It’s not easy out there in the dating world. With all these dating apps and dudes looking for a casual fling, it’s hard to figure out if you’re on the right track when it comes to finding a man to have a serious relationship with. Here are a few things to watch out for to make sure the guy of your dreams doesn’t slip away.

This one really applies to all genders. Personal hygiene is extremely important not only if you want to have a relationship, but for your own health as well. And trust us, no man is going to want to be intimate with you if he knows you only shower once a week or don’t brush your teeth.

We know you love Sephora, but you’ll have to tone it down a little bit.

Wearing Too Much Makeup All The Time 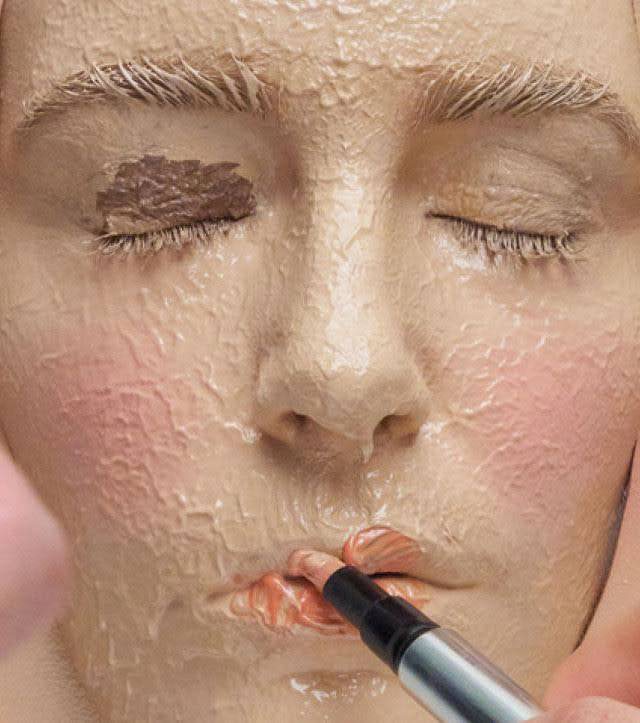 If a guy tells you he prefers a woman who wears zero makeup, he’s lying. But that doesn’t mean you have to overdo it. Wearing a light foundation, a subtle cheek blush, and some lip gloss is usually all you need to bring out your natural beauty. Sure, put on eyeshadow and mascara for date nights out. But otherwise, keep it simple.

You may also want to get a gym membership.

Not Taking Care Of Yourself 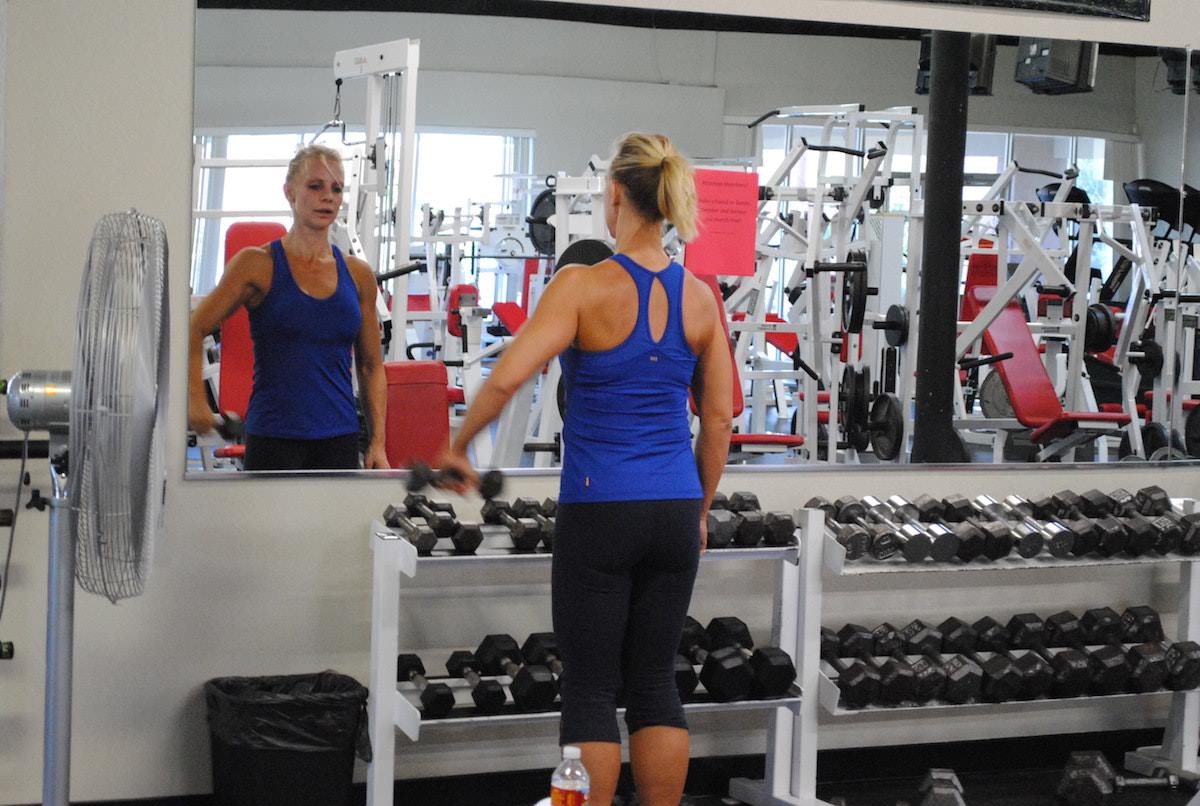 Though it’s not the only thing that matters in a relationship, physical attraction is important. And a man won’t be attracted to you if he realizes you don’t care about your body and your fitness. It’s a two-way street, too. After all, you can’t criticize his beer belly if you won’t do something about your own love handles.

Remember that you’re not in high school anymore.

Being A Gossip Girl 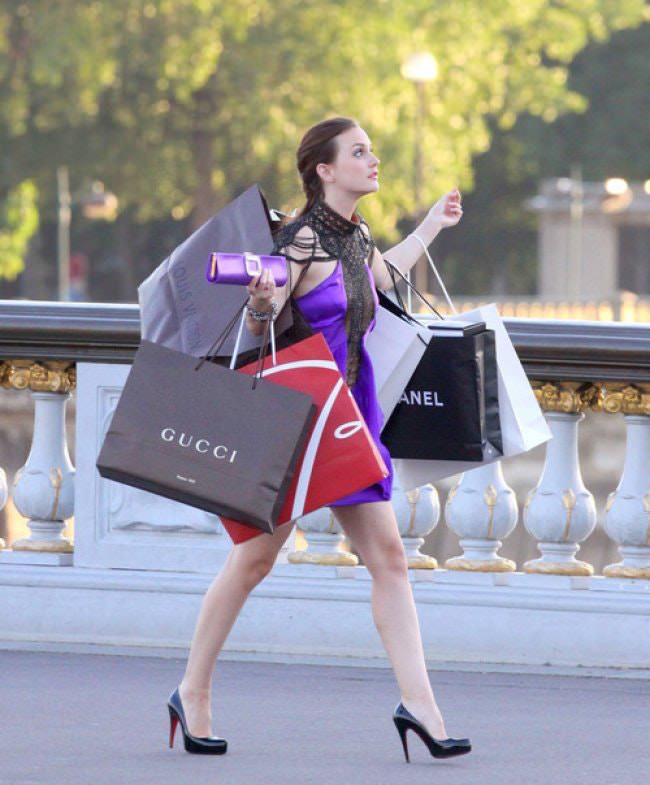 Women can sometimes fall into the trap of gossip, especially when we’re around other women. But men don’t want to hear about the salacious chatter at your office. It makes you look petty and judgmental and makes it seem like your life is so boring you have to meddle in other people’s business. Cut the habit for your own good.

Do you rub your successes in other people’s faces? 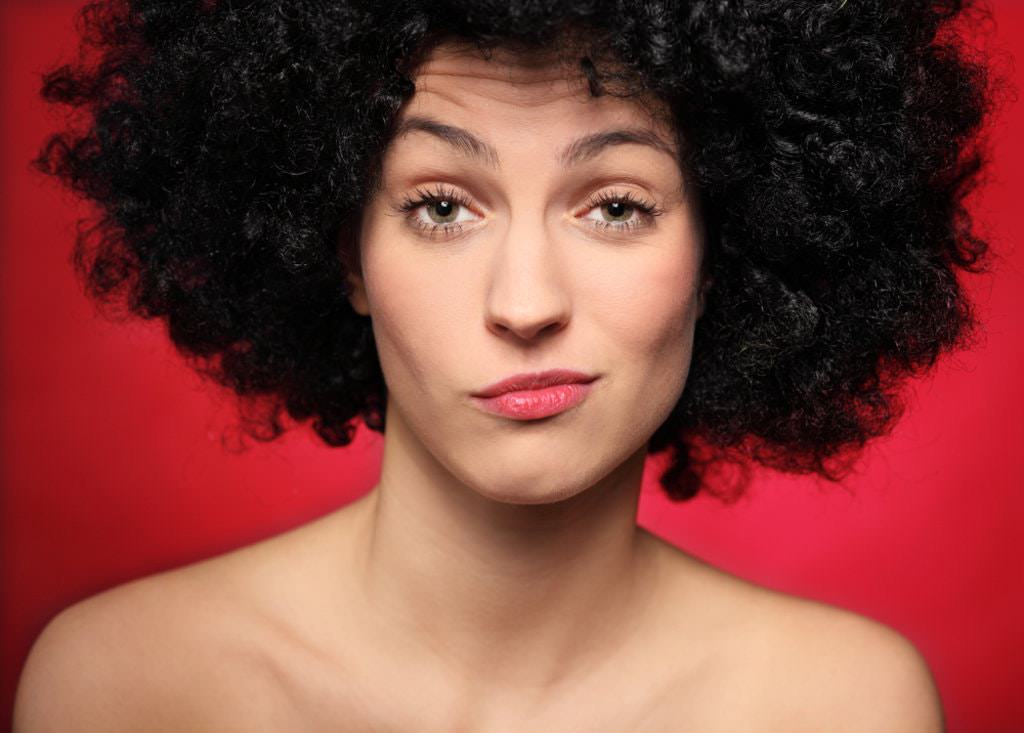 Arrogance is indicative of an insecure person who is overcompensating. Women have many insecurities due to society’s expectations of female perfection. So we won’t blame you if sometimes you try to cover it up with a dose of hubris. But you risk losing the interest of a worthy man. It’s better to be yourself, insecurities and all.

Your new man doesn’t need to hear how bad your ex-boyfriend was in bed. 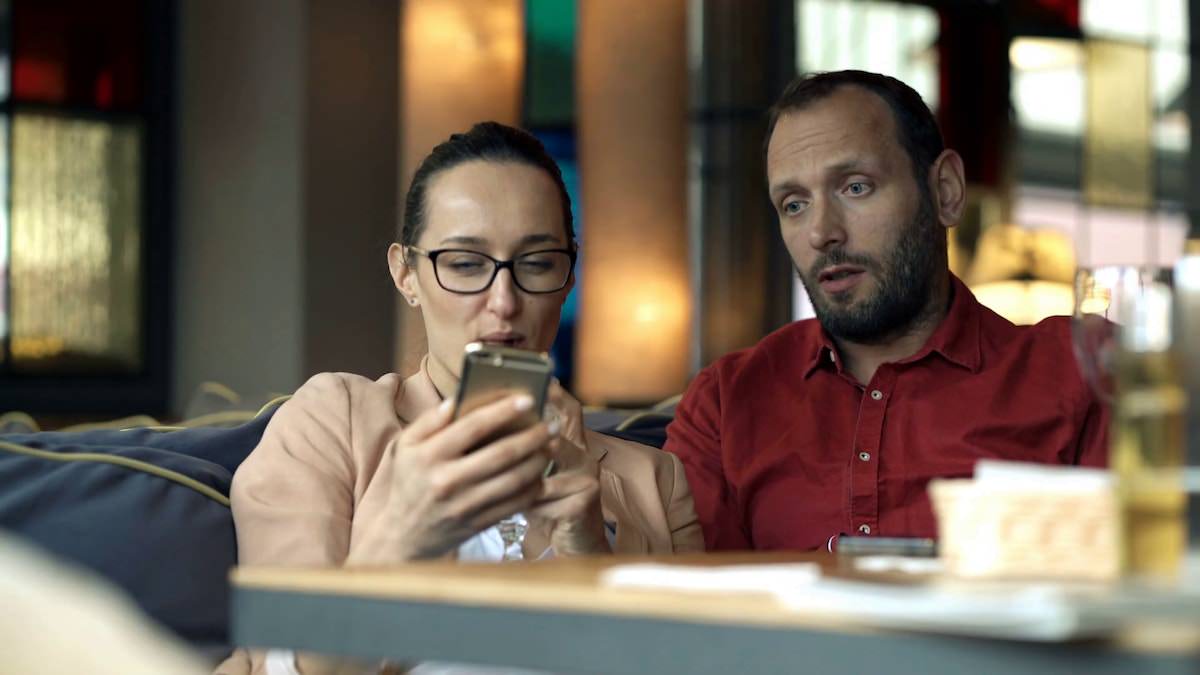 It’s not always easy getting over the pain that you’ve suffered, even if you’re in a new relationship. But don’t vent about previous relationships with your new man. He will think that you’re stuck in the past and don’t take him seriously. If you have to complain, do it with your girlfriends.

Stop thinking of April Ludgate as a role model.

Being Cynical About Everything 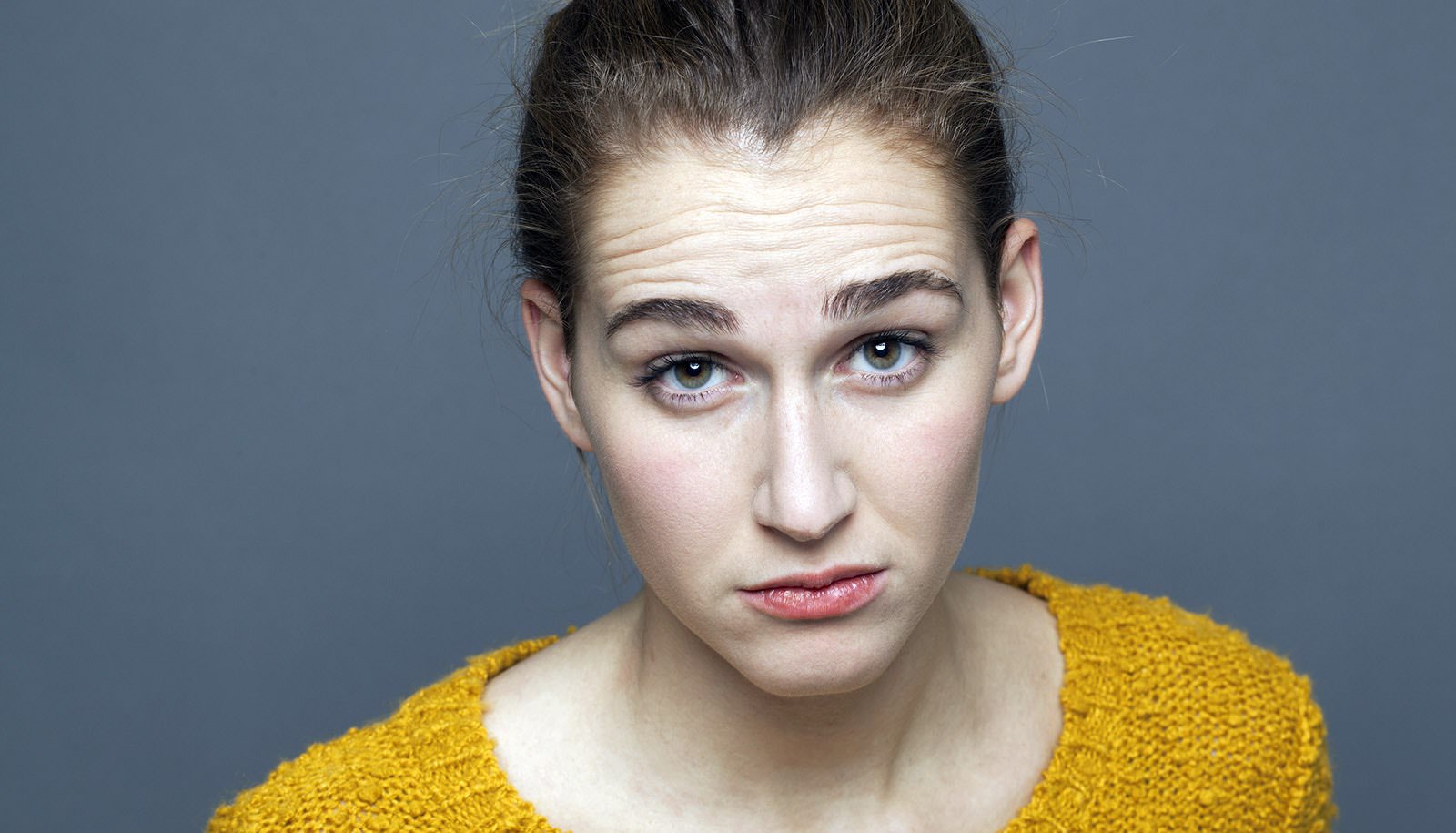 Cynicism can be a way to cope with the world around us. But there is such a thing as being too cynical. Men will think you don’t enjoy anything, and who wants to be around a person like that? You don’t have to be overly positive, either. Just be earnest about the things that make you happy and don’t be afraid to express joy.

Let your guy off the hook every once in a while. 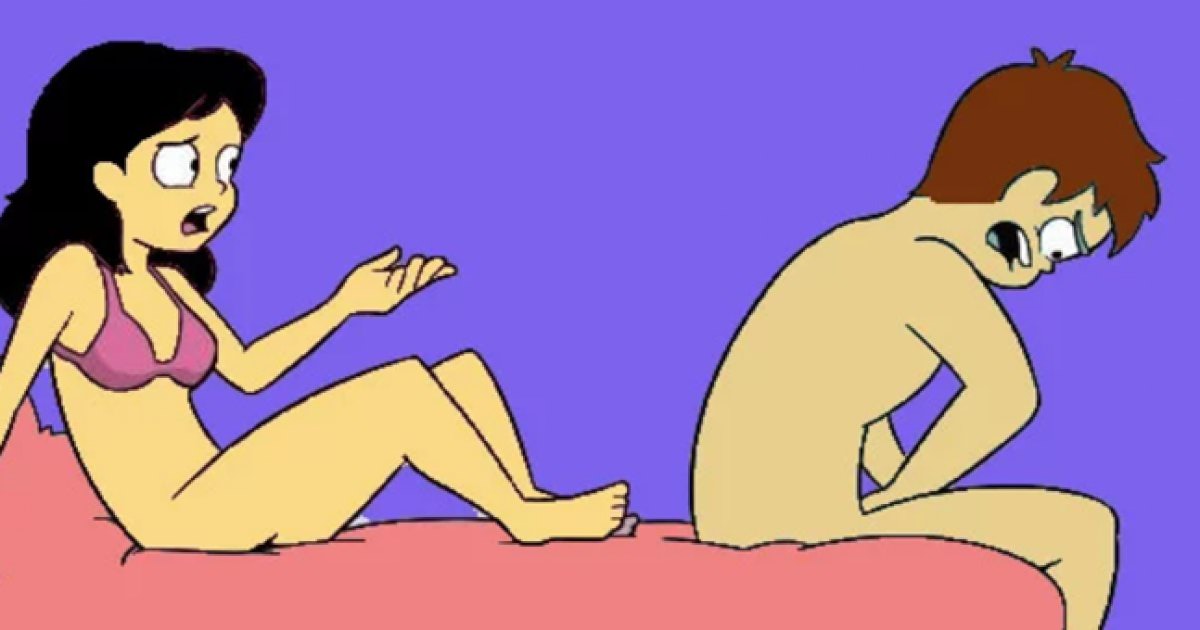 Living in a society where women are seen as the “caretakers,” it’s easy to become a nagging girlfriend or wife. But treating your man like he’s a child who needs to be told what to do is counterproductive. Remember that you’re both adults and you need to give and take in equal parts.

You’ll probably have to stop watching the Kardashians.

Creating Or Engaging In Drama 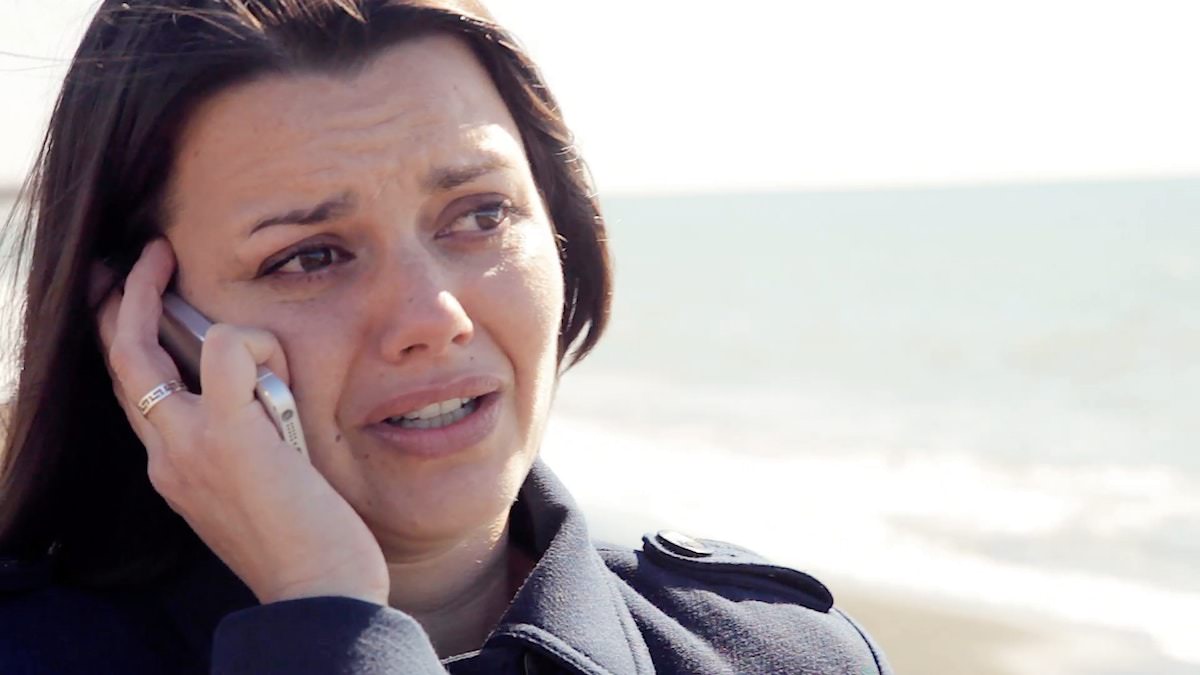 Drama is fine for soap operas and reality shows. But no mature person wants that in their life. Constantly inserting yourself into other people’s problems or starting unnecessary arguments just for the sake of it will only show your man that you’re not ready for an adult relationship. You’re not a teenager anymore, so stop.

Do you want to be replaced with a life-sized doll?

Not Engaging In Conversation 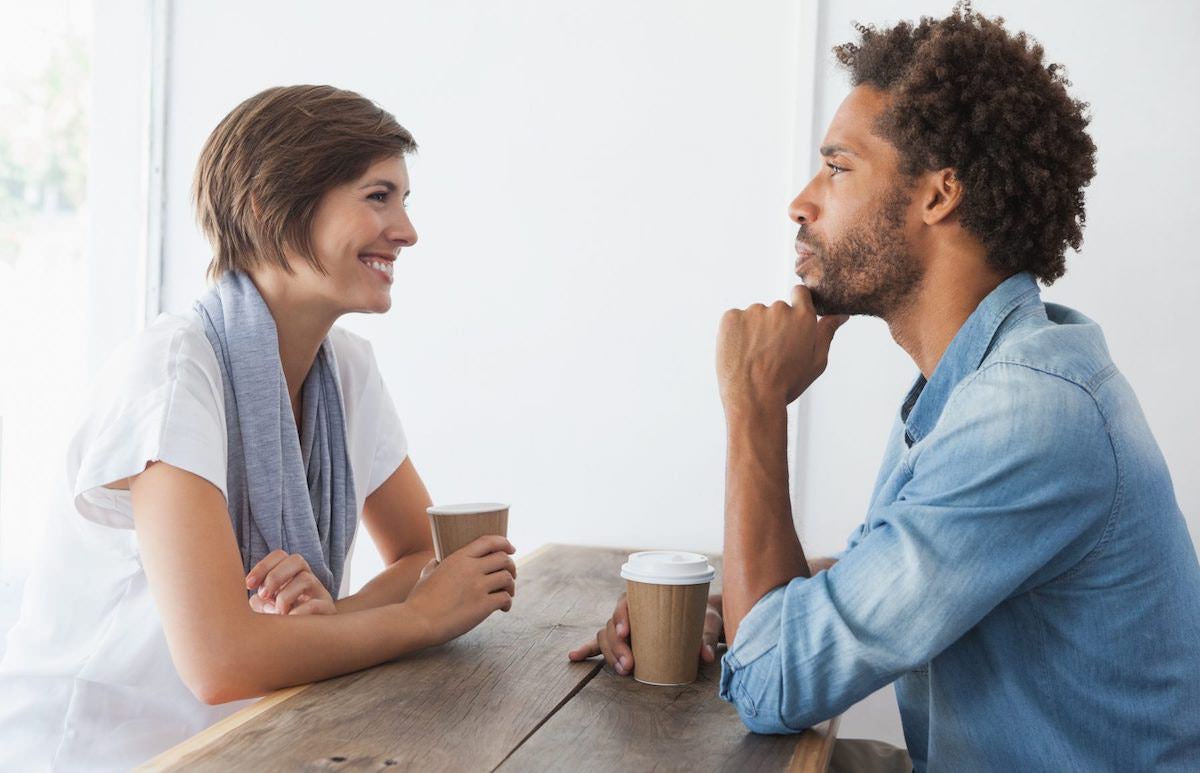 Not everybody is a talkative person, we get that. But no man wants a girlfriend who only sits there, smiles, and nods while he’s racking his brain for new topics of conversation. We are sure your life is interesting, so talk about it. Otherwise, he’s going to be bored of you pretty fast.

Your obsession with the 80s will finally come in handy.

Having No Passions In Your Life 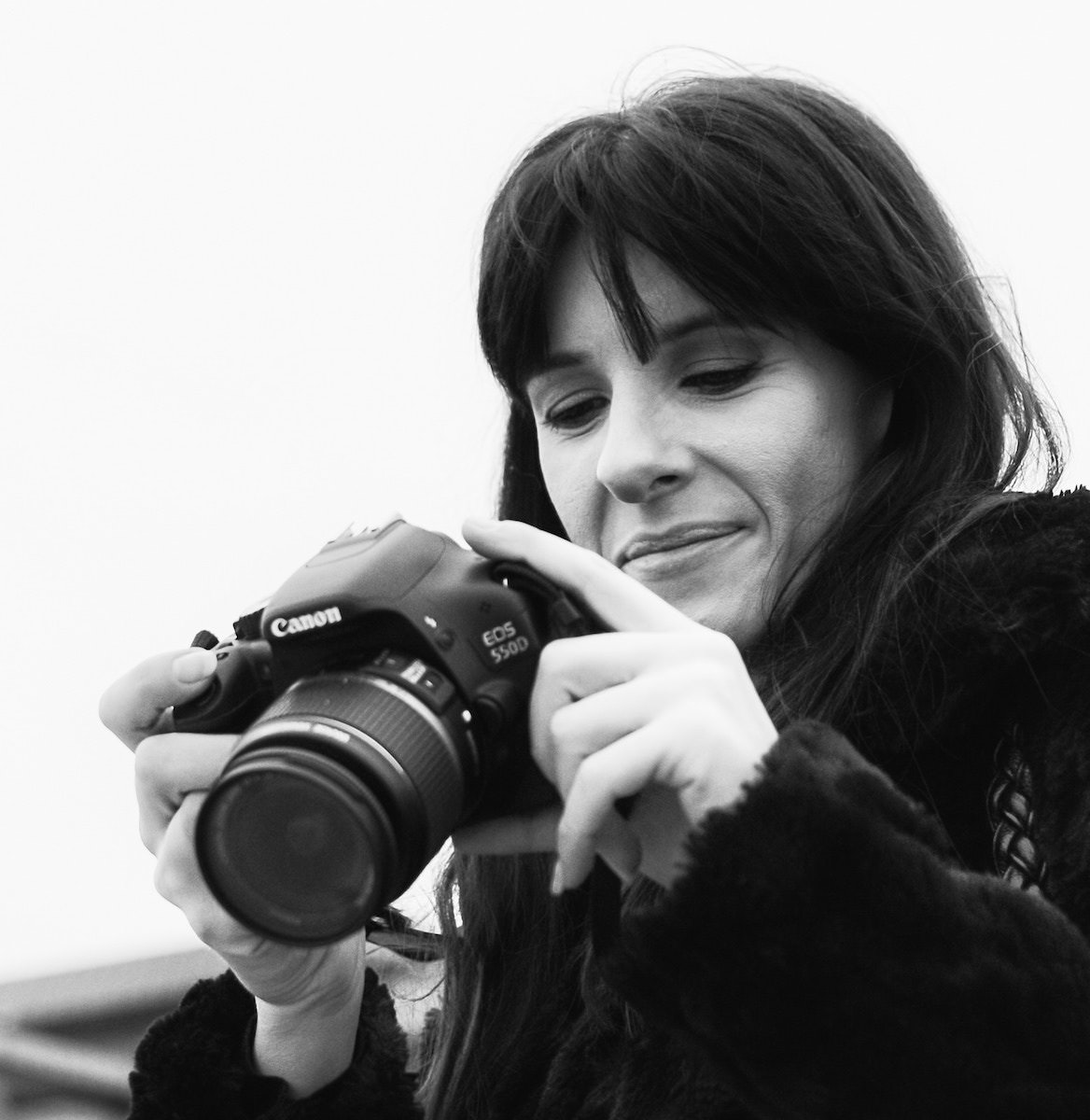 Unless you’re a workaholic, you probably have at least one hobby. It doesn’t have to be the most interesting thing in the world. What matters is that you feel passionate about it and you let it show. Even if you’re an amateur baker who burns every batch of cookies, guys will find it sexy. Believe us.

If you’re prone to tantrums, get ready for a lonely life.

Having A Bad Temper 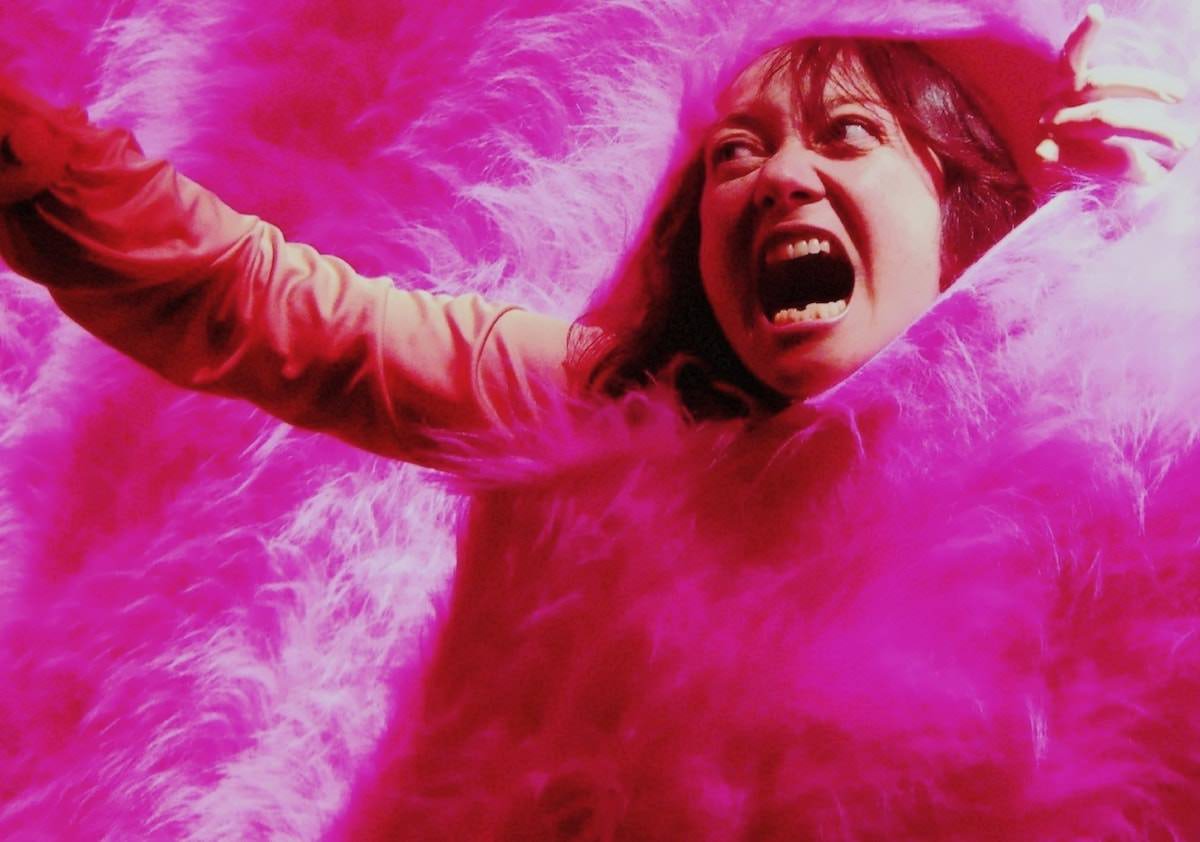 Temperament is all about self-control. It doesn’t mean you have to be a pushover or the most agreeable woman in the world. But getting upset over the tiniest of things will only put a strain on your romance. Having patience and perspective will show that you’re mature and ready for a serious relationship.

You don’t want to spend the rest of your life pretending to be someone you’re not, do you?

Not Being True To Yourself 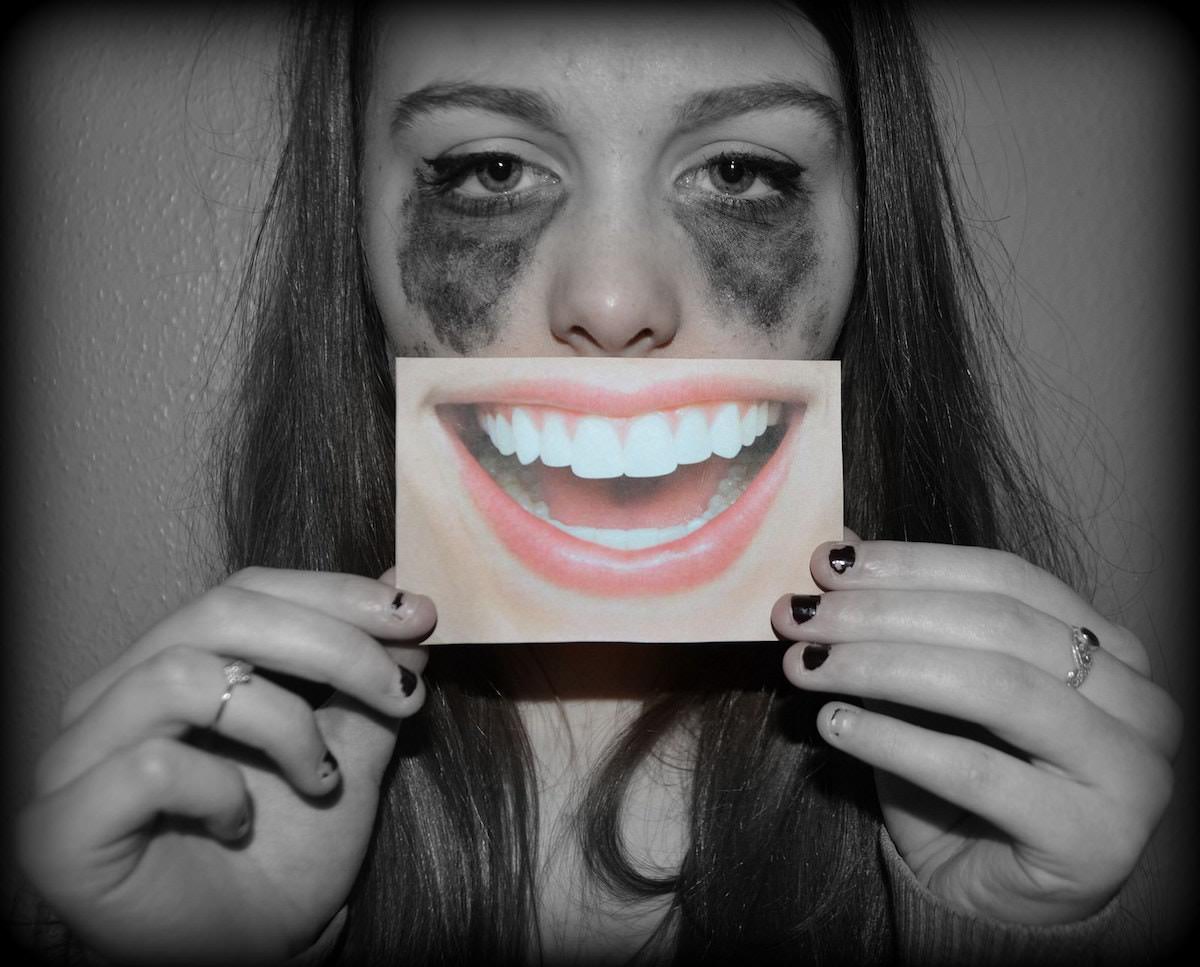 Society tells women that finding a man is the most important thing they can do. So it’s no wonder why some women completely change their personalities just to get a guy to like them. But trust us, it will backfire. Men will sniff out the charade eventually, and then leave you for being fake. It’s a lose-lose proposition.

You don’t have to be a hippie to understand the value of kindness.

Being Unkind To Strangers 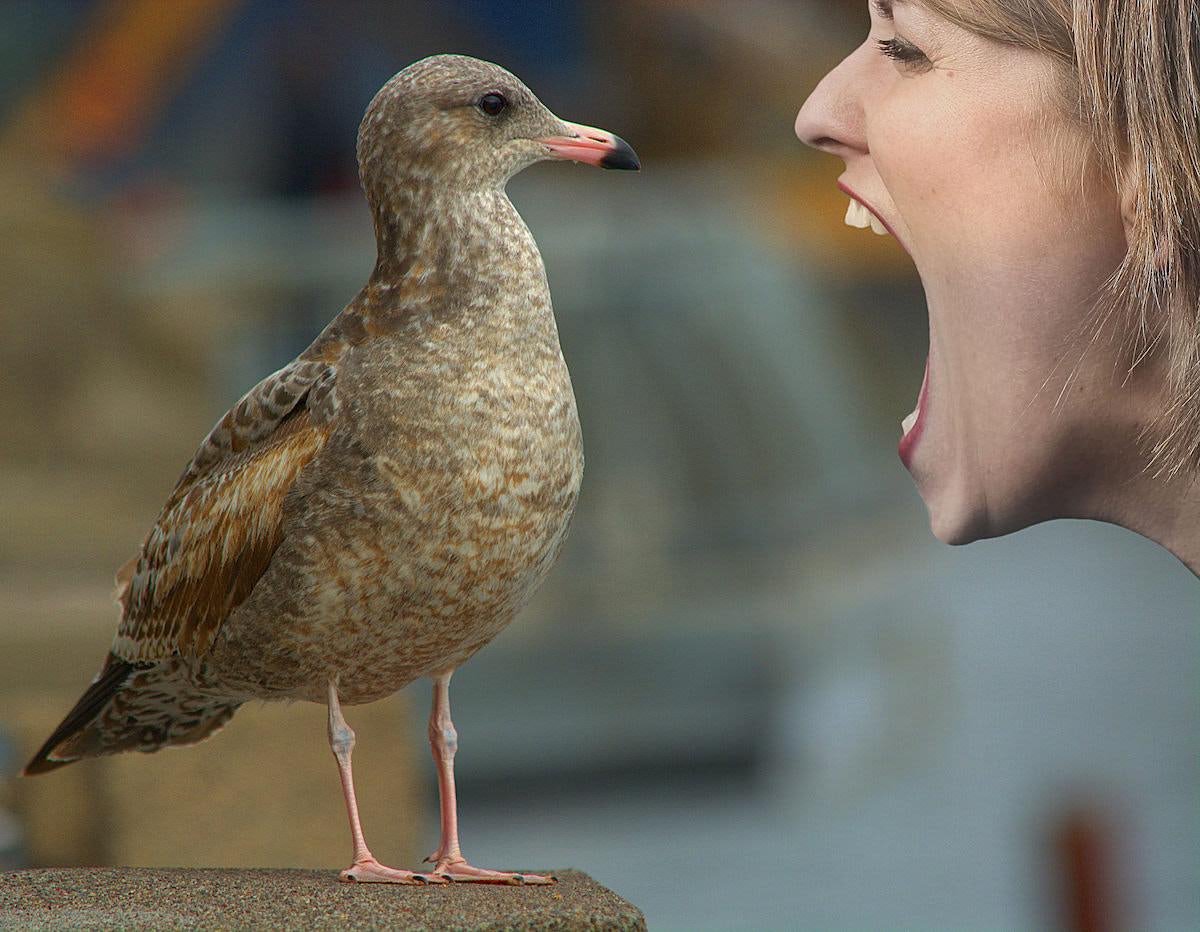 Empathy and compassion are two of the most valuable traits a person can have. When you are unkind to people around you, it speaks volumes about the quality of your character — or lack thereof. You have to give respect to get respect, and it doesn’t just apply to people you want to have a relationship with.

Are you one of those people who hears, but doesn’t listen? 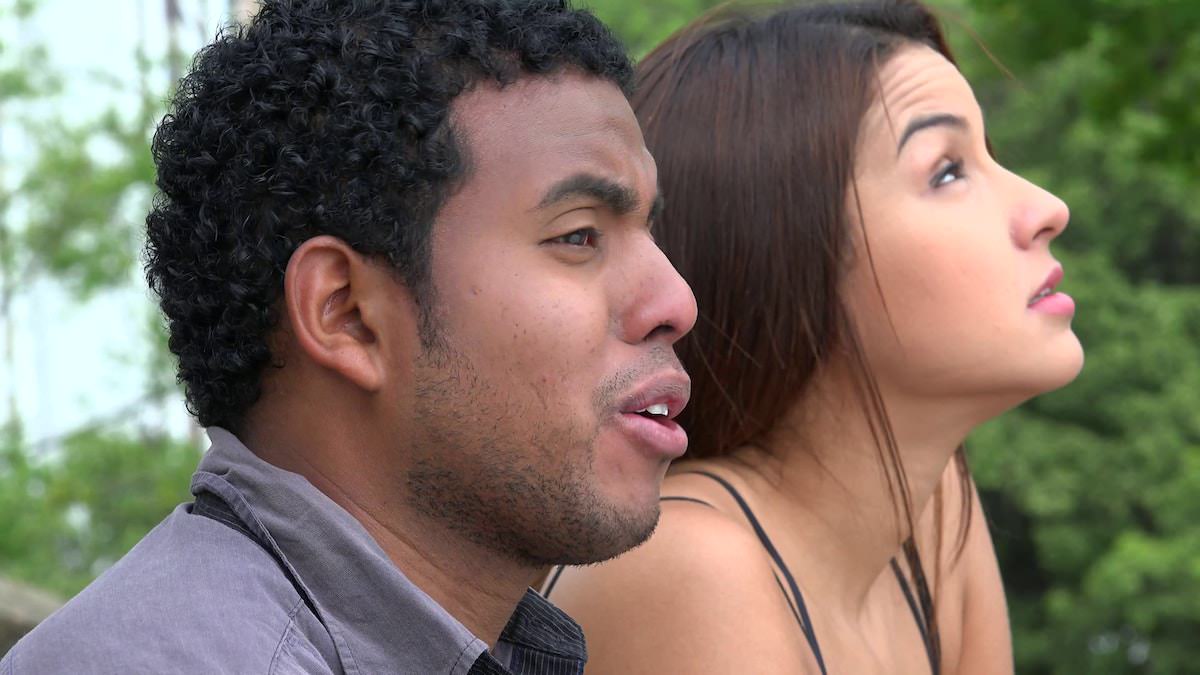 Society tells men to never externalize their feelings for fear of appearing vulnerable. So it’s hugely important that, once a man is comfortable enough with you to share what he thinks and feels, you listen. Pay attention, make him feel heard and not judged, and let him know that he can always come to you when he wants to get something off his chest.