Curiosities accompany us almost everywhere, and families are a gold mine of jokes and puns.

I had an argument with my husband, and he made me really mad. So I went to take a shower, being angry with him every single second. And suddenly I realized that I completely forgot the reason for my anger. The only possible way was to go and clarify it with him.

I was 10 years old when my dad decided to teach me to swim. It lasted for 15 seconds, long enough to throw me off the pier. As a side effect, I also learned how to swear…

I was a student. Of course, I didn’t have enough money. I had to go to the nearby town by train. I took some water from the tap and bought one bagel in a market. The route was to last for 7 hours. So I was lying on the upper berth feeling an unbearable hunger. I was almost starving to death, and I’d already eaten my bagel. On a lower berth, there was a family. They were eating chicken, and my mouth was watering. Suddenly the father said to me, “You’re probably hungry. Come down and eat.” I couldn’t believe my ears! I came down, sat, and heard, “Wait a minute. We’ll get our food out of the way so you can eat yours.” 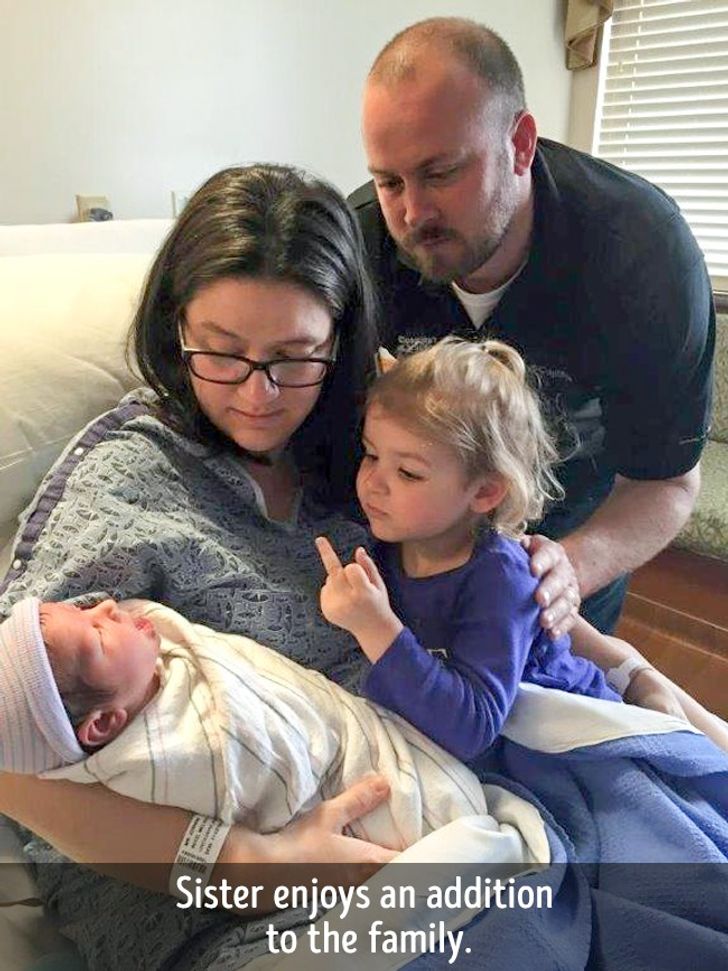 My younger brother asked:
— Is it true that you get all the examination questions before the exam?
Me:
— Yes.
Brother:
— So you can learn them all!

We were having dinner with my husband’s new friends. Suddenly we heard a scream. We ran outside and saw 2 drunk men. One had 4 fingers chopped off, and the other one was holding an axe. I reacted immediately: I knocked out the one with the axe, called an ambulance, put the fingers in the freezer, and bandaged the injured man’s hand to avoid a hemorrhage. In other words, I did my best. But our new friends fled away screaming that we were insane because the pregnant woman (I was 8 months pregnant) was such a nut.

My sister rocks. She came home after a birthday party, and when Mom asked, “Did you drink?” she answered, “A wlass of gine.” 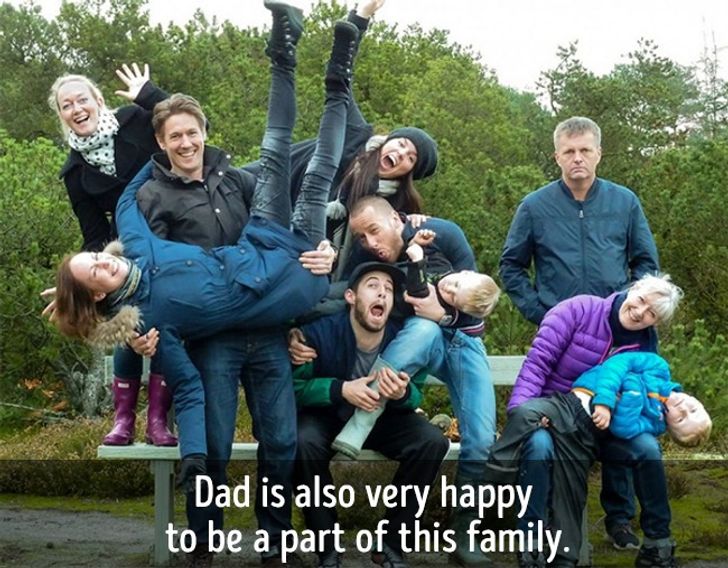 Once my husband was taking a shower on the second floor. He locked the door, and the lock jammed. Neither he nor I could open it. So he had to go out the window (on the roof of the terrace). The same evening, our neighbor said conspiratorially that he saw my escaping lover. My husband wasn’t confused and answered, “Yes, I know. That one was mine.”

I decided to tell my husband about my pregnancy in an unusual way. I created an origami stork, put the pregnancy test in the stork’s beak, and glued the bird to the bathroom door. My husband asked, “Why is this crane smoking?”

I was sitting at home and cleaning my electric guitar with vodka. It helps to remove stains and doesn’t damage the lacquer. I was also eating candy that I’d sneaked from the kitchen. I finished with my guitar and put it on the rack. Suddenly Mom came in. The dumb show lasted for 5 seconds: me, sitting at the table, a bottle of vodka and candy. Mom only pronounced, “Feeling sad, my boy?” 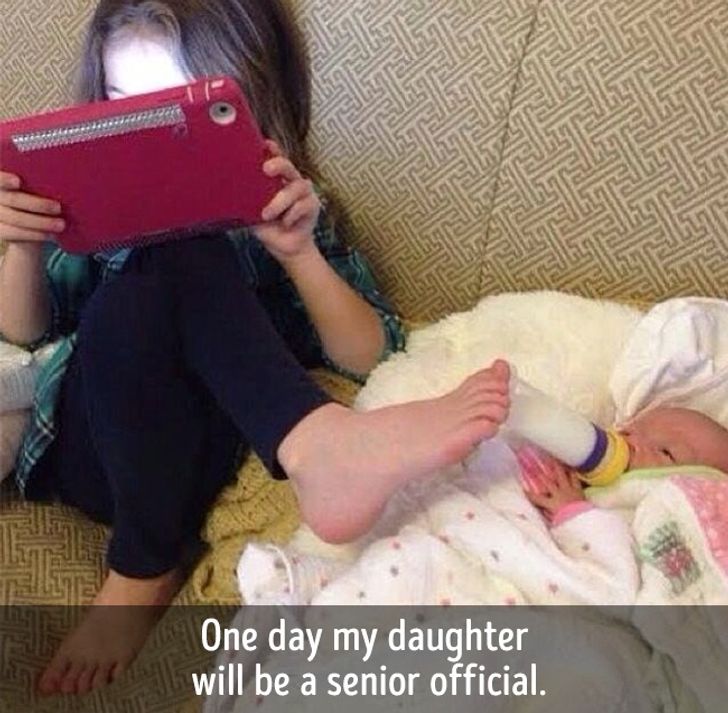 When I was entering school, I had to pass a so-called exam. One of the tasks was to sing a song. And I sang, “I’m on a highway to hell! Don’t stop me! Highway to hell…” 11 years later, my sister was entering the same school and sang during her exam, “Will the real Slim Shady please stand up? Please stand up!” I guess the school will always remember our family.

My husband, my youngest son, and I were walking along the waterfront. There were children on a playground, and sometimes we could hear parents screaming, “Mirabella! Rocket! Zahara! Silvio!” And suddenly, “Johnny!” Just like music to our ears.

When I was a kid, we had to dig potatoes in the fall. My parents arrived at the fields and realized that there were no potatoes! Someone had dug them all up. Everyone was screaming and swearing…especially Dad. And Mom couldn’t understand the reason for such robbery. Finally, it turned out that Dad and his brother hadn’t even planted them. They just said they were going to plant potatoes when they wanted to hang out.