According to a Crown Clinic survey, men change their hairstyles drastically around 3 times from the age of 18 to 35. At the same time, 36% of respondents confess that they usually make a drastic change in style because they get tired of the old one, 15% do it in order to stay in fashion, and 12% get inspired by the example of some celebrity. We don’t know exactly what affected the characters of our compilation, but the facts remain the same — they visited the barber and turned into completely different people.

You already know how much Personal Gain likes cool transformations. Today we are going to show you some examples of how fantastically amazing a person’s look can change when they get their hair cut or dyed.

“My friend says he regrets cutting his beard off… Shall I tell him he’s crazy?” 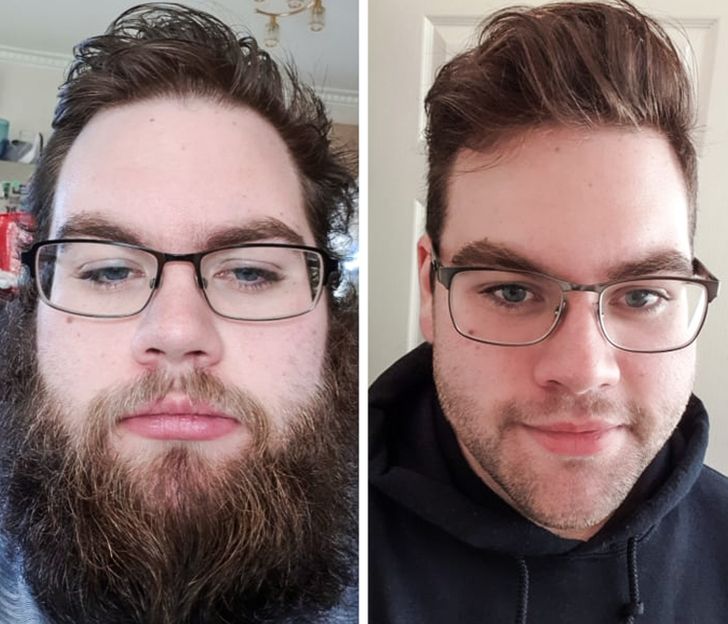 “My barber is a real hero.” 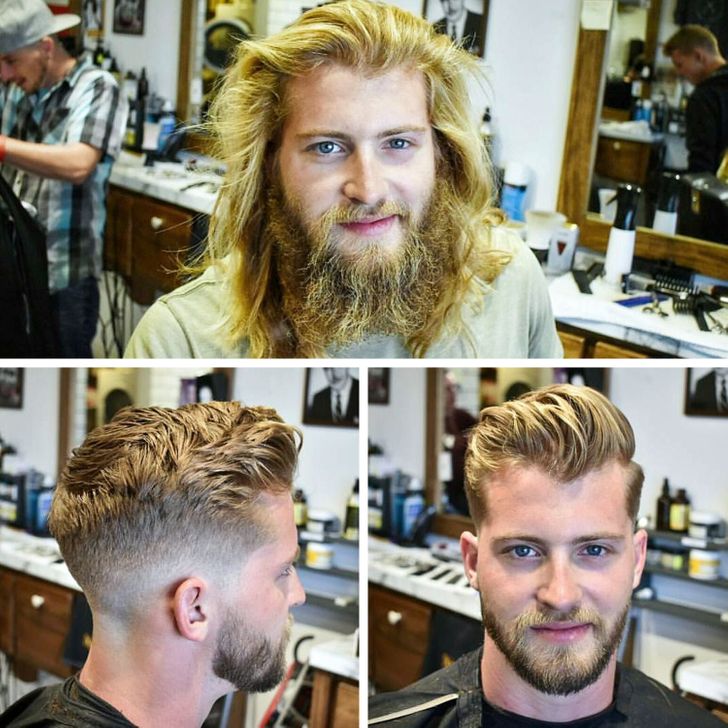 “Chopped my hair off after 7 years!” 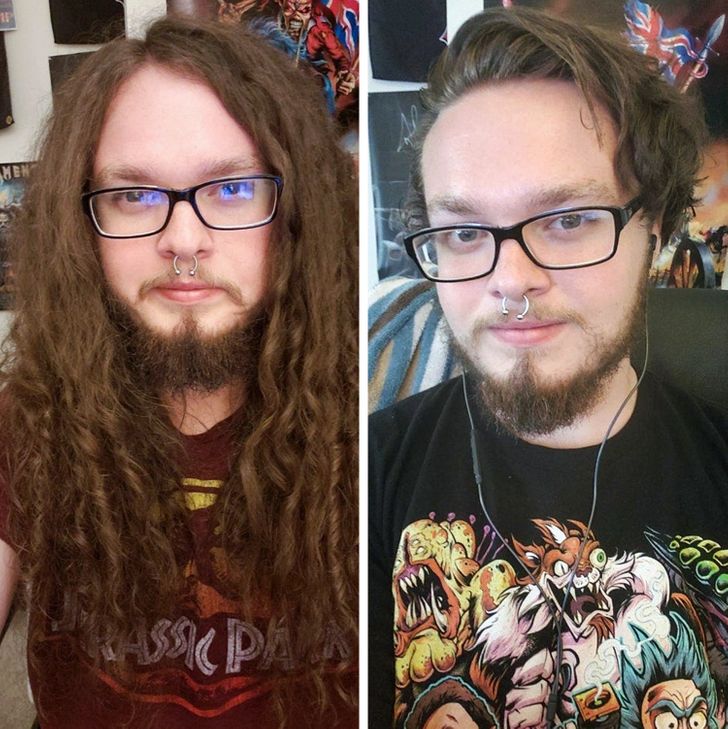 “Cut my hair yesterday and bleached it. I’m happy with my decision.” 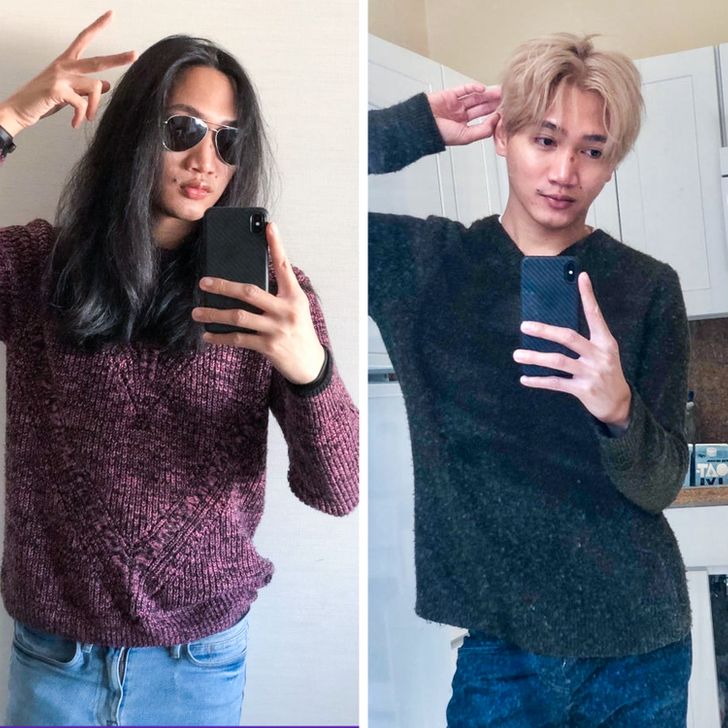 A before and after of the cut 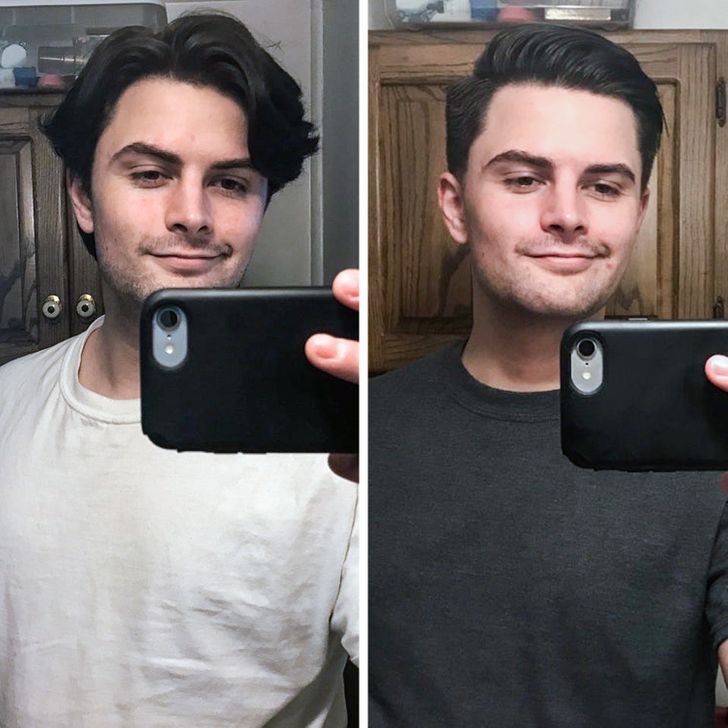 “That fringe was pretty awful.” 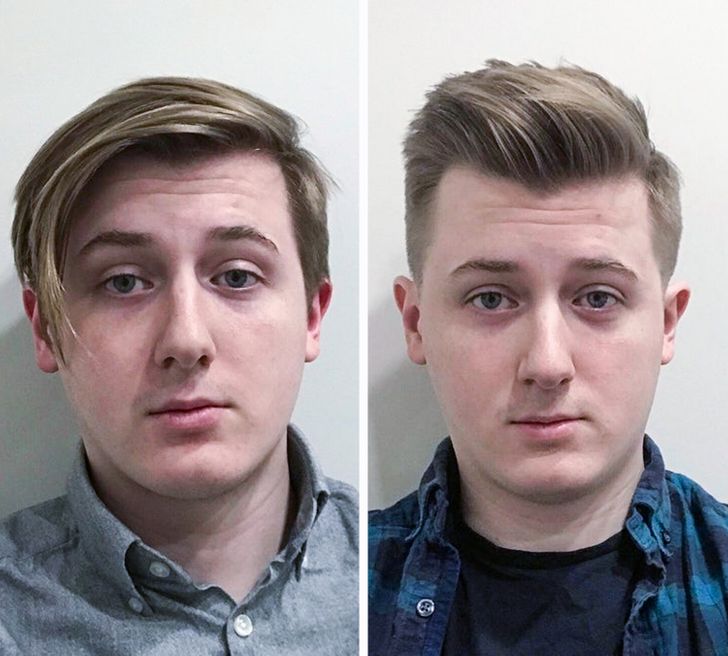 “I had very long and thin hair. So I decided to get a buzz cut.” 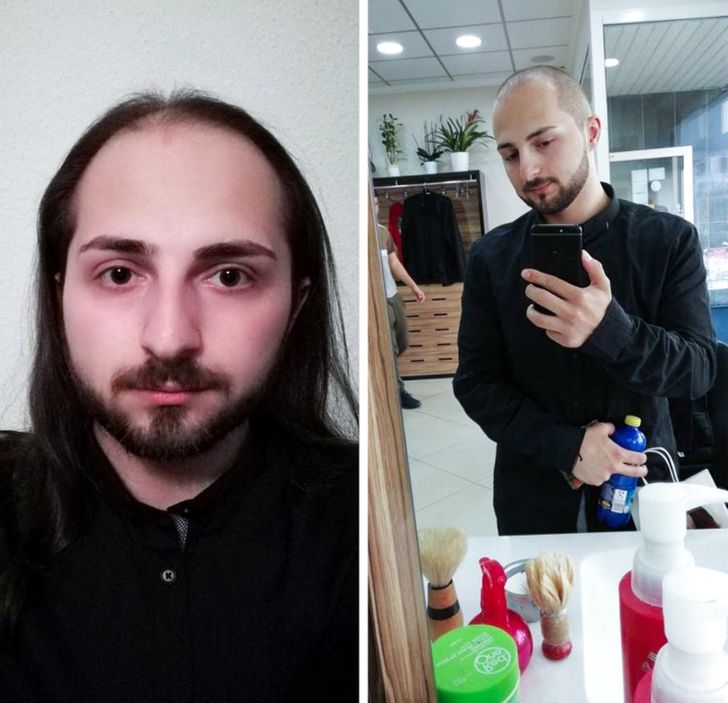 “It’s amazing what a haircut can do.” 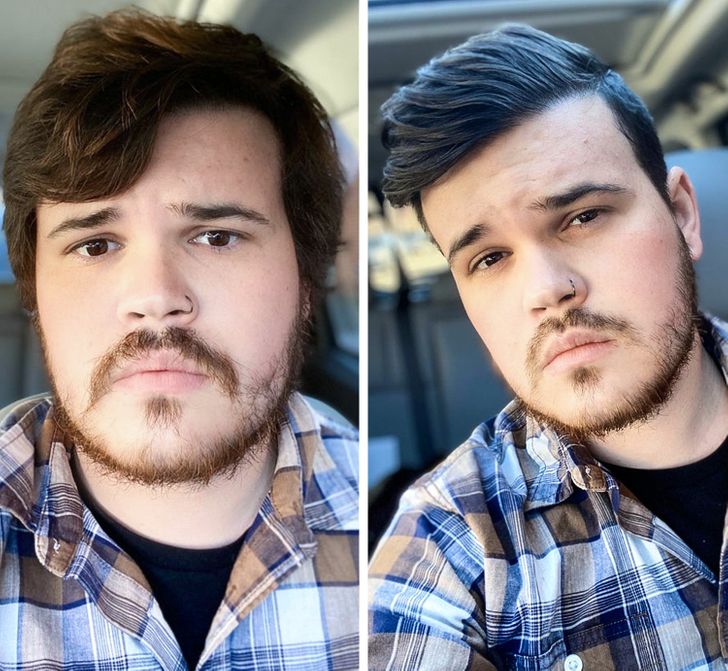 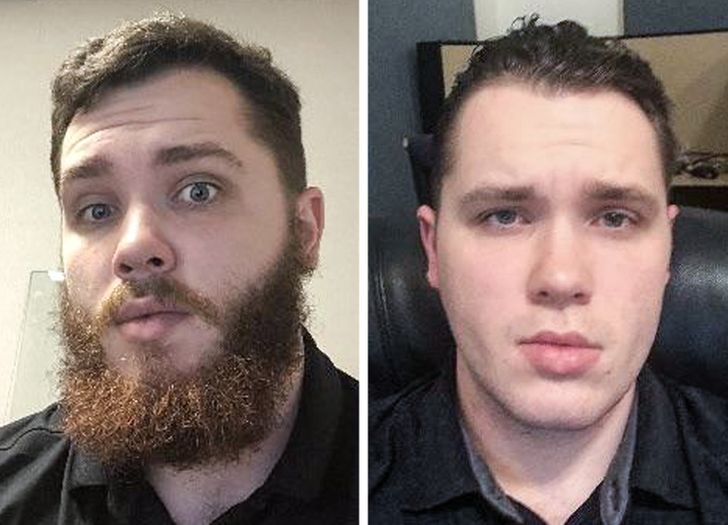 “I cut off the dreadlocks, but I’m missing them already.” 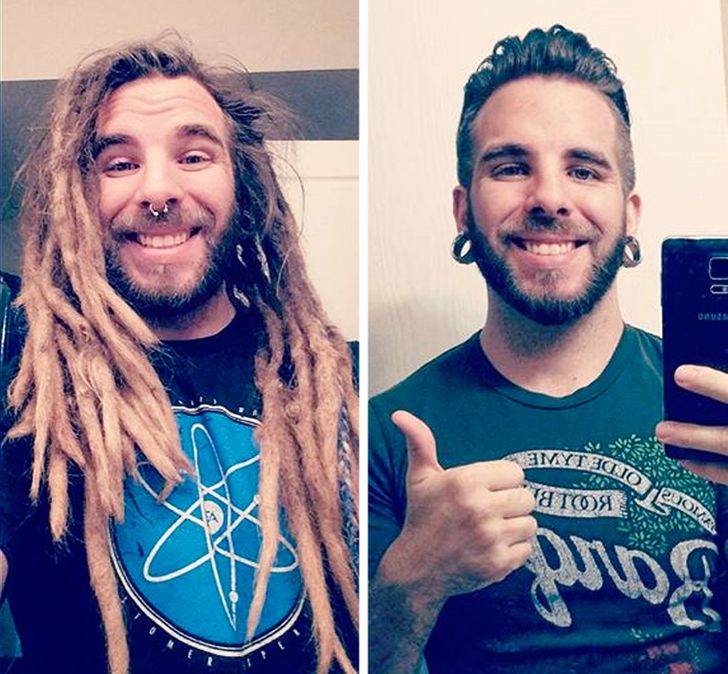 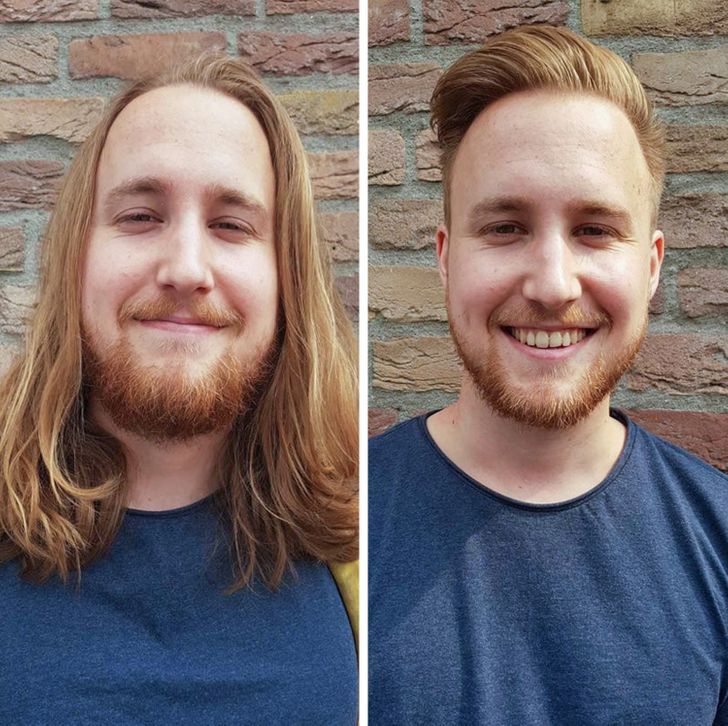 “This guy’s beard was epic! A nice little before and after I did at work today.” 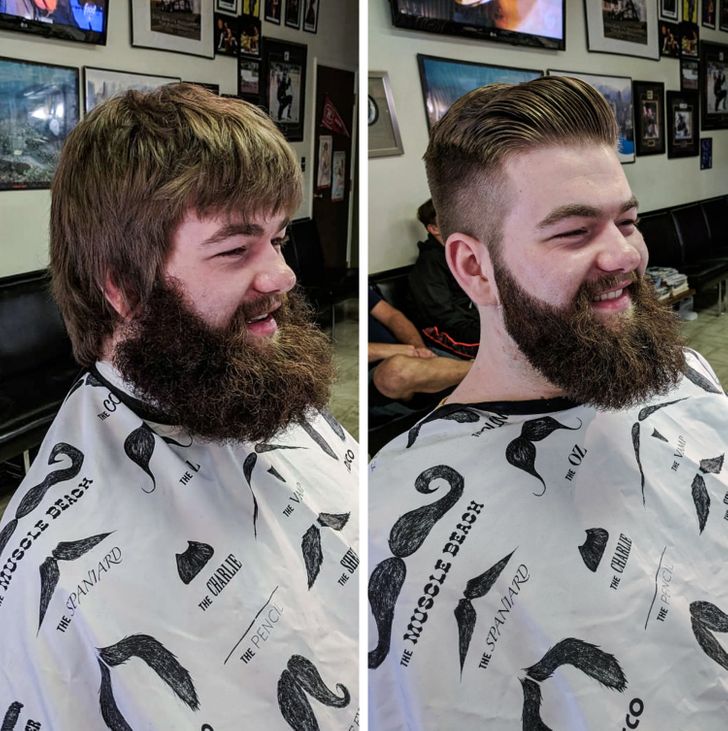 “Trimmed the hair and updated the color.” 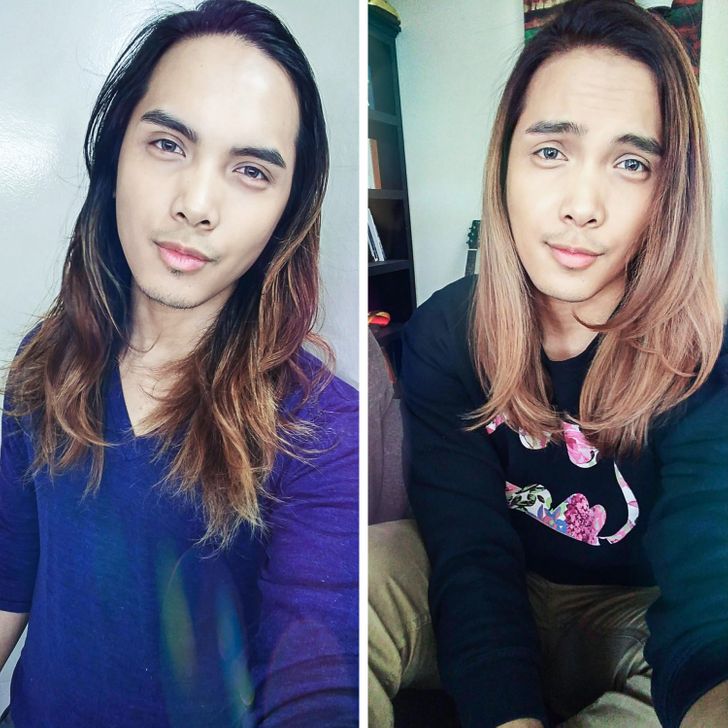 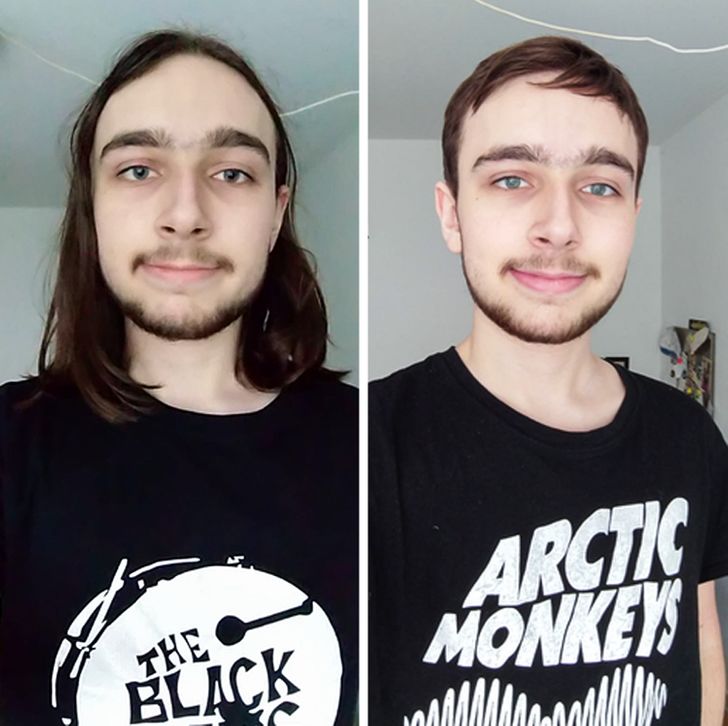 “A few weeks ago, I donated my hair to make wigs for patients with cancer.” 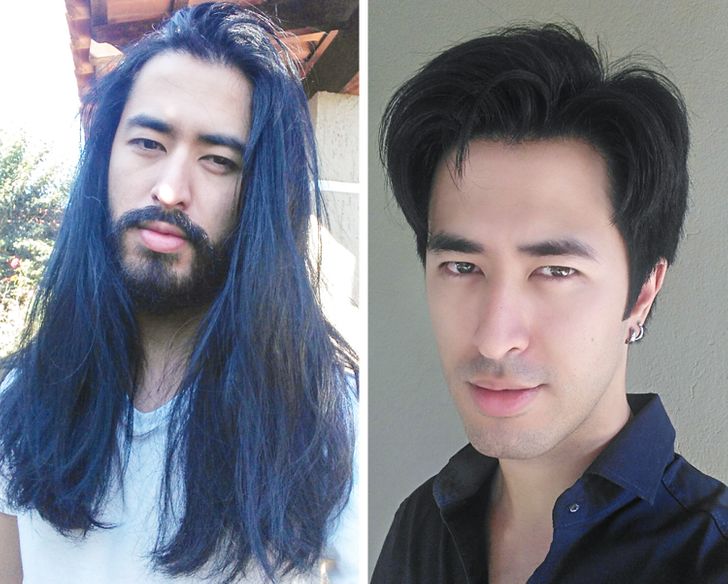 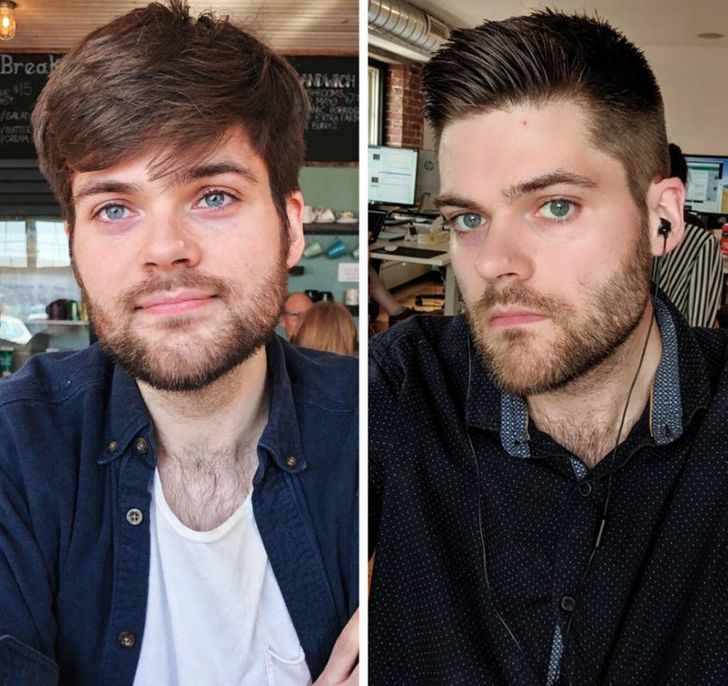 “Well, the transformation is complete.” 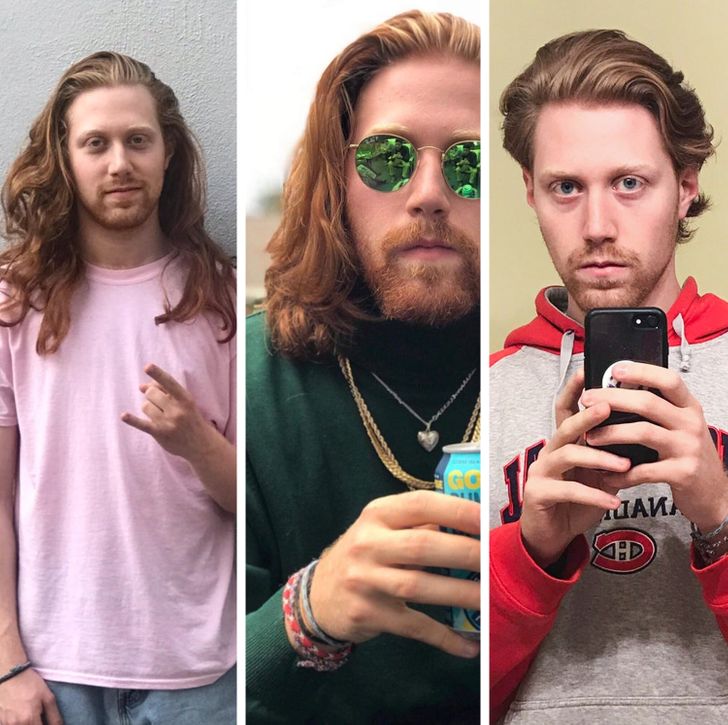 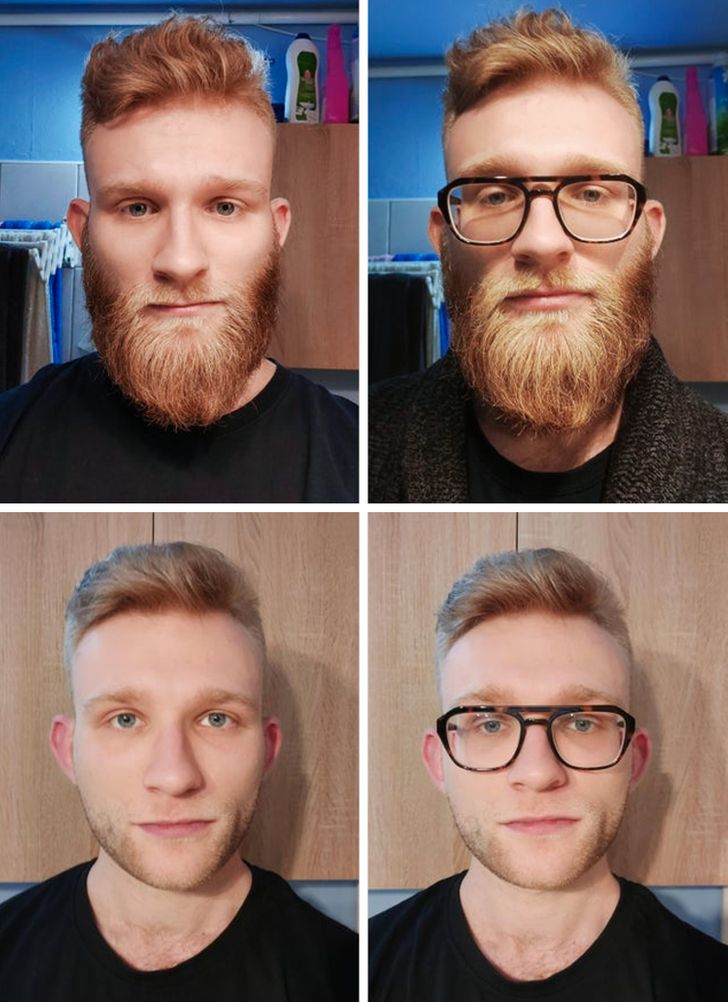 “Took the advice and cut my hair short.” 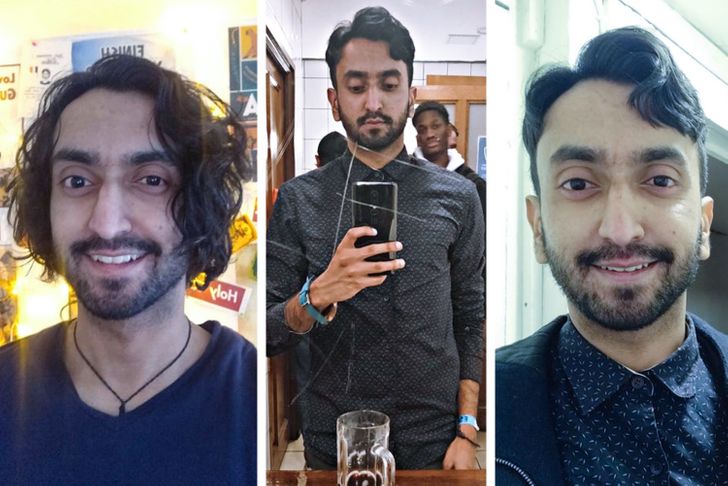 “Dyed my hair green several weeks ago and I like the result a lot.” 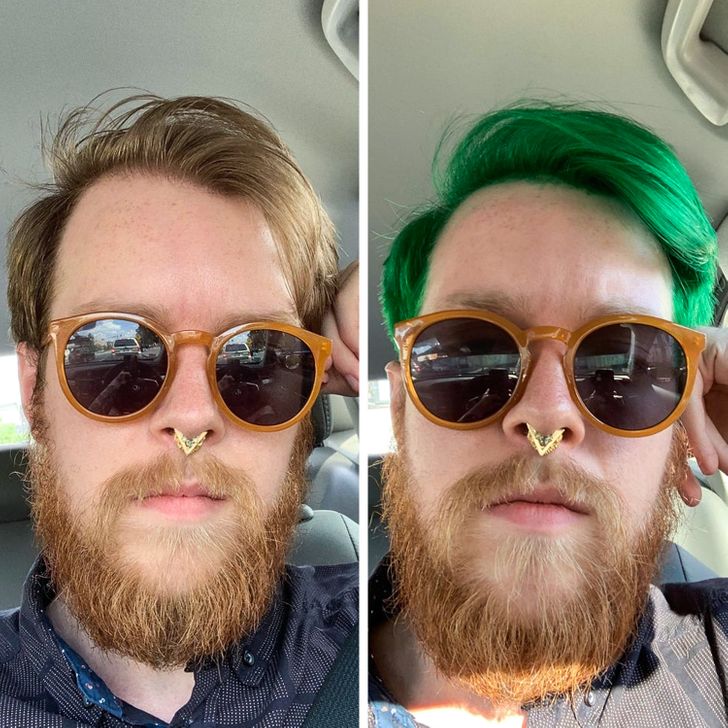 “Finally went to a real barber!” 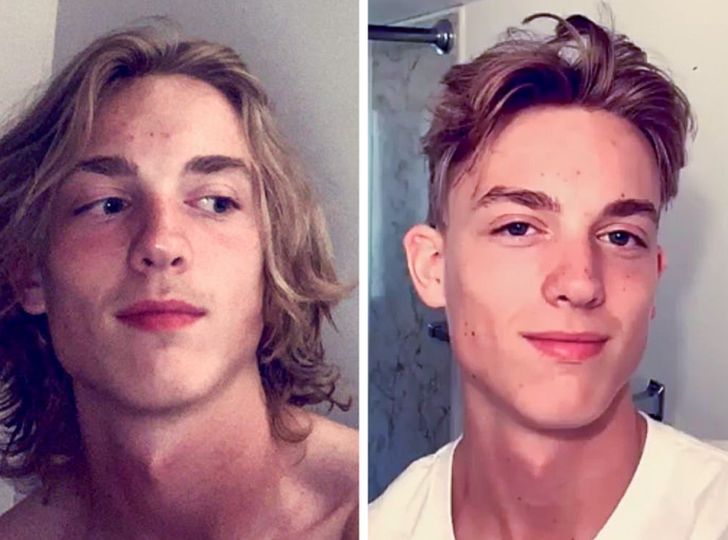 “My boyfriend had his hair cut and my jaw dropped when I saw him.” 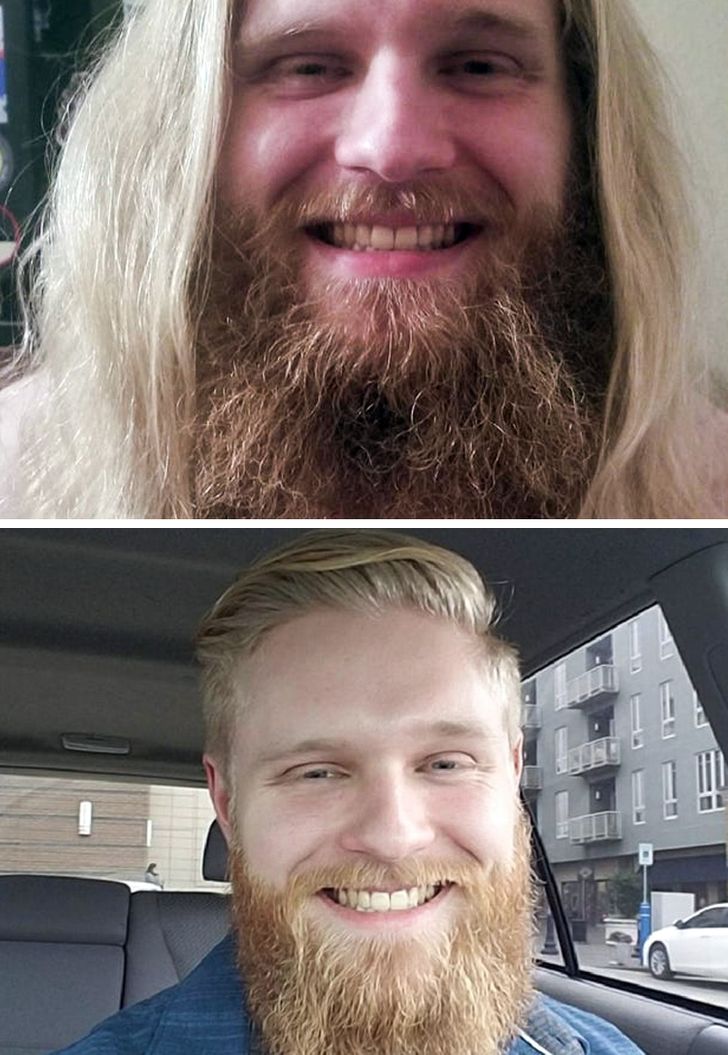 We are sure that our readers have their own examples of transformations. Please tell us about your experiments with hairstyles or show your photos in the comments!