If you are feeling like your brain needs a little tuning, puzzles and riddles are probably the best way to keep it functioning to perfection. Not using your brain a lot results in it getting weaker and you certainly don’t want that to happen. Working too much on your brain might seem hard at first, but the benefits later in life will be worth all the effort.

Bright Side has gathered 9 puzzling riddles and stories that require your brain to operate in a tremendously fast and accurate mode. 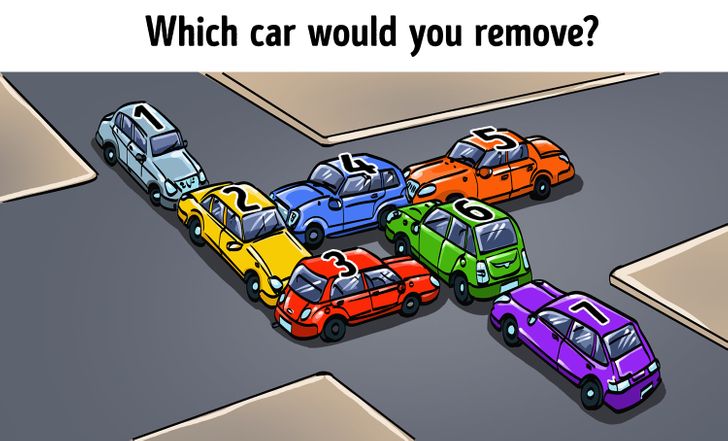 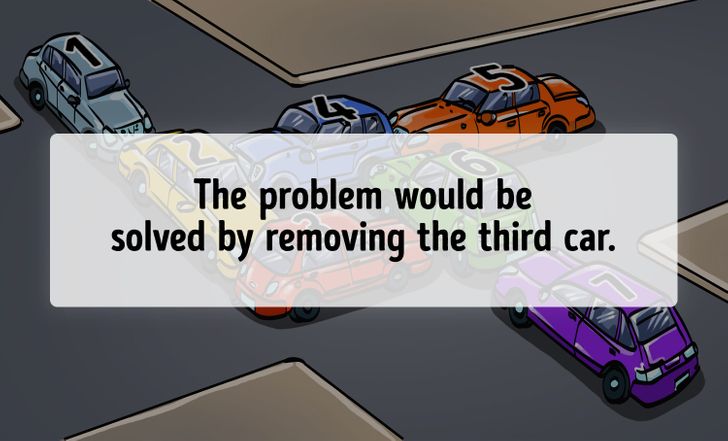 7 cars have met in an intersection and a traffic jam has been created. If one car was removed from the image, the rest of them would be free to move their way. 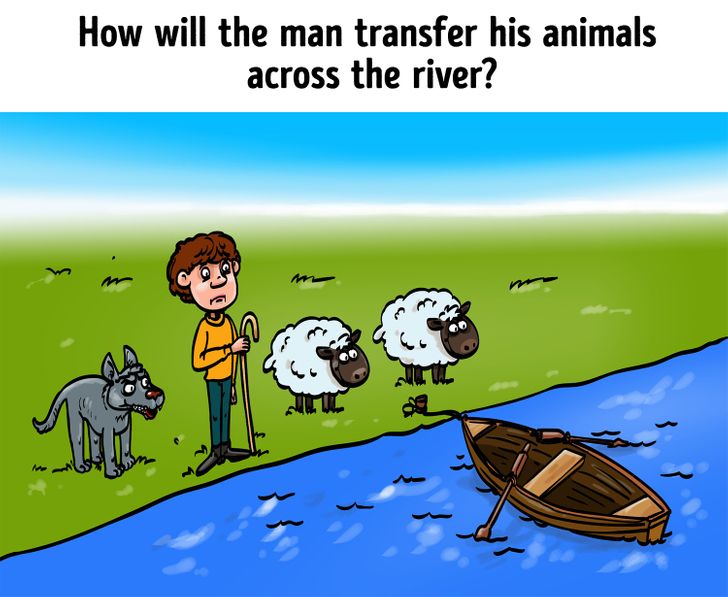 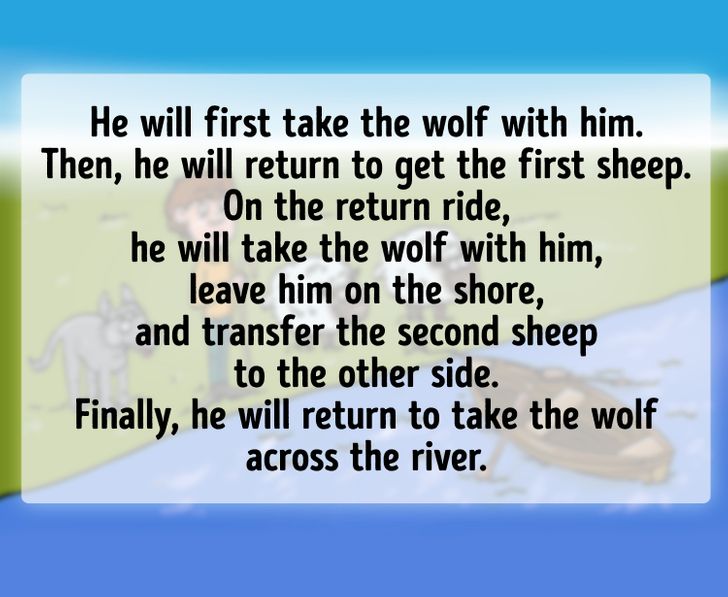 There is a man traveling with his 2 sheep and a wolf. The wolf would gladly attack the sheep if the man were to ever leave it alone with them. At some point, the man reaches a river that he needs to cross. He finds a boat nearby but can only take one of his animals at a time. Remember that the wolf will eat the sheep if the man leaves them all alone. 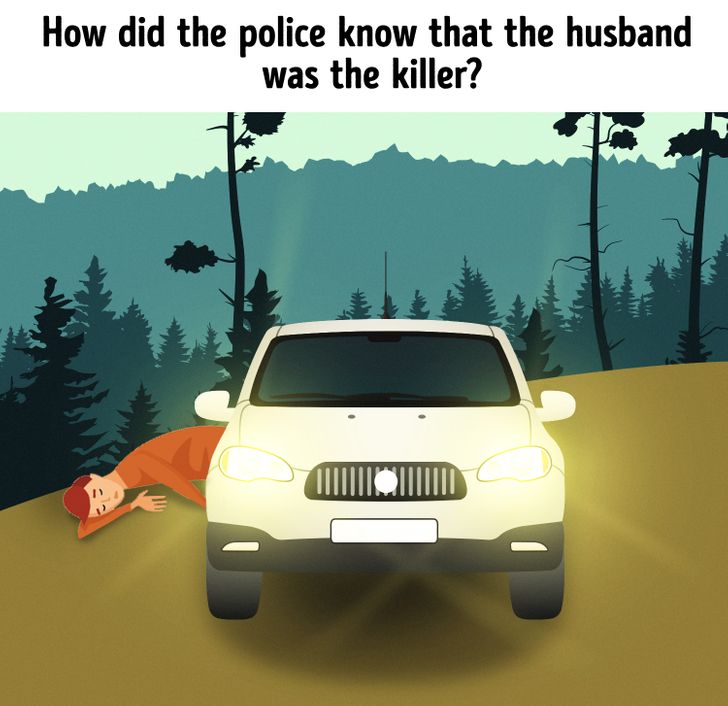 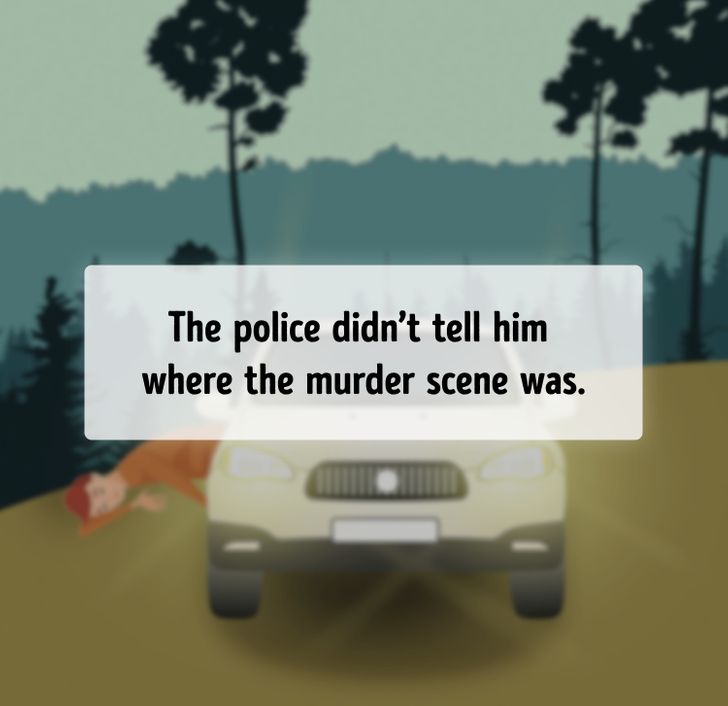 A man stabbed his wife to death and, since no one was around at the time, he just left her body out on the ground and threw the bloody knife in the woods. He then got in his car and drove to his office. An hour later the police called him to tell that his wife had been killed. They urged him to go to the murder scene right away. When he got there, he was immediately arrested. 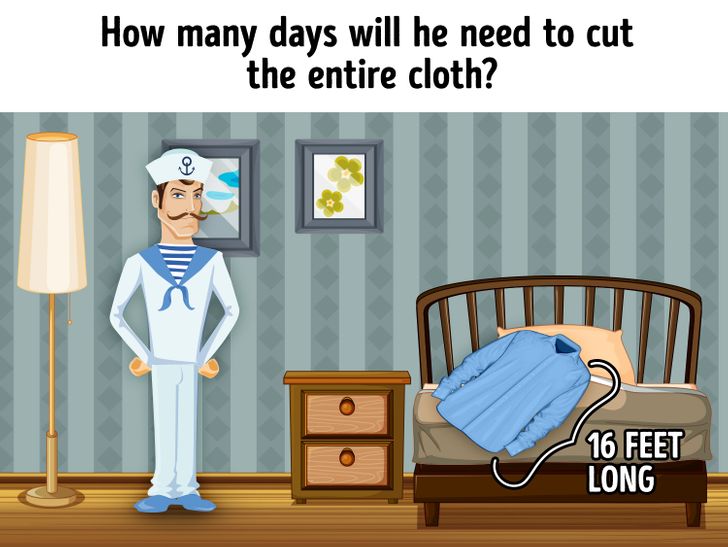 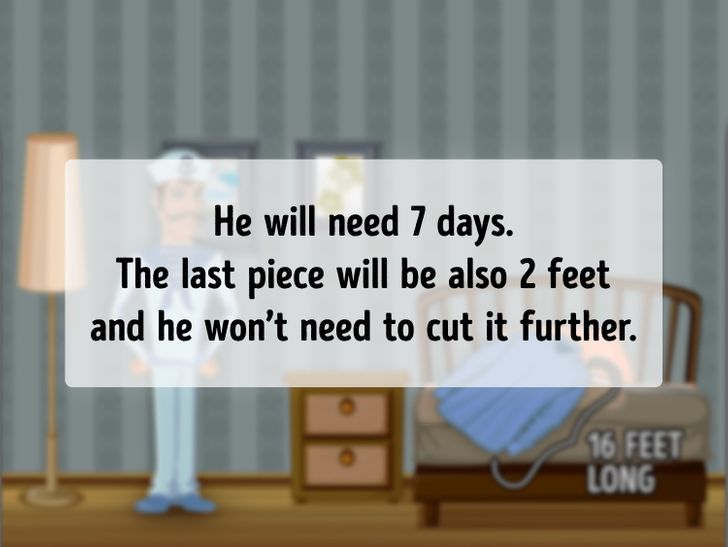 A sailor has a piece of fabric that is 16 feet long. He cuts 2 feet of that fabric per day. 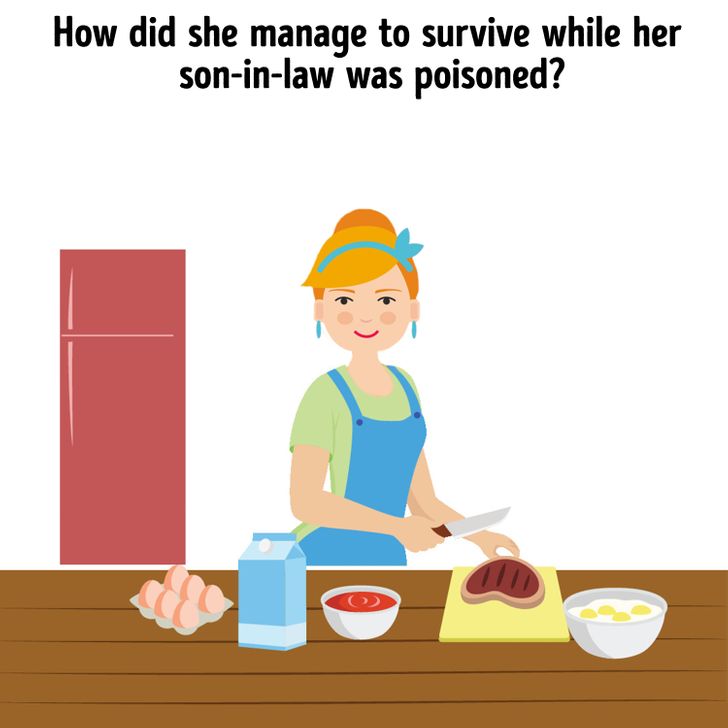 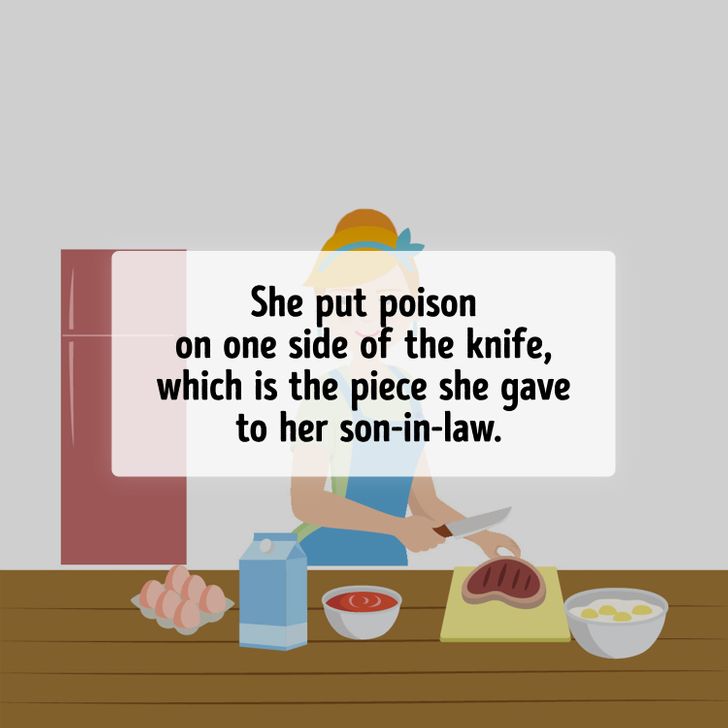 Jane doesn’t like her son-in-law. However, she cooks a meal for him every day. One day, she cooked a piece of meat for both of them. She cut it in half and both of them ate one half. After he ate it, he started turning blue and then suddenly died. 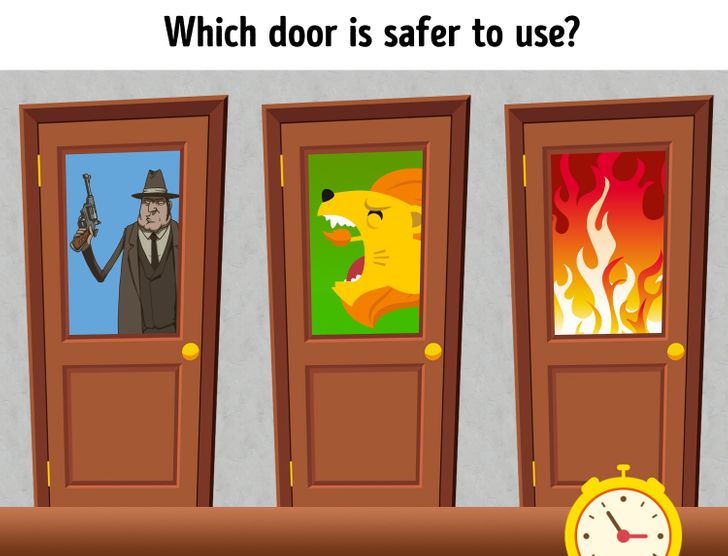 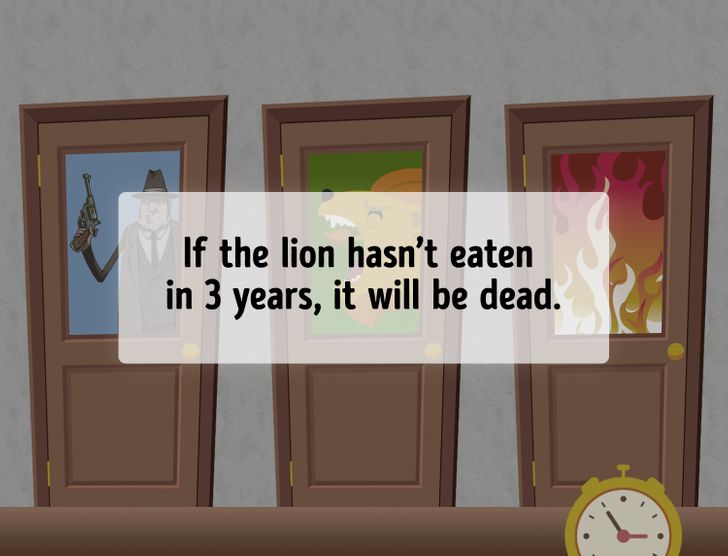 There are only 3 doors that you can open in order to continue to your destination. A killer is hiding behind the first and a lion that hasn’t eaten in 3 years behind the second. Behind the third one you will find a massive fire. 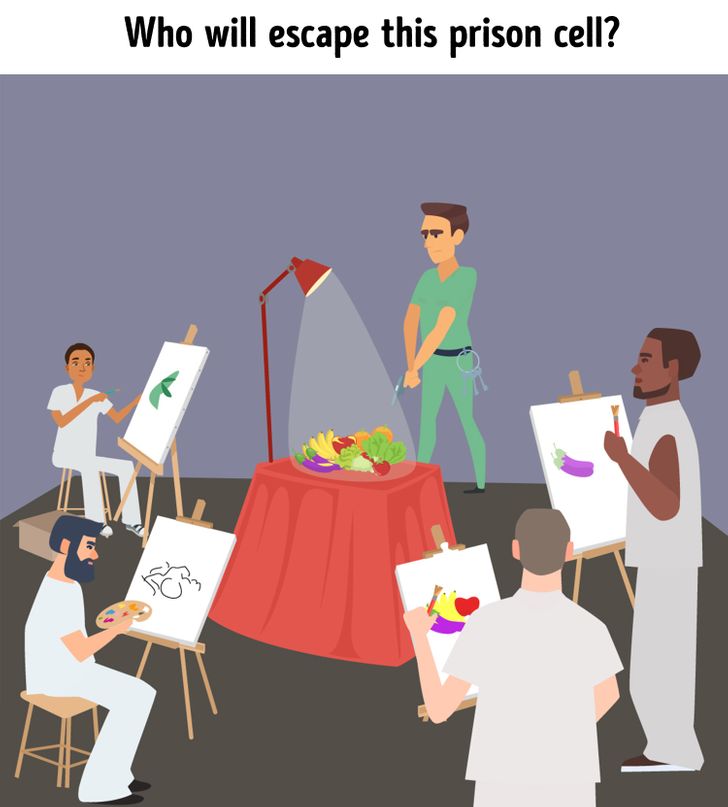 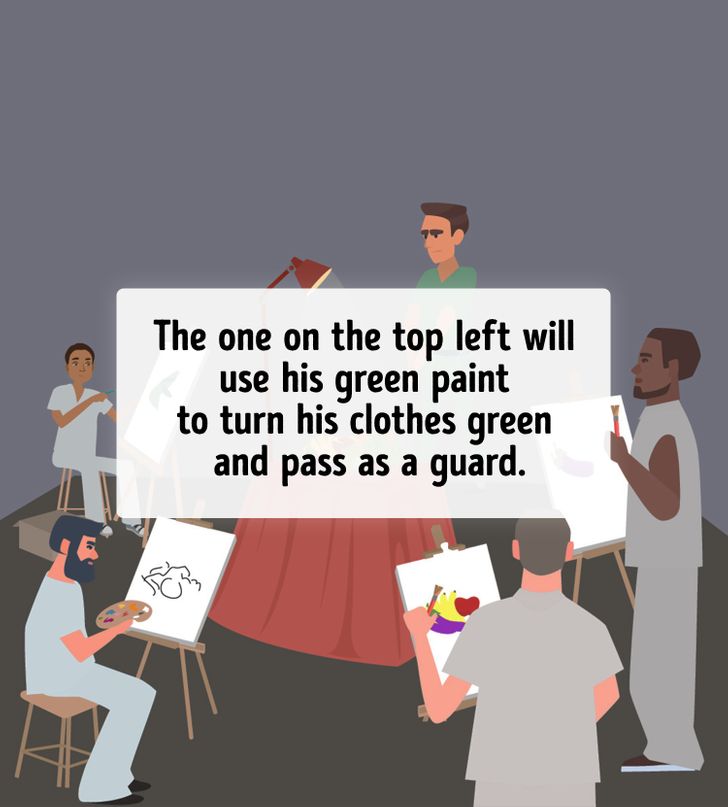 4 prisoners participate in their prison’s art class every Monday. They are escorted by guards to the class and searched at the end of every lesson. They hold on to their art supplies, which they keep inside their cell. 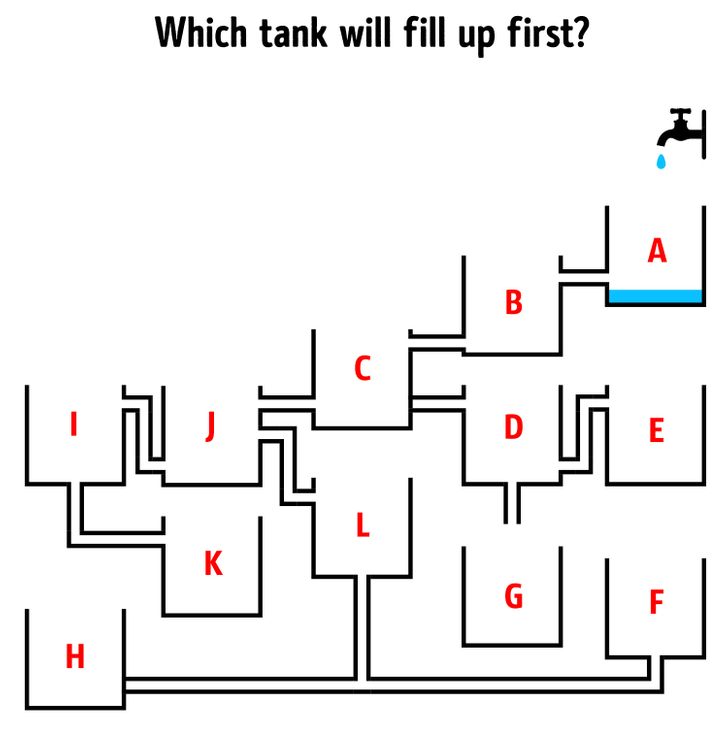 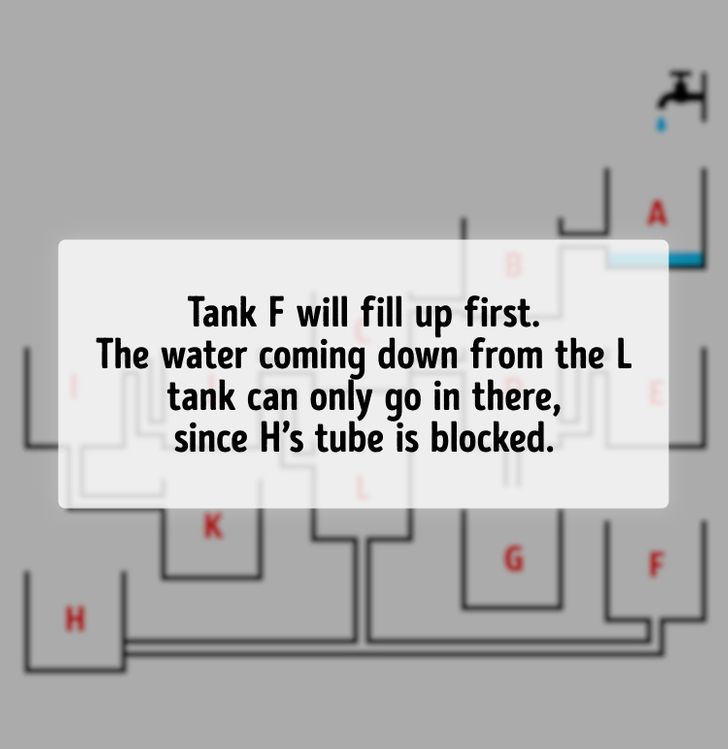 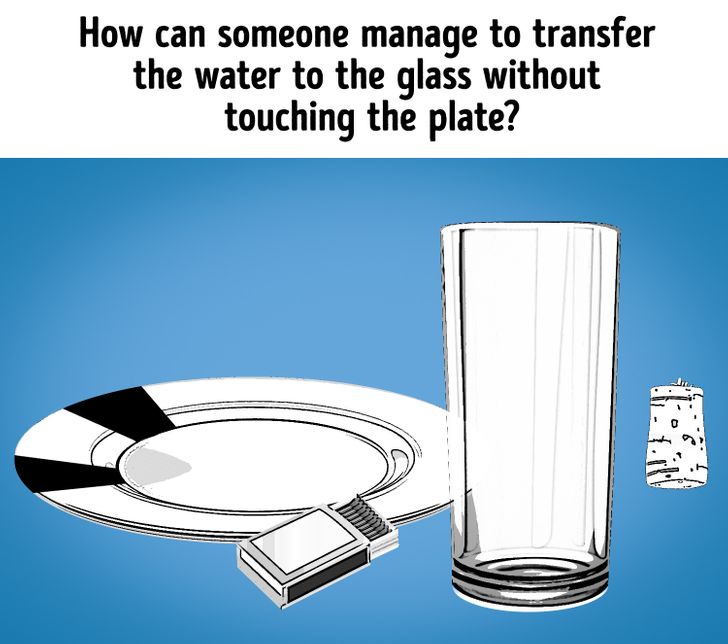 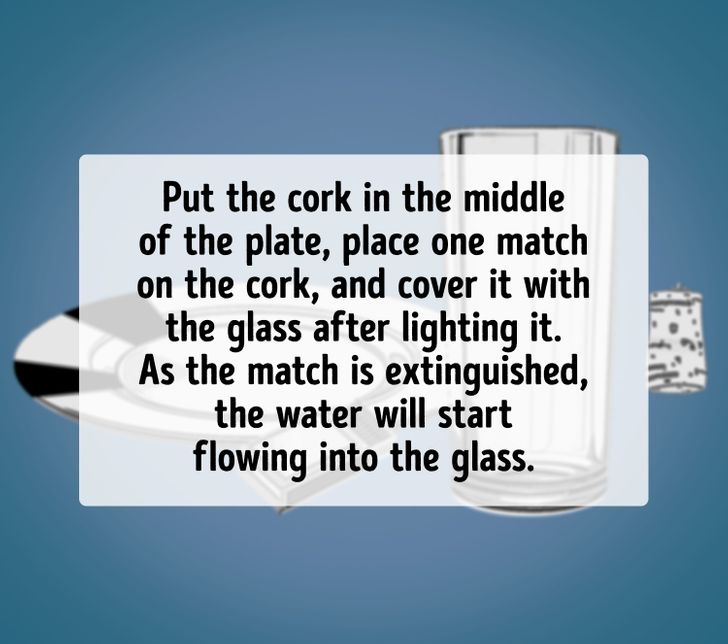 In this image, we have a plate full of water and right next to it an empty glass, a book of matches, and a wine cork.

Did you find these riddles easy or hard? How many of them were you able to solve? Tell us your results down in the comments section.