Sometimes, cartoons can touch on very serious problems just like movies. Directors and scriptwriters also pay attention to little details, plot twists, and characters. And some curious moments can only be noticed by viewers that have a lot of experience doing so.

We at Bright Side have found 15 unexpected details that many people missed, even if they’ve seen these cartoons many times.

In Zootopia, chief Bogo puts on glasses to read the paper. In an interview, the directors said that this moment is not just a fantasy the writers had. In fact, buffalos (which is what Bogo is) have bad vision. This is why the creators decided that the glasses would make the scene more believable.

In one of the scenes of Shrek the Third, you can see someone that looks like Little Red Riding Hood. More than that, she is sitting together with the bad guys and it looks like she wants to be with Prince Charming. According to one of the versions, it’s because the Wolf is with Shrek. The other reason could be because Shrek scared her at the beginning of the second part of the franchise: when she knocked on their door during their honeymoon and ran away yelling when the ogre opened the door.

A poster in Monsters University 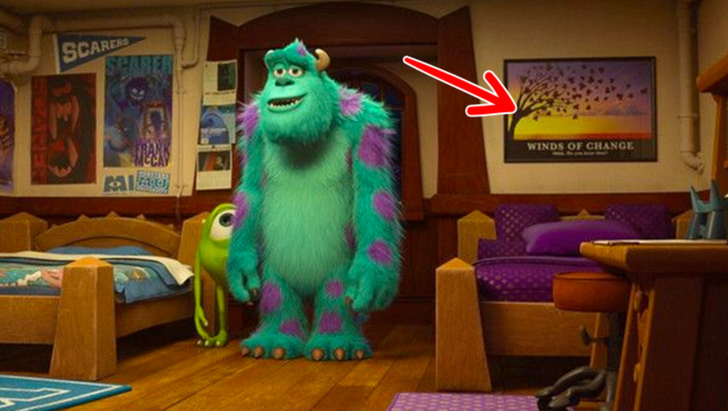 In Monsters University, you can see a poster with the inspiring words, “winds of change.” Randall must have taken the mantra to heart, because in Monsters, Inc., he tells Sully, “Do you hear that? It’s the winds of change!”

Scar’s claws in The Lion King 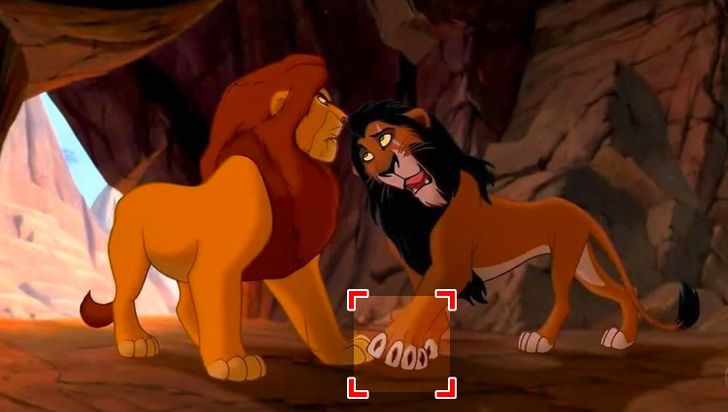 In The Lion King, Scar is the only lion whose claws are seen in every scene he appears in. This is probably because he’s ready to attack his enemies at any time.

Timon and Pumbaa in Leroy & Stitch 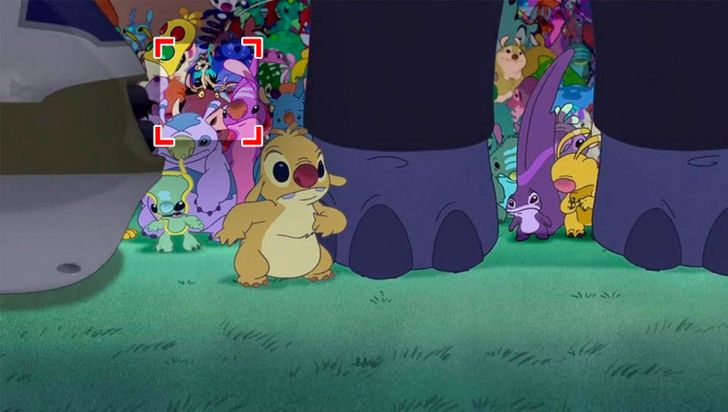 In Leroy & Stitch (2006), just before the final battle between Stitch’s cousins and an army of Leroys, Timon and Pumbaa can be seen in the background.

A cafe from Monsters, Inc. 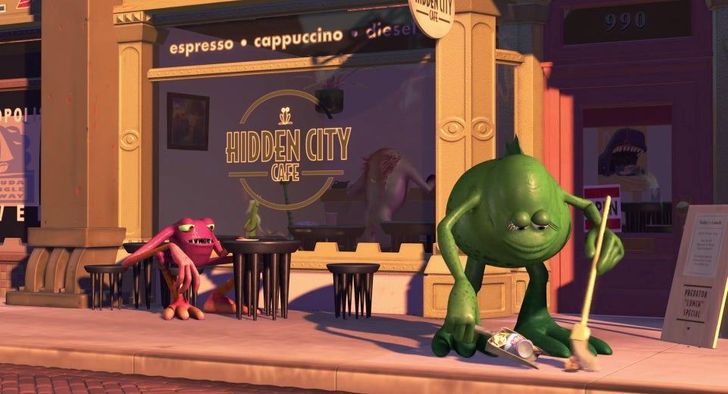 In Monsters, Inc., Sully and Mike walk past the Hidden City Café. This is a reference to a real cafe in Richmond, California. In 1994, several famous Pixar directors went there and discussed the ideas of A Bug’s Life, Monsters, Inc., Finding Nemo, and WALL·E. 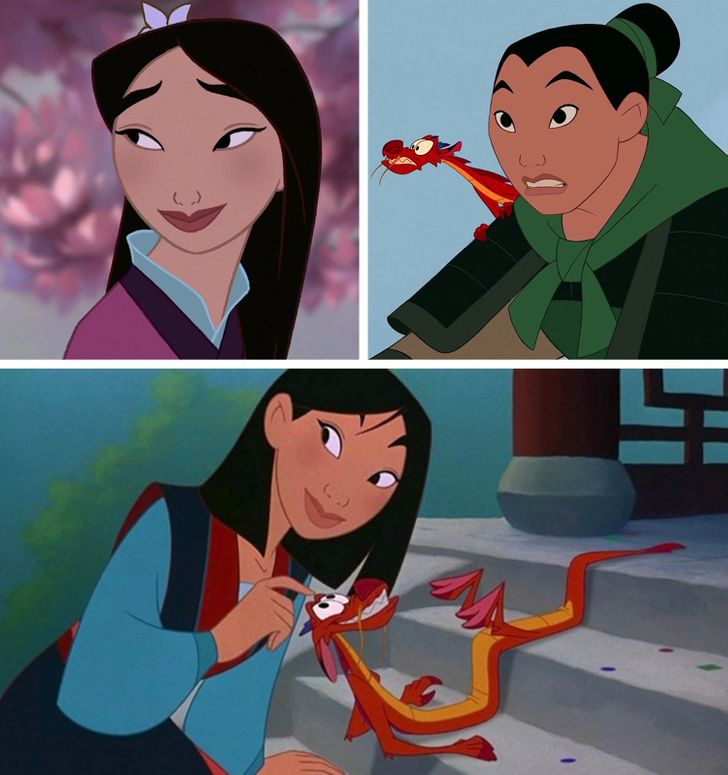 The piano in Corpse Bride 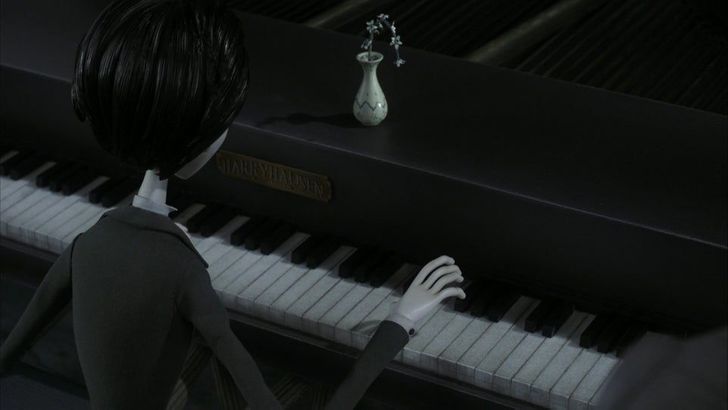 In Corpse Bride, you can see an inscription on Victoria’s piano. It says, “Harryhausen.” It’s a tribute to the legendary artist, Ray Harryhausen.

The numbers in Monsters, Inc. 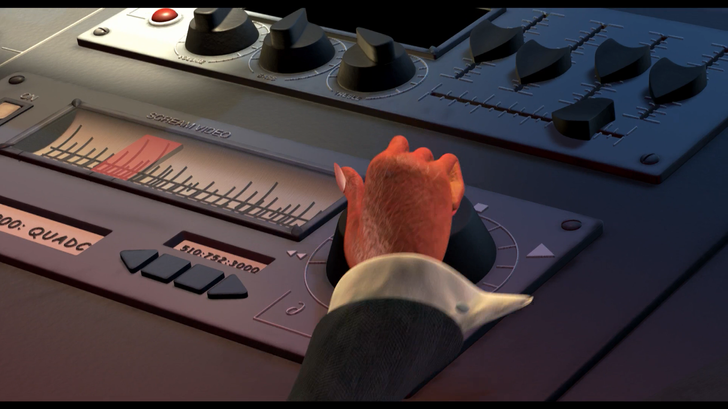 In Monsters, Inc. (2001), at the end of the training simulation, on the control panel, the numbers 510:732:3000 appear — it was the main phone number for Pixar Animation Studios at the time the movie was released.

The order in Aladdin 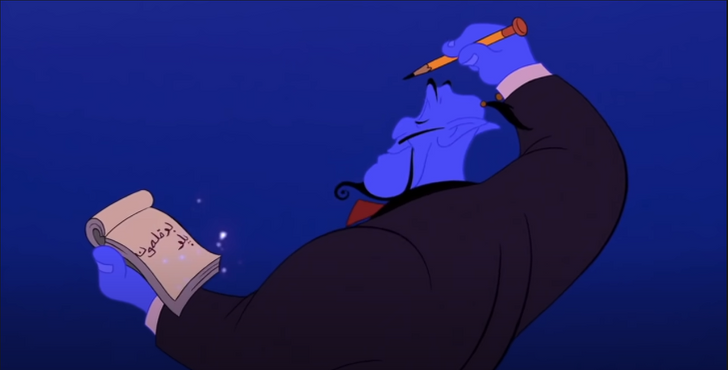 In Aladdin, during the song, “Friend Like Me,” when Genie mentions taking Aladdin’s order, Disney animators had Genie write, “turkey pilaf” in Persian to match the Middle Eastern setting. 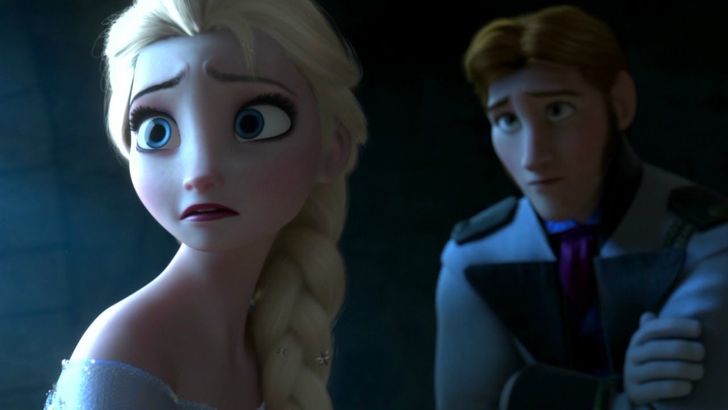 In Frozen (2013), when Hans confronts Elsa in the prison, you can see the condensation of his breath. Elsa’s breathing does not show any condensation.

The slippers from Coraline

In Coraline (2009), the other father is wearing “Monkeybone” slippers. Monkeybone is a 2001 comedy film directed by Henry Selnick, who also directed Coraline. 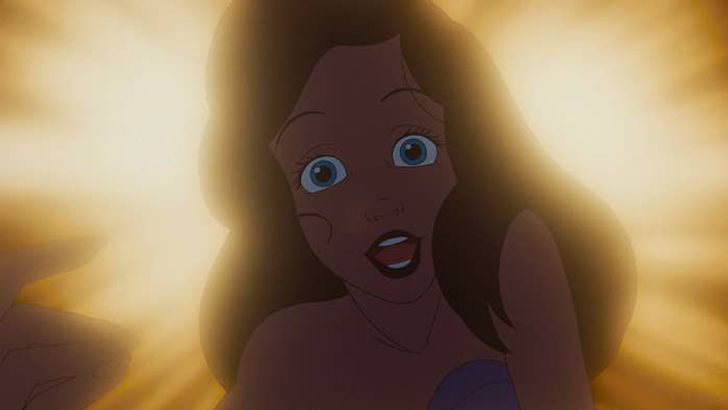 In The Little Mermaid, when Ariel rescues Eric from drowning and sings to him, she is backlit, making her hair appear dark brown/black. It makes it even more conceivable that Eric believes the dark-haired human version of Ursula was the woman that rescued him.

The dark humor in Ratatouille

The pantry in Gusteau’s in Ratatouille (2007) stocks a few cans of Nemo brand caviar. This is probably a reference to Finding Nemo that Pixar also made.

The limping boy in Anastasia 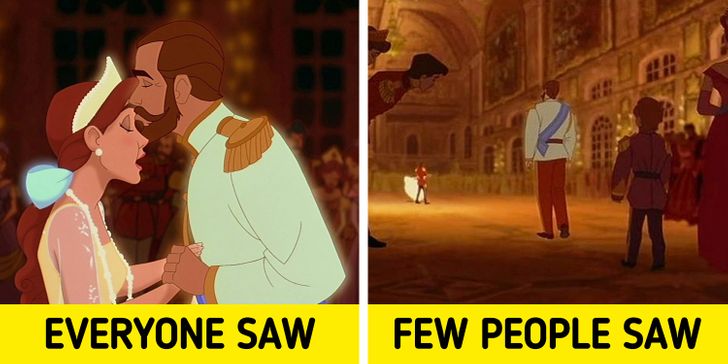 During the “Once upon a December” scene in Anastasia (1997), you can see a young boy somewhat limping while walking with the other family members. This could be the young heir to the throne, Alexei (who in reality was Anastasia’s younger brother), who was born with hemophilia, causing the limp.

What non-obvious details have you seen in cartoons? Tell us about them in the comment section below!