A Donald Trump waxwork has been removed from a museum in Texas after people began punching it in the face.

rnAnd once the internet found out, everyone started saying the same thing…

Now, for the past few weeks, Donald Trump has been very quiet.

But now, he’s back in the spotlight once again…

Or at least his waxwork is.

A waxwork museum in Texas has had to remove Trump’s waxwork.

No one could quite believe what they were hearing when the notorious business tycoon announced his plans to run for president during the 2016 presidential campaigns.

But when it came round to election day…

The world awoke on November 9th to see that America officially had its new, and very controversial, leader.

And it was certainly up and down. Trump sparked his fair share of outrage, imposing a temporary travel ban on Muslims entering and leaving the U.S. and banning transgender people from the military, just for example.

But he also passed a bill that makes animal cruelty a federal crime, and unemployment in the country was at an all-time low at just 3.6 percent.

Of course, Trump was certainly no stranger to criticism and controversy.

Much of his behavior while acting as president was seriously questioned, with many calling for him, again and again, to be impeached and even removed from office entirely.

He even underwent an impeachment trial on charges of abuse of power and obstruction of Congress last year – something that would go on to leave a nasty stain on his reputation.

And, to make things even worse…

Shortly after the impeachment charges were dropped, the world was hit by the coronavirus pandemic which Trump was accused of handling awfully.

Of course, the people of America were left grieving and feeling angry…

But this didn’t stop Trump from running as president for a second term in last year’s 2020 elections.

Trump’s presidential campaign was as chaotic as we’d all expected and right up until November 3rd, when the votes started to get counted, Trump continued to spread lies about Biden and his campaign team in a desperate bid to be reelected.

But these efforts were to little avail.

On November 7th, it was confirmed that Joe Biden had won the election by amassing 284 electoral college seats to Trump’s 214.

But Trump refused to see it this way and, instead, went on to repeatedly accuse Biden and his team of election fraud.

According to Trump, the Republicans were the real winners of the election.

And this lead to the shocking scenes at the U.S Capitol building on January 6th, just weeks before Biden’s inauguration.

5 people were confirmed to have died during the violent riot…

And during all of this, calls were repeatedly made for Trump to put a stop to the madness… but they were to little avail.

Trump eventually issued a series of small tweets asking for his supporters to simply “go home” and he down-right refused to take any responsibility for the riot, despite him being the one who encouraged his supporters to literally “fight back” earlier that day.

Of course, we all know how much Trump loved Twitter, so this was a huge deal.This got Congress talking, which lead to the decision to officially impeach Donald Trump just weeks before his term was up…

Making Trump the only president in history to be impeached twice during a presidential term.

So, it’s safe to say that Donald Trump isn’t having a good year so far…

But the seventy-four-year-old has finally made his come back.

Filled with vicious digs at President Biden’s capabilities to run the country and how “terrible” of a job he has been doing since his inauguration almost 2 months ago.

Trump then returned to NYC for his first visit since leaving the White House, attracting protestors.

Trump published a statement that very much resembled his old style of tweets, while being just under the character limit.

Despite going quiet for a short while and making a comeback slowly, it seems people still hold a lot of anger towards the former president.

And some people have discovered a way to release that anger.

Visitors to the Louis Tussaud’s Waxworks in San Antonio, Texas, have been taking out their anger for the former president on the waxwork version.

And it’s happened so much, the museum has had to remove the waxwork and put it in storage.

Clay Stewart, regional manager for museum owners Ripley Entertainment told San Antonio Express News: “They punched and scratched the figure, inflicting so much damage that management had it pulled from public view.”

“When it’s a highly political figure, attacks can be a problem.”

He went on to explain that Trump isn’t the first president to have this happen.

We’ve always had trouble with the presidential section because no matter what president it was – [George W.] Bush, [Barack] Obama or Trump – they’ve all had people beat them,” he said.

“The ears were torn off Obama six times. And then Bush’s nose was punched in.” 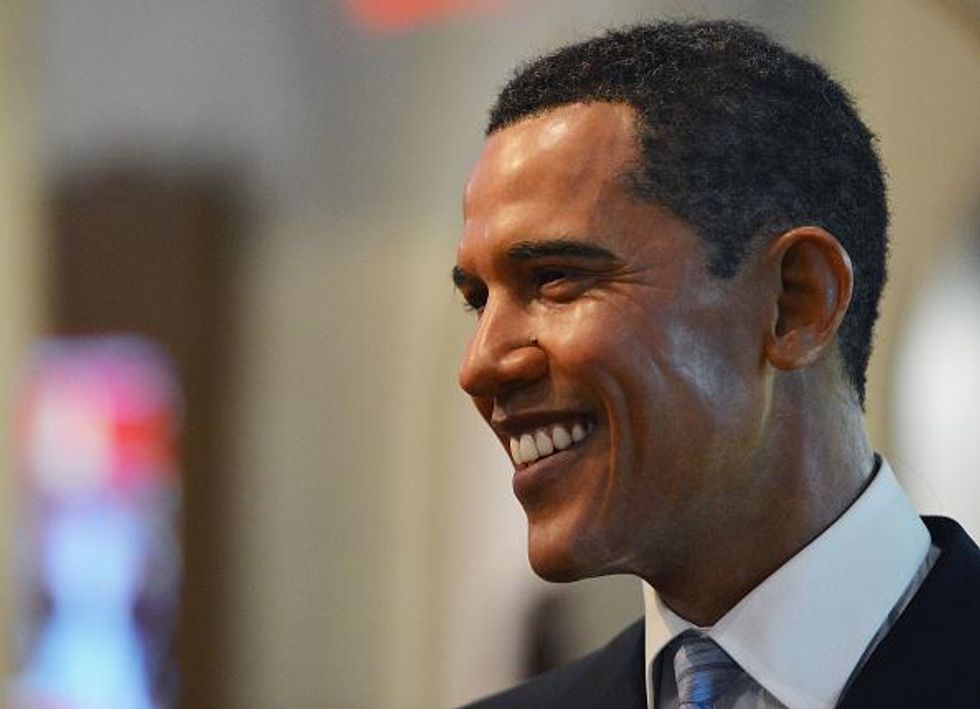 “People are just aggressive about their political party.”

So, will Trump return? 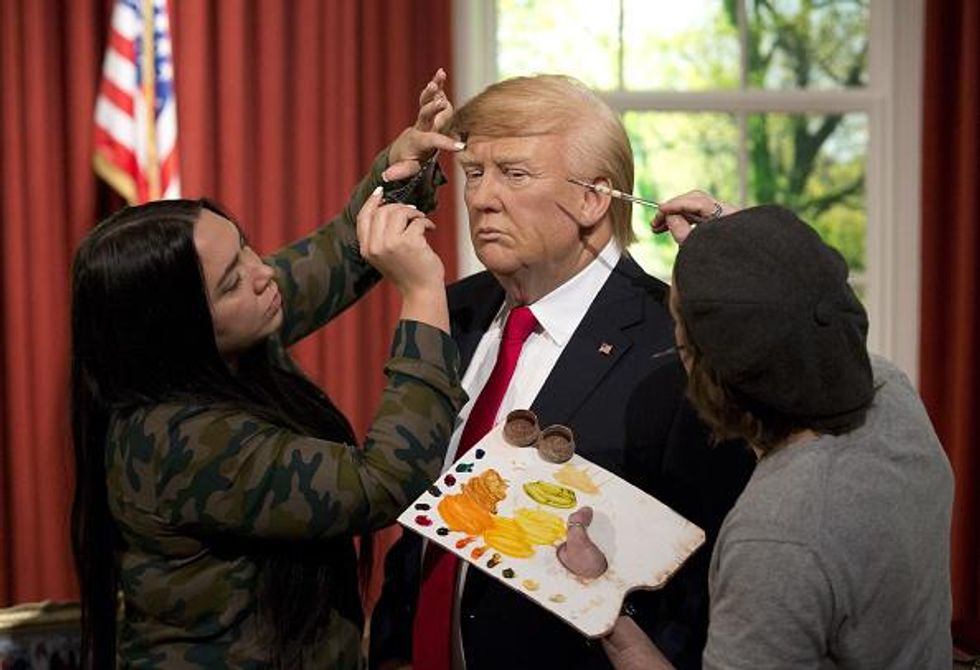 Well, Stewart reassured the San Antonio Express News that it is normal for waxworks to move in and out of display.

But, the San Antonio Express News claims its unlikely that Trump will return before President Joe Biden receives a model. 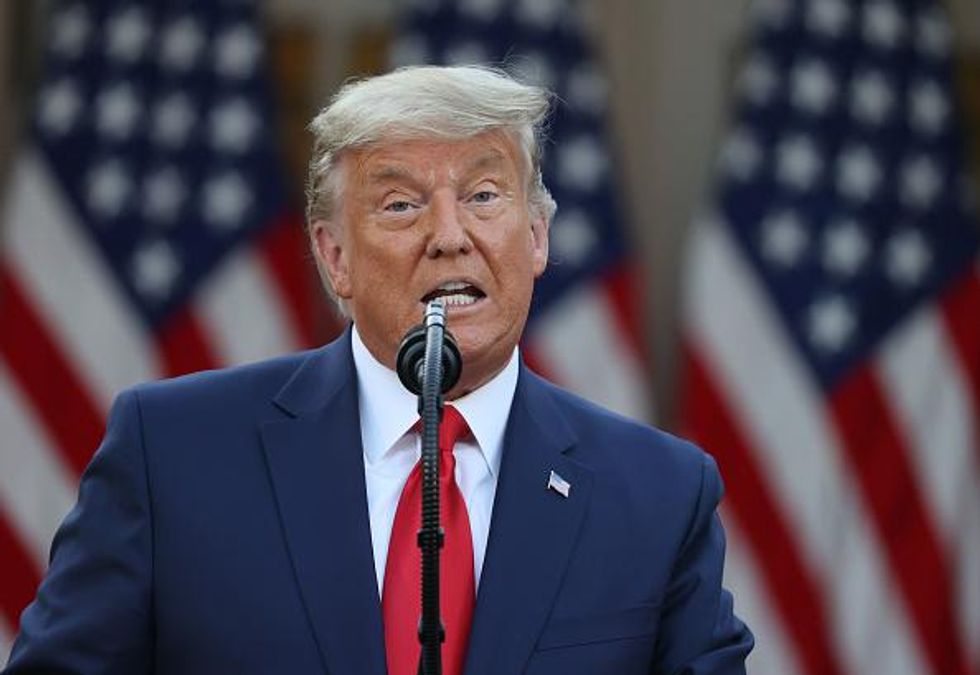 And for more on the former president, scroll on…