A large group of migrants were photographed Tuesday at the U.S.-Mexico border near California wearing T-shirts that urged President Joe Biden to let them into the country.

The migrants were reportedly staging a protest at the San Ysidro crossing point in Tijuana, Baja California, according to Spanish language news outlet Chapines USA. During the rally, they demanded that the new president keep his campaign promises to enact more lenient immigration policies.

Men, women, children — and reportedly some entire families — participated in the protest, while armed Border Patrol agents stood guard. Many of the migrants were wearing T-shirts and carryings signs with Biden’s campaign logo on display along with a message: “Please let us in!” 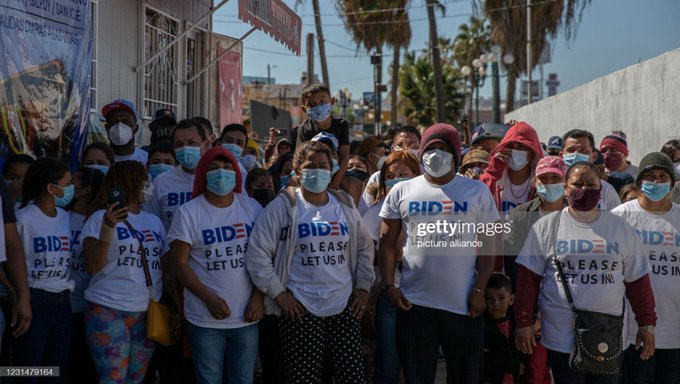 The news comes amid an ongoing crisis at the U.S. southern border, as unprecedented numbers of migrants surge into the country with the expectation that the new administration will be more lax on immigration enforcement than the previous one. 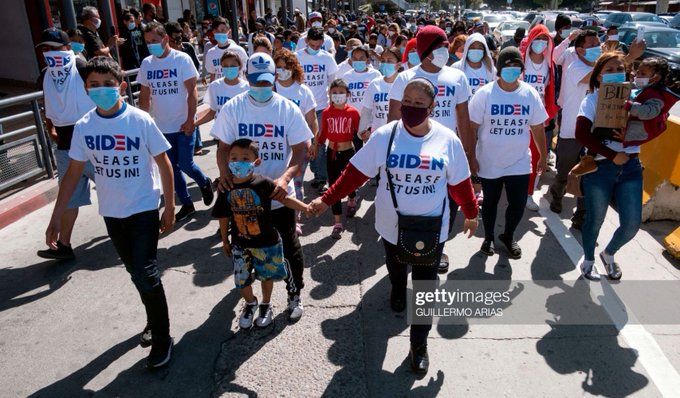 The Department of Homeland Security announced this week that it projects 117,000 unaccompanied migrant children will illegally enter the U.S. this year. During last month alone, 6,000 migrants between the ages of 16 and 17 were caught crossing the border, and the pace is expected to increase. 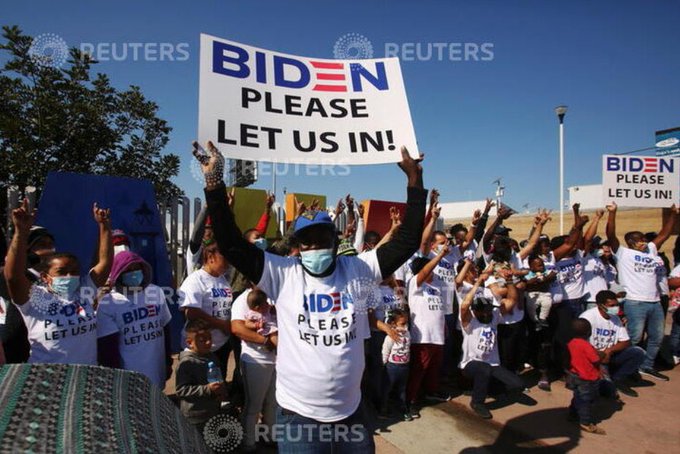 Scrambling to keep up with the rapid influx, the Biden administration has elected to reopen migrant children housing facilities — a practice widely condemned by leftist immigration activists during Trump’s presidency — and has even authorized officials to purchase plane tickets to fly migrant children to relatives’ residences in the U.S. 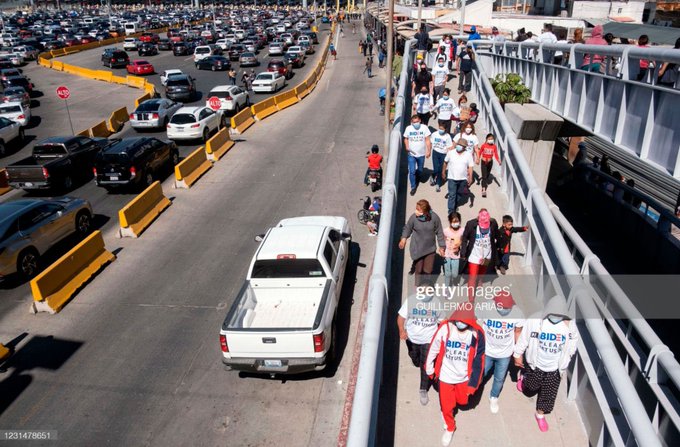 But even so, the shelters are expected to reach full capacity within weeks and the administration knows it is woefully unprepared. During a briefing given to Biden on Tuesday, the Domestic Policy Council requested that some 20,000 beds be made available in short order to handle the surge of new migrant children.

Yet while the administration internally is in full-blown crisis mode, several officials, including the president himself, have flatly rejected characterizing it in such a way.

“We’ll be able to handle it, God willing,” Biden said Tuesday, according to Bloomberg News. When asked whether the surge constituted a crisis, the president offered a frank denial, stating, “No.”