According to psychologists, disciplining children is absolutely necessary; this way, they’re more likely to have better social skills, friends, confidence, and self-sufficiency. However, when it comes to the royal family, rules (both spoken and unspoken) seem to regulate every step of its members, including the children.

We at Bright Side were curious about the traditions surrounding these babies before and after they are born, and here are our curious findings. 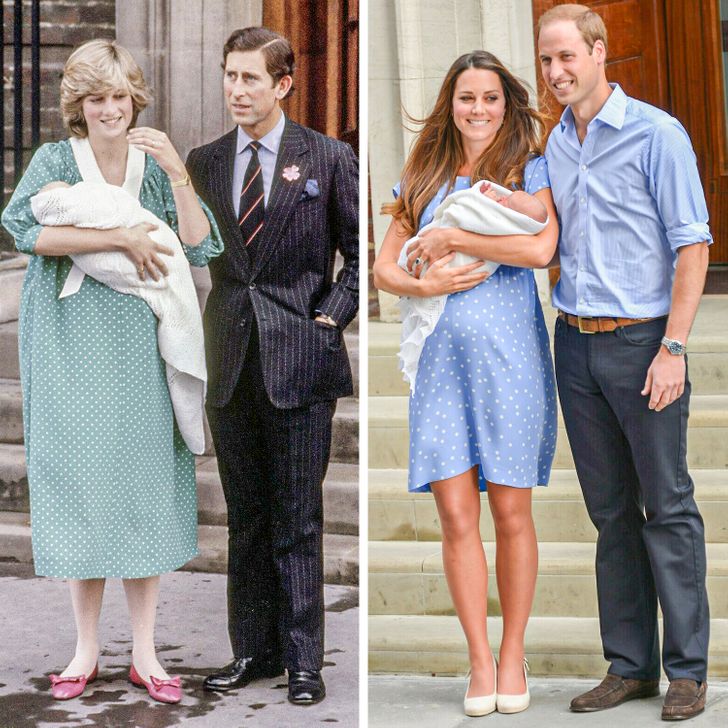 People see the babies just hours after they’re born. And the mother has to look on point: recovering after labor is not an excuse to see the press bare-faced. Kate Middleton, for example, had makeup on and was wearing heels during Prince George’s debut in 2013. The outfits matter as well — Kate’s polka dot dress seems to have been an homage to Princess Diana’s look after she gave birth to Prince William. 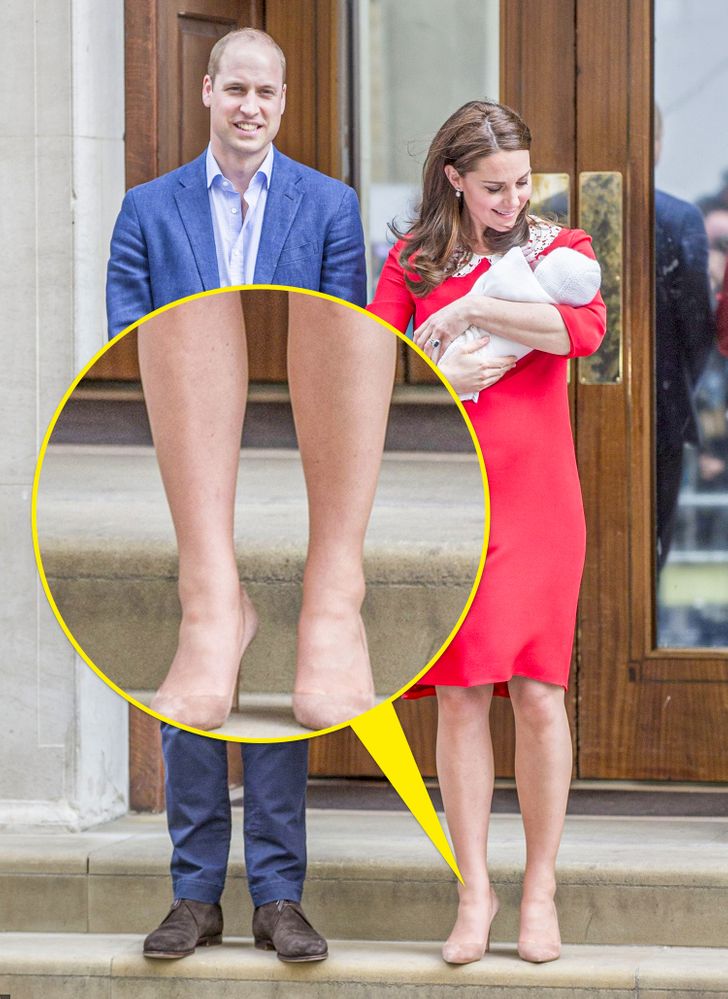 Another important aspect here is that the royal mothers don’t have a wide variety of shoes to choose from. Generally, they always wear close-toe shoes, even if their feet and ankles are swollen after giving birth. 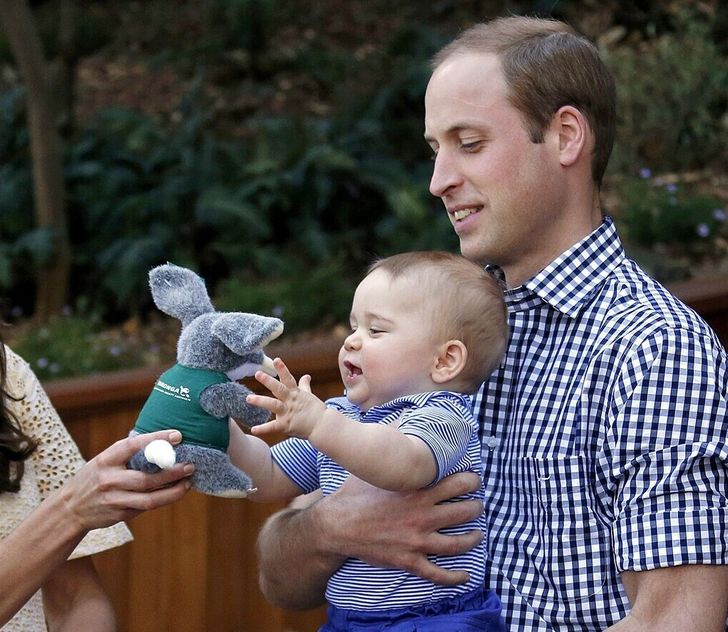 Even though there’s no direct rule against having baby showers, they are still considered an “American invention” by the British royal family, according to experts, despite the growing popularity of this tradition in the UK. But don’t worry, there’s no shortage of gifts for the royal babies. For example, Princess Charlotte got presents from 64 different countries for her first birthday.

3. Many midwives help with the delivery.

The tradition of having midwives help with delivery can be traced all the way back to the seventeenth century when women were the only ones allowed to be in the room. Nowadays, there’s no stigma around having male doctors. Overall, the team of different medical specialists is impressive: sometimes there are more than 20 people involved.

4. The baby’s gender has to be kept a secret. 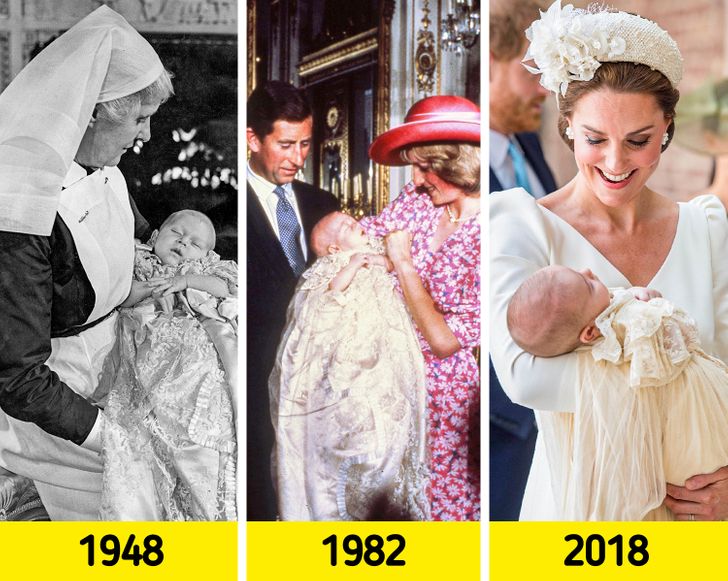 Usually, the royal family keeps the gender of the baby, as well as the exact due date, a secret (there was an exception when Prince Harry and Meghan Markle announced they were expecting a girl in an interview). However, the general public is made aware of the mother’s health. For example, the official announcement about Kate Middleton’s pregnancy mentioned her morning sickness.

5. The name choices are limited. 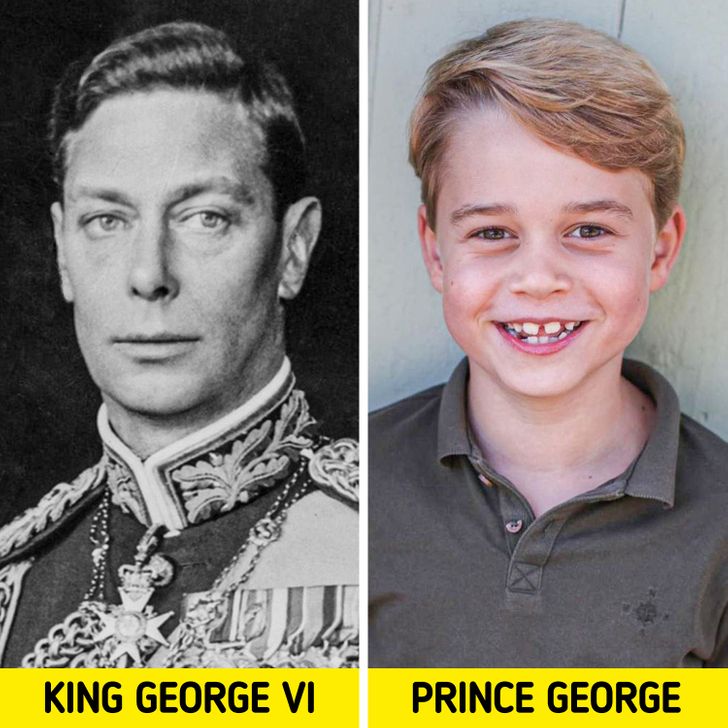 It’s customary in the British royal family to choose names for newborns based on their own family tree without getting too creative. However, if a child is quite far in the succession line, the parents have more freedom. It’s also worth noting that the royals use formal versions of each other’s names when in public; for instance, Prince William calls Kate Middleton Catherine.

6. An official announcement is released after a new royal family member is born. 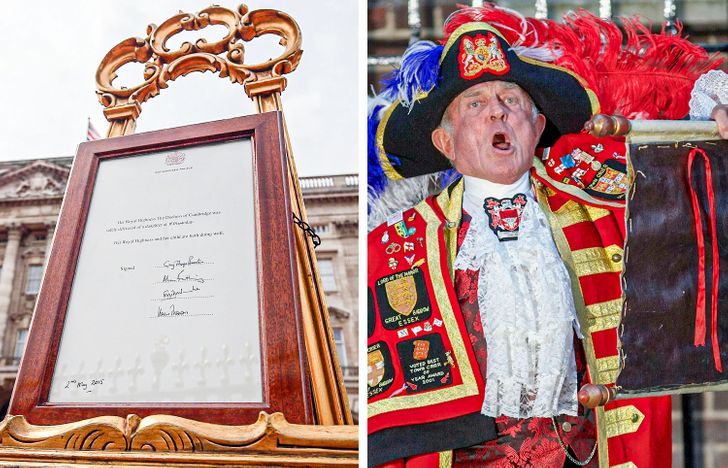 After a baby is born, Buckingham Palace displays an official statement signed by the palace doctors on a special easel, and there’s a town crier who tells the people the details. What’s more, famous landmarks, like the London Eye, Tower Bridge, etc. are illuminated blue (when a boy is born) or pink (if it’s a girl). 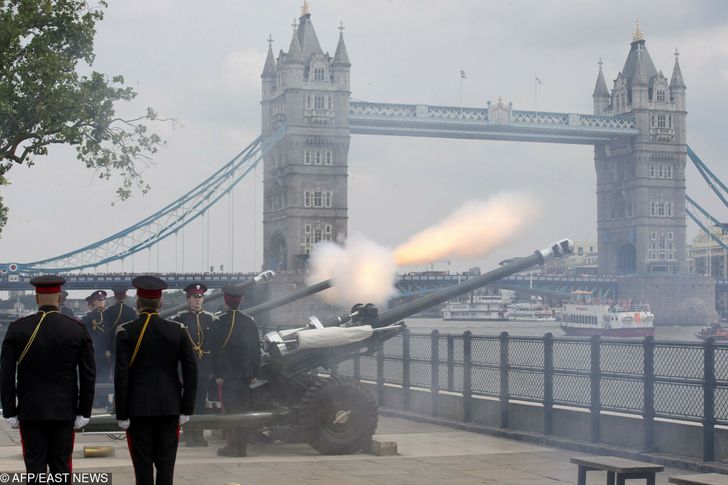 Gun salutes are traditional in London after the birth of every prince or princess. For example, when Princess Charlotte was born, there were 41 cannon shots in Hyde Park and 13-pounder field gun salutes. In addition to that, the soldiers fired shots at Cardiff, Hillsborough, and Edinburgh castles.

8. Royal children have to follow lots of rules and protocols. 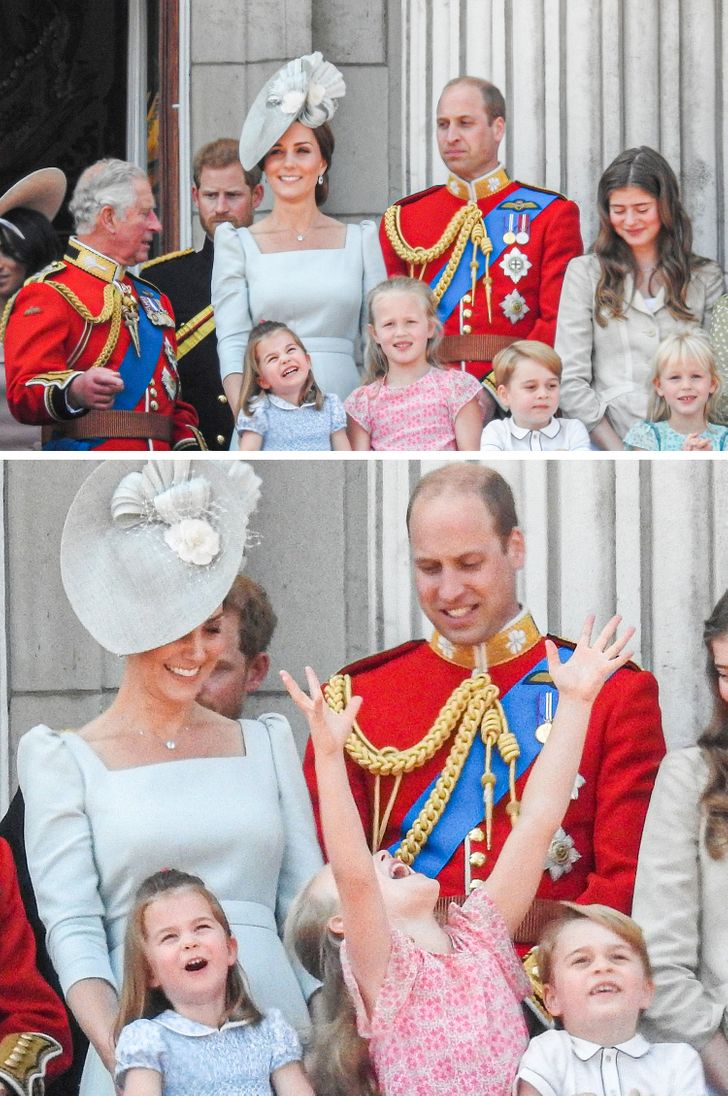 All members of the ruling British family have to follow many rules and protocols, and the kids are no exception. As such, they have to attend many events, including royal weddings, the annual Trooping the Colour ceremony, their great-grandmother’s birthday celebrations, and more. Speaking of Queen Elizabeth II, even the youngest members of the family “curtsy or bow” to her by the age of 5.

9. There are many godparents, but they can’t be from the immediate family. 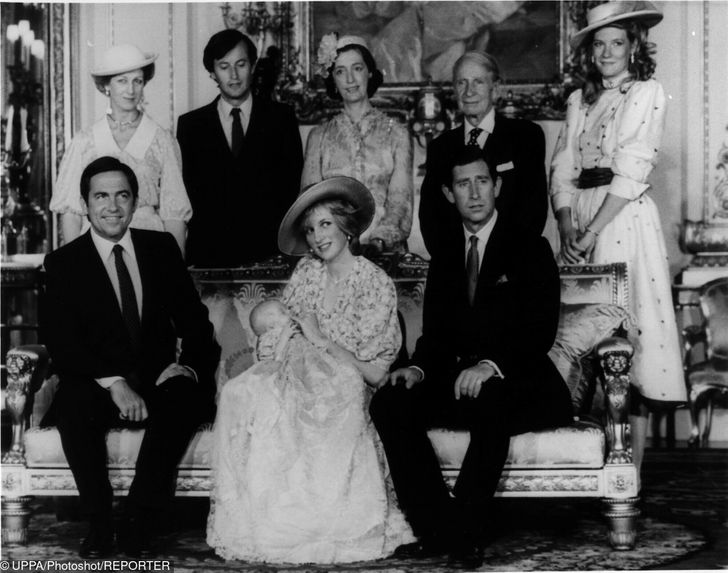 The rules are simple: first of all, the godparents shouldn’t be from the immediate family; and second, the more, the merrier (apparently)! While most people only have 2 godparents, Prince George has 7, Princess Charlotte has 5, and Prince Louis has 6 (like his father, who’s in the photo above). It has been suggested that with the complexity of their high-profile lives, royal kids need extra guidance. 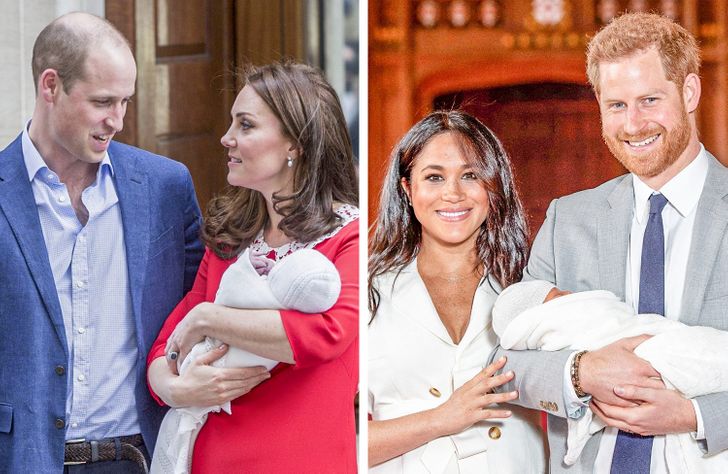 When it comes to the royal babies, even the tiniest details are important. For example, the woolen blankets that the kids are swaddled in during their debuts are produced by an English company called G.H.Hurt & Son that has produced luxury knitted-lace shawls for over 100 years.

What baby rules and customs do you have in your family?