A 14-year-old boy who raped his 8-year-old cousin and threatened her with a pair of scissors is being tried as an adult in Maryland.

Solomon Pule’s mother said that she briefly left the room that Pule and his cousin were in to put her 2-year-old son down for a nap. The mother soon returned to the room, however, noting that both children were being far “too quiet.”

She returned to the room to find Solomon raping his young cousin. As described in the probable cause warrant, both children were partially undressed. Solomon was on top of his cousin. 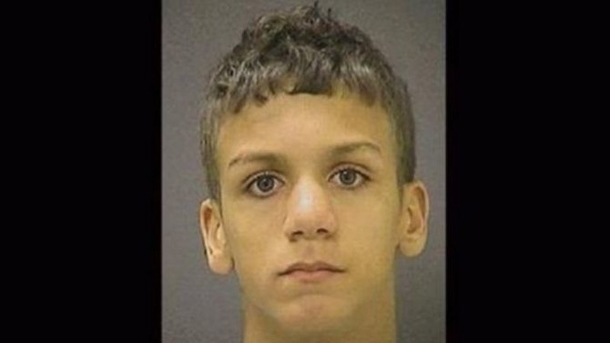 The mother also observed a pair of scissors on the love seat next to them.

In a police interview, the 8-year-old girl stated that her cousin had threatened to cut her with the scissors if she made any noise.

The mother reported the case to Baltimore City Police, who arrested Solomon for rape. During interrogation, the boy admitted to raping his cousin. He has now been transported to the Baltimore City Detention Center.

Solomon has been charged with first and second-degree rape. Officials have confirmed that he will be charged as an adult, which means that he could be spending the rest of his life in prison.

Under Maryland state law, a child between the ages of 14 and 18 can be tried as an adult under the condition that an adult who committed that same crime would be punished by death or life in prison.

Maryland’s state law also allows children age 16 and over to be charged as an adult for abduction, kidnapping, murder, rape, robbery and crimes involving weapons.

Although it is still relatively uncommon for a young teen to be charged as an adult, those who are convicted as adults serve their time in adult prison; additionally, the crime becomes part of the teen’s public criminal record.