In July 2015, two sisters, Delana and Brynn, attended an Atlanta Braves game at Turner Field. They were seated directly behind a married couple wearing hats and matching red shirts.

During the game, the sisters couldn’t help but notice the wife was very busy texting someone on her cell phone. And they could easily see the screen…

Delana and Brynn claim that’s when they busted the woman sending romantic and sexually-charged texts to a man saved as “Nancy” in her phone — while her husband sat beside her, completely unaware.

They could have ignored the situation — but they did the complete opposite. Delana and Brynn were determined to expose the allegedly “cheating wife.” 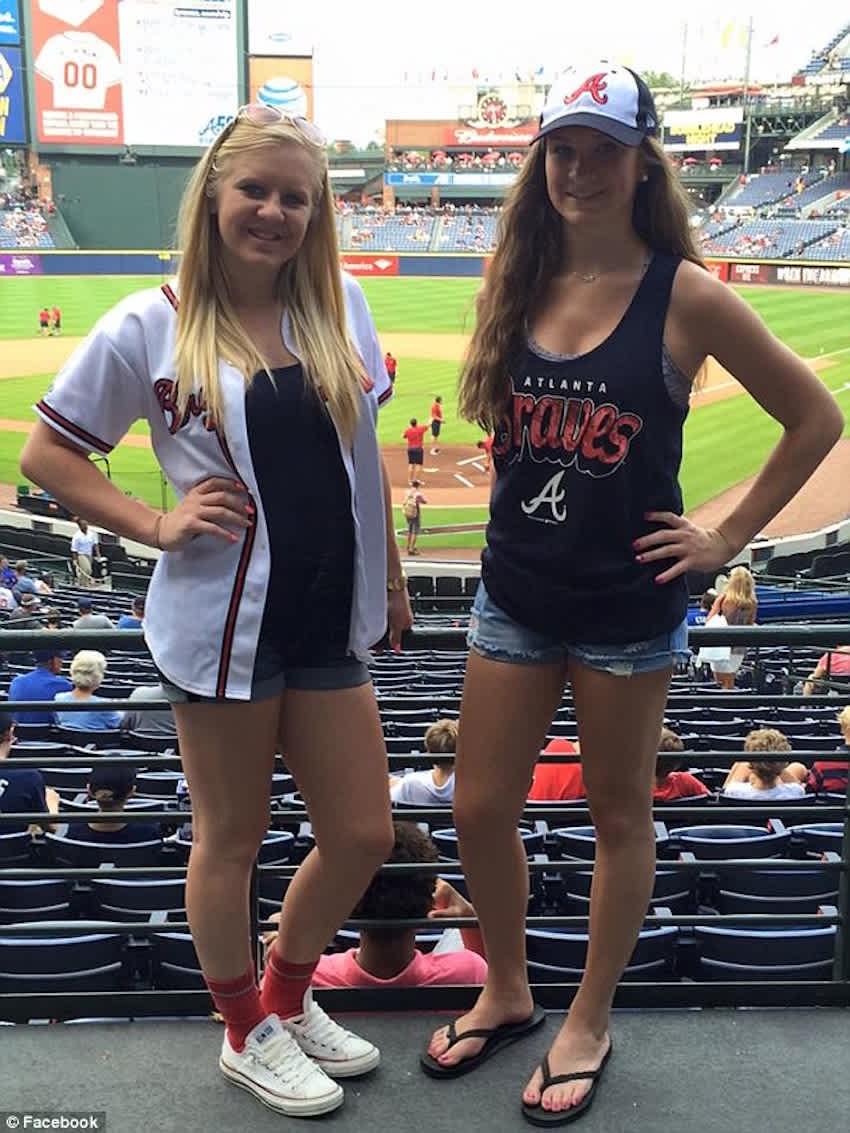 During the game, they couldn’t help but notice what was going on with the married couple seated right in front of them.

While the husband was paying close attention to the players on the field, his wife was very busy texting away on her cell phone.

Delana and Brynn were in clear shot of the woman’s cell phone screen. 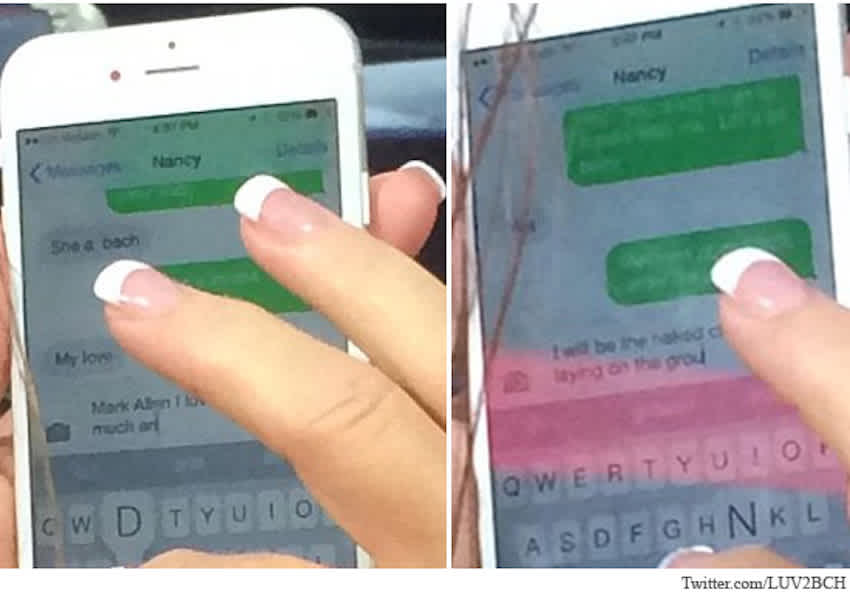 Delana and Brynn claim they saw the woman sending sexual and inappropriate text messages to a man saved as “Nancy” in her phone.

The sisters decided to expose the allegedly cheating wife, right then and there.

So, they came up with a plan. 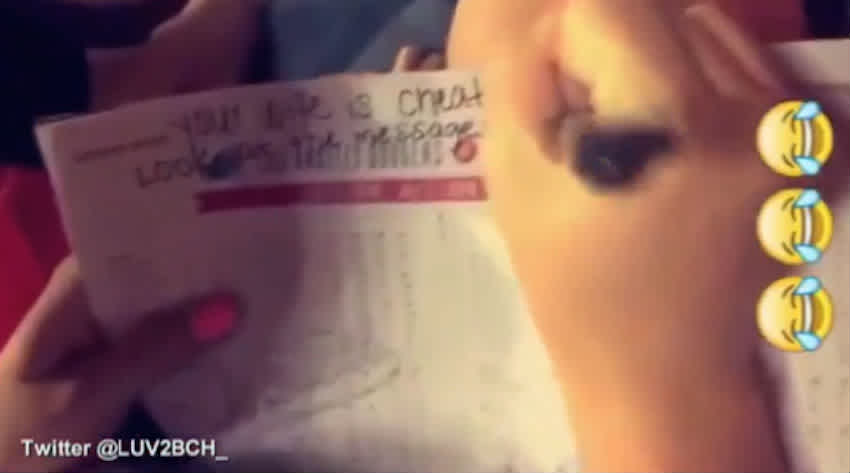 They took pictures of the texts from their seats, then wrote a note on the baseball game’s program. The sisters planned to secretly hand the note to the woman’s husband when she wasn’t looking.

“Your wife is cheating on you,” the note read. “Look at the messages under Nancy! Sorry, just thought you should know!”

Danica also wrote down her phone number — and said that if his wife happened to delete the messages before he saw them, he could call her. 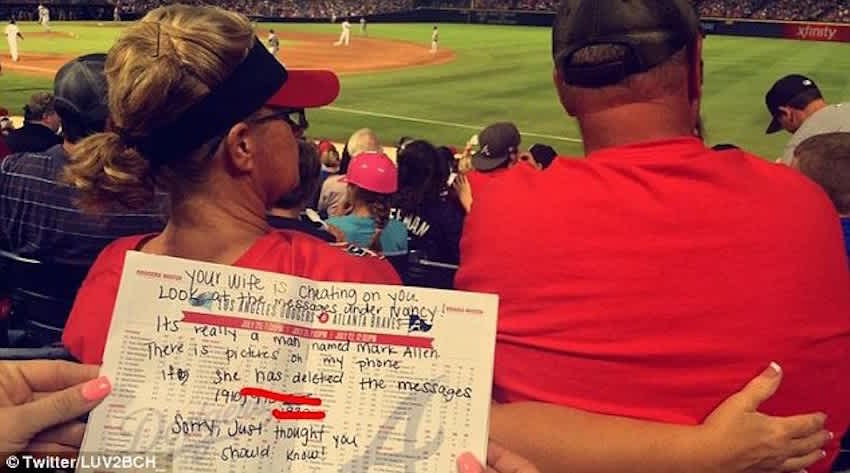 Delana and Brynn waited until the game was over to make their next move. When the man stood up to leave and head home, they passed him the note.

He stopped, quickly looked at the note, then gave the sisters a thumbs up.

Not more than 30 minutes later, the sisters say the man sent Delana a text message! He wanted to see the photos in question. 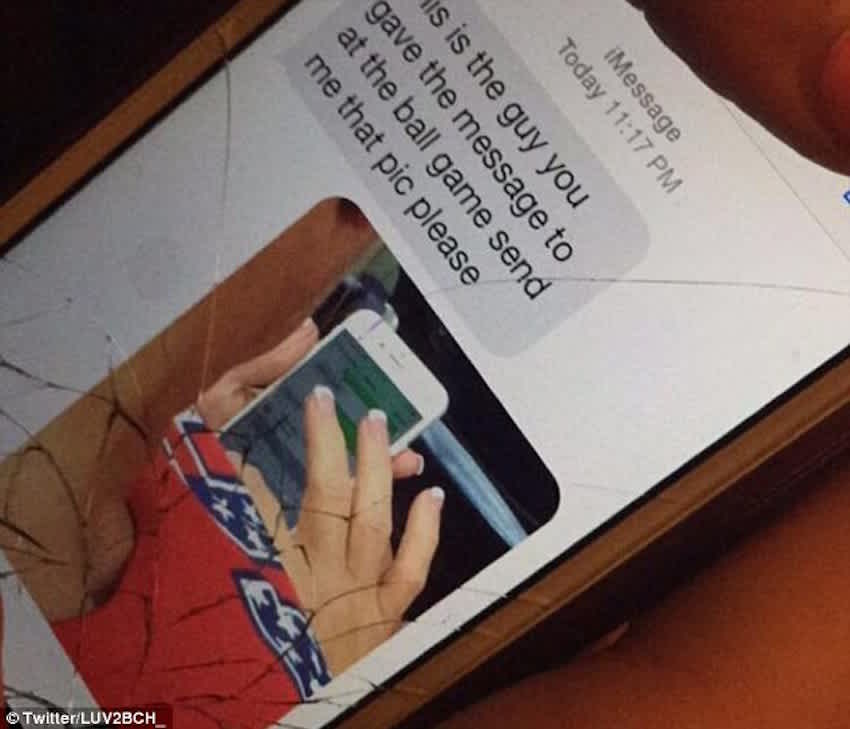 He also said he appreciated the fact they went out of their way to tell him what they saw.

Danica sent him the photos in response. That was the last she ever heard. 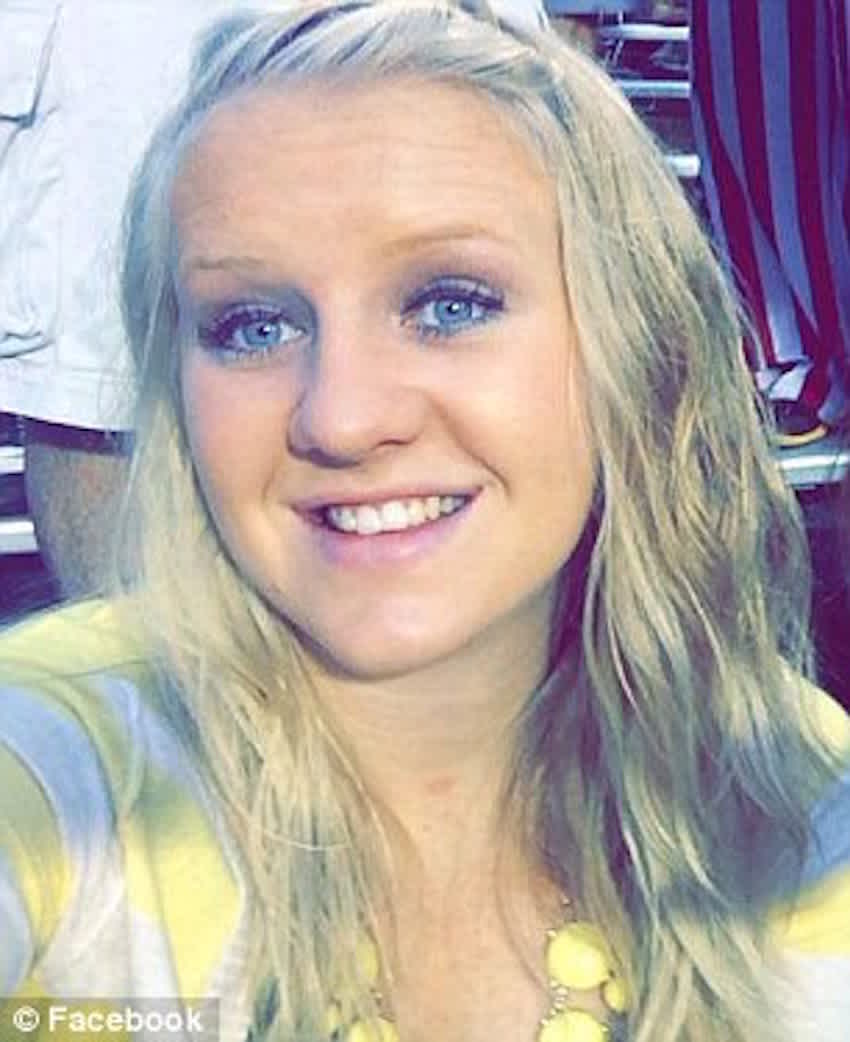 After sharing their story on Twitter, the case of the cheating baseball fan and her unknowing husband went massively viral.

Many readers call the sisters heroes and commend them for doing their civic duty, while others say it’s no one’s business except for the couple involved.

Other people believe the story was a hoax altogether, but the sisters certainly put a lot of effort into exposing the cheating they claim to have seen.

Do you think the sisters did the right thing by “outing” the man’s supposed cheating wife? Let us know!