Sunday night, Jane Fonda joined Don Lemon on CNN, the day after Don called out celebrities and “movie stars” for not speaking out about the ongoing protests against rac!al injustice that are sweeping the nation.

In his broadcast, Don said, “A lot of people I ask to come on this show, to talk about this, [such as] wealthy celebrities, wealthy political people, [say], ‘I can’t do it. I’m mad. I don’t want people to see me mad. It might hurt my business. I’m so upset that I had to go to my country house. Where are you? Why aren’t you f!ghting for these young people? If you don’t do it now, when are you going to do it? … If you are a millionaire or a gazillionaire or a movie star or a politician and you don’t step up now, when the h*ll are you going to do it?”

And Jane Fonda, who has a very long history as an activist, stepped up. She appeared on the show the following night.

People were thrilled to see Jane Fonda take up Don’s challenge so quickly, and a robust discussion about her activism took over Twitter. Many people didn’t know a lot about the causes the actress has stood up for over the years, and they were delighted by the mini-history lesson that others provided.

However, a second detail emerged that many people loved even more: Jane Fonda adopted the daughter of Black Panther members when the young girl was a teen. And instead of centering herself in conversations about her daughter, Jane has kept her out of the spotlight unless her daughter specifically joined the public sphere in some way.

And her daughter did: In 2013, Mary Williams published her memoir. The Lost Daughter: A Memoir was greeted with extraordinary reviews, and Mary was praised for detailing her life in a clear, honest, thoughtful way. Oprah’s OWN channel also published a piece written by Mary about her return visit to her biological family in Oakland alongside a documentary about her life. 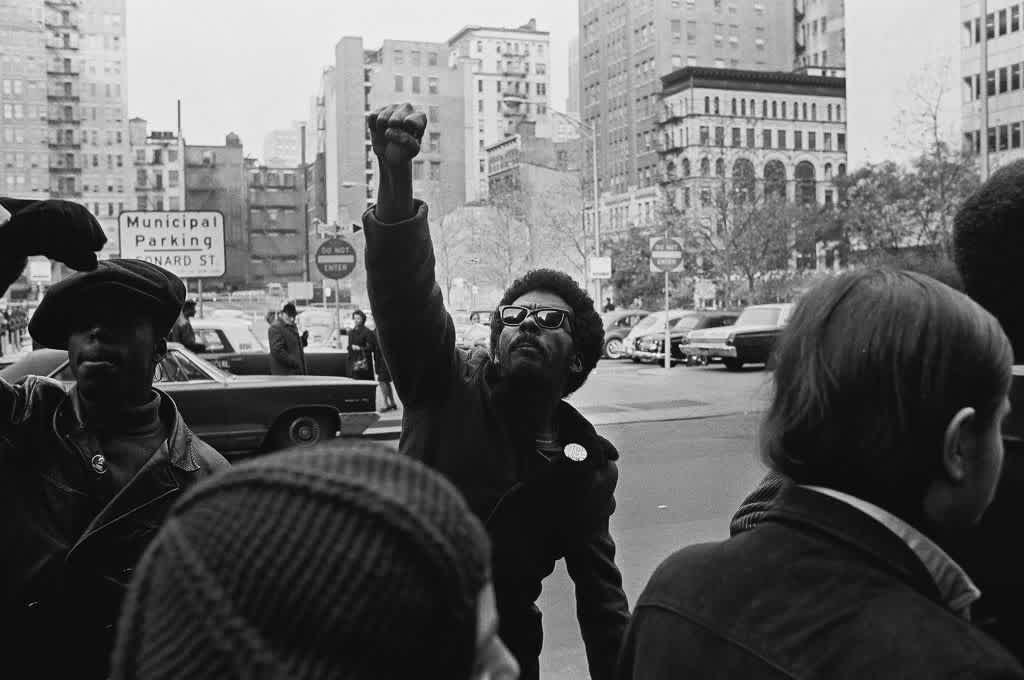 In the piece, Mary shares that at the time, she was in a new chapter in her life. She had left her job and her fiancé in Atlanta and recently reconnected with a childhood friend, Neome, on Facebook. She and Neome had shared childhood experiences that were pretty singular:

“Neome and I grew up in the heart of the v!olent and frenzied Black Power movement. As members of the Black Panther Party — an organization founded in Oakland during the mid-1960s to stop police bruta|ity toward African-Americans — our parents tried to help those who lacked employment, education, and healthcare. Revolution was a day-to-day reality resulting in bl00dy sh00t-outs between the police and, well, us.” 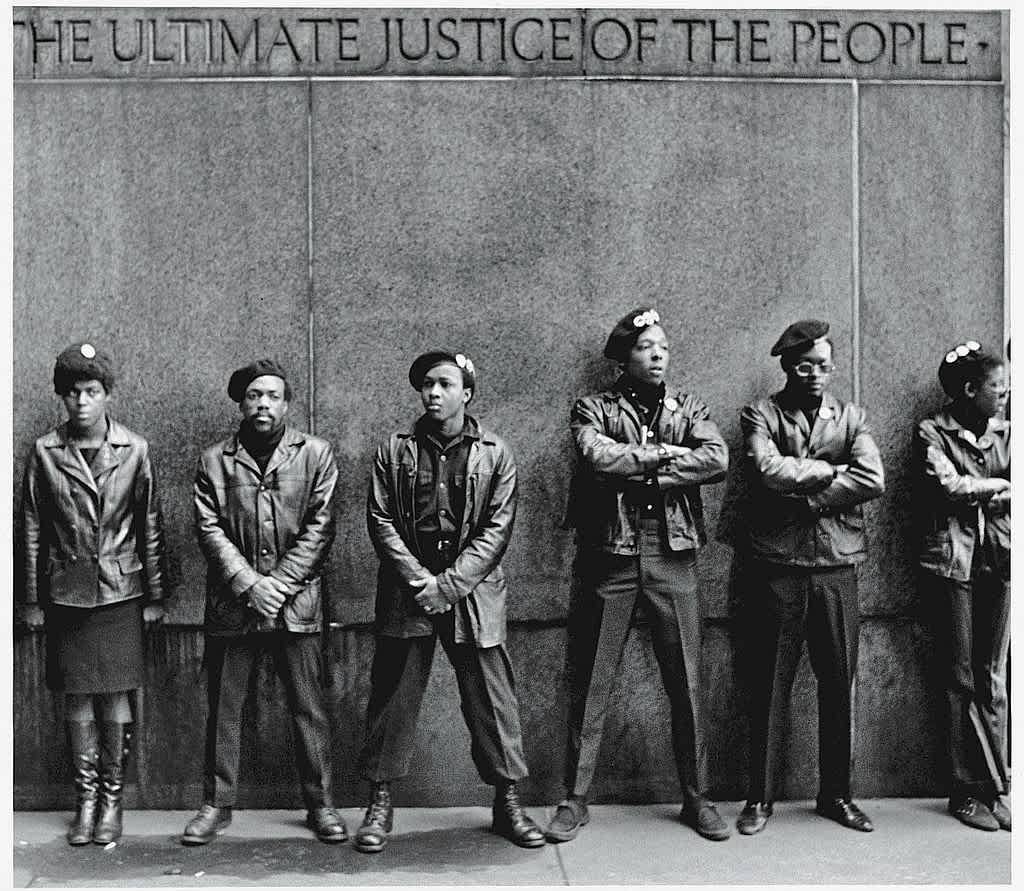 At first, everything was great:

“We looked more like the other non-Panther families in our neighborhood: female-headed with lots of kids. I liked the closeness, especially the chance to spend more time with my mother: We often went to the drive-in theater, stopped at all-you-can-eat restaurants, and then snuggled up in her king-size bed to watch The Twilight Zone or The Benny Hill Show.”

But then, Mary’s mother got hurt and lost her job, which was a huge blow: “Dev*stated by the loss of her hard-won independence, she went on welfare, and morphed into someone I did not recognize. Once funny, loving, and vibrant, she became a zombie.”

Mary adds that the conditions in her home deteriorated to the point that when, she said, “the opportunity came for me to get away from home one summer, I grabbed it.”

And that was how Mary met Jane Fonda. 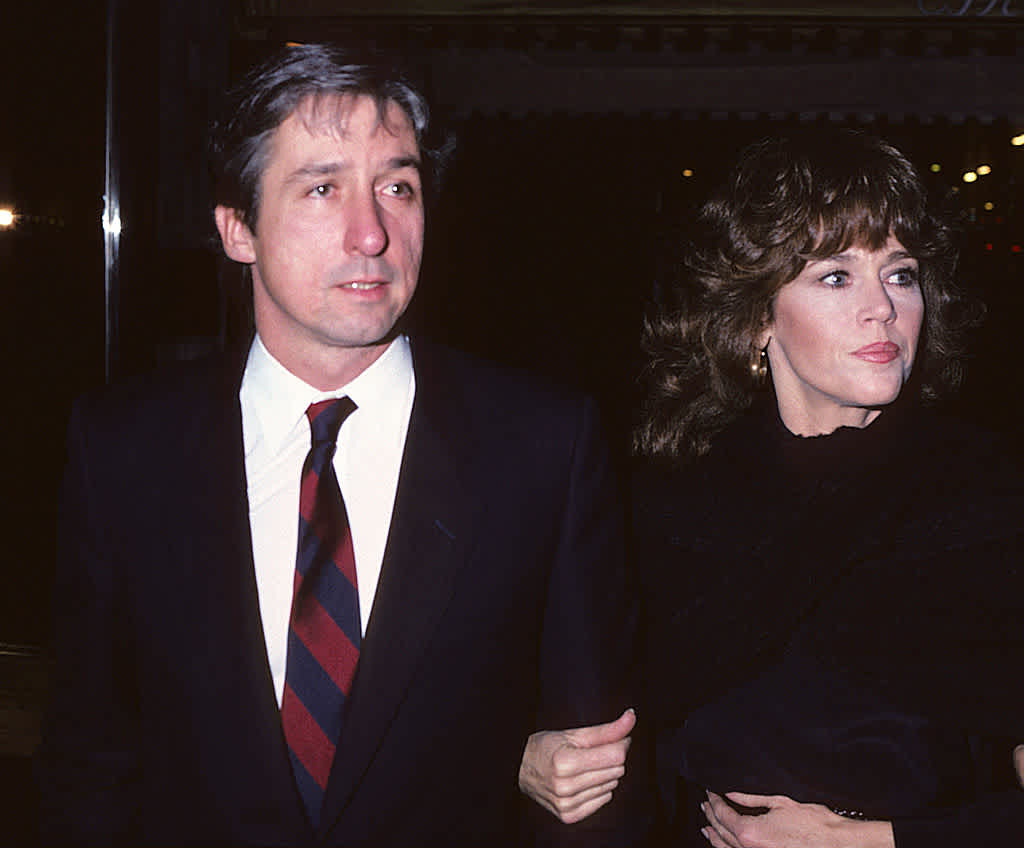 Jane and her then-husband, Tom Hayden, were vocal and visible supporters of the Black Panthers. The two also ran a summer camp called Laurel Springs Children’s Camp, and Mary attended the camp one summer. The culture shock she experienced was intense:

“I couldn’t believe the stuff coming out of my bunkmates’ suitcases! One girl brought four swimsuits and a fresh pair of undies for every day of the week. (I knew this because the days of the week were printed on the back of each pair.) The other children received care packages from home crammed with food, magazines, and books. When we talked at night around the campfire, I found out many of them had their own rooms and bathrooms at home — and they thought about the future, speculating about careers.”

Mary ended up attending the camp for several years, and she and Jane grew close.

“She invited me to her cottage for lunch and coached me on monologues. She focused on me, taking in everything I said as if it were the most fascinating thing she had ever heard. She hugged me whenever we met, held my hand when we walked together, scratched my back when we sat next to one another. This touch, this healthy loving touch, was a revelation.”

Mary also adds that she was hesitant at first, but she grew to trust Jane and began to confide in her. In 1982, Jane offered Mary a room in her home, and Mary left East Oakland. 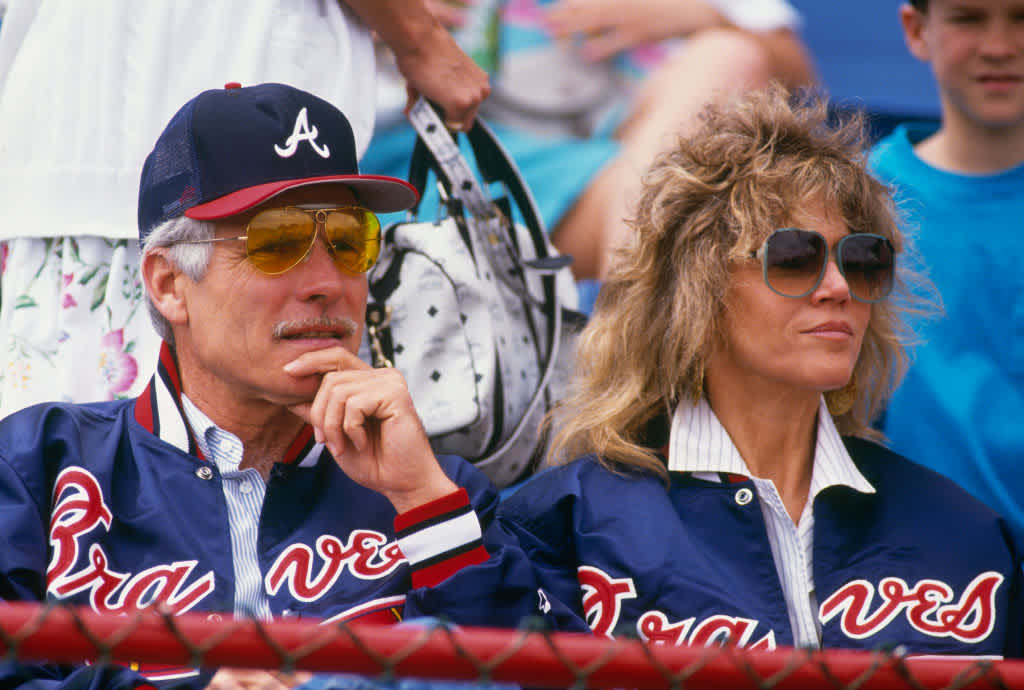 “As a child of the Black Power movement, I never imagined I’d be having Thanksgiving dinner in an antebellum mansion on a former slave plantation with two celebrity icons, five new step-siblings, and dogs. Lots of dogs — hunting and companion hounds pleading for table scraps with their big dark eyes. We spent Christmas at Ted’s Avalon Plantation in Florida, and summer breaks at his Flying D Ranch in Montana. We flew in Ted’s private plane, and fly-fished, sh0t skeet, rode horses and ATVs — and sat above home plate at Atlanta Braves games. We were rich before, but after my mom married Ted I learned the true meaning of stinking, funky, don’t-make-no-[expletive]-sense rich. I also came to understand that wealth can be a tool to do good in the world. Years later, I saw Ted’s face on the cover of Newsweek after he donated a third of his wealth to the United Nations. When I gave up most of my material possessions six years ago to embrace simplicity and environmental stewardship, it was partly because of his example.” 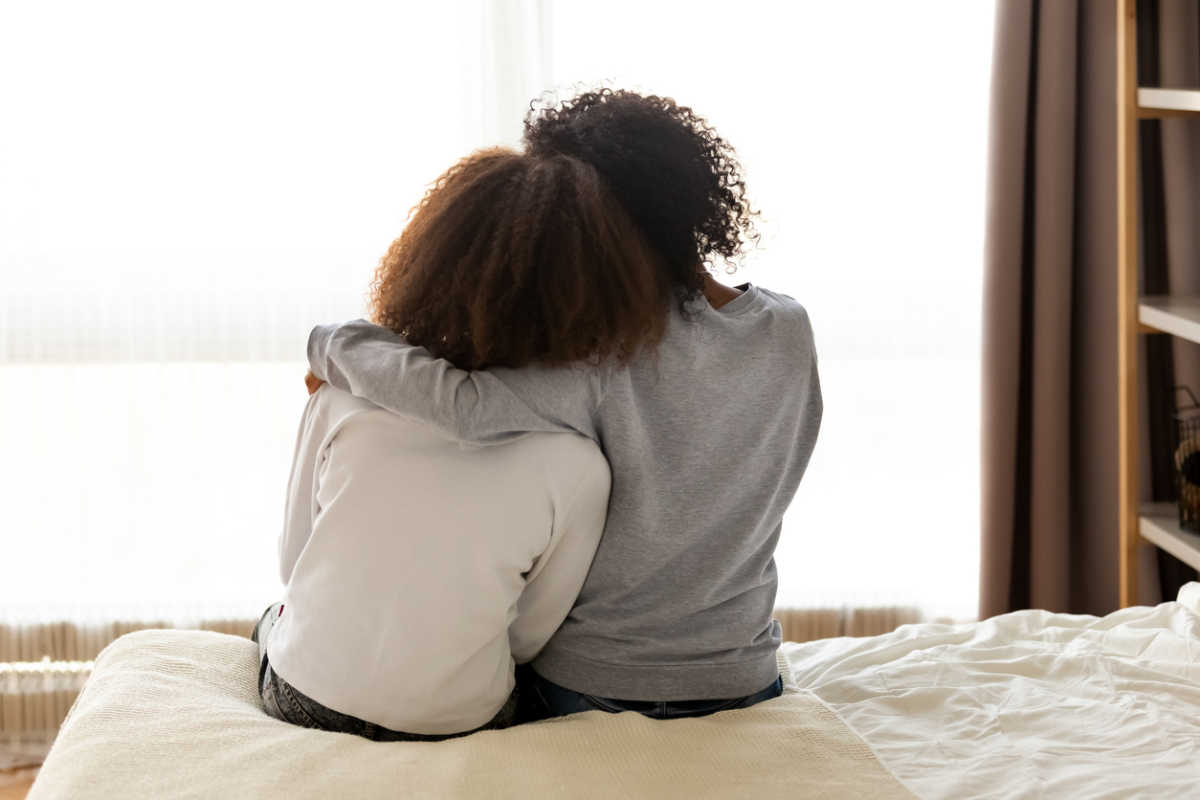 Mary then flashes forward to seeing Neome’s photo online, and clicking “Add friend.” Neome was there when Mary’s sisters struggled through add!ction, and she was also still friends with one of Mary’s other sisters, Teresa. After Mary’s sister Deborah d!ed, Teresa and Mary’s mother shared custody of Deborah’s two young daughters.

Mary and Teresa began catching up online, and they found out a lot about one another. When Teresa shared a recent photo of their mother, Mary was overcome.

“My mother looks vulnerable, but regal, so different from the woman I remember. I fantasize about forging a new relationship with her and Teresa. We could travel together. We could recapture the good times before our family fell apart.” 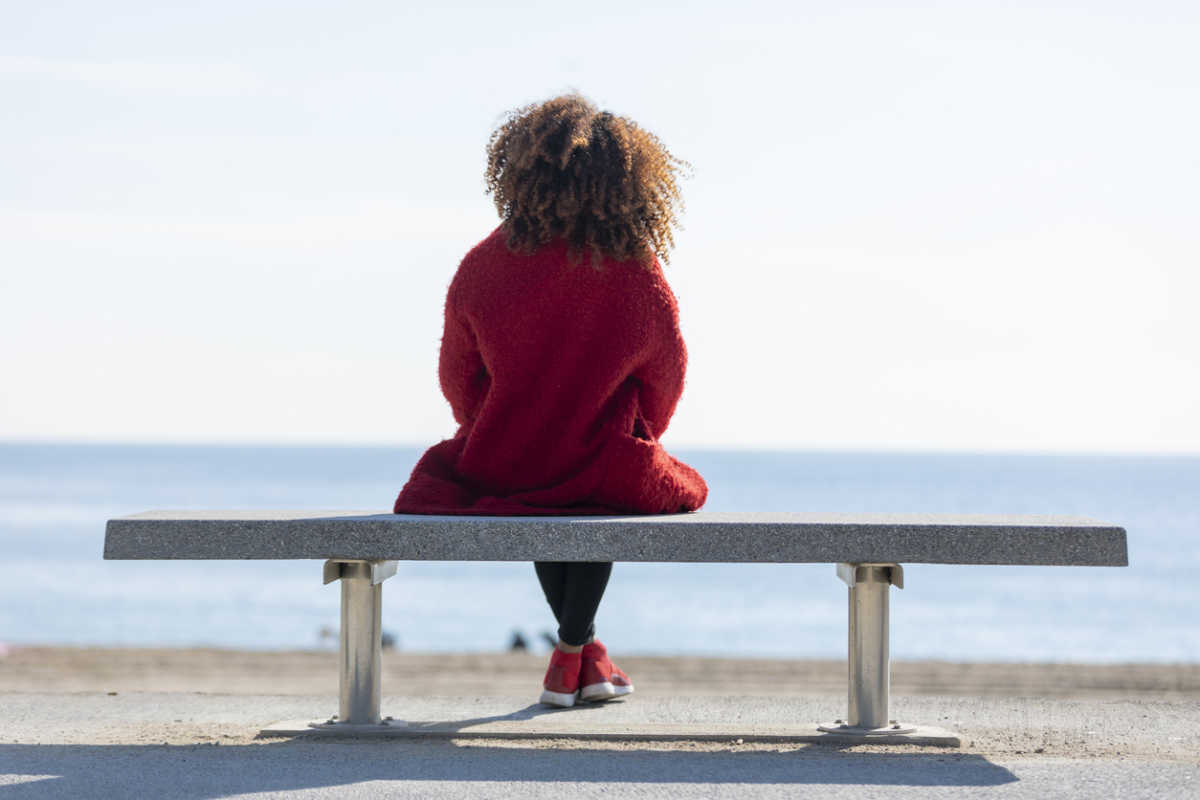 Mary’s mother never challenged her decision to live with Jane:

“As a child, I both feared the day she’d drag me back and resented her for not staking a claim on me. I had grown up thinking she didn’t care. But now I wonder: What if, seeing her other daughters struggle with dr*gs, teen pregnancy, and abu$ive relationships, my mother was relieved that her youngest had happened upon a way out? What if the woman who had given me life had also given me a sh0t at a better life?”

Mary still traveled to Oakland, but she and her sister had a falling out right before the trip and didn’t see one another after all. While Mary didn’t get the conclusion she hoped for, she was wise enough to realize it could still be in the cards:

“Time travel is tricky. You can’t return without bringing something back or leaving part of yourself behind. I still feel the presence of my birth family like a ghost. No matter where I end up, I’ll always have my families.”