The crocodile pictured below is one shot by Steve Curle as a problem animal which had been at*acking and ki|ling fully grown cows. Steve works with local Zimbabwean communities and National Parks assisting with problem animal control (PAC). Many of the crocs he shoots are known man-eaters and some of the biggest crocs seen. While Steve does not hunt professionally, he has a long hunting background and has come to know these creatures intimately, and believes that man-eaters behave differently to other crocs and while bold, will be extremely wary of any approach by hunters. 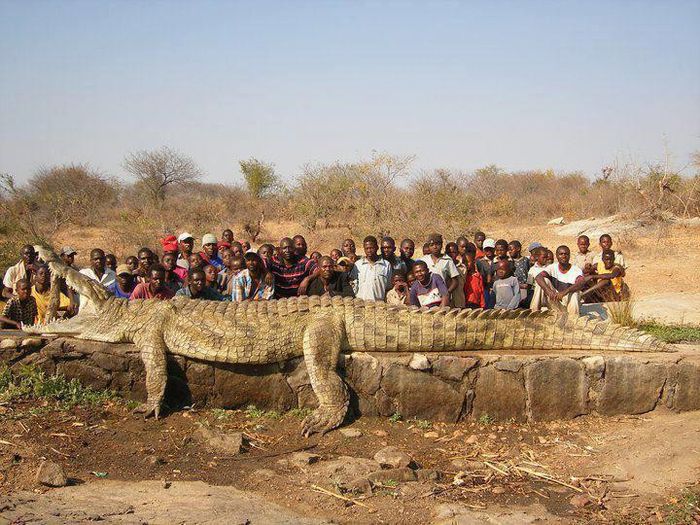 This beast of a crocodile was shot in the extreme north of Zimbabwe on the border with Mozambique and unfortunately, circumstance did not allow for a measurement. However, several estimates put it over 36 feet. A return trip is planned to the little dam where this croc was shot, and a measurement will be taken from the wall upon which the croc is laying.