A 32-year-old woman who jumped into a polar bear enclosure during feeding time at Berlin Zoo on Friday was mauled by one of the polar bears. She was bitten several times before being rescued 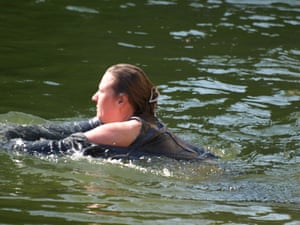 A woman jumped into a polar bear enclosure and was mauled by a bear. The woman leapt over bars at Berlin Zoo, Germany during the bear’s feeding time 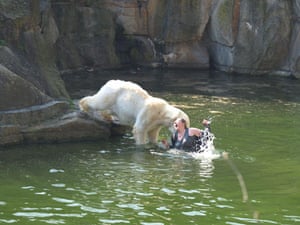 Despite the efforts of six zookeepers to distract the four predators, the woman was bitten several times on her arms and legs by one of the bears 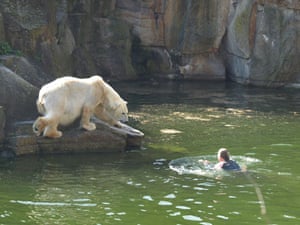 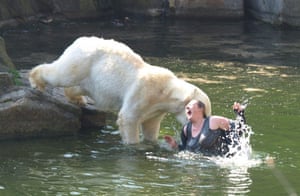