As Americans throughout the country enjoyed Thanksgiving feasts on Thursday, Black Lives Matter issued a tweet declaring that the holiday celebrations were being held on “stolen land.”

“You are eating dry turkey and overcooked stuffing on stolen land,” the organization tweeted. 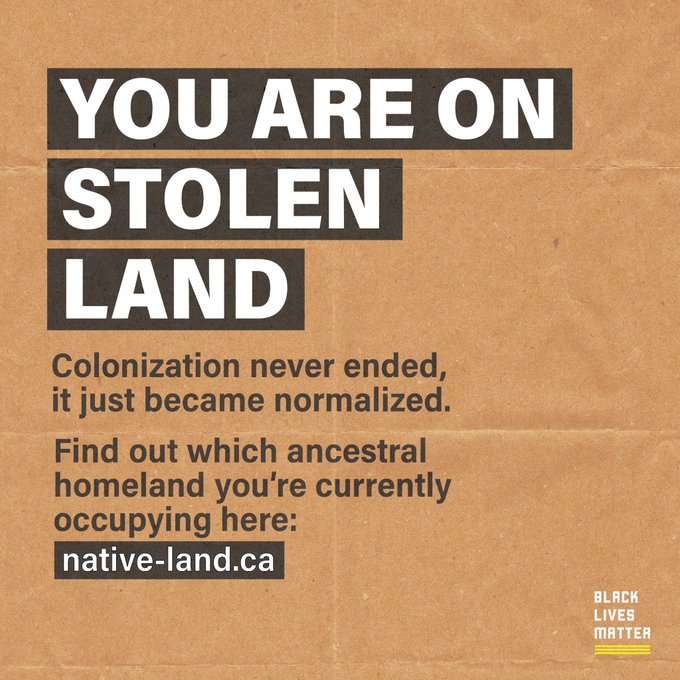 The controversial group’s tweet elicited thousands of responses and retweets.

“You are Tweeting inane nonsense on… the exact same land,” The Daily Wire’s Jeremy Boreing tweeted.

“Amazing that this hateful and dim group has the support of the entirety of the elite — all our corrupt corporations, the ruling party, and the censors,” wrote The Federalist’s Mollie Hemingway.

“Wait are we for undocumented immigrants or against them? Confused,” Harmeet Dhillon tweeted.

“Today, before you sit down with your friends, family, and chosen loved ones, consider starting your meal with a land acknowledgment,” the Facebook post said. “It’s a statement that recognizes and respects indigenous peoples as traditional stewards of the land that you are currently occupying. It’s an expression of gratitude and appreciation for their labor and legacy. It’s also a learning opportunity for other folks at the table who might have never heard of the names of tribes that continue to learn and live on the land they’re standing on.”

“This nation was built on the stolen land of Indigenous people and the stolen labor and lives of our African Ancestors,” Black Lives Matter said in an Instagram post. “Whether you celebrate today or not, may we never lose sight of this truth.”