Maria José Cristerna began her modification journey at the age of 14, and after getting 99% of her body tattooed, she received the official record for being the woman with the most body modifications

A woman who holds the official world record for having the most body modifications has urged younger people to think carefully before getting “irreversible” modifications.

Maria José Cristerna, from Mexico, has a total of 49 body modifications, including implants in her forehead and arms, as well as piercings and a split tongue.

With 99% of her body also tattooed, the Mexican’s extreme look has earned her the title of looking like a ‘real life vampire’.

But, speaking on the Guinness World Records YouTube channel, the tattoo fanatic has advised others to think carefully about following her footsteps after she received the official record for being the woman with the most body modifications in the world. 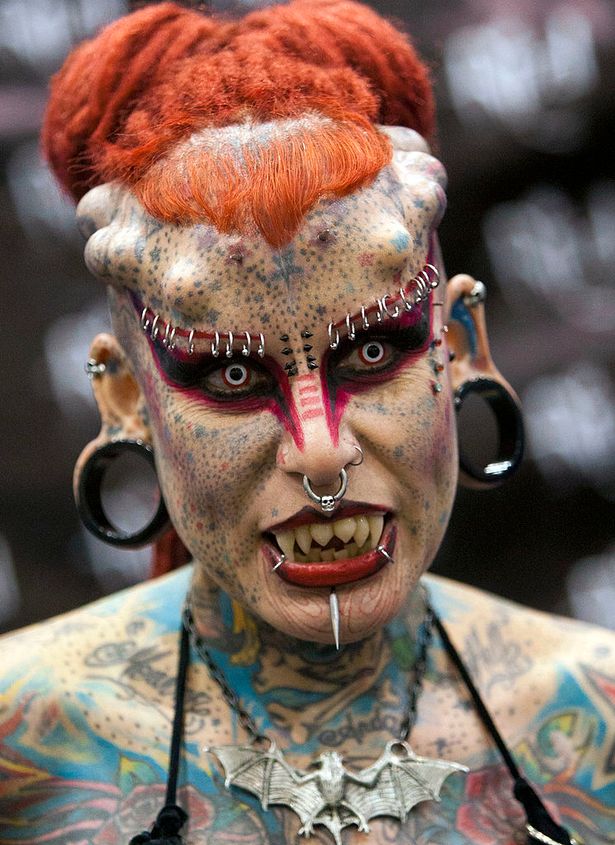 “The advice I would give is that you have to think about it a lot as it is irreversible,” she suggested.

“I love the way I look, but you have to understand that there are young people who are very open to tattoos and piercings and everything. 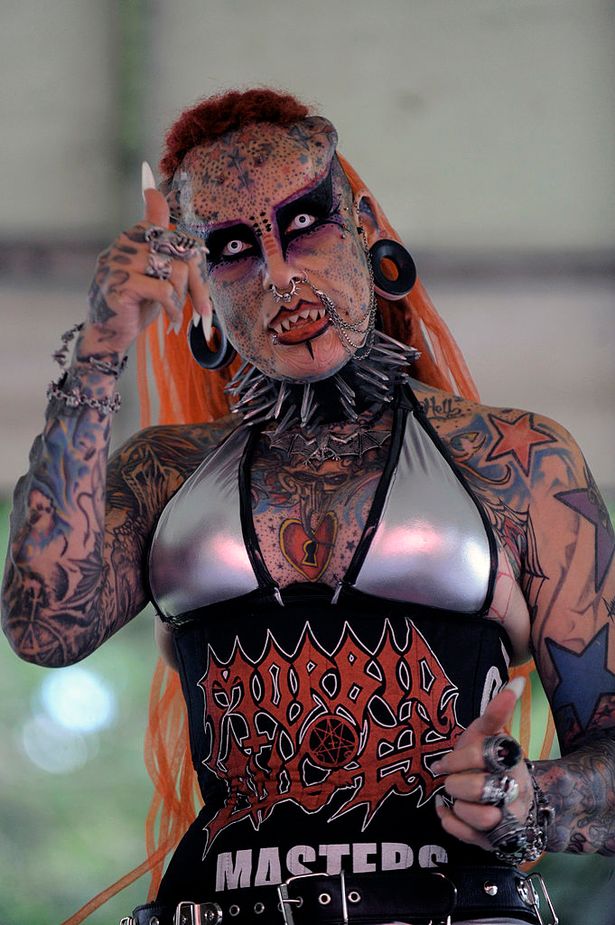 “So you have to think about it very hard in order to love it and be able to defend it your whole life.”

Despite this, Maria admitted that she would continue to enjoy modifying her appearance, observing: “If I feel well and my health allows it, I’ll carry on doing it.”

During the video, the so-called ‘vampire lady’ took the Guinness World Record cameras on a tour of her heavily altered appearance, and revealed that she had started her modification journey at the age of 14. 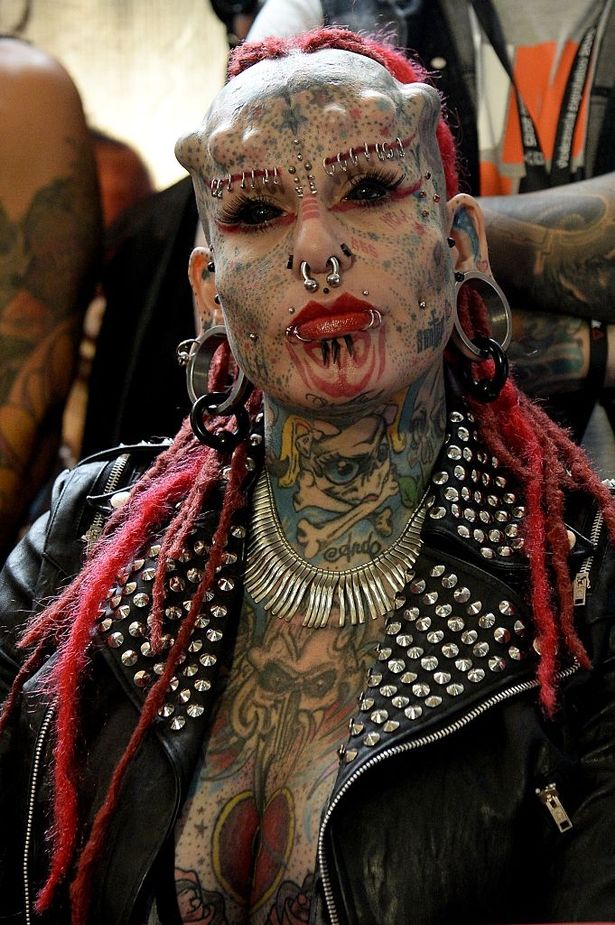 Maria described how she had started with tattoos, and claimed that “99%” of her body is currently covered, before explaining which updates had been the most pa!nful.

“One of the most pa!nful modifications were the implants in my arms, and also the tattooing of the eyeballs,” she said.