“My heart breaks that I will have to postpone these next few shows.”

Pop singer Justin Bieber shocked fans in his most recent video post with half of his face paralyzed. The 28-year-old revealed his current situation along with the apology that he had to cancel Justice World Tour, which was announced days ago. 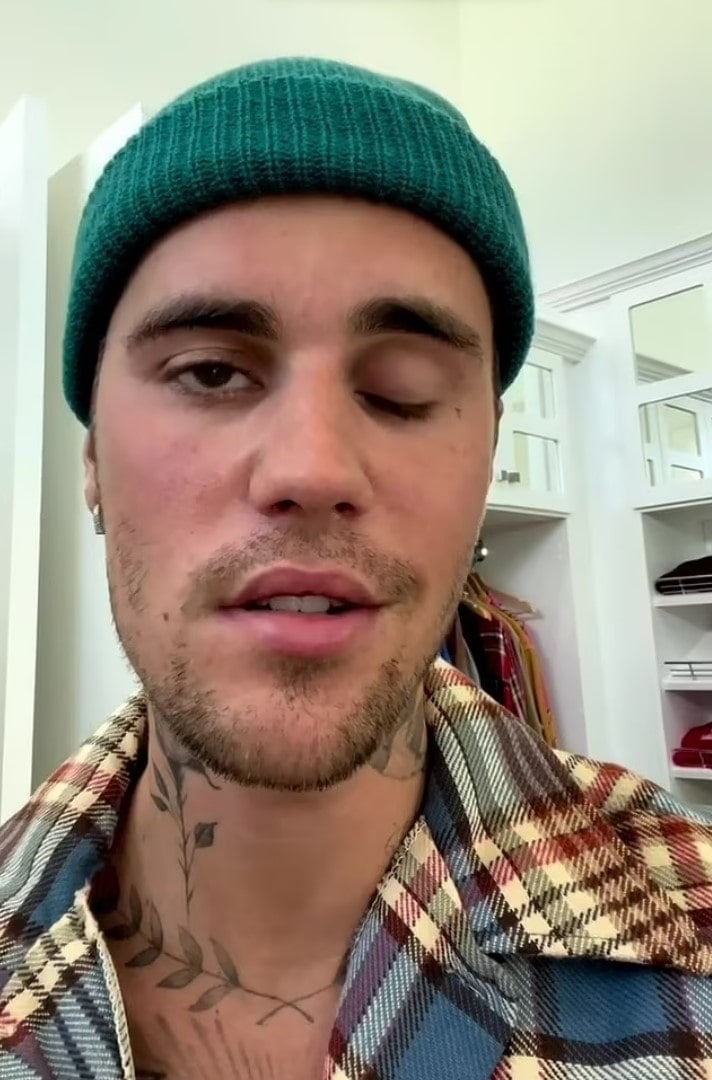 The post showed how he was unable to move half of his face. His eye wouldn’t blink, and he couldn’t smile normally.He also shared a worrying update: Been getting
progressively harder to eat, which has been extremely frustrating. Please pray for me.“Obviously, as you can probably see with my face,” Bieber spoke in the video about his condition. “I have this syndrome called Ramsay Hunt syndrome, and it is from this virus that attacks the nerves in my ear and my facial nerves and has caused my face to have paralysis.”
He had previously explained that “a non-Covid-related illness” had struck him, forcing him to postpone his concert. 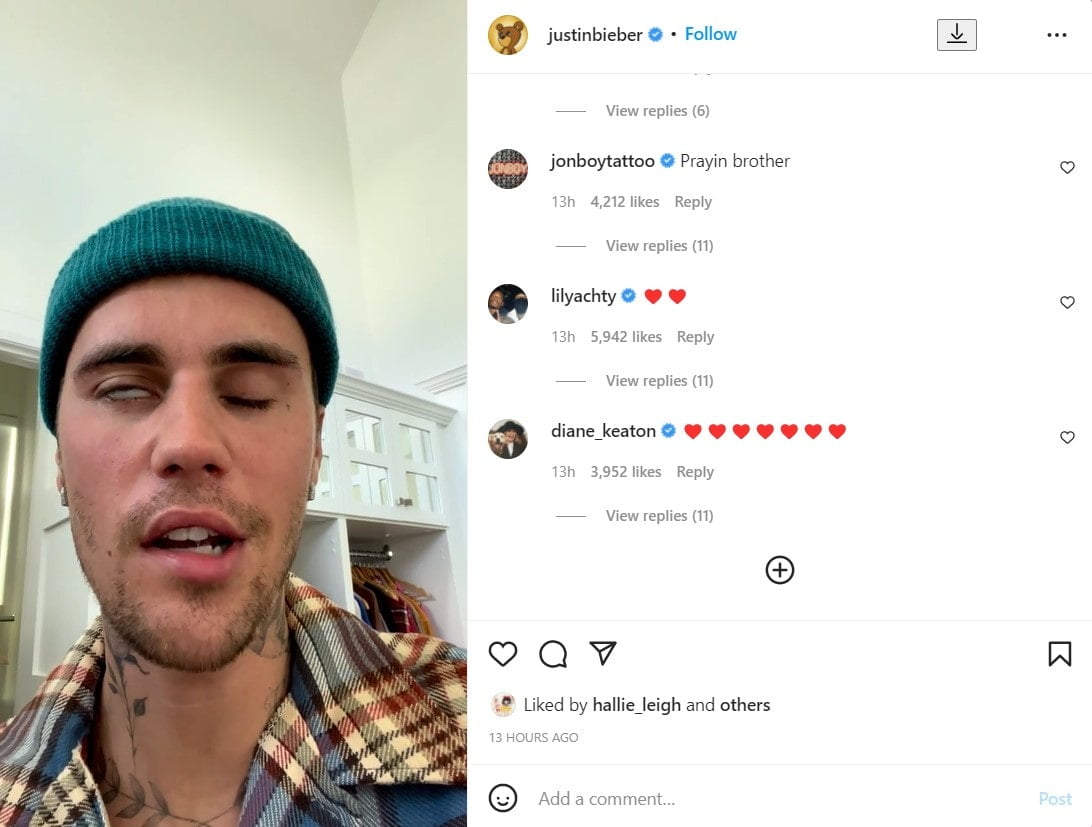 “So there is full paralysis on this side of my face,” the singer continued, pointing to the right of his face. “So for those who are frustrated by my cancellations of the next shows, I’m just physically obviously not capable of doing them. This is pretty serious, as you can see.

He showed how the eye, the nose, and not even his mouth were able to move normally. The typical cause of this was stress, as the virus is normally dormant. 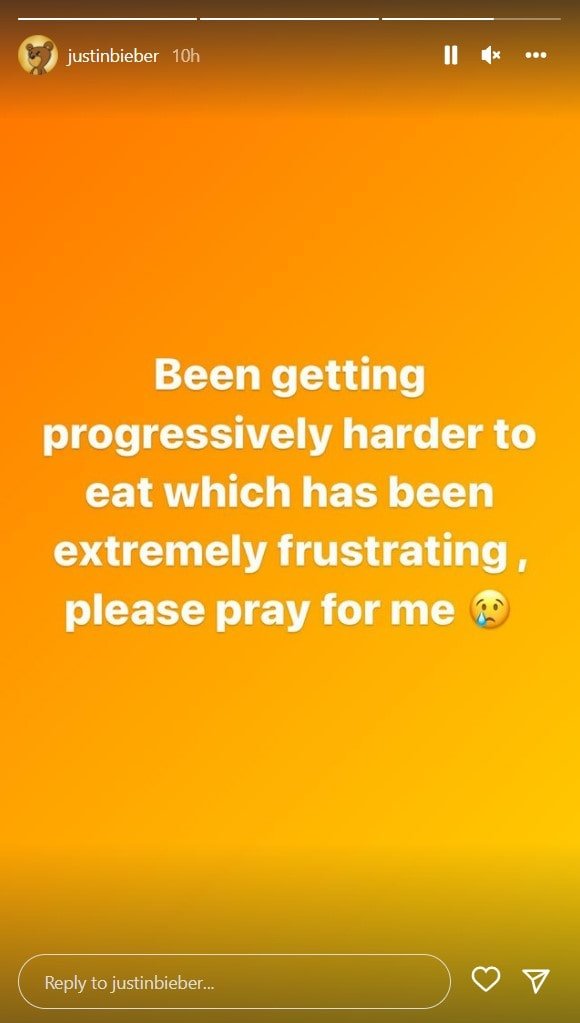 The RSH is caused by the same virus that causes chickenpox (VZV).

“Can’t believe I’m saying this. I’ve done everything to get better, but my sickness is getting worse,” he shared. 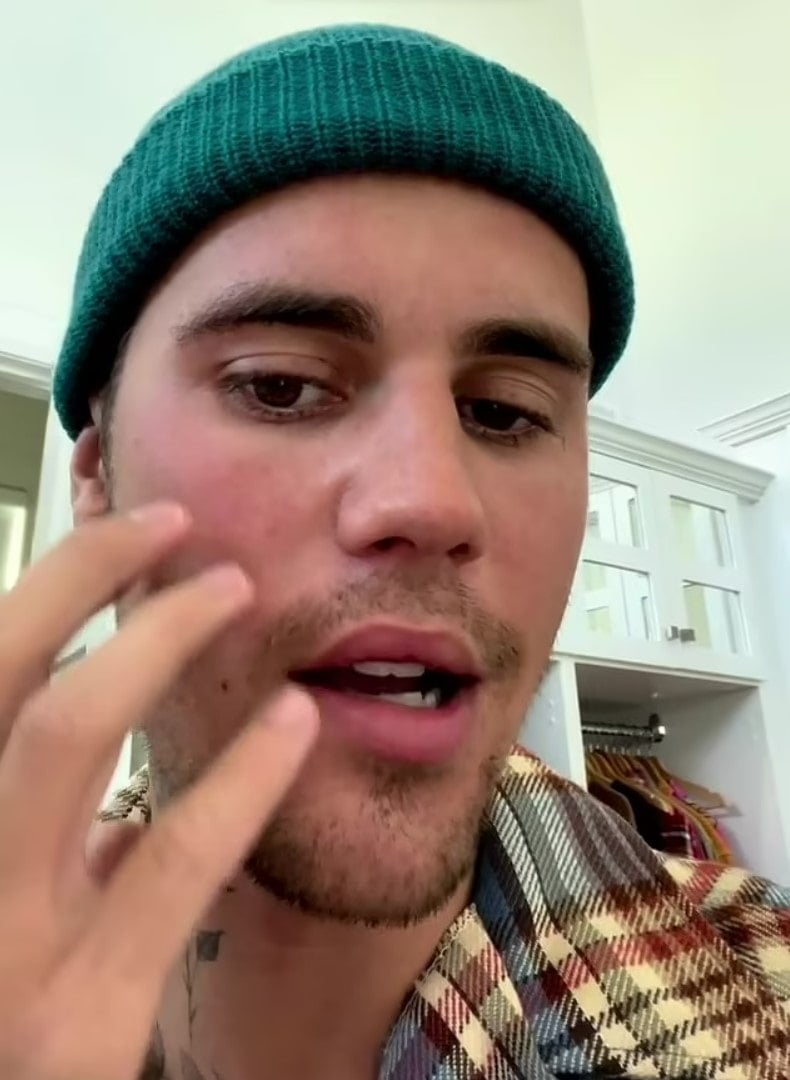 “I wish this wasn’t the case, but obviously, my body is telling me that I’ve got to slow down, and I hope you guys understand. I will be using this time to rest and relax and get back to 100 percent so that I can do what I was born to do.” 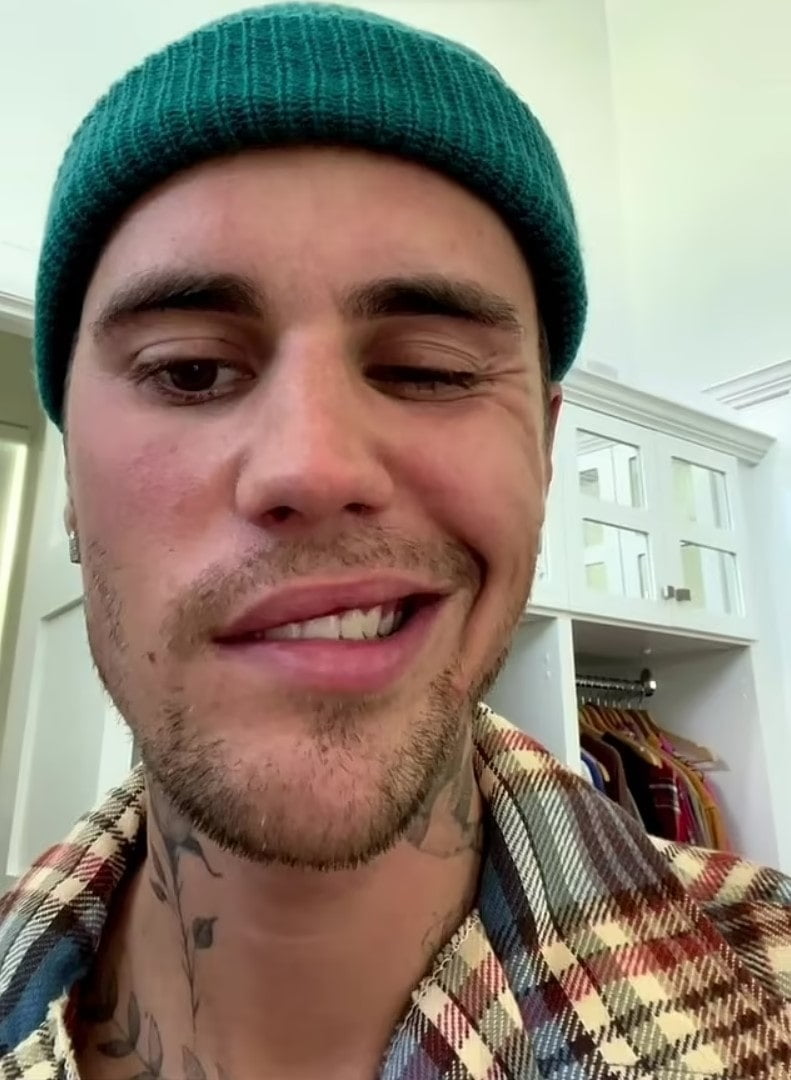 He added, “I love you guys. Thank you for being patient for me, and I am going to get better. I’m doing all of these facial exercises to get my face back to normal, and it will go back to normal.”

“It’s just time, we don’t know how much time it will be, but it’s going to be okay. I hope and I trust God, and I trust that this is all for a reason. I’m not sure what that is right now, but in the meantime, I’m going to rest, and I love you guys. Peace.” 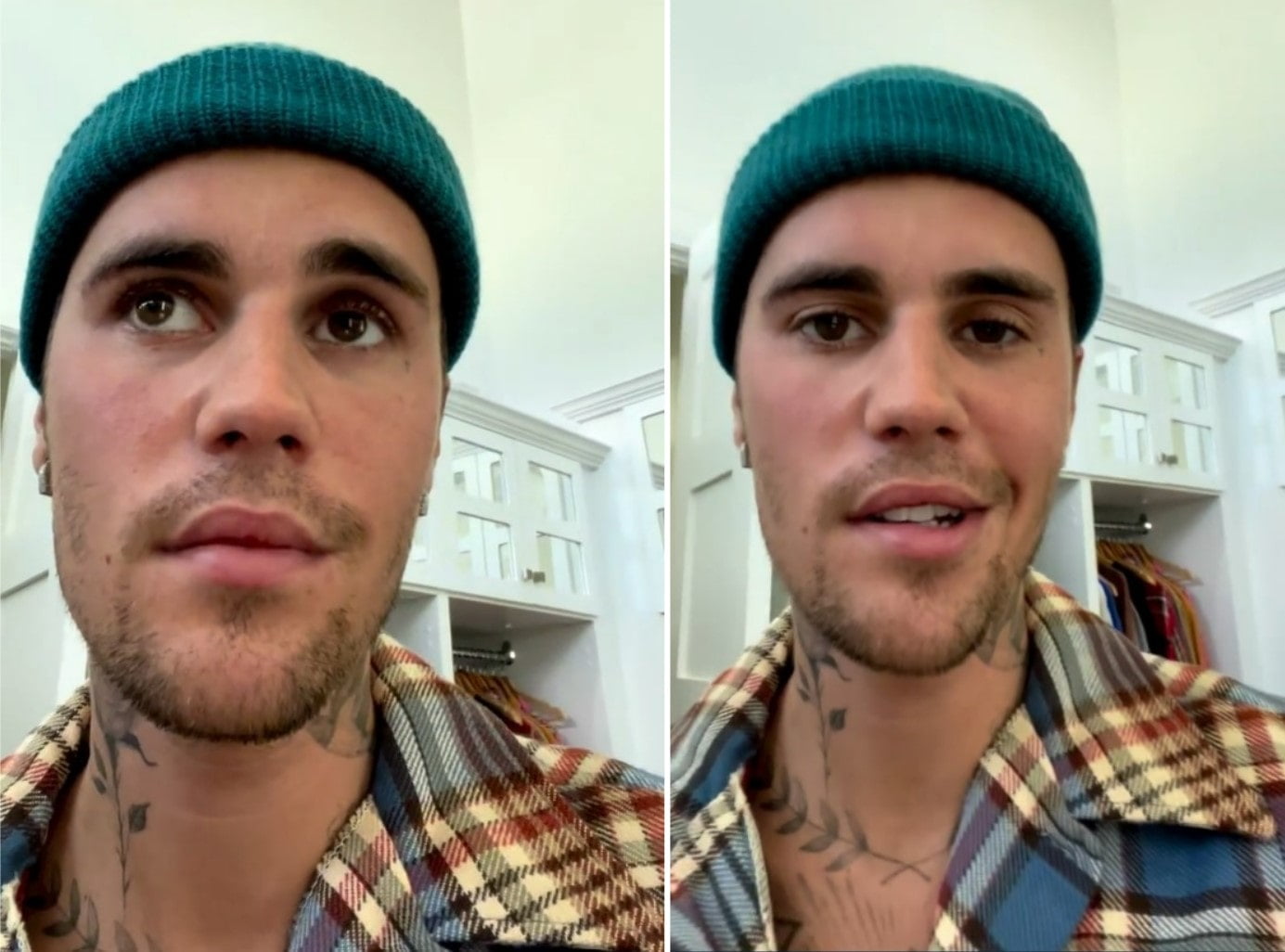 The tour was originally planned to begin on May 22nd to March next year. 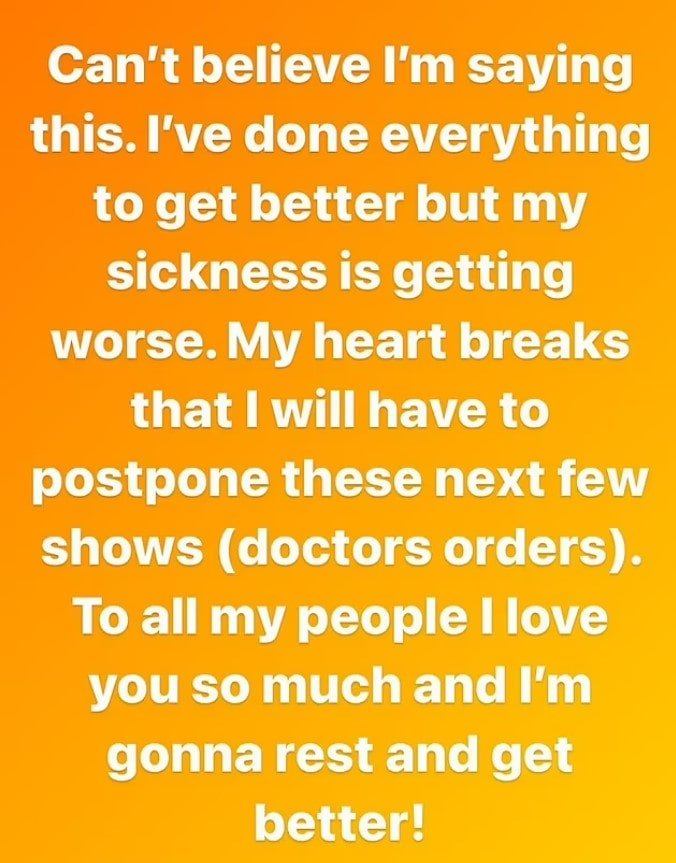 This has been a tough year, with Hailey Bieber urgently admitted into the hospital back in March with a stroke-like symptom. The model apparently had a small blood clot and had a full recovery from the traumatic moment since then.

But with his current condition, Bieber obviously needs to rest for a while before he can return to the stage.