Sometimes a prime example is better than words — especially when it comes to explaining something to children. That’s exactly what Jaralee Metcalf, a teacher from Idaho, decided to do to show her pupils the importance of washing their hands properly. And now the whole world is following her example!

Here at Gain Tip we were so impressed by how simple and clear this project was, that we couldn`t hold back from telling you about it. 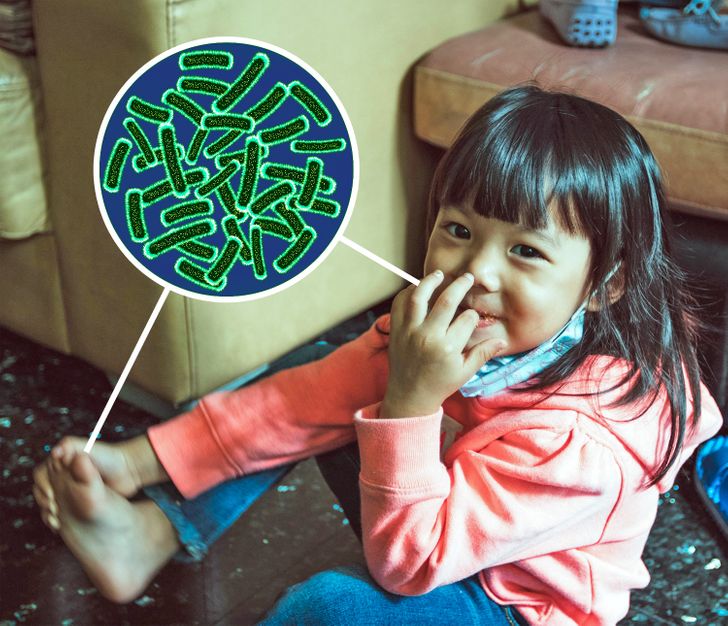 At the beginning of winter, when flu season had just started, Jaralee Metcalf, a behavioral specialist from Idaho Falls Elementary School, shared that she was tired of always being sick. Although the spread of bacteria in her class was inevitable, she wanted to show the kids why they needed to wash their hands to kill germs.

The point of the experiment 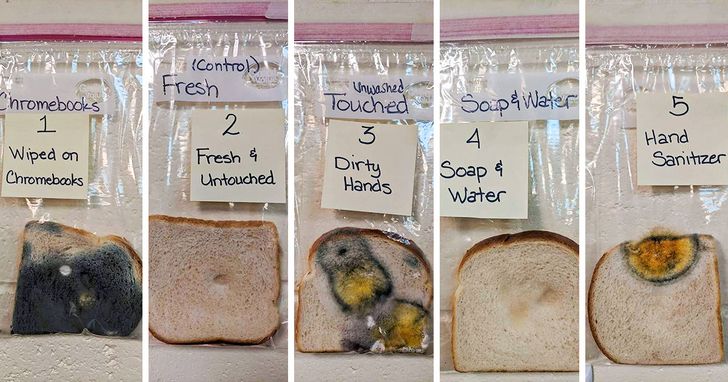 To explain how bacteria spread and why it’s important to wash your hands well and often, Jaralee came up with a simple classroom activity with her students: she asked several kids with various levels of hand cleanliness to touch 5 pieces of white bread that were taken from the same loaf, at the same time. Then, they put the bread in individual plastic bags to observe what would happen over the course of one month.

Steps of the project 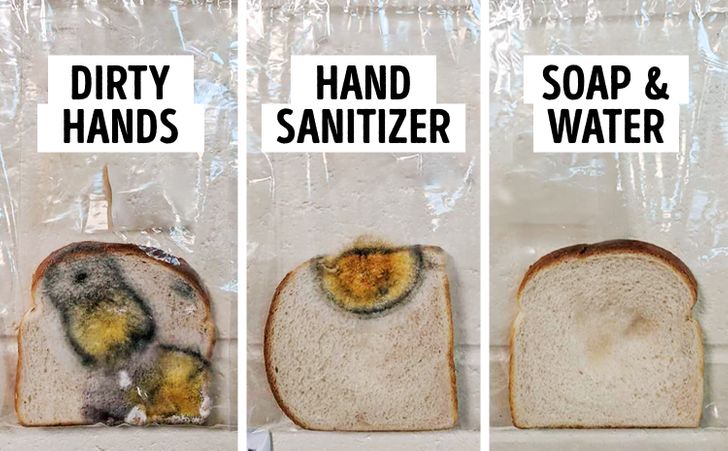 “We took fresh bread and touched it.” — explains Jaralee in her Facebook post that has been shared about 70K times.

The first piece was rubbed on all of the classroom laptops. The second one was a control piece — it wasn’t touched, it was placed immediately in the plastic bag and labeled “Fresh & untouched.” The third piece of bread was touched by the whole class using unwashed hands. For piece #4 the whole class washed their hands with warm water & soap and, again, touched the slice. And for bread piece #5, they cleaned their hands with hand sanitizer and then touched it.

A slice wiped on laptops 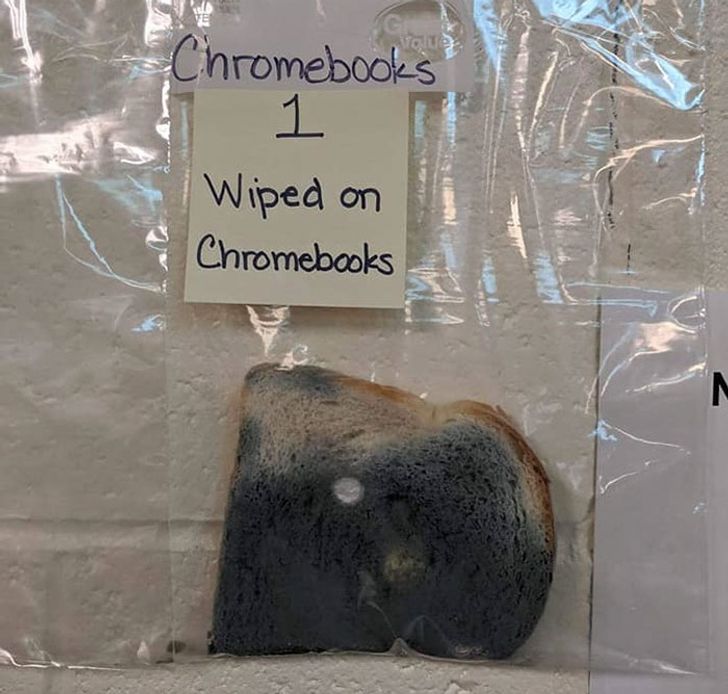 One month later the Chromebook-rubbed slice looked worse than all the other specimens. As the teacher explains, at their school they do sanitize the laptops, obviously they didn’t do that for the project.

The effect of soap & warm water 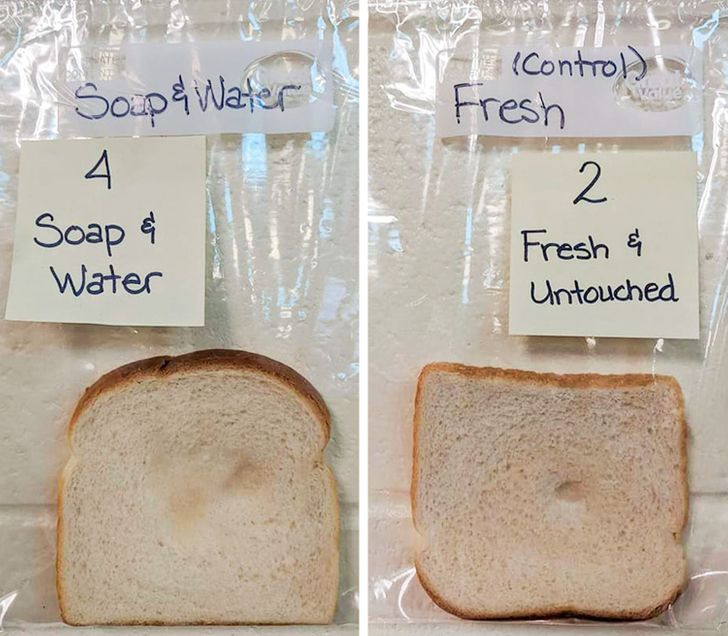 The only slice of bread that didn`t have the obvious bacteria on it was example #4. It was the one that was touched by hands that were just washed with warm water & soap, which clearly showed the children why they should wash their hands often. 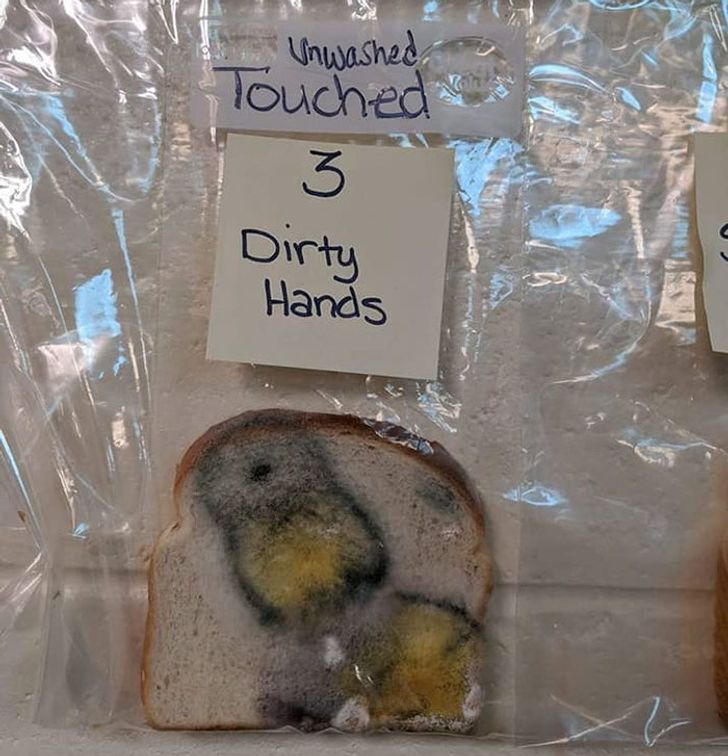 Example #3, the “dirty hands” slice, was covered in spectacular mold growths one month later and didn`t need any additional explanation. 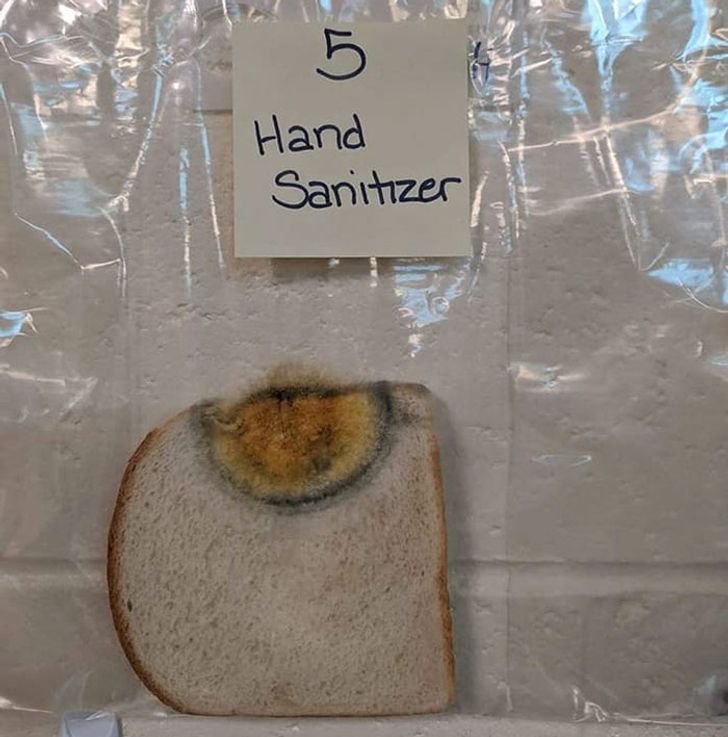 One interesting thing is that specimen #5 — the “hand sanitizer” slice — turned out to have a lot of bacteria too. So this is a clear example that hand sanitizer can’t replace proper hand-washing with soap. Jaralee shared the results of the project on Facebook to tell parents teach their kids to wash their hands well and this simple project immediately spread to hundreds of other schools and families.

The hand sanitizer slice shook us a little! How about you? How do you teach your kids that they need to wash their hands properly? We’d be happy to hear from you in the comment section below!