All waiting to embark on the adrenaline rush of a lifetime.

Do any of us actually know why we like them so much? 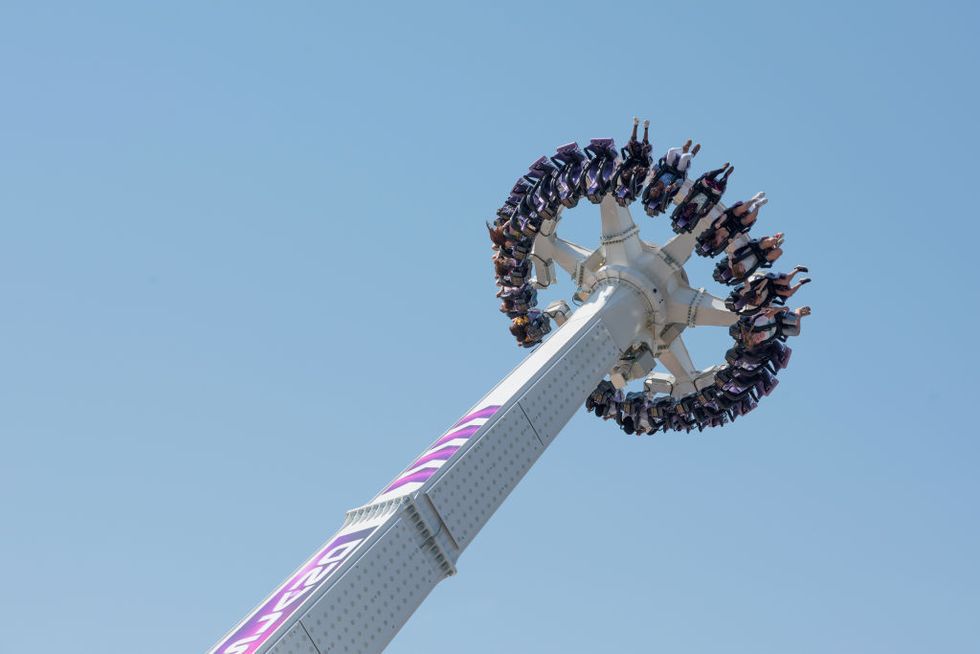 Being catapulted into the sky upside down at high speeds doesn’t exactly sound appealing when you put it into words.

We all know the feeling of either trying to desperately convince a friend to go on your favorite ride with you because it’s “not as bad as they think,” or, on the flip side, being that unfortunate friend who has reluctantly agreed to embark on a nightmarish rollercoaster just to be a people-pleaser.

Despite the low probability, rollercoasters have been host to a number of devasting incidents. 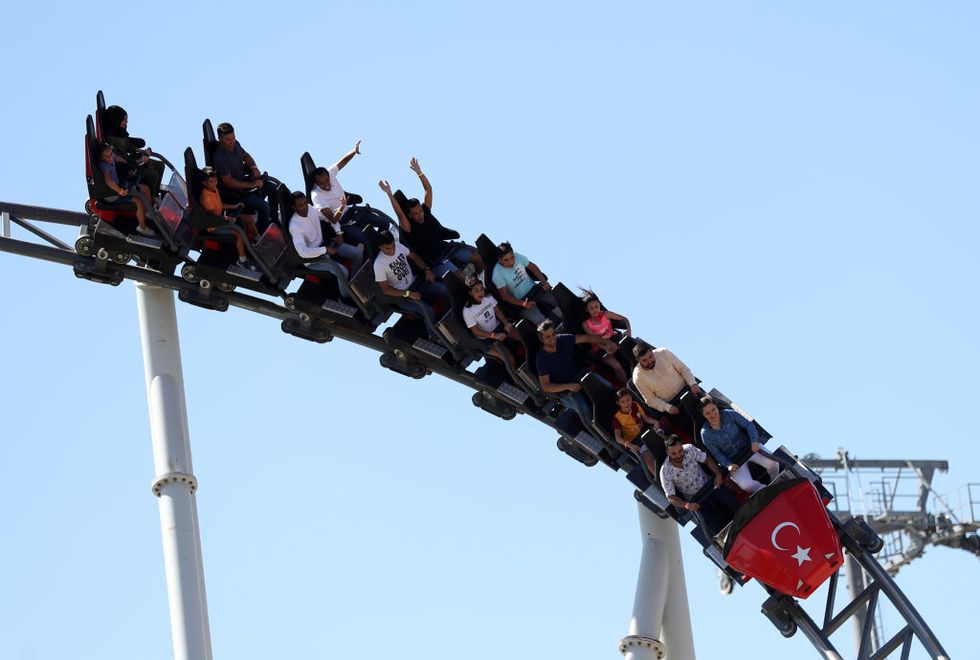 From life-changing injuries, horrifying crashes, and even death, a split decision to strap into a rollercoaster has caused devastation to people’s lives.

In 2019, a ride in an Indian amusement park snapped in half…

Twenty-four-year-old, Manali Rajwadi, and twenty-two-year-old, Mohammed Javed, lost their lives after a ride at the Kankaria Adventure Park in India snapped in half, sending the bottom half of the ride crashing down. Twenty-six other riders were immediately rushed to hospital once they were broken free from their straps.

The consequences were heartbreaking.

What started off as a fun day out ended so terribly. An investigation has since been launched to determine the cause of the tragic crash.

And now, here in the U.S. a fourteen-year-old has tragically died after falling from a ride at ICON Park in Florida… 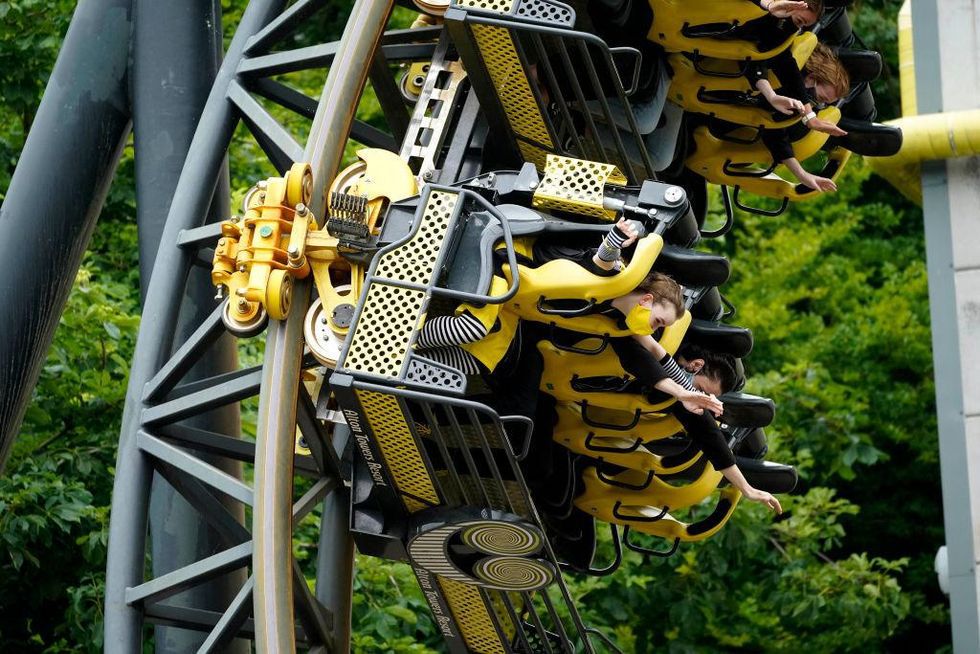 As per Fox 35 Orlando, a park employee shared how people initially thought a “piece of the ride” had broken off, but when they went to take a closer look they discovered “a person laying on the ground.”

The horrific incident is currently being looked into by officials.

#BreakingNews this morning, a death investigation at Icon Park in Orlando. A 14 yo fell and died off the Free Fall ride, a drop tower. @OrangeCoSheriff is investigating @MyNews13 pic.twitter.com/MDvzPkHNuv

People have been left horrified by the news online…

Absolutely horrified and devastated to find out the news coming from Icon Park in Orlando where a 14 year old boy fell to his death from the drop tower. How on earth has this happened? it's so sickening. My thoughts go out to all those affected ❤

Devastating news out of Orlando's Icon Park tonight. It's hard to imagine a scenario where this might not have been preventable, but I'll not pretend to be an engineer. Even as a drop tower / free fall fan, I've been wary of this one for having tilt seats without belt redundancy.

A man fell off the drop tower at ICON park in Orlando. 🥺 it’s so traumatic. They about to shut that down.

A tragic needless death at Orlando's Icon Park last night. My thoughts are with the family of the victim.

I'm no ride engineer, but how are tilt seats without seat belt redundancy allowed to operate on a free fall / drop tower?

I won't get on these rides, in my older age I'm just to paranoid to get on them. This kind of story just reinforces why I don't. Sorry to the family, just horrible.

I was on this less than 2 weeks ago late at night, staff didn’t seem to give a damn, don’t even think they checked the restraints so sadly not surprised to see this

Just remember that theme parks aren’t very regulated. Thanks to lobbying, theme parks basically can do whatever they want.

The fourteen-year-old, since identified as Tyre Sampson, was rushed to hospital after falling from the Orlando Free Fall ride…

Tragically, Sampson succumbed to his injuries in hospital.

The ride, which opened in December, is said to stand at a whopping 430 feet. And according to a press release, is “the world’s tallest free-standing drop tower.”

A look at the restraints on the Orlando Free Fall ride. They pull over the rider – similar to a roller coaster (no seat belts). 2 workers do safety checks and make sure restraints are locked. A 14-year-old boy tragically died in the ride last night. @fox35orlando pic.twitter.com/UuvjadcCJq

The ride was immediately closed following the incident and isn’t likely to re-open anytime soon.

A spokesperson for the Orange County Sheriff’s Office shared that the investigation is in the “very early stages.”

The statement read: “On March 24, 2022, at 11:12 p.m., deputies responded to 8433 International Drive (Orlando Free Fall) for a 911 emergency. Witnesses on the scene reported that someone had fallen from the ride. A 14-year-old male was transported to the hospital, where he died from his injuries. This death investigation is in its very early stages. This is all the information we have for release at this time. We will send updates when they become available.”

And now even more distressing news has emerged.

Please join me in sending prayers to the family of 14-year-old Tyre Sampson as they go through the unthinkable loss of their son — an honor roll student, aspiring athlete, and kind-hearted person who cared about others. 🙏🏾 pic.twitter.com/JDVp4MHyoV

The news that Sampson actually knew something was wrong just moments before his tragic death.

The boy asked his friend sitting next to him to tell his parents he loved them.

Everybody showing the video how this young man died. I want to show a video how he lived. ( I did not know him personally) My condolences to the family and friends of Tyre Sampson everyone knew him as “Big Tick ” R.I.P ❤️❤️❤️ pic.twitter.com/9wBkUno7De

As soon as the ride began to ascend the boy reportedly told his friend sitting beside him to tell his parents that he loved them.

“He was explaining to his friend next to him, ‘I don’t know man. If I don’t make it down, please tell my Mom and Daddy I love them.’ For him to say something like that, he must have felt something," Yarnell Sampson, the dad of Tyre Sampson, said. https://t.co/uNccQeTN1B

“When the ride took off, that’s when he was feeling uncomfortable. He was like ‘this thing is moving,’ you know what I’m saying. And he was like ‘what’s going on?’”

That’s when Samspon shared the chilling premonition to his friend beside him.

THIS IS TYRE SAMPSON.
He is the 14-year-old who died after falling off of the “Orlando Free Fall” drop ride. #FOX35 News talks exclusively with his father at 5:00 and 6:00. #Orlando #Dropride pic.twitter.com/w1gdjnh9sG

“That’s when he started freaking out. And he was explaining to his friends, next to him, ‘I don’t know man, if I don’t make it down, safely, can you please tell my mamma and daddy that I love them. For him to say something like that, he must have felt something.”

It is widely believed that staff didn’t properly secure Sampson into the seat before the ride began.

His weight really wasn’t the issue.. the ride’s been open since Dec and heavy set people have rode it .. he just could’ve been in a broken seat. That’s More realistic.. they should’ve checked him.. pic.twitter.com/JdPUBbkYt9