This incredible story is all over the world. The story of the little girl who weighed only 400 grams , inspite of the odds survived, to continue living.

Nothing can escape fate 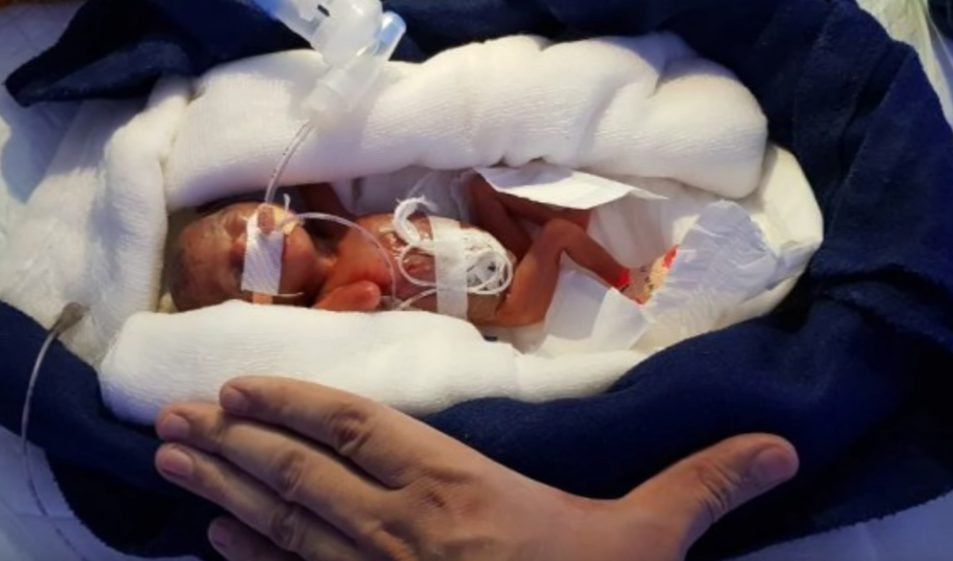 Nothing can escape fate

Doctors had given up hope on the survival of this little life. Manushi was born with a purple tint and was weighing only 400 grams.

It all began on June 15, 2017. 48-year-old Seeta from India was in her 28th week of pregnancy, and it was far too early for her baby to be born. But as nothing can escape fate, she gave birth to a baby girl.
Risky decision 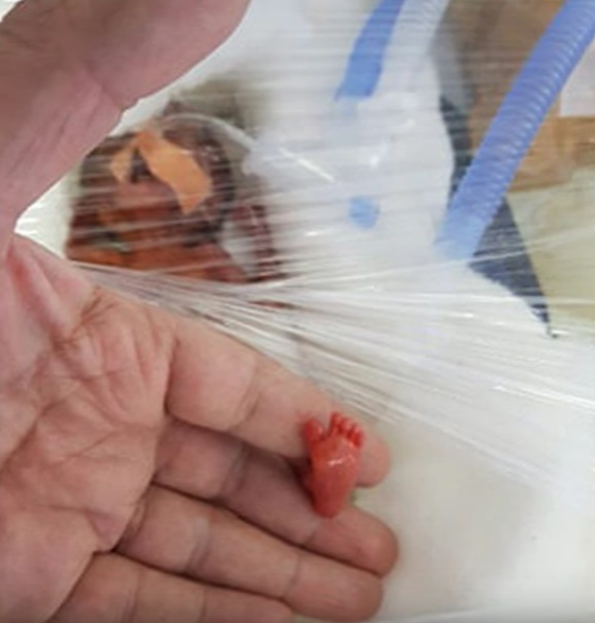 Seeta’s blood pressure increased, and began to become dangerous, during her pregnancy. When she was in her 28th week, an ultrasound revealed something weird. Blood flow was not reaching the placenta, which was fatal.

On June 15, 2017, the doctors were forced to take a risky decision, an acute caesarean section. 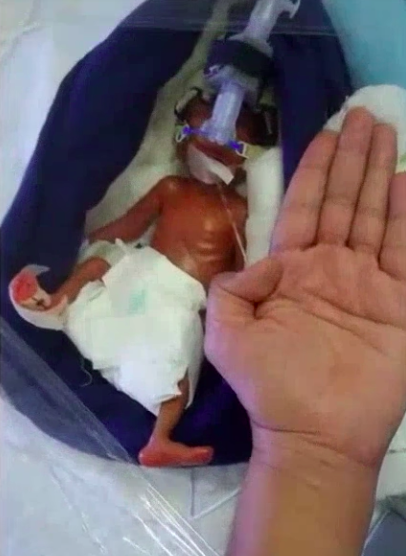 When the girl was born, her foot was the size of her father Giriraj’s fingertips, shocking everyone. The little baby weighed only 400 grams and was 21 centimeters long.

To a newborn to b considered healthy, the baby should be at least 2.5 kilograms and newborns’ average length is 50 centimetres.
Manushi was kept in ICU 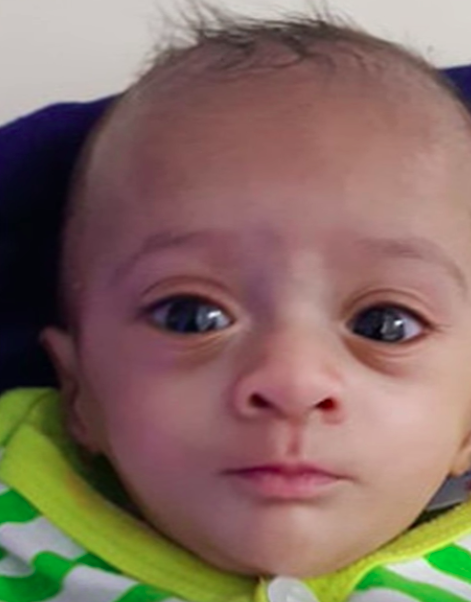 Manushi was kept in ICU

The tiny baby, Manushi was not breathing when she entered the world, as her lungs usually mature in week 34. But despite everything, her family decided not to give up. The little one was moved to the ICU and was put on artificial respiration.
Her organs had not yet developed and her skin was as sensitive as paper.

“When the baby was born, we were not sure what would happen. Saving a baby this size was a big challenge,” Sunil Janged, director of the neonatal department at the hospital where the baby was born, told El País, adding: “… After seven weeks Manushi managed to get milk, and gradually began to breathe on her own. Her brain and eyes began to develop as well. During her stay at the hospital she received multiple blood transfusions.” 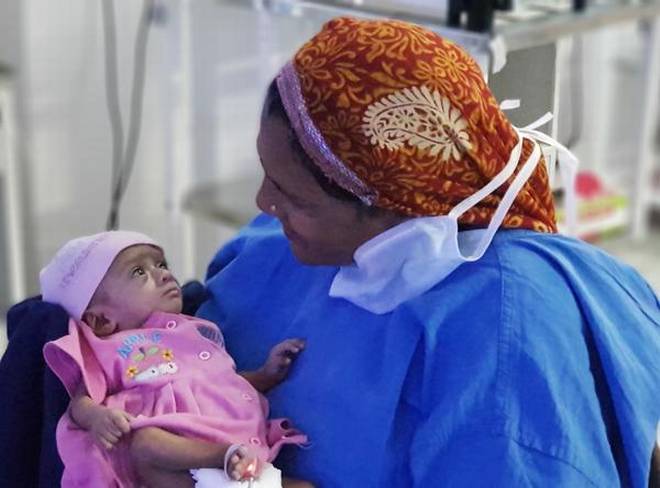 The doctor says, “We decided to save the baby’s life and gave her all the medical help she needed for us to show that all girls should be protected” . He explains that in the state of Rajasthan newborn baby girls are often killed, only because they are born a girl and this needs to end soon.

The little one’s chances of survival were less, but the miraculous baby was finally bought home on January 15, 2018. Manushi is now 7 months old and weighs 2.4 kilos, according to Hindustan Times 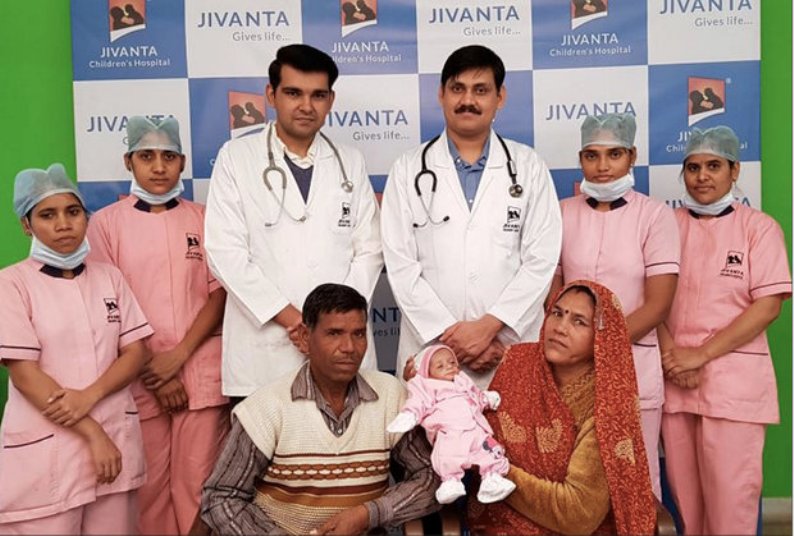 Mom Seeta, 48, and dad Giriraj, 50, are from Rajasthan and have been married 33 years. They say their daughter is a miracle and she indeed is!

“She fought and fought and struggled against all odds… and made it,” says the Seeta.