The biggest online encyclopedia, Wikipedia, has more than 6,035,554 articles in the English language alone and this number is growing every day. They contain a lot of facts about all sorts of things. According to an urban legend: if you click the first (non-italicized) term on nearly any Wikipedia entry, eventually you end up at their “Philosophy” page. And yes, Wikipedia has already created an entry called “Getting to Philosophy,” which describes this phenomenon. According to them the effect is true for 97% of all entries, and it was first discovered in 2008. Of course, no one could ever replace Wikipedia, but we also have some facts that can impress even those people who think they know everything.

We at Riddle Side were surprised to find out that there are still some things in the world we didn’t know about, so we want to share this as soon as possible. 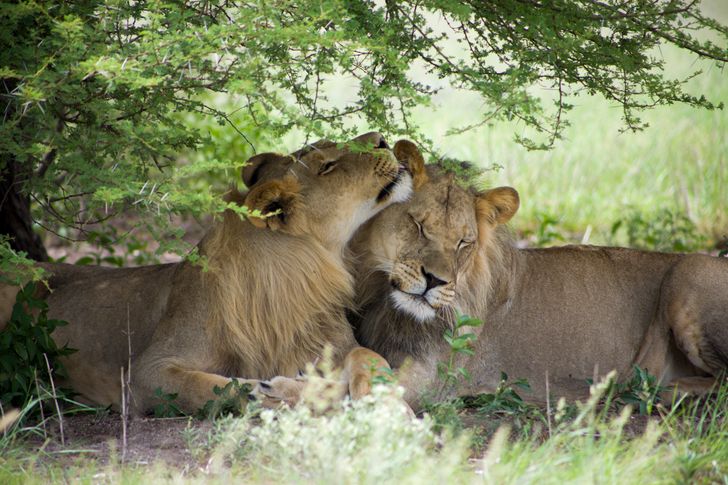 The growth of the mane on lions is directly linked to their level of testosterone, this is why female lions and sterilized males don’t have a mane. However, there are some exceptions: several years ago, in one of the national parks of Botswana, 5 female lions were found that had very obvious manes. They were not as big as those that male lions have, but still.

The longest word in the English language consists of 189,819 letters: it’s the chemical name of titin, the largest known protein. It would take you about 3 hours to pronounce the full word! However, some linguists believe that titin’s full name can’t really be considered an English word and the debate prevails.

According to a study published by Science, the appearance of soft food in our diets impacted how we speak. The addition of plant foods changed our teeth and our jaws so that it is easier for us to pronounce the sounds “f” or “v.”

The Lego company has a secret warehouse where they keep copies of every single set of Legos they have ever produced.

Platypuses, which are pretty weird already, have babies that hatch from eggs, drink their mothers’ milk, and who don’t have stomachs. More than that, studies show that throughout evolution, they have lost most of the genes that are responsible for this organ.

Czech and German scientists conducted a study where they watched the behavior of 70 dogs of different breeds, sizes, and ages. It turned out that these animals urinate and defecate so that the body is in line with the north-south axis. This only works when the magnetic field of the planet is normal. When there are changes in it, dogs react to them.

Cats can purr in different ways depending on what they need. Studies showed that they add some sounds that are similar to kittens meowing or babies crying when they are hungry.

Nobody really knows how to spell the name of William Shakespeare correctly. More than that, even the writer himself didn’t know. The works that talk about the life and work of this writer have 80 different variants for the spelling of his name, for example, Shappere and Shaxberd. You can even find lines that say Willm Shakspere and William Shakspeare.

When actors are acting, they don’t just wear the costume of the character but they also change their behavior and almost become new people. Brain scans show that the activity in the brain of an actor, when answering the same questions, can be different depending on whether they are themselves at that moment or whether they are portraying characters. This means that they almost literally become their characters.

When we watch horror films, our level of the protein responsible for blood coagulation increases.

When we snap our fingers, we hear the sound made by the middle finger hitting our palm.

There is a religion called Dudeism, based on the life views of the main character of the Ethan and Joel Coen brothers’ movie The Big Lebowski. Its supporters (there are around 450,000 people around the world) believe that they should always go with the flow and not worry when something bad happens. They try to find joy in the simplest things, like bowling.

Sunglasses were worn in China back in the 12th century. The lenses were made of quartz and a big frame held them onto the face. They not only protected the eyes a little bit from sunlight, but they also helped to hide the wearer’s emotions, which is why judges wore them during witness interrogations.

The blocks used to build the Great Wall of China are held together by a special cement made with sticky rice. More than that, the same mixture was used in other big constructions of the Ming Dynasty when one of the strongest parts of the wall was built.

The children born to twins are cousins on paper. But when you are talking about DNA, they are technically siblings because their DNA is roughly 25% identical, whereas, cousins’ DNA is usually about 12.5% identical.

In March 2019, 20-year-old Arifa Sultana from Bangladesh gave birth to a boy prematurely. One month later, she was taken to the same hospital with a stomachache and it turned out that she was still pregnant. The doctors decided to do a C-section, and as a result, she had twins. It turned out that Arifa Sultana had a very rare anomaly — a second uterus. Usually, this anomaly leads to problems with conception, but obviously not in Arifa’s situation.

Over the course of our life, our heart beats about 2.5 billion times, pumping about 2,000 gallons of blood per day.

Have you tried to get to the “Philosophy” page on Wikipedia? We started with the page “Cat” and 15 clicks led us to our goal.