Christmas parties can be unpredictable. You can plan activities, and buy food, drinks, and presents for your colleagues. But then something questionable happens during the party and the only thing you can do is take copious notes, so that you can tell your friends and family later.

At Shayari Quotes, we found many stories about Christmas parties. And we would like to share them with you in hopes that they will help you and your colleagues be able to avoid disastrous situations and enjoy the celebrations during your work Christmas parties in the future.

We always have a game where the winner gets $500. A couple of years ago, the game was a math-related game where you had to use 10 seconds to answer and it went around in a circle. So it was down to me and 2 other people out of about 20. I answered correctly and right after I answered my boss makes the buzzer sound and says, “Too late!” literally 2 seconds after I answered. I was pretty drunk and it was for $500 so I got pissed. I proceeded to flip out on my boss in front of his entire family and all of the employees. I stormed out swearing and yelling. Most of us are cool now but his wife and his brother clearly still hate my guts. It’s one of those moments you never stop cringing about when you think about it. © Dextrofunk / reddit

I introduced my 6-year-old daughter to my boss at a Christmas party, she looked at me and asked, “So he’s the bastard?” © realkevinstone / twitter

At the beginning of December, approximately 2 weeks before the Christmas tree installation at work, our management prepared the base for it by collecting snow with the help of bulldozers. During these 2 weeks, I was like a child, fantasizing about what a huge tree it would be. This is the result. © ShiroglazyiAziat / pikabu 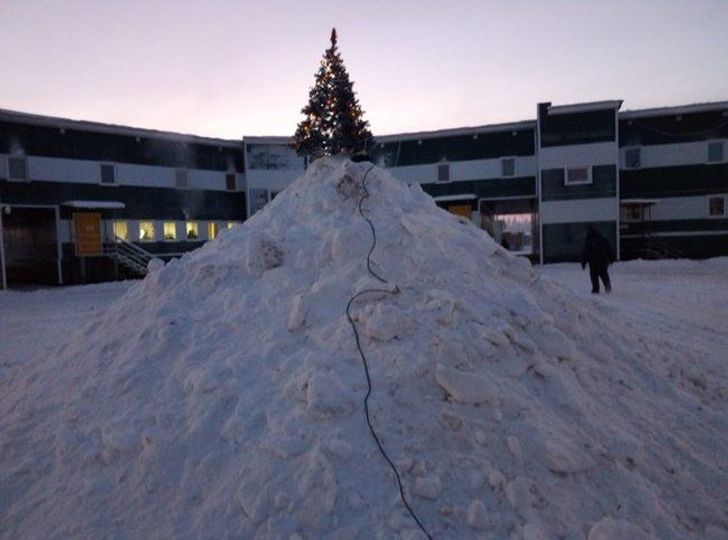 I’ve seen many things in my life regarding entertainment, parties, clubs, etc. But I was really impressed when, at our office Christmas party, a 60-year-old lady joined the dance battle with 2 young guys, did breakdancing on the floor, and eventually did the splits. © Palata #6 / VK

My dad’s employer booked an empty warehouse as a Christmas party venue. So picture about 500 people packed like sardines into a dimly lit, way too small room, unable sit, with all of their winter gear on, desperately trying to move around to stay warm but also trying not to bump into each other because you had less than a foot of room between you and the next person. There was food, but I refused to eat it. I didn’t trust them to not mess that up too. So after spending 3 hours in the 9th Circle of Hell, I left absolutely starving on top of everything else. © unknown author / reddit

I showed up in my tackiest holiday sweater. No one told me the dress code was formal attire.© omgitsallieb / twitter 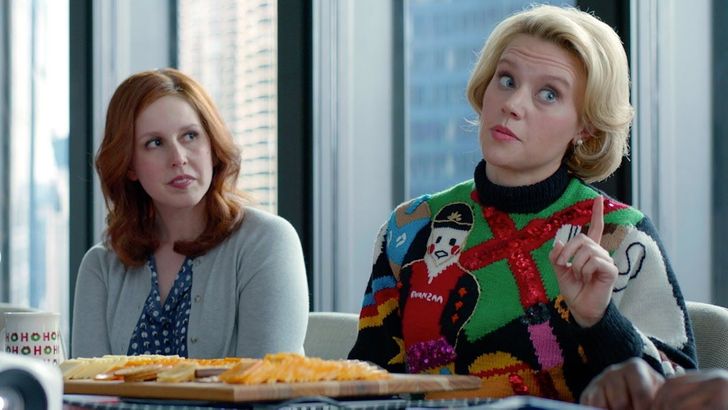 My husband had to go to a Christmas party at work, so I jokingly wrote on his chest with a marker, “This is my husband, if you touch him, you’ll pay for it.” He came home in the morning, loaded. I undressed him and while putting him to bed saw the reply on his back, also written in marker, “Alex was dancing on the table! Alone!” © Palata #6 / VK

Once our big IT company arranged a Christmas party and invited a famous emcee. He was so impressed by our industry that he cracked jokes about programmers the whole time. All 4 our programmers were sulking at their table the entire night. © Ghaeskaerr / pikabu

Kids were invited to my dad’s office Christmas party. They had a Santa. Suddenly our co-worker came in and said, “Why is Phil dressed up as Santa?” © ChazMyMan17 / twitter 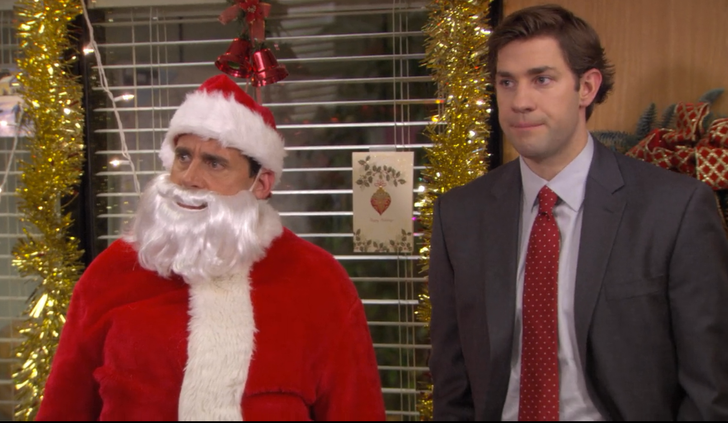 Once, at a Christmas potluck, we caught a guy stuffing meat and cheese into his pockets. We nicknamed him “The Sausage Bandit.” © CaptainKy42 / twitter

I went to my boyfriend’s company Christmas party that was being held in the event hall of a nice hotel. We got there a bit late and tried to sneak in the back door since everyone else was sitting at their tables listening to the CEO give a speech. I immediately proceeded to trip over one of those signs that was propped up on an easel and knocked it over. Everyone turned around to look. Super-smooth.© Jenk911 / reddit

I took a blind date to my office Christmas party and went around introducing him as Bill — his name was Bob. © schmeckpepper1 / twitter 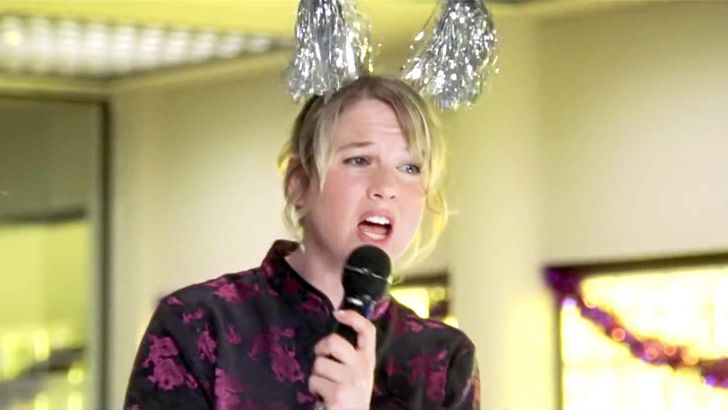 We had a Christmas party… in June. © adam_henner / twitter

My parents’ boss asked all the employees to write a letter to Santa Claus. A month later at the Christmas party, he, dressed as Santa Claus, read all these letters aloud and fulfilled the wishes. In his own way. My father asked for health, so the boss came up to him, clapped him on the shoulder, and said, “Be healthy!” A girl from the accounting department had written that she wanted to enjoy sea and sand on Christmas. Santa Claus handed her an 8×10 picture of a beach. The funniest moment of the party was the letter from a guy who worked in the warehouse. He asked for a lot of money. The boss gave him an envelope with a lottery ticket inside. © Subman1981 / pikabu

My granny got excited at our work Christmas party and danced herself into the tree! She went down and took the tree with her. © R_D_Copeland / twitter 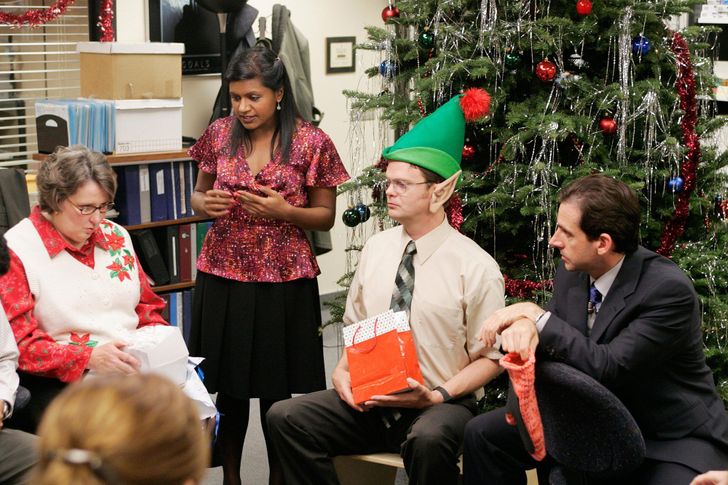 Our bookshop staff’s annual holiday party took place in mid-January because we were open 7 nights a week and the owners wouldn’t close for any reason during the months before Christmas, or during the equally busy post-Christmas weeks. Everyone on staff was always exhausted by then, fighting off colds, and tired of Christmas delicacies, so of course the parties consisted of a tired-looking turkey buffet in a rented hotel meeting room, decorated with leftover bedraggled tinsel. There were never any pay bonuses or gifts involved, so expectations were already low, but the ultimate insult was the year they held a trivia contest where the prizes were all damaged giftware items that the shop couldn’t sell or return. We referred to it afterward as the Land of Broken Toys party. © ginger_momra / reddit

I had the flu for one Christmas party so, obviously, I couldn’t attend. The next year the GM didn’t invite me because “I didn’t make an effort to attend last year.” I told a few of my friends, “I guess I’m not going, no biggie, I’m not going where I’m not wanted.” Being a small office, word got around, and other co-workers said they wouldn’t go if everyone wasn’t invited. Eventually, it turned into the whole office not going to the Christmas party, and then the GM blamed me for ruining Christmas.