CBS News was criticized this week for whitewashing the effects of President-elect Joe Biden’s proposal to hike the federal minimum wage.

What is the background?

Biden released his proposal for new coronavirus-related economic relief on Thursday, which boasts a price tag of $1.9 trillion. Included in the bill, in addition to stimulus checks and more federal unemployment benefits, is a proposal to hike the federal minimum wage to at least $15 per hour.

The news outlet titled its story on Biden’s bill, “Biden minimum wage proposal could lift more than 1 million workers out of poverty.”

But what’s the truth? 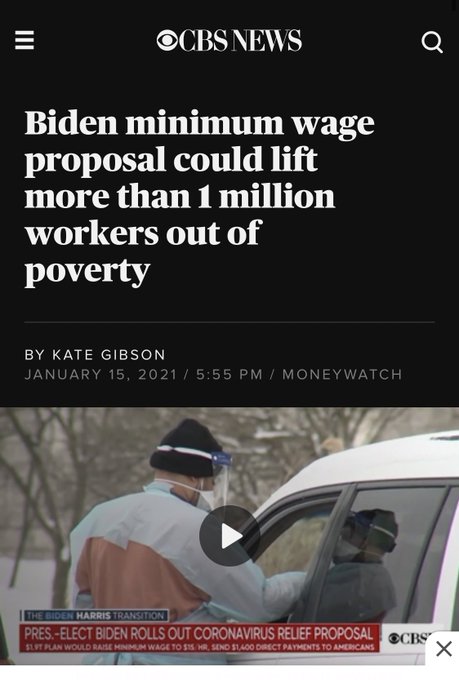 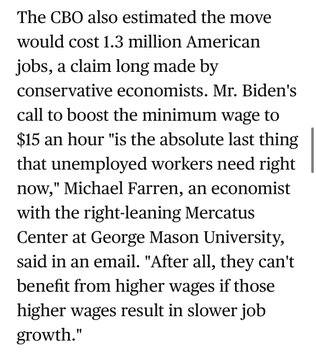 As the old adage goes, CBS News “buried the lede.”

CBS News admitted as much in its story, albeit in the ninth paragraph:

The CBO also estimated the move would cost 1.3 million American jobs, a claim long made by conservative economists. Mr. Biden’s call to boost the minimum wage to $15 an hour “is the absolute last thing that unemployed workers need right now,” Michael Farren, an economist with the right-leaning Mercatus Center at George Mason University, said in an email. “After all, they can’t benefit from higher wages if those higher wages result in slower job growth.”

In fact, the CBO report from 2019 found that 1.3 million jobs is only the median estimate of job losses, explaining there is a significant chance that a $15 per hour minimum wage would result in even more job losses.

The report explained, “In an average week in 2025, the $15 option would boost the wages of 17 million workers who would otherwise earn less than $15 per hour. Another 10 million workers otherwise earning slightly more than $15 per hour might see their wages rise as well. But 1.3 million other workers would become jobless, according to CBO’s median estimate. There is a two-thirds chance that the change in employment would be between about zero and a decrease of 3.7 million workers. The number of people with annual income below the poverty threshold in 2025 would fall by 1.3 million.”

Ultimately, not only would a higher minimum wage cost jobs, but the costs associated with raising wages would be passed onto consumers, CBS News noted.