The people from this article learned that something truly valuable can be found in unexpected places like a secondhand store or a flea market. You don’t have to have any special knowledge or skills — sometimes you just have to be a little lucky.

Bright Side is about to show you some photos taken by lucky people who managed to buy some cool and very expensive stuff when they least expected to.

“In high school, I found this vintage apple necklace that I loved at an antique store, but I left it at an ex-boyfriend’s house and never got it back. Yesterday I walked into an antique store and SAW THE SAME NECKLACE! 10 years later and 700 miles away, the treasure hunt always pays off!” 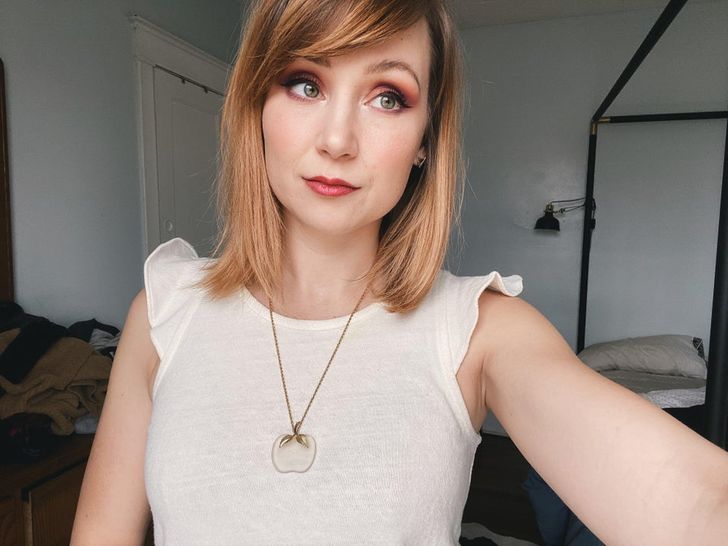 “I found a nice hardcover edition of a book I’ve been wanting to read at Value Village, and I was happy to pay the $5 for it. Then I found this when I flipped through it at home.” 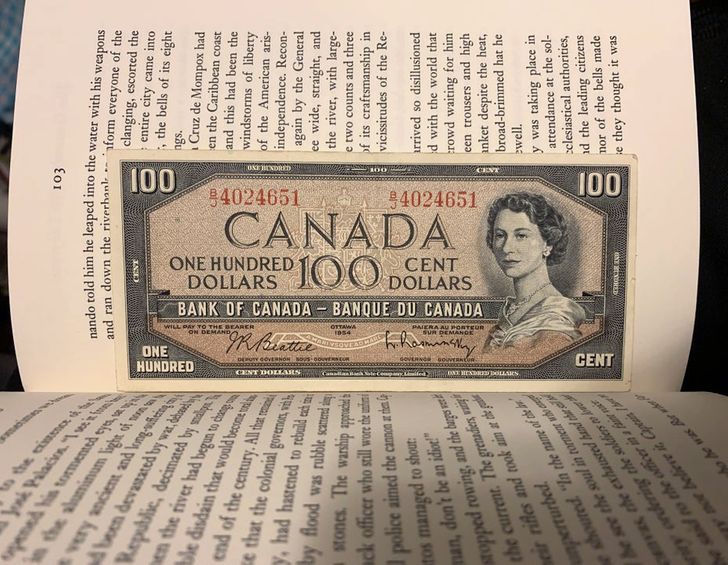 “I always make sure to look through the entire costume jewelry section before leaving and today I found this diamond sapphire engagement ring in a rummage bowl for $2. Took it to a jeweler straight after and they confirmed it was real.” 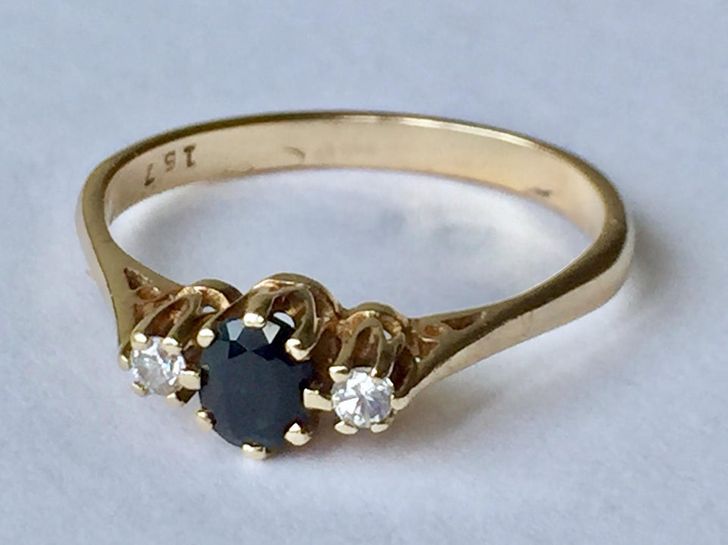 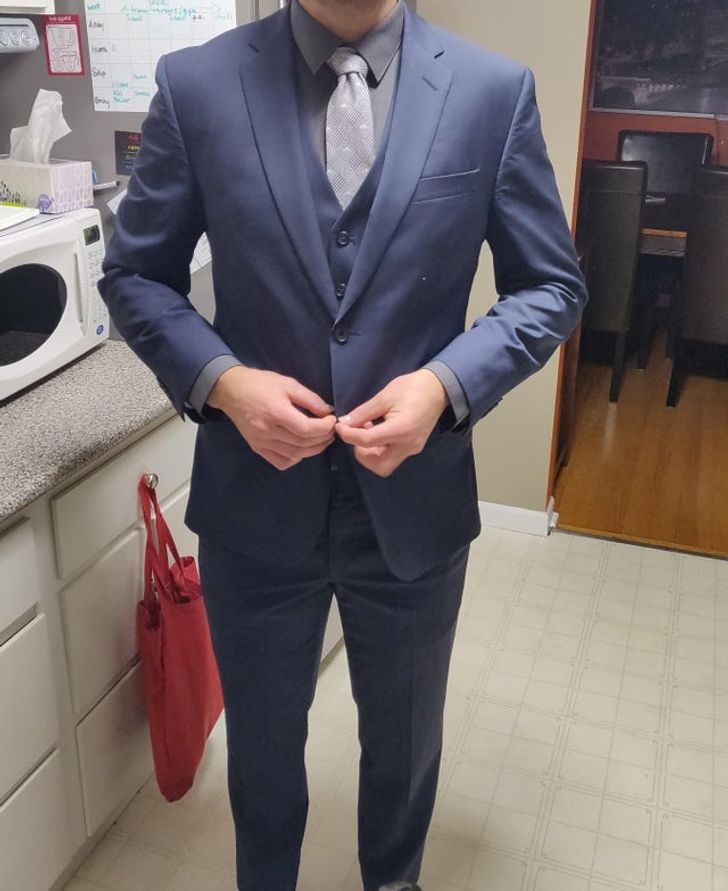 “Needed an emergency dress for an event yesterday and found one for $9 at my favorite charity shop!” 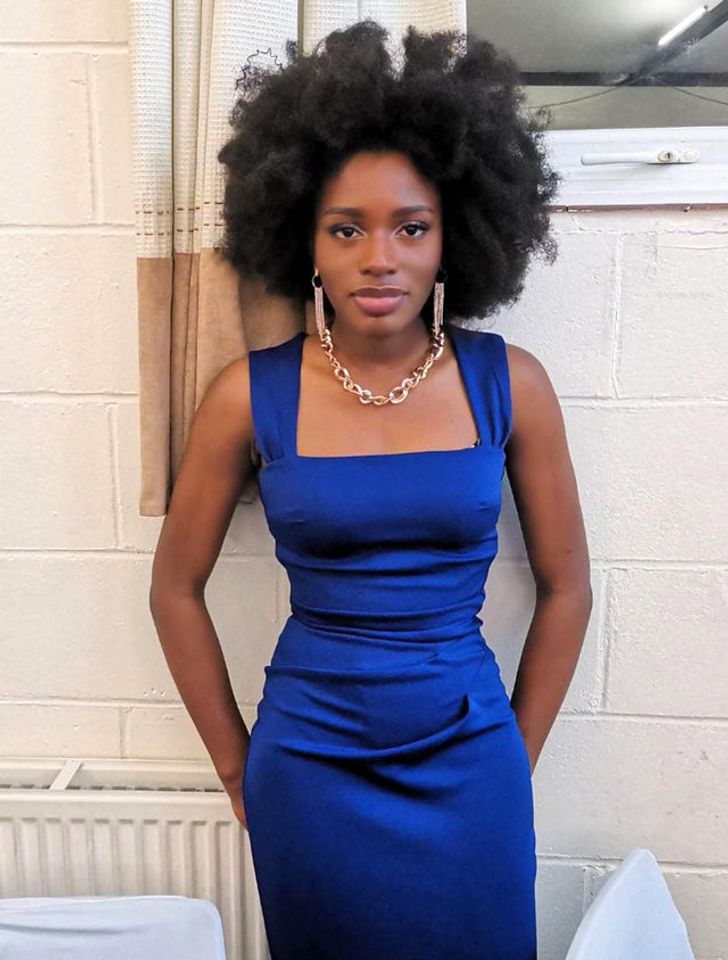 “Found a camera in a thrift store that belonged to a soldier in WW1. It has undeveloped Verichrome film in the back.” 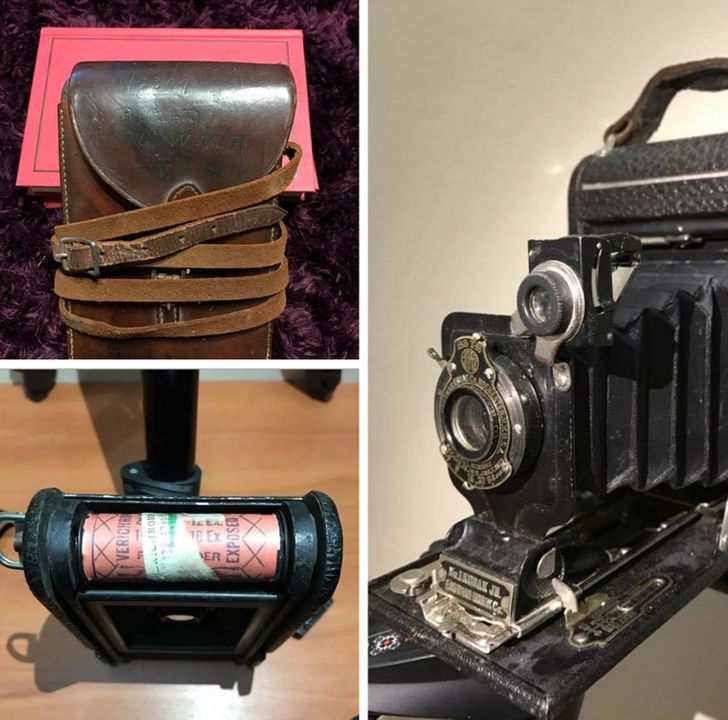 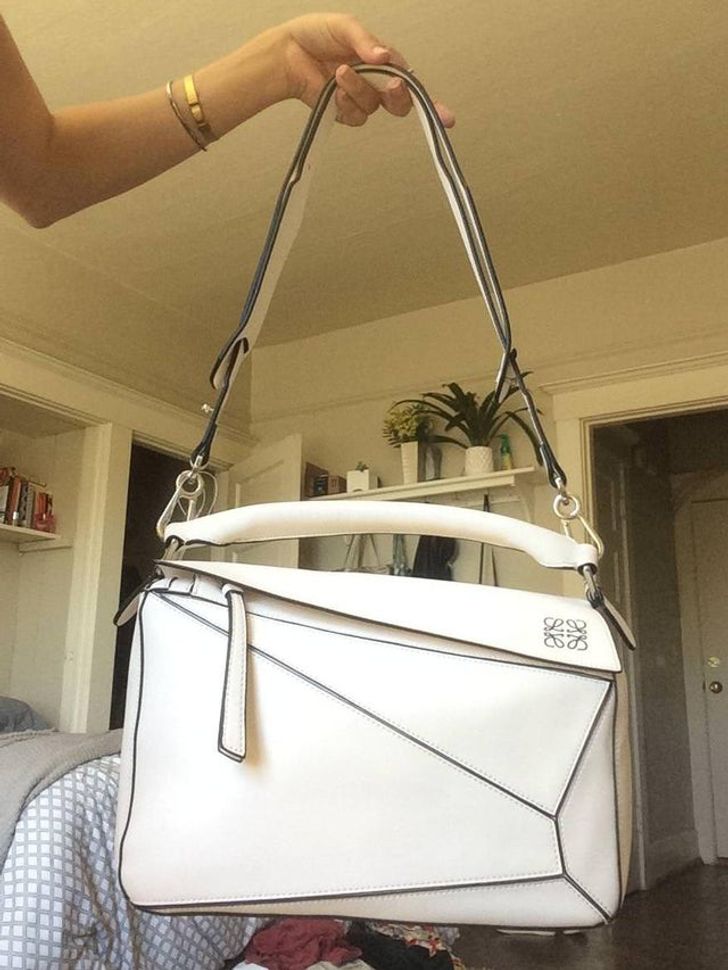 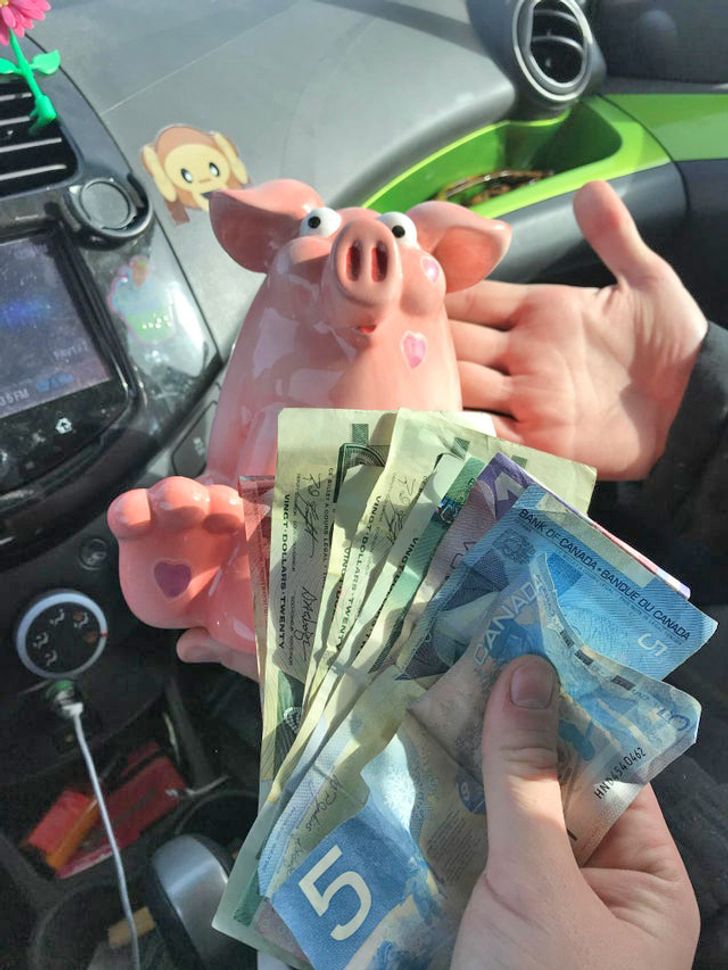 “Found my wedding dress today. I believe it’s from the 1950s and I only paid $64 for it and I’m in love. Going to add my own twist to the top and redo the corset but the bottom is staying just how it is.” 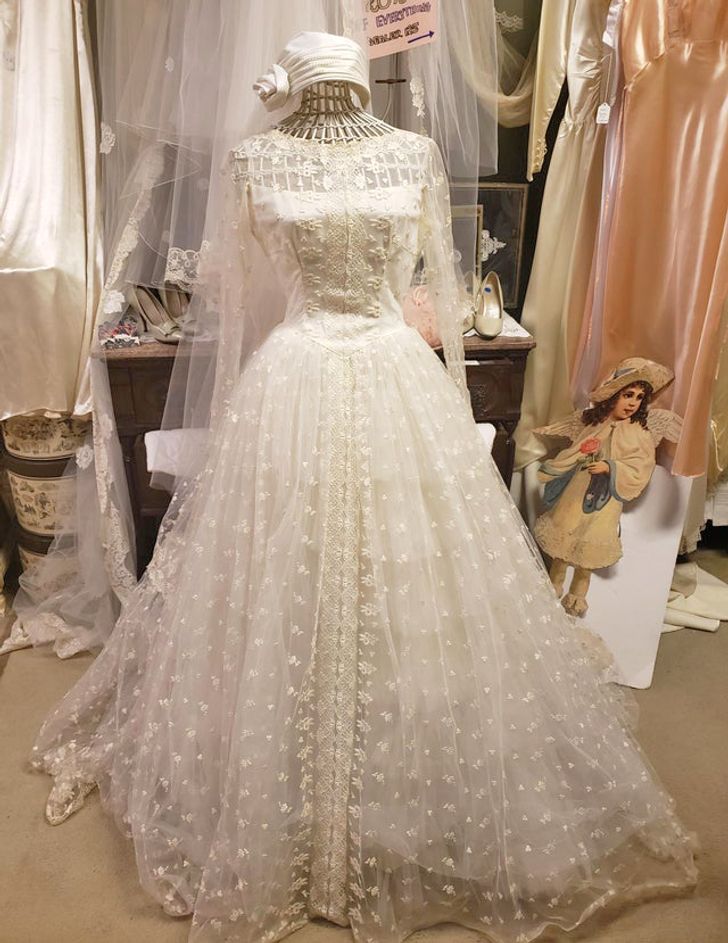 “This is the best $1.99 I will ever spend in my lifetime. The book has a photo of Stephen King and his autograph in it!” 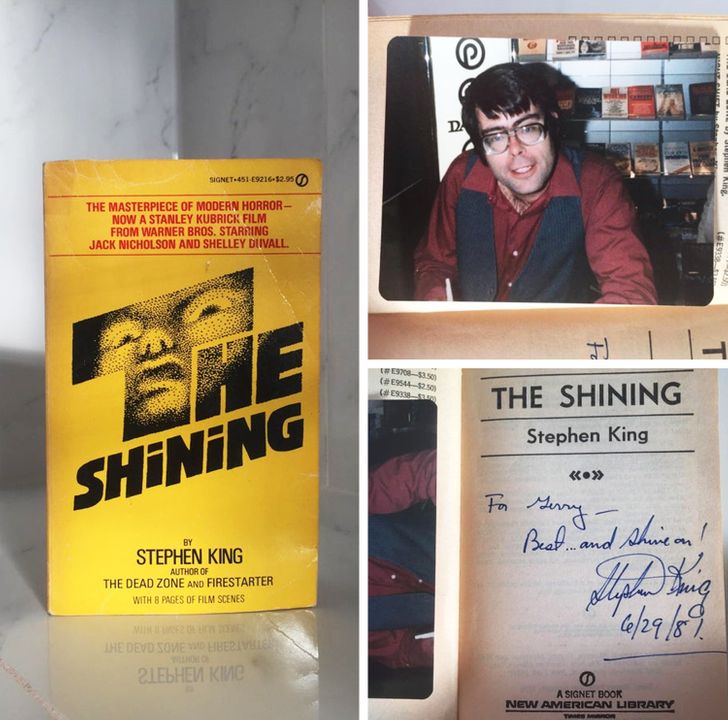 “This is a thrifted vintage gown that resembles the lamé dress Marilyn Monroe wore. I did not nail the pose, I know…” 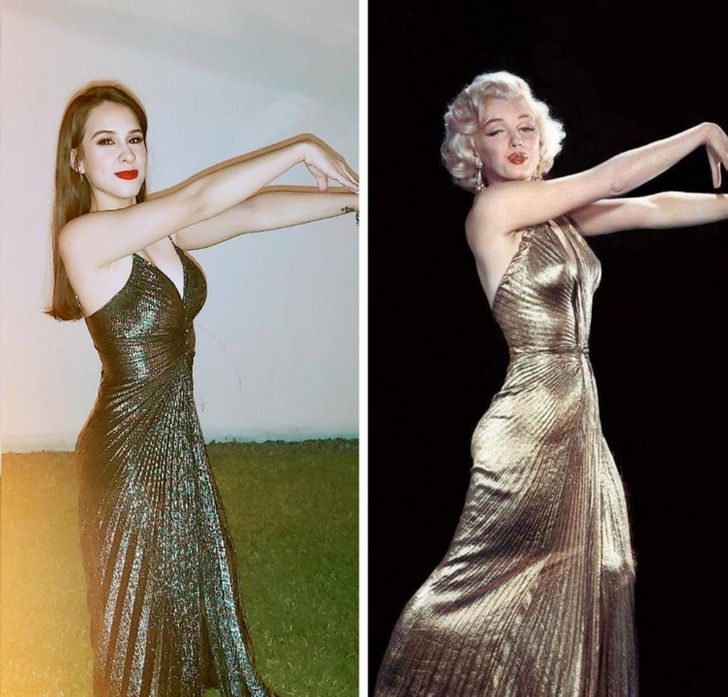 “Went to a house clearance sale and found this pin marked as ’costume jewelry’ for $5. Took it to a jeweler and they confirmed it’s unmarked gold with diamonds and sapphires.” 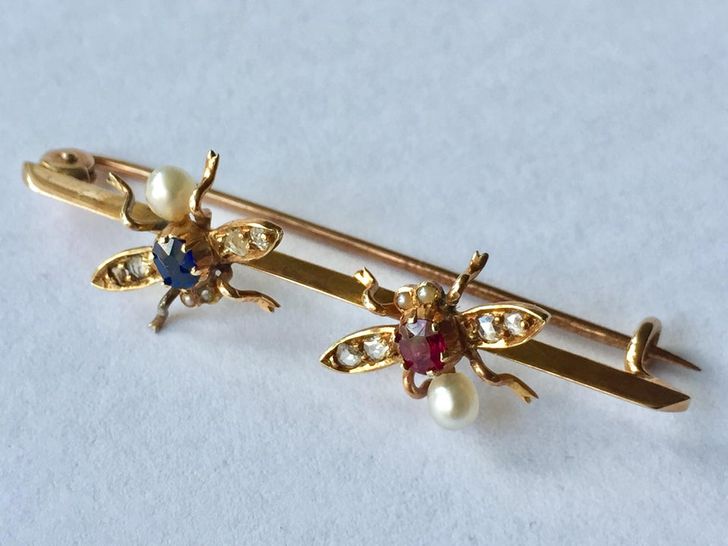 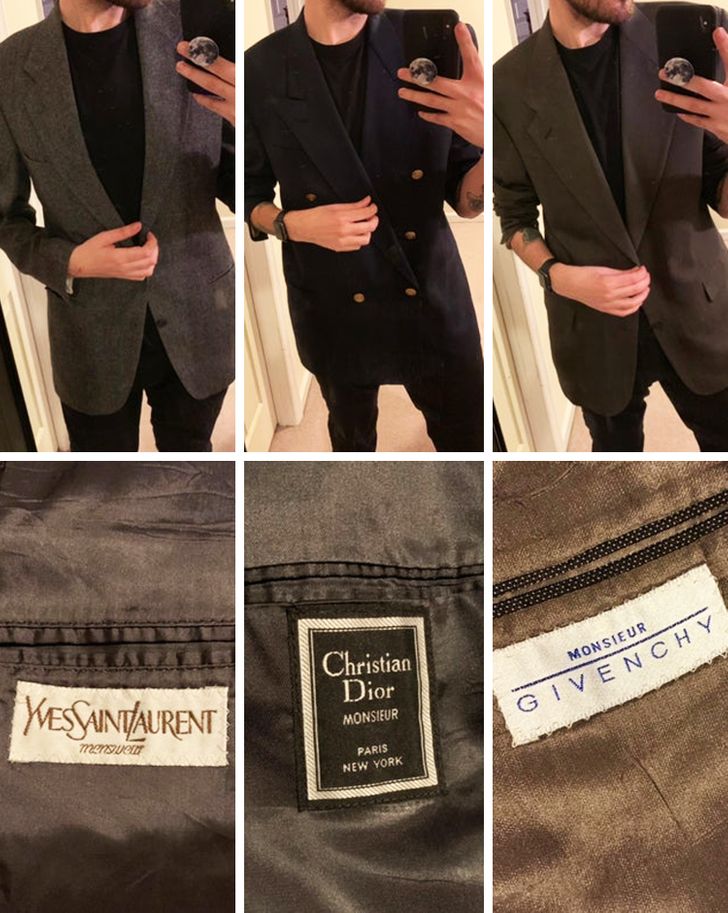 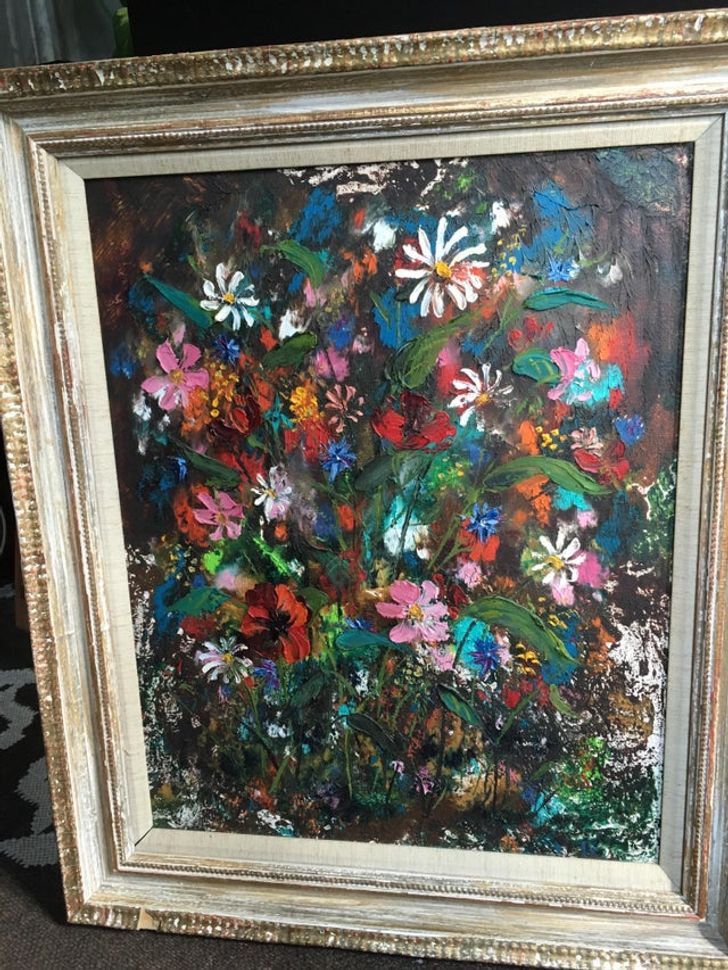 “I found a $5 vintage, heavily-beaded, seashell purse with a handmade tag inside. It’s so pretty!” 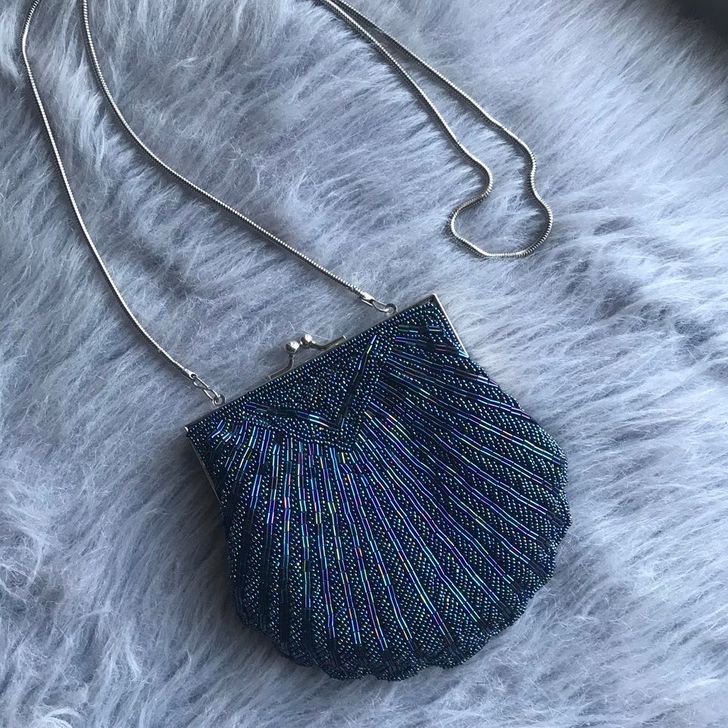 “Cute vintage strawberry salt and pepper shakers, new and in a box” 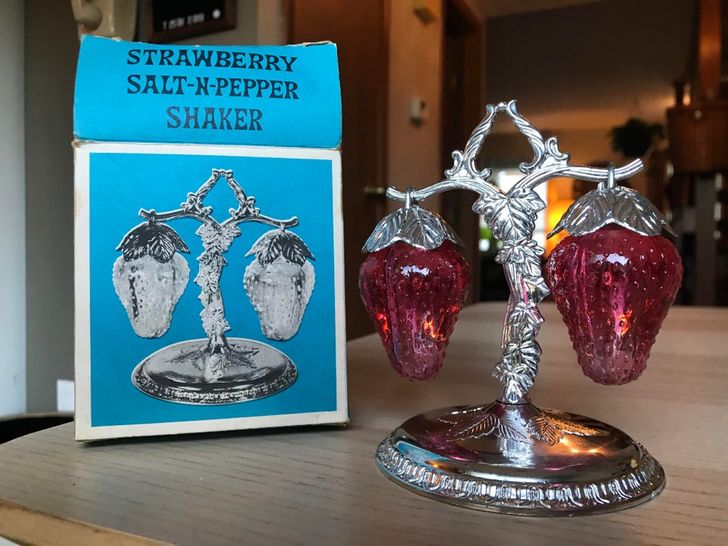 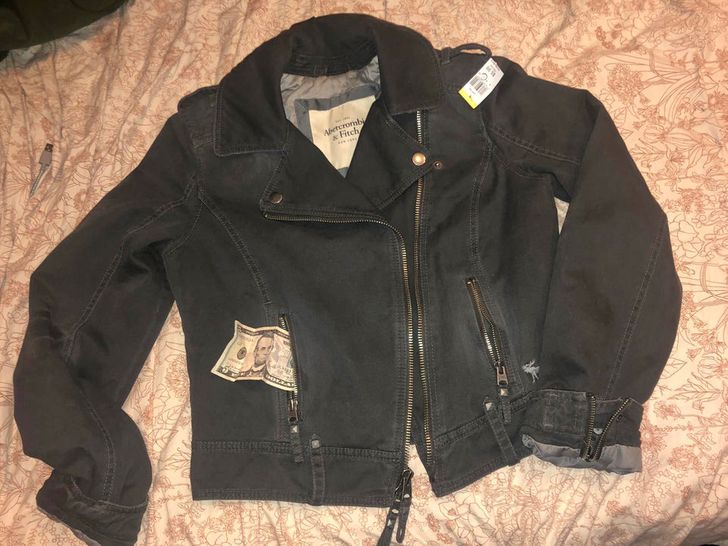 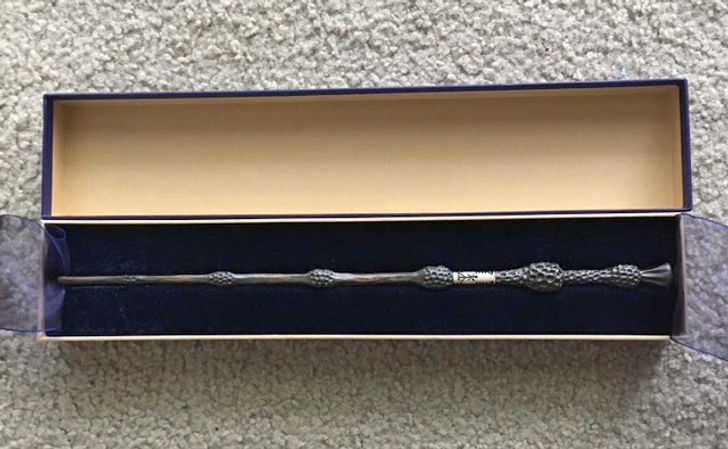 “I only started learning embroidery a few days ago and found 700 skeins of string for $5 at a thrift store. They retail for about $.50 each.” 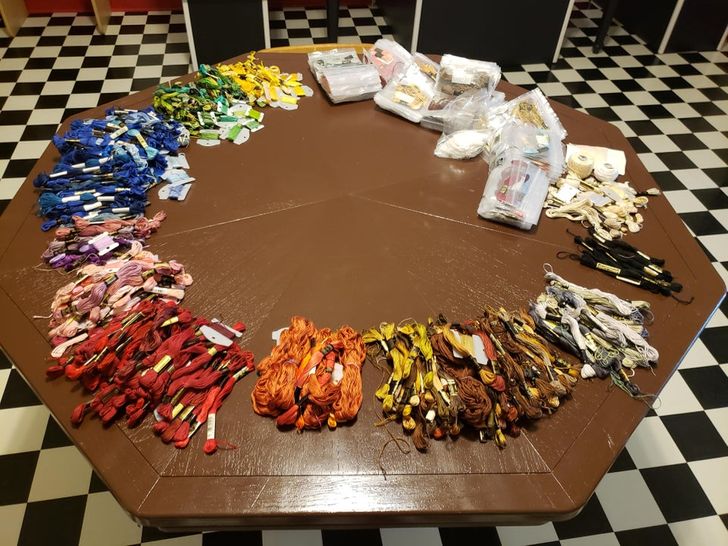 “This was probably my favorite purchase ever! A $3 vintage wedding dress!” 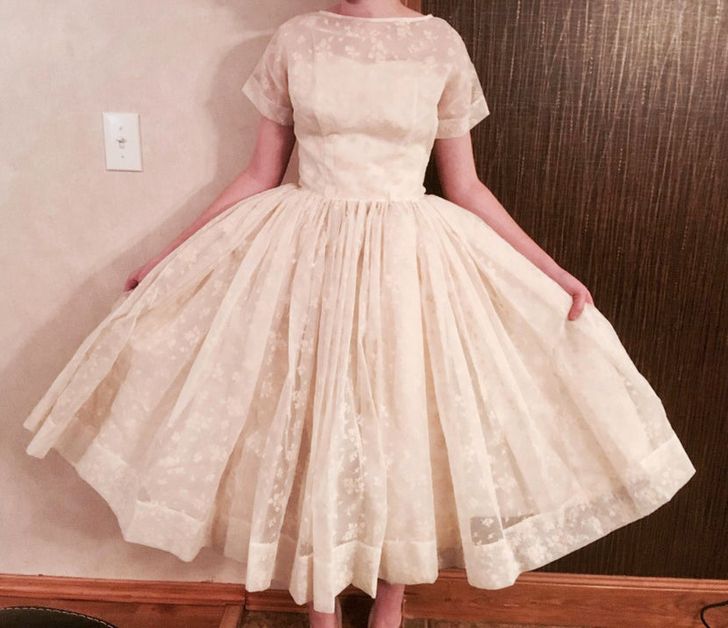 “I was told this was a green amethyst and haggled it down to $42. Took it to a jeweler to have it appraised — it’s a rare green diamond over 100 years old, conservatively worth more than $8,000!” 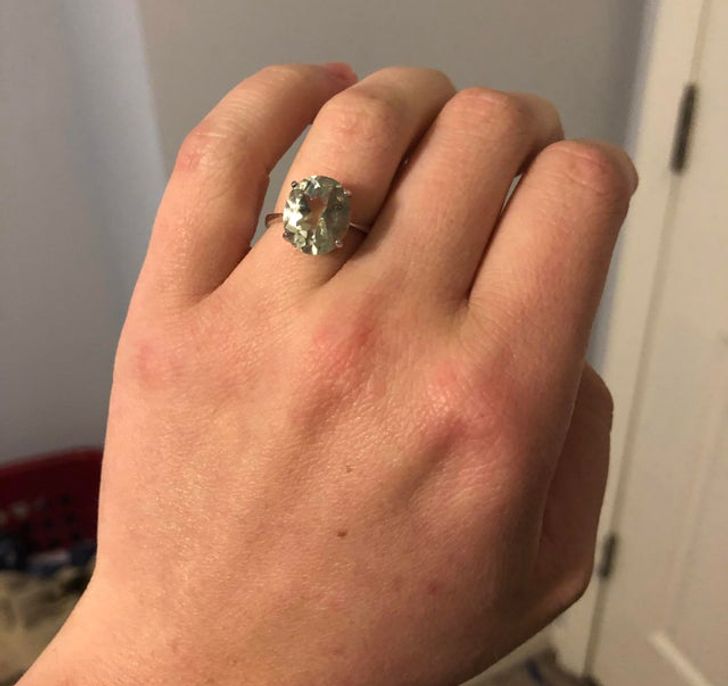 We’re sure that our readers have interesting stories too. Which of your purchases do you think was a really great find? Tell us!