His own heart may not be beating anymore, but the heart of the man he saved is working without any problem. Polish Zbigniew Religa, a famous heart surgeon and his patient, Tadeusz Zitkevits, have a very unique link. The watchful eye of a doctor, next to his patient even after 23 hours of surgery, thrilled those who saw it. The photo above is so iconic that National Geographic included it into a list of the 100 best photographs published in the magazine’s history. Today the doctor is no longer alive, but his patient care reminds us of the following adage that says “If one is the benefited, never forget. If one is the benefactor, never remember.”

It was not just a difficult surgery, it was an impossible one. However the Polish surgeon Zbigniew Religa decided to take over. The scientist had, earlier in 1985, performed the first open heart transplant surgery in Poland, as Head of the Cardiovascular Surgery Clinic in Zabrze. He wanted to personally heal 61 year old Tadeusz Zitkevits, while none of the other doctors had agreed to the surgery because of the patient’s advanced age. It was in August 1987 that the graft was found suitable. Without wasting time, Religa informed the patient and the surgery was scheduled immediately. Religa was spotted by the American photographer James Lee Stanfilnt at the end of that day. James was there on behalf of National Geographic, seeking a photo illustrating the decline in the country’s health sector after the end of Soviet intervention. After 23 hours in the operating room, due to staff shortages and unstable conditions, the sleepless Religa stood guard beside his patient, anxiously watching the progress of his health on the monitors. 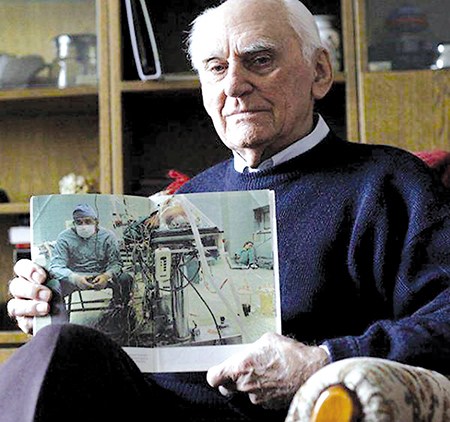 James’ lens focused not only on the restless gaze of the dedicated physician and the patient, who struggled to stay alive with the help of outdated machines, his frame also included a tired assistant surgeon, who could not stand by the end of the day and had fallen asleep in a corner of the operation theater. When discussing the iconic photo and its place in National Geographic’s 100 best featured photos, James had the following to say, “In this era you need more than just a nice picture. You need information.” Each element of the photograph adds dimension and drama to the photo and helps narrate a story.”

And the story in this case had a happy ending, because the next day the patient recovered and felt healthier than ever. Religa’s sigh of relief was the loudest, he had completed his second heart transplant successfully. Nobody thought then that ironically it would be his heart and lungs that would betray Religa. The Polish surgeon excelled in the field of transplantation the 1990’s, and in 2004 was awarded for the development of an implantable pump to support cardiac function. Turn to the next page to discover what happened to Religa. 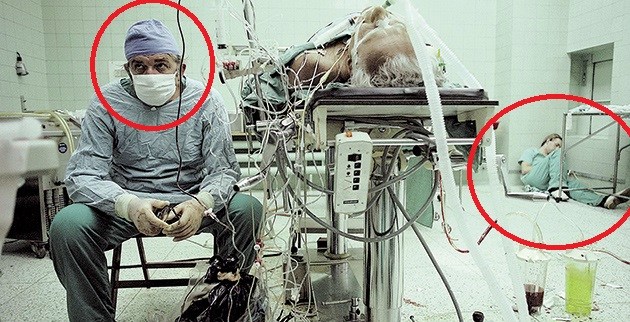 Nobody would have guessed then that the famous surgeon would die of lung cancer. A chain smoker, he ironically served as Minister of Health for a while as well. Alongside the scientific activity, he chased a career in politics as well. Indeed, in 2005, he ran in the presidential elections. Although he lost, he remained at the forefront, serving as Health Minister of Poland from 2005 until 2007. However in 2009, he was detected with lung cancer. Although, as a doctor, he knew of the dangers of smoking, he truly was addicted.

When the disease was detected, it was already at a very advanced stage. His funeral was held at the cemetery for non Catholics as Religa had declared himself an atheist. Attending the ceremony was both the photographer and his patient, Tadeusz Zitkevits, who held as an amulet, the photo taken by Lee of him in surgery with the doctor by his side. This story of human kindness will go down in history.