Unless you are a pyromaniac, lighting a single matchstick seems extremely mundane! But how about lighting up them in a bundle!

As a kid, I had often tried to light 2-3 matchstick together. At first, I failed in doing soon, but soon it was another kind of fun.

Then, life happened and I forgot about it until I saw this video which is oddly satisfying. So this person, clubs, not 100 or 200 matchsticks but 6000 of them! Can you believe it? 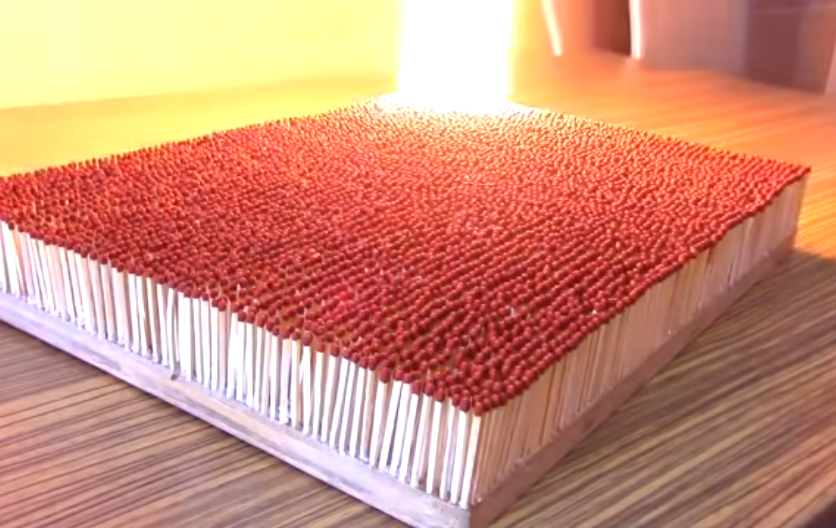 He bundles up 6000 matchsticks and arranges them in a square setup and put one of them on fire. It is one of the weird chain reactions which is really awesome to see

Go ahead to check out the awesome video ahead! And DO NOT TRY THIS AT HOME. One should never indulge in such activities without proper precaution 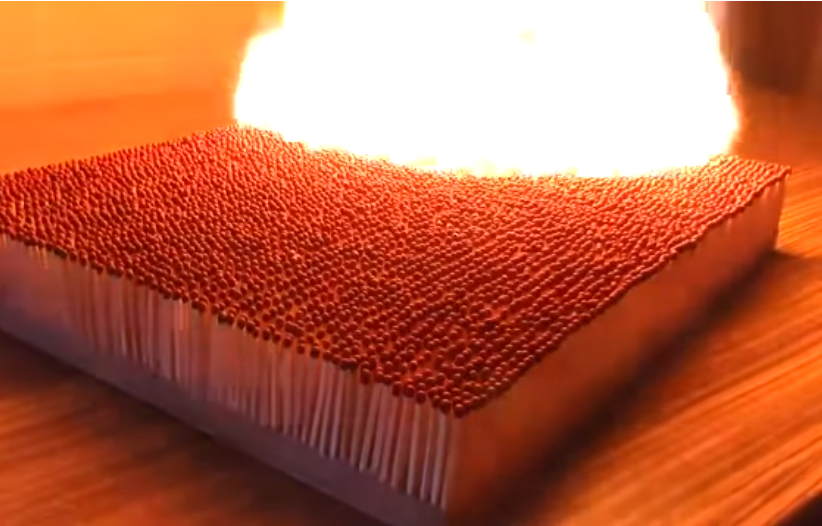 And this is what happened when he flames up the single matchstick. The entire setup catches fire within seconds. The fire from the stack of 6,000 matches took nearly 15 minutes to die down.

Though lighting up a single matchstick is mundane, but lighting up 6000 of them at once is mesmerising. Here’s the video