Remember those fake babies that high schoolers used to have to take care of for a weekend? Yeah, that’s still a thing — and still ruining teenagers’ lives to the amusement of moms everywhere.

Lawren Galloway is a Georgia mom of four. Her eldest, Olivia, was 14 years old and a freshman in high school at the time of this incident. Olivia had to take care of William, an interactive robotic baby, for her early childhood education class.

By the end of the weekend, she looked about as fed up as an actual 14-year-old mom would be.

“She’s had him since Friday night. She is absolutely exhausted and ready to quit the class and give William back,” Lawren wrote in a now-viral Facebook post, adding, “Maybe even throw him back.”

Lawren says Olivia was up all hours of the night and crying real, snotty tears. She asked her mom for help, but hilariously enough, Lawren has an actual newborn at home and definitely didn’t have time for the robotic baby. Olivia was on her own. 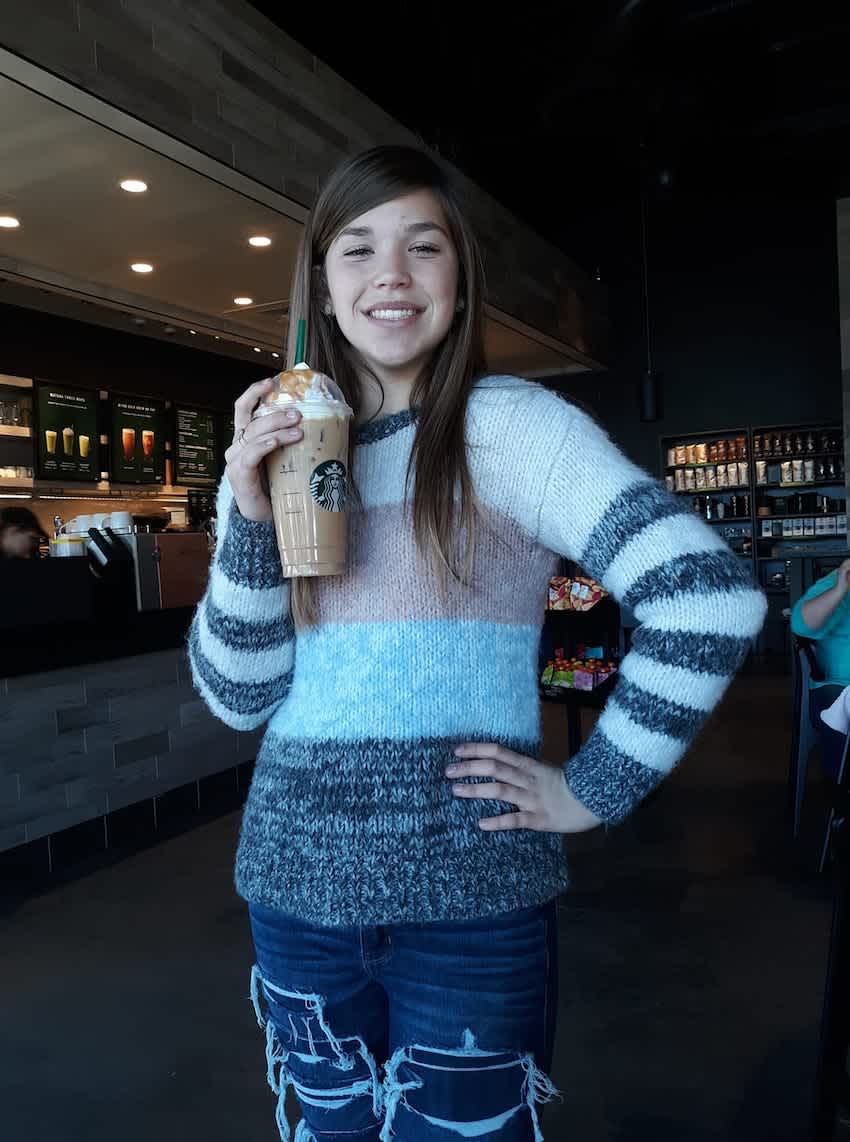 This is Olivia. At 14 years old, she’s the oldest of her mom Lawren’s four kids. 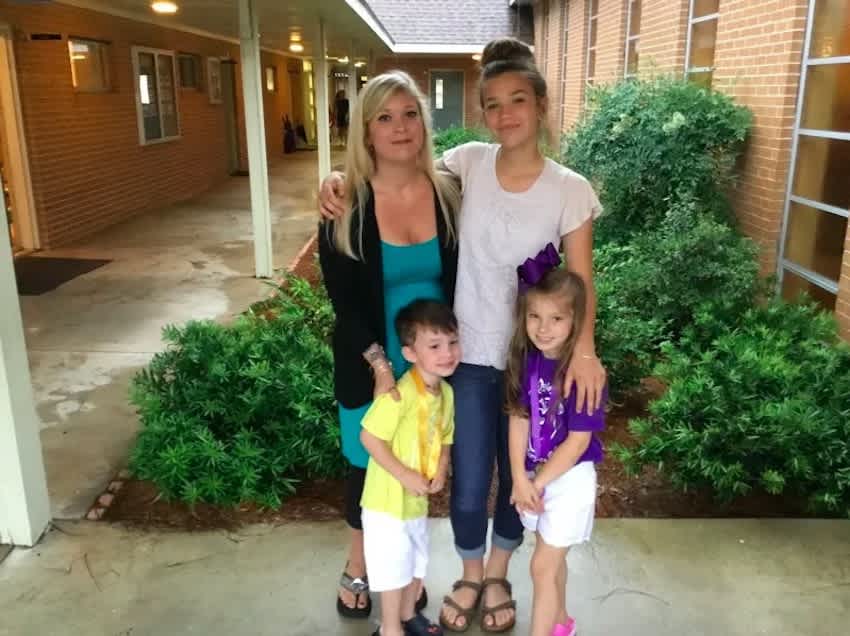 Olivia is a freshman in high school in Richmond Hill, Georgia. She recently decided to take an early childhood education class, and this was one of her assignments: Baby William. 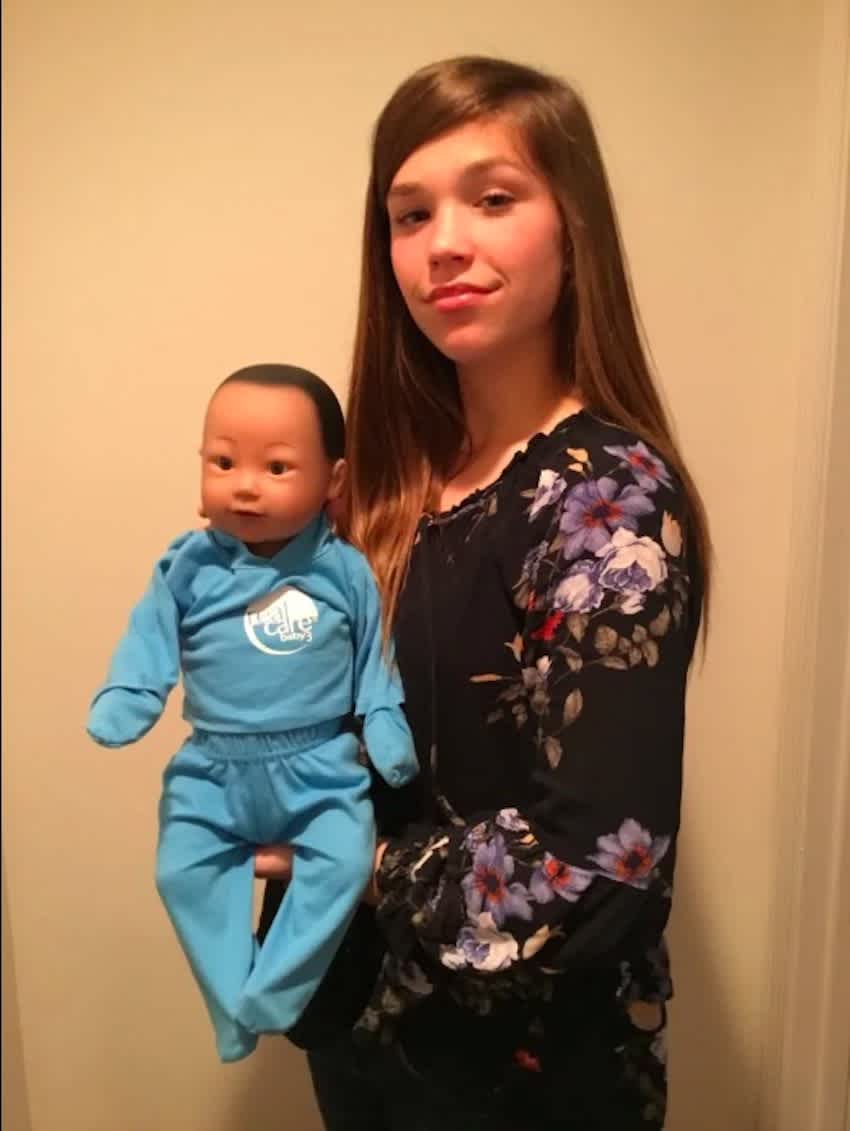 Olivia had to take care of William for an entire weekend.

Olivia’s youngest sibling, Violet, is just 1 month old, so that made two babies in the household — one robot, one human. 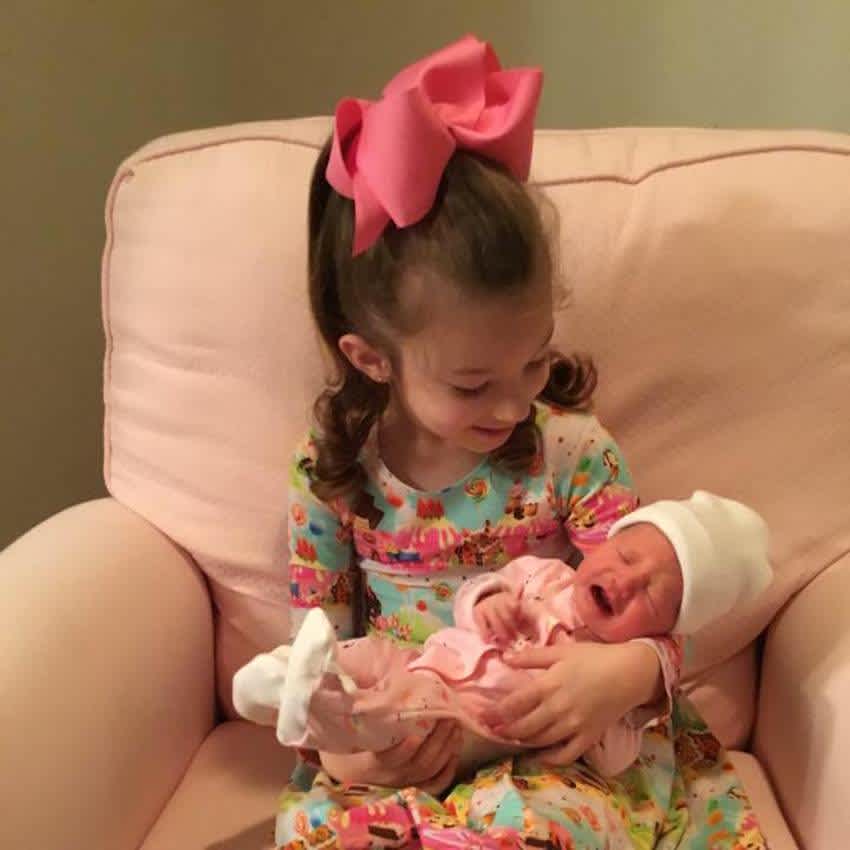 William came home with Olivia on Friday. The assignment began that night at 8 p.m. and lasted until Monday at 5 a.m.

“Olivia was scheduled to take an engineering class, but thought that sounded hard, so she had her schedule changed… [joke’s] on her, right?” Lawren told BuzzFeed. 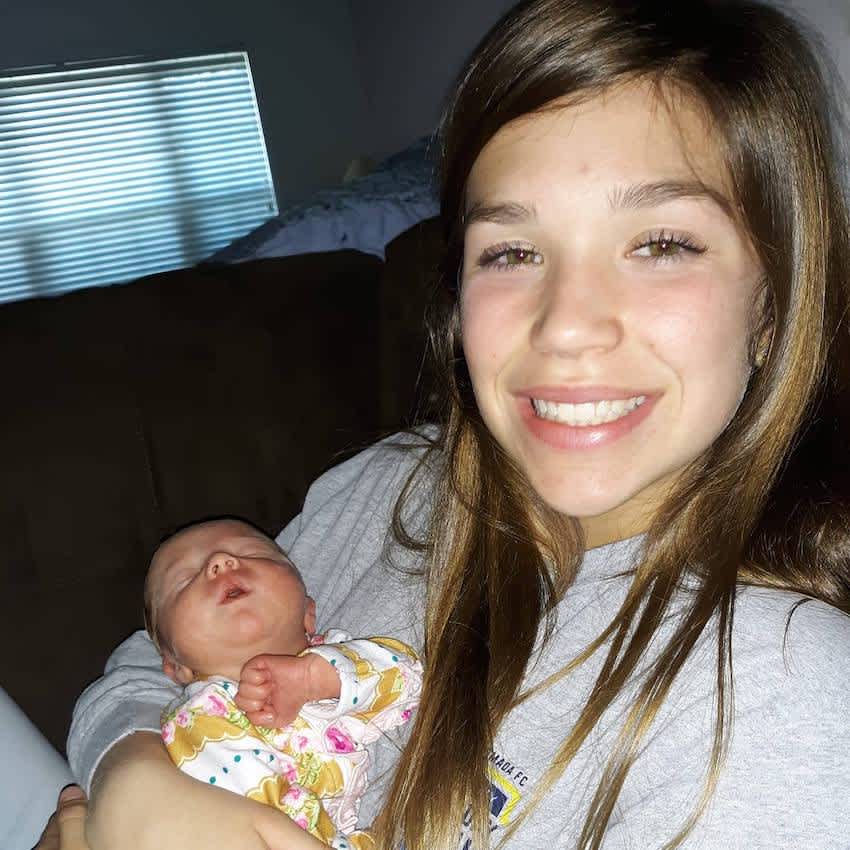 The robot baby cries, and it has to be “fed” and “changed” just like a real baby.

“It sounds like an easy task, but then it repeats at ungodly hours,” Lawren explained. “It would wake her crying when she was de*d asleep and then cry again an hour later.”

By the end of the weekend, Olivia looked like an actual exhausted mother. 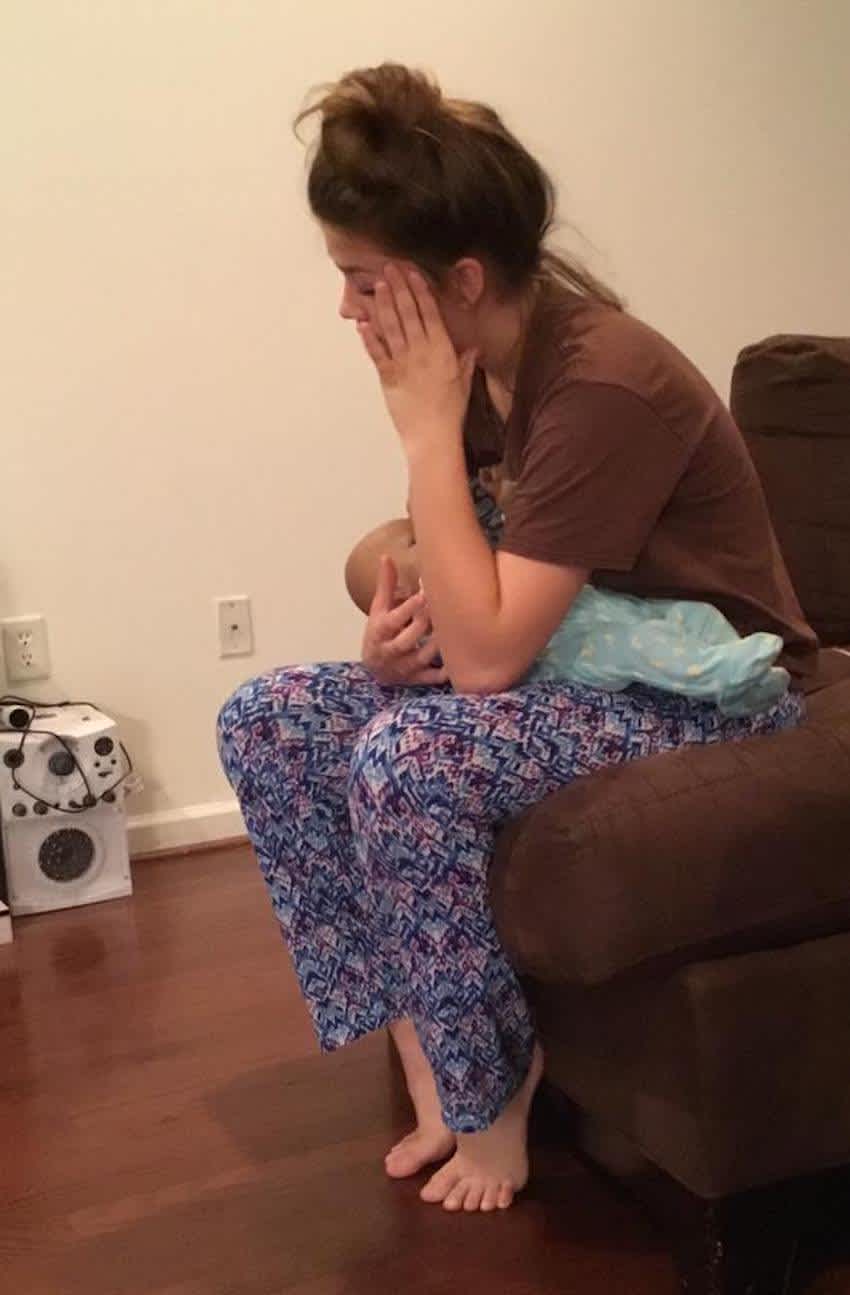 Lawren could hear Olivia wake in the middle of the night and tend to William. 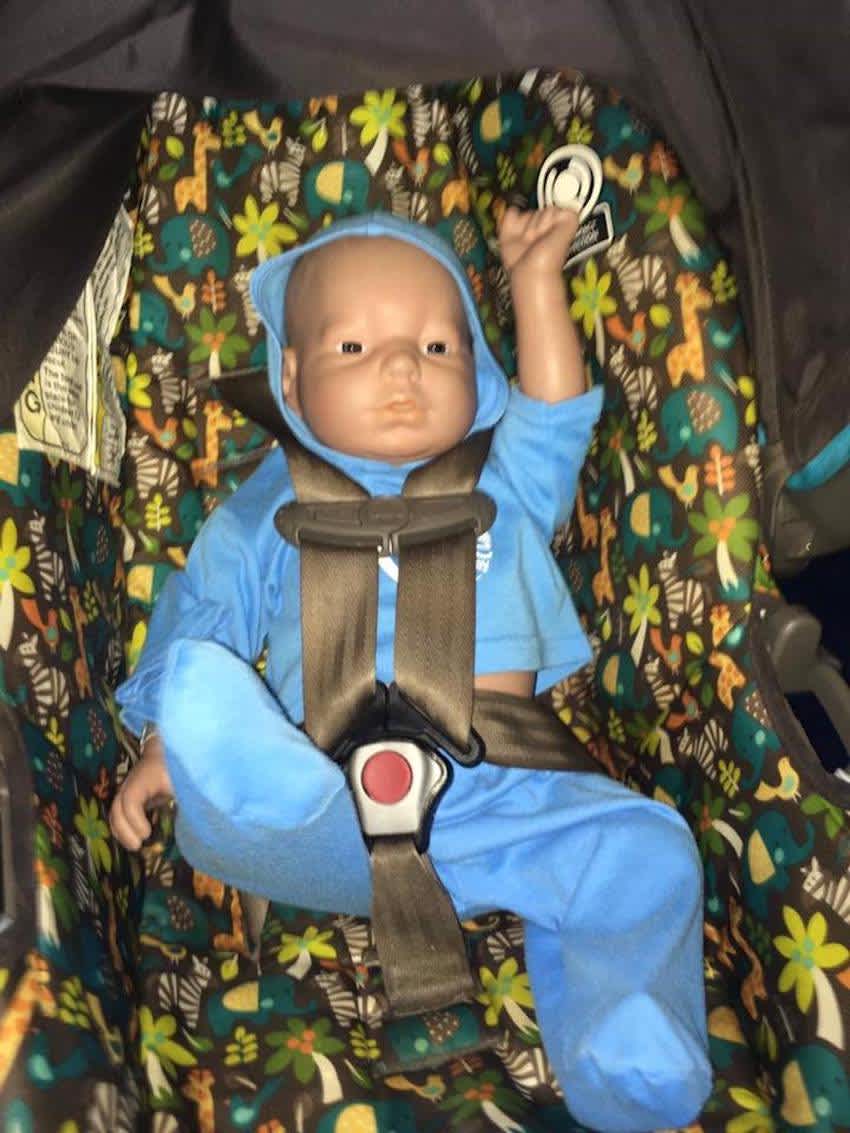 Lawren was up in the middle of the night, too, taking care of her newborn, Violet. Olivia figured she’d ask her mom for help, since Lawren was awake anyway.

“My response to her was, ‘My hands are full. This is your grade, not mine,'” Lawren told BuzzFeed.

Olivia truly had a taste of mom life. Lawren says her bathroom trips were rushed, her hair got greasier, and her clothes weren’t as put together.

“Sunday night, William magically started crying as soon as I set the table for dinner —  it was almost like he knew,” Lawren told Scary Mommy. “Long story short, Olivia had to warm her plate up three times. His feedings were taking nearly 20 minutes, he required a burp, diaper change, and about 12 minutes of rocking.” 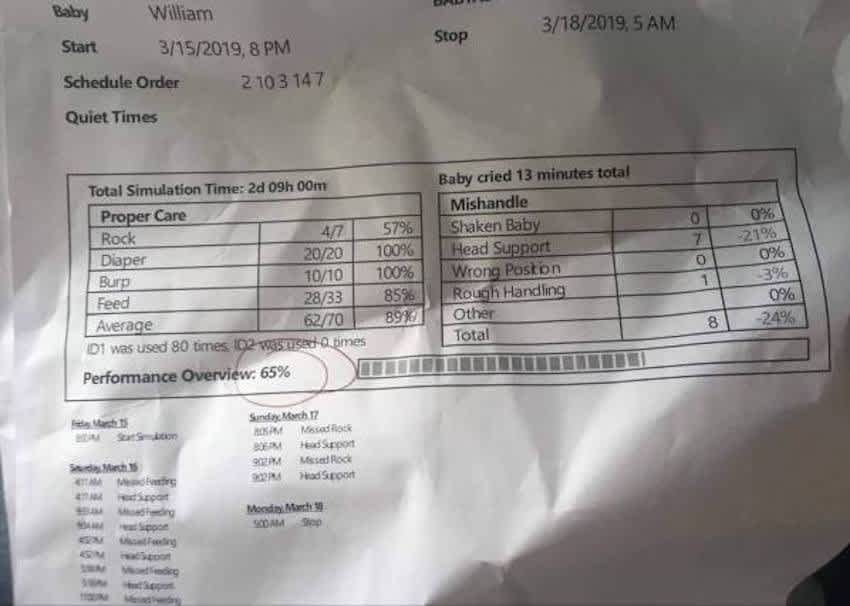 Olivia certainly put in a lot of work to meet William’s needs… but after all that, she didn’t even get a high grade! She received a 65% overall.

Lawren says it was a real learning experience for Olivia. Even though the robot baby isn’t anything like a real child (where’s the poop?!), it still provides a taste of just how relentless the work is.

“This assignment should be mandatory for both boys and girls in high school,” Lawren said.

The amused mom couldn’t help but share the story and photo on Facebook, where it has reached over 125,000 shares. Many people recalled their own encounters with these robotic baby assignments. 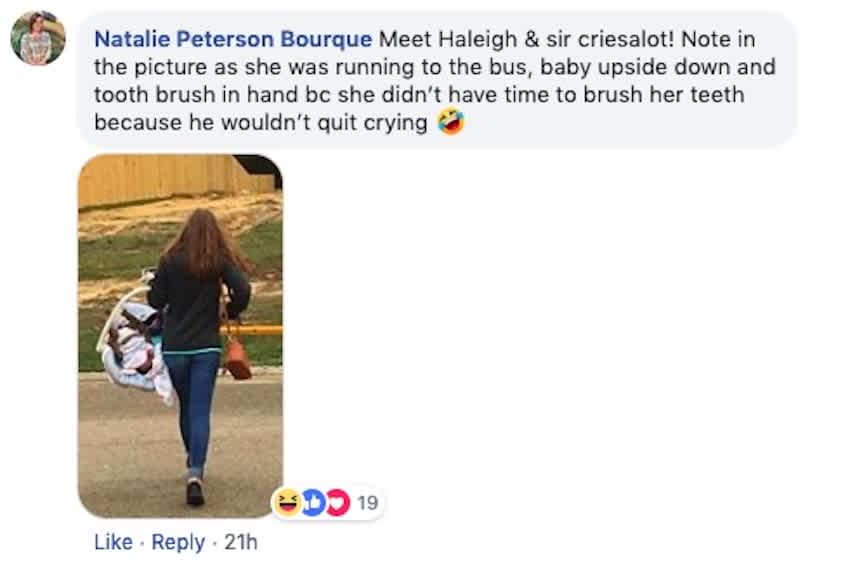 Some commenters say it should be mandatory, partially to teach a lesson and partially to prevent unwanted pregnancies. Nothing will steer you away from baby fever like a crying newborn!

And that’s pretty much the effect William had on Olivia, who’s really not into the whole idea of having babies at the moment.

“Now Olivia thinks she may adopt an older child, like a 10-year-old, when she’s ready to be a mom!” Lawren told BuzzFeed.

Even though Olivia thought having three younger siblings would prepare her for this robotic baby assignment, she had no idea just how challenging it would be!