When a teenager finds herself falling deeper into despair, she can have a hard time climbing out and saving herself. While babies are a blessing from God, a teenager birthing seven babies in two years can take its toll. Now, one teenager is desperately seeking help.

When Pamela Villarruel of Argentina was just 14-years-old, she gave birth to her first child, a son. Not long after, the father aband0ned her and the baby. But it wasn’t long before Pamela was pregnant against and this time with triplet girls.

The triplets’ father be*t her repeatedly, so her family made him leave for her safety and the sake of the babies. But shortly after the triplets were born, Pamela found herself pregnant yet again.

The third pregnancy resulted in another set of triplet girls. Because Pamela was either pregnant or had just delivered babies, she was forced to live with her parents, which was in the town of Leones in the Cordoba Province of Northern Argentina. She and the babies live in a small living room that has been converted into a bedroom. 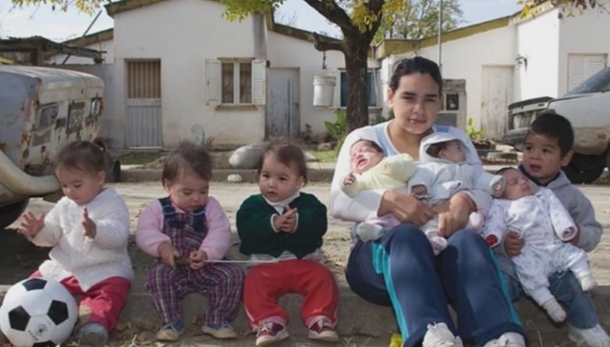 Magdalena knew her daughter’s health couldn’t handle more pregnancies and that at age 16, she didn’t want her daughter to raise more than seven babies. Pamela agreed with her mother that she should undergo a permanent birth control procedure. But there was no way that they could afford it.

So Magdalena asked the government for help. But the government refused to pay for the surgical procedure, noting that it could not be conducted on a minor, even one who has already given birth. In the United States, most teens would have been given access to free birth control to prevent this from happening in the first place, but seeing as Pamela doesn’t take any form of contraceptive, should the government make an exception for the surgery and foot the bill? 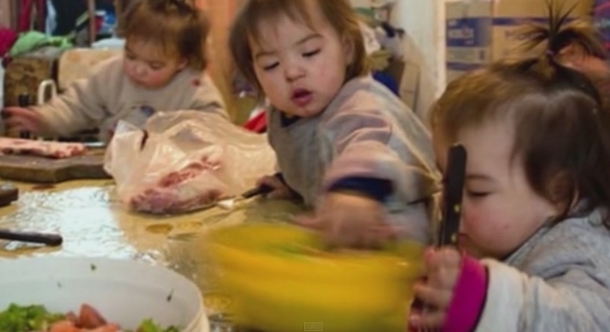 Here’s more about Pamela’s story and her large young family.

Pamela’s situation was brought on by engaging in s*xual encounters at a young age. But oftentimes teenagers in impoverished areas do not have access to birth control or adequate medical care. They aren’t educated about s*x, STDs and other issues pertinent to their health.

Still, she is seeking help. She wants someone to intervene and assist her and her large family to prevent them from growing even more. What do you think? Should the government help?