Spending years growing up in the foster care system can be an uncertain time for many children. Those of us who have always lived with our birth families or were adopted as babies often don’t have a true understanding of how blessed we are just to have that sense of belonging and security. Sadly, according to Statista, there are currently around 430.000 children placed in the foster care system in the US. On average, a child given up for adoption will spend around three years in the system before finally being adopted by their new parents. Most children, as statistics show, will be adopted at the age of three or younger. The older a child gets, the lower their chance of adoption becomes.

For a little girl named Shailee, finding a forever family seemed like an elusive dream. Thanks to one loving family, however, it was a dream that was finally about to come true. In this video from 2018, her foster parents reveal to her that it’s finally adoption day when she will become a legal member of their family, and her reaction is precious.

Shailee had become very close to her foster parents and foster brother. Writing to Love What Matters, Jessica Frank, Shailee’s adoptive mother, spoke out about the story behind the video that went viral. Shailee had originally been a foster child that her parents had been fostering for a while. Jessica had often thought about adopting, but her husband had not, stating that he was content with their life. But then the couple met Shailee. 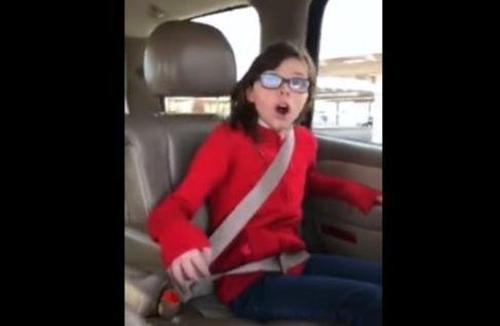 In her statement, Jessica wrote:

“We are a family that likes to hike, and one weekend my parents had invited my husband and me to go hiking with them, my brothers and Shailee. I had met Shailee before this hike, but my husband had not. This was the first time.

That was it. That night, my husband told me that it was time to start our classes to be licensed to foster. That was in March of 2016. By December of 2016, we had moved Shailee into our home with the intent to adopt. She didn’t know we wanted to adopt her, she just knew that my parents were closing out their foster license and she was moving in with us.”

It seemed like a perfect fit. Her foster parents told her that they were planning to adopt her, and she eagerly anticipated the day she would become an official legal member of this loving forever family.

Her foster parents couldn’t wait until they could finally adopt this sweet girl with a contagious smile. They wanted the actual date of her adoption to be a big surprise.

They wanted it to be a special day Shailee would never forget.

On the big day, the parents picked their kids up from school just like they normally would and went about their routine.

After turning on the camera to record this milestone moment, Shailee’s foster mom turned to her and her foster dad revealed the exciting news that it was the day they’d all been waiting for: adoption day! 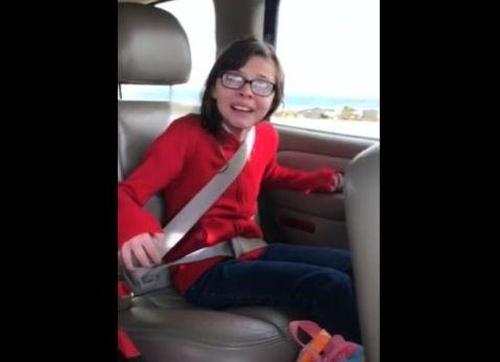 He told her that they would be going to the courthouse that day to finalize the adoption process. Shailee immediately got a look of absolute surprise and delight on her face.

Her mom then told her, “Today’s your day.”

Jessica had been worried that the surprise wouldn’t get the joyful reaction she hoped for, as it was quite sudden. “I was so nervous I wouldn’t get the reaction we had been hoping for. I turned my camera on and my worries went out the window. Her reaction was more than I ever hoped for.” 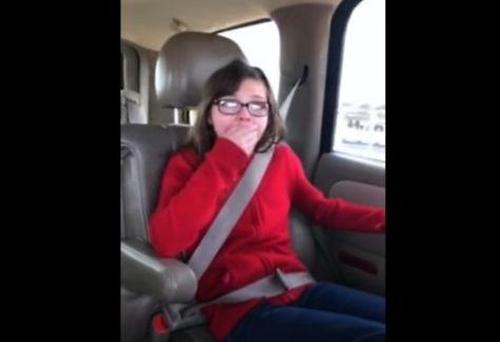 Shailee was then overcome with emotion, crying tears of joy and gratitude. Finally, she was going to be able to stay in a forever home with her very own mom, dad, and brother! As she had been in the foster system for many years and was already at the age where adoption only rarely happens, the news were completely overwhelming to her.

Writing to Love What Matters, Jessica, her happy adoptive mother, stated that there were no regrets for their decision.

“We are her forever family and we couldn’t be happier to have her in our lives.”

You can check out this heartwarming video footage of the touching moment for yourself. We think you’ll agree that that’s one excited little girl who deserves only the best life has to offer her. All the best to the happy family!

We hope you’ll be as happy for them as we are!

Watch the video below:

What are your thoughts on this video that captures the thrill of a little girl as she realizes that her adoption day has finally arrived? We’d also love to know if you’ve ever witnessed any similar experiences in your own life. Feel free to post your thoughts and pass along this precious story of love, hope, and joy to your friends and family!