Transgender female activist Eden Torres claimed the “entire staff” at a Sonic Drive-In used the word “sir” during Torres’ order — and the activist also complained of being “faced with discrimination” while at the fast-food restaurant, which apparently is in Houston.
What happened?
Torres posted a pair of videos Saturday on Twitter that captured the activist’s interaction with what apparently is a management-level employee — and Torres let him have it.

The transgender woman told the manager that “your entire staff has been calling me sir” and asked him, “tell me, what we can do now?”

As the pair argued — Torres behind the wheel of a car, and the manager standing outside — Torres asked the man, “What about me looks like a ‘sir’ right now?” 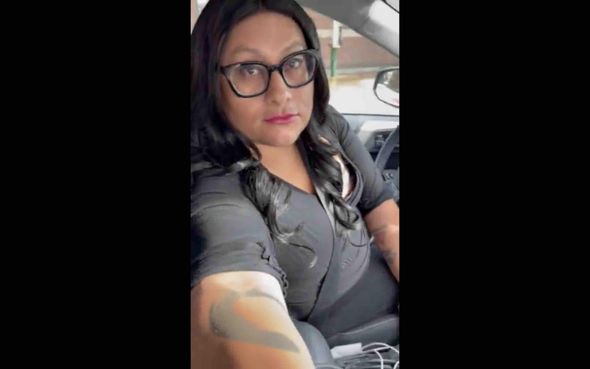 The manager apologized, and Torres explained that Sonic staffers “saw the [masculine] name on my credit card” — which presumably led to them figuring Torres gender is male and them subsequently using the word “sir” during the ordering process.

Don’t miss out on content from Dave Rubin free of big tech censorship. Listen to The Rubin Report now.
“They were not being nice people,” Torres told the manager, who soon was calling the activist “ma’am.”

Torres then told the manager to “tell me what your location has done to be trans-competent because clearly they are not.”

The manager didn’t appear to understand that Torres was talking about gender identity as opposed to sexuality, as he seemed to tell Torres that there are “gay” workers at his restaurant — and that angered the activist.

“I’m not gay,” Torres replied. “We’re talking about my gender identity, not my sexuality.”

Soon the activist asked the manager, “I would like you to promise me that you will stop treating trans people this way.”

Finally, the manager asked Torres, “What are you?” in reference to gender identity, and Torres replied, “Why does it matter?” — and soon after, “What would you assume looking at me?”

The manager replied, “I assume that you are a man.” That’s when the Torres ended the conversation and the recording.

Here are the videos:
What did Sonic Drive-In have to say?
“Eden, we have a strict anti-discrimination policy and take this very seriously,” the fast-food company replied to Torres on Twitter. “We launched an immediate investigation into the incident, and we have reached out to you via TikTok to gather more information needed to complete the investigation. Please feel free to DM us here.”

It isn’t clear if Torres responded directly to Sonic, but in a tweet Torres posted Tuesday, the activist said the manager should be trained instead of fired.

“The manager of this Sonic told me it’s OK that I’m gay. I’m not gay. I’m trans. There is a difference between sexuality & gender identity,” Torres wrote. “Clearly the manager doesn’t know this. That’s OK, but he can learn. Clearly I’m not the only one who had issues. Don’t fire him, train him.”
How did folks react to the trans female activist?
A number of observers were less than sympathetic to Torres: