Elon Musk has reacted to a series of topless snaps of himself that went viral on social media.

The world’s richest man was spotted flaunting his bare chest and swigging drinks while on a yacht in Mykonos this past Sunday (July 17).

Despite his looming legal showdown with Twitter, the 51-year-old Tesla boss didn’t look concerned as he relaxed with his shirt off in the Greek sun.

While Musk was enjoying himself, some of his investors appeared equally as happy to see him living it up on holiday so close to his impending court date with the social media platform, who he has been attempting to buy for $44 billion.

Fuck yea I got my $ behind this man.

So so many other smart investors. @elonmusk pic.twitter.com/Z3irAGDcQF

One investor shared a picture of the SpaceX founder on Twitter, writing: “F*** yea I got my $ behind this man. So so many other smart investors.”

Musk was quick to respond, both laughing at the tweet and also reassuring investors that he had only been on a very short break. “Haha damn, maybe I should take off my shirt more often … free the nip,” he joked, adding: “already back in the factory btw.”

Fuck yea I got my $ behind this man.

So so many other smart investors. @elonmusk pic.twitter.com/Z3irAGDcQF

If this lighthearted Twitter exchange is anything to go by, Musk is in high spirits ahead of his court appearance with the social media giant, which is scheduled to take place in Delaware later today.

Twitter is suing Musk for attempting to back out of his $44 billion buyout, claiming the multi-billionaire is deliberately trying to tank the deal because of changing market conditions. Musk, meanwhile, maintains that he backed out of the takeover because the company failed to provide adequate information about fake, or ‘spam bot’, accounts.

Meanwhile, the Tesla CEO made headlines earlier this week thanks to his 76-year-old father, Errol Musk, who claimed to have welcomed a second child with his stepdaughter.

In an interview with The Sun, the South African engineer announced that he and Jana Bezuidenhout, 34, shared two children together. 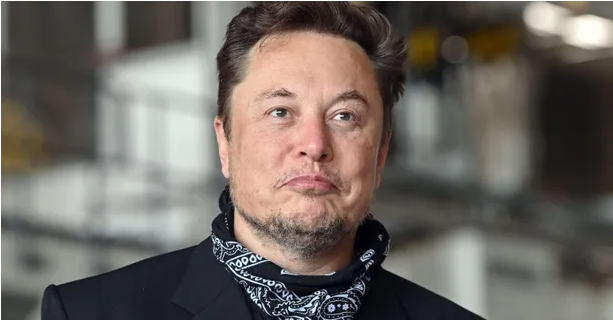 Musk senior and Bezuidenhout first met over 30 years ago, when she was just a young child herself. The engineer married her mother Heidi, with whom he welcomed two daughters Alexandra and Asha.

At the time, he had already fathered SpaceX founder Elon as well as his brother and sister Kimbal and Tosca with his first wife Maye Musk.

He explained that his daughters Alexandra and Asha are still uneasy about his involvement with Bezuidenhout, saying: “They still feel a bit creepy about it, because she’s their sister. Their half-sister.”

As for the Tesla boss, his father claimed that when he told his billionaire son about the baby his response was: “Okay, I got it, but l’m real busy right now. I’ll speak to you in due course.”