We’ve all seen them: Photos where your fave celeb is missing an iconic freckle or pics where a star has not one, not two, but three hands. Photoshop fails are a dime a dozen these days with everyone trying to secure ultra-perfect pics for the gram and more. But that doesn’t mean it’s not oh so hilarious when fans catch a big photoshop faux pas.
Take a look at these insane photoshop fails that caused huge scandals, and were either called out by the public, or the stars themselves.

On set for her new song, “I Can’t Get Enough,” Selena proved that her selfie game is still in tip top shape. But when the pic h!t Instagram, fans noticed that something looked a little different about the pop singer.

Some thought the change was due to a Photoshop fail, but it turns out, it’s all because of a tight af ponytail. Her makeup artist captioned the pic: “If a tight high ponytail gives women snatched eyes, what can men do to get the same effect?” 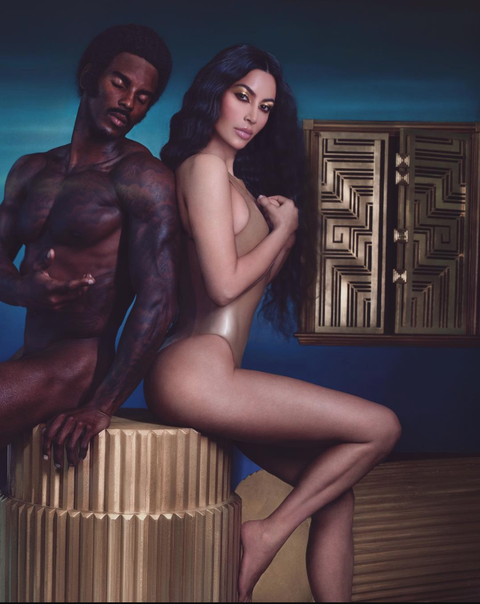 The KUWTK star was called out for altering her pics yet again, in an Instagram post promoting her new KKW Beauty collection. It’s no secret that Kim is famous for her booty, so fans couldn’t help but notice that her butt looked way smaller than usual in the photo. Though it’s definitely a possibility that the pic was taken from a different angle, fans are convinced her butt was made to look slimmer. 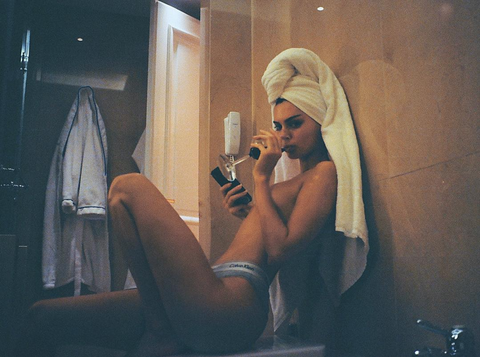 Fans are noticing that in this suspiciously flawless pic of Kendall Jenner, the wall next to her stomach is looking a little ~wavy~. Looks like she slimmed her waist down before posting. 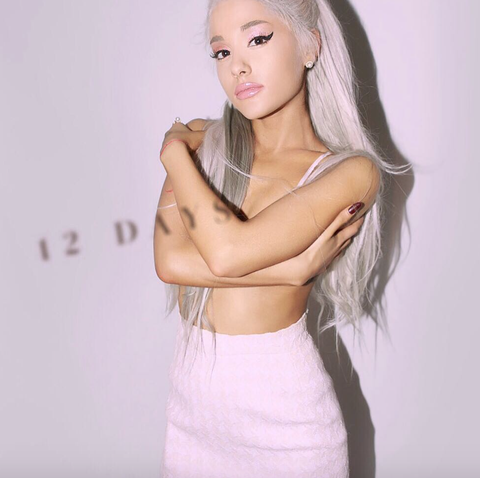 We love you Ariana, but what is that hand…?? Fans went wild after Ariana posted this pic on Instagram. 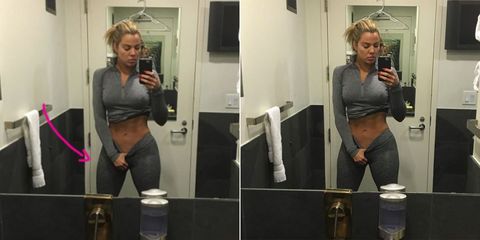 Khloe Kardashian was immediately questioned when she posted this picture on Instagram which actually rounds out her right leg. More often than not, photoshop is used to slim down our bodies. So why was Khloe broadening her leg? Apparently, Khloe’s right leg is 1.5 times smaller than her left due to degenerative muscle tissue after multiple surgeries from a br*tal car crash. When fans started to notice oddly warped doors in her Insta pics, she finally made a comeback to this picture on her website, “Yes, I did Photoshop it, but I was trying to make my thinner leg look bigger to match my other leg!!! All I want are big, thick thighs and I hate how skinny my legs are.”

When you put it that way, you really can’t blame her. 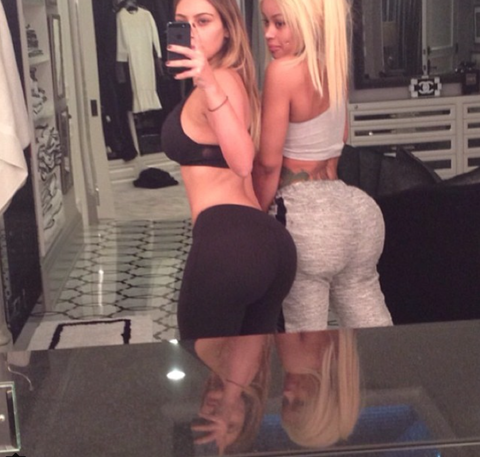 Kim K and Blac Chyna opted to take some artistic license with this Insta pic, but fans immediately pointed out the wavy tiles and the bent door behind them! 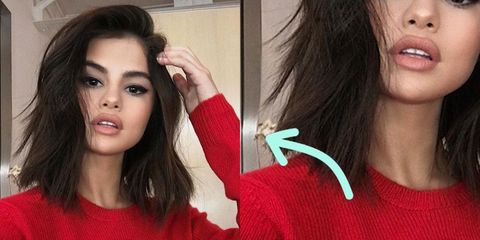 When Selena’s makeup artist, Hung Vanngo, posted this picture of her on his Instagram, fans went wild. The disfigured wall visible over her right shoulder was an obvious attempt to flair out Sel’s hair. For good reason, Vanngo has since taken the picture down. 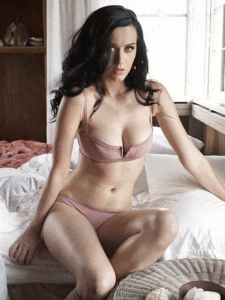 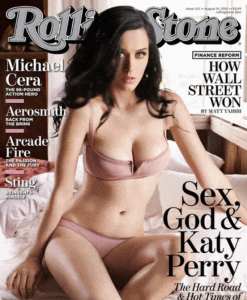 When Katy Perry graced the cover of Rolling Stone in 2010, she had some severe alterations done including slimming her legs, enlarging her bre*sts, and removing multiple moles. 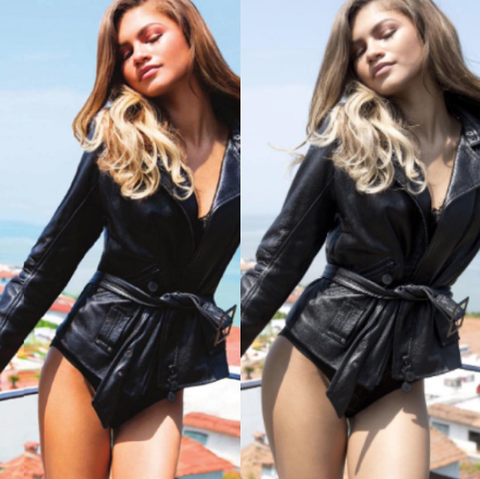 After her photosho0t with Modeliste Magazine in 2015, Zendaya posted this photo on Instagram to rectify the situation: “I was shocked when I found my 19 year old hips and torso quite manipulated. These are the things that make women self conscious, that create the unrealistic ideals of beauty that we have.” 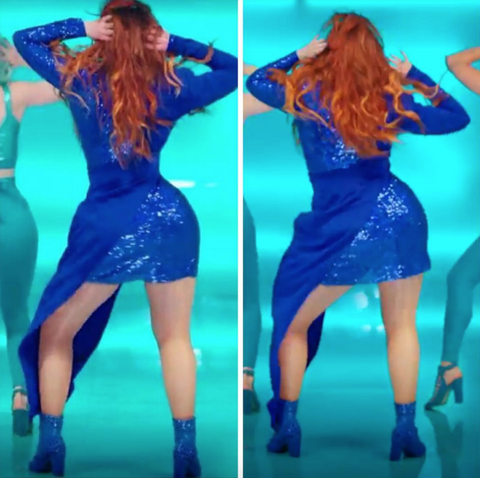 When Meghan Trainor realized her hips had been altered without her permission in her “Me Too” music video, she immediately took it down. “Missed that bass,” she wrote on her Instagram post. Us too, Meghan. 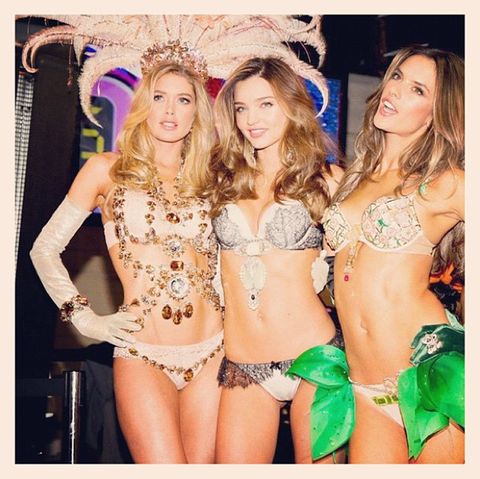 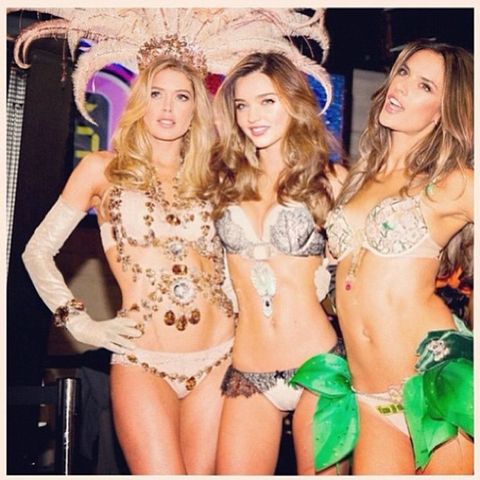 …her hips are two times smaller. 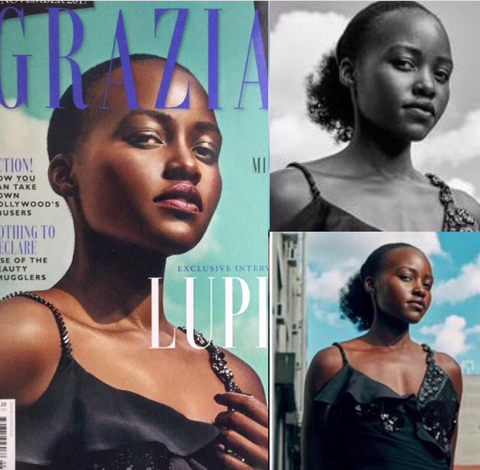 The Black Panther star ripped Grazia to shreds after realizing photographer An Le cropped out her original ponytail. She made the comment on Instagram, “I am disappointed that @graziauk invited me to be on their cover and then edited out and smoothed my hair to fit their notion of what beautiful hair looks like.”

I mean, has no one noticed Alicia Vikander’s ridiculously long neck? Lara Croft is supposed to be like Superwoman, not a dinosaur… 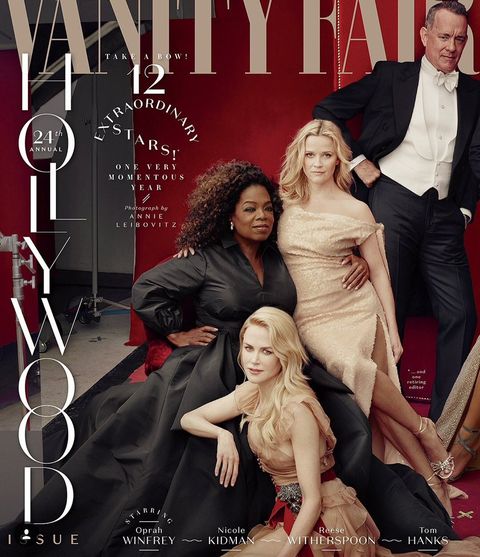 Reese Witherspoon appears to be sitting on Oprah’s lap in Vanity Fair’s annual Hollywood issue this year. However there’s one massive mistake here … she appears to have three legs. Though that first claim is controversial, the SECOND (yes, second) mistake is not. In a later photo from the issue, Oprah Winfrey is pictured with three hands. 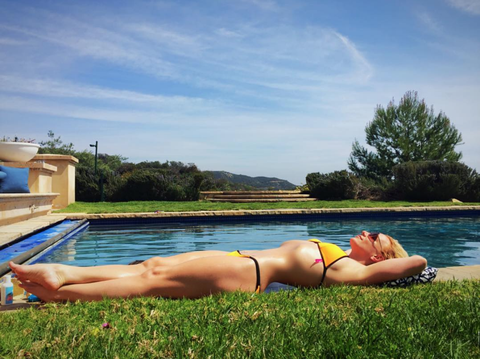 Britney Spears posted this picture on Instagram, where she seems to be both on the poolside and in the pool at the same time! Fans immediately began to point out the mistake with comments debating whether this was a true fail or whether it was “just a towel under her back.” Either way, Britney hasn’t responded to any of them. And we love her for it.

Okay, seriously Kim? That car is so warped it looks like something from another planet. After fans started to grill our fave Kardashian about the alien car, Kim said that this photo is one that she had reposted from a fan. 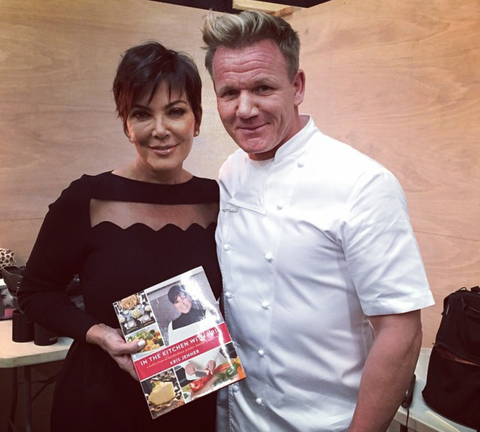 Gordon Ramsay posted this picture on Instagram of him and Kris Jenner for the release of her new cookbook. She posted the same picture later, except hers looked like this… 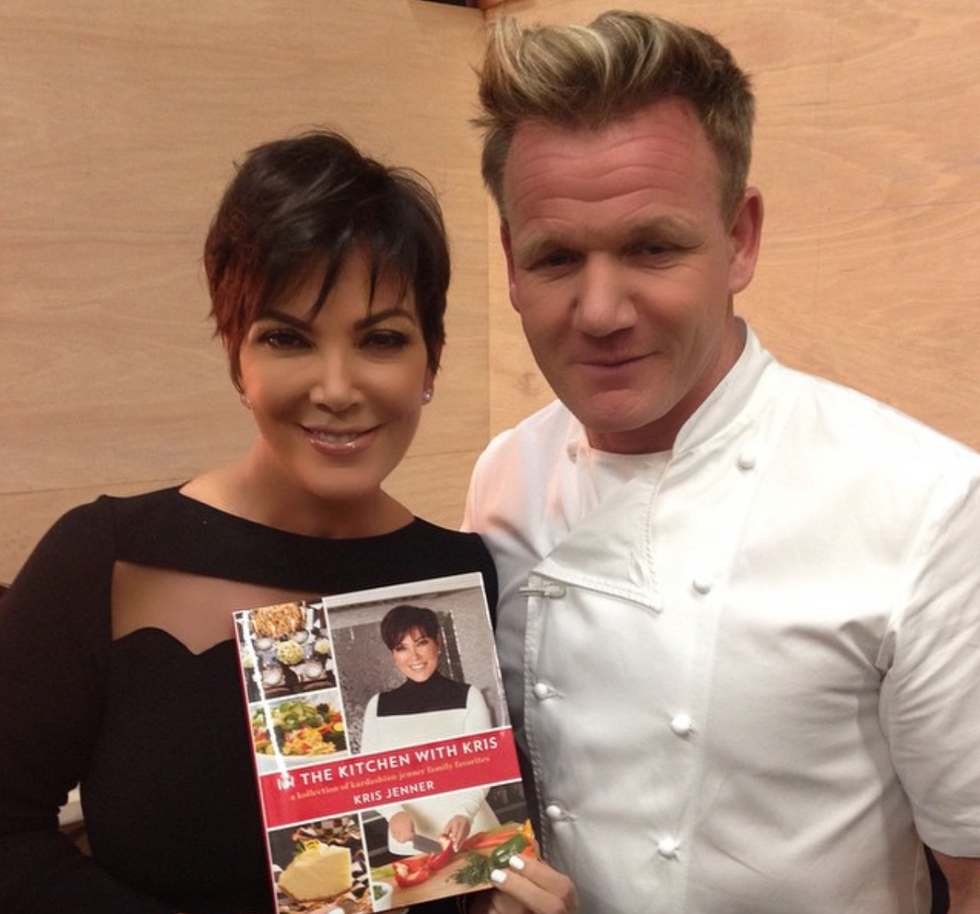