Banana and corn looked very different before human cultivation, carrots were made orange for political reasons, and watermelons were very bitter. Some of the foods we love eating today carry interesting histories and stories of how they changed over time.

Bright Side learned all about the fascinating transformations our modern foods have gone through and we discovered 13 facts about them that you might find hard to believe.

1. The original cucumber was toxic. 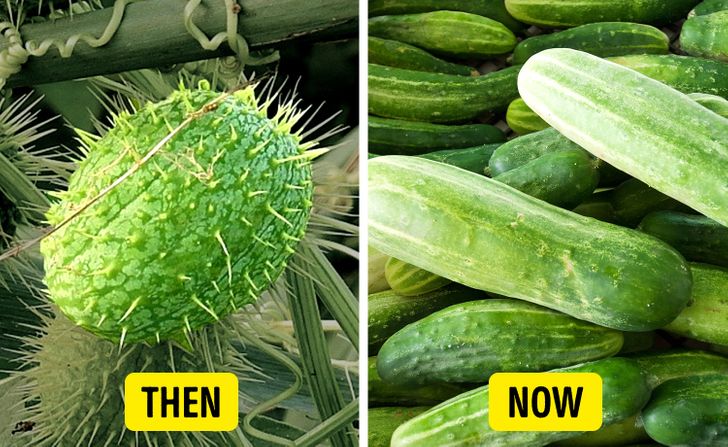 The original cucumber, also known as the wild cucumber, was so toxic it wasn’t edible. Instead, people from India cultivated them and used them as medicine. The cucumbers we eat today grow longer and have high water content, making them good for a low-calorie diet.

2. Eggplants weren’t purple and they had spikes. 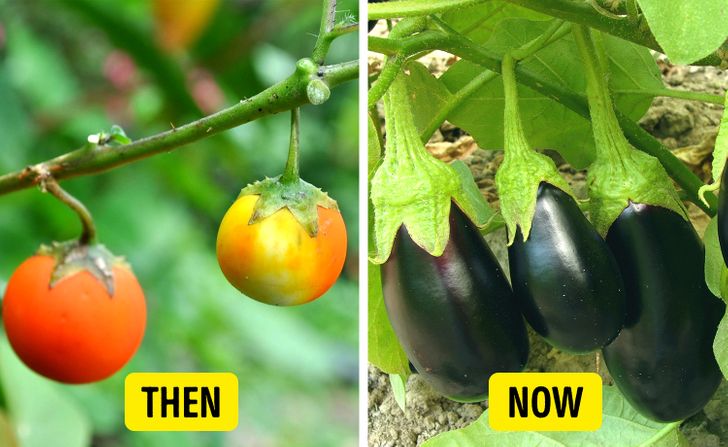 The eggplant earned its name because, at one point, it looked like an egg growing out of a plant. The earliest eggplants came in different colors such as white, yellow, and blue. They also had different shapes like round and oval, and their stems had little spikes on them.

3. Tomatoes were once called “poison apples.” 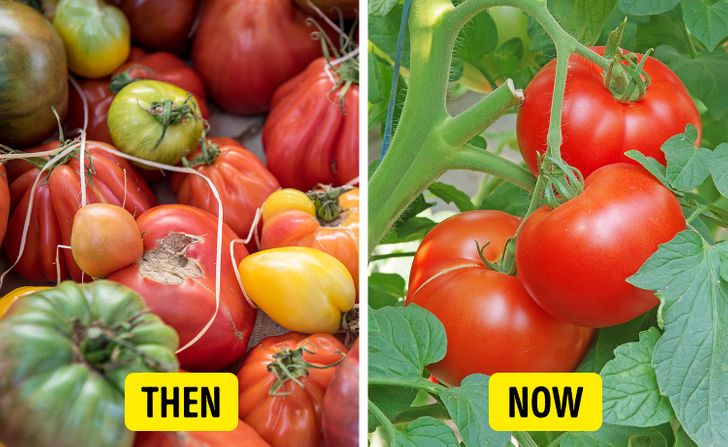 In the 1700s, some Europeans actually feared eating tomatoes, which they called “poison apples.” They thought the wealthy people who ate them died because of their consumption. As it turned out, when acidic tomatoes were placed on the lead-made pewter plates, the combination caused lead poisoning. 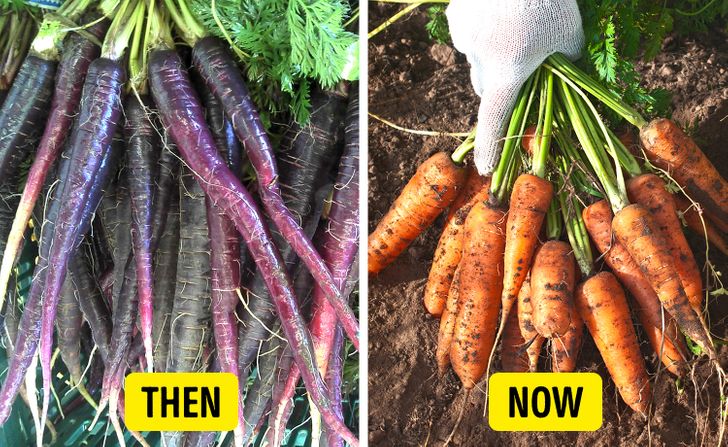 In earlier centuries, carrots came in white and purple colors. There is a theory that carrots were turned orange by the Dutch for political reasons. The tale is that to honor William of Orange, a revolution leader, Dutch farmers bred the orange-colored carrots we know today. Even though this is a theory, the House of Orange did become associated with the orange carrots. 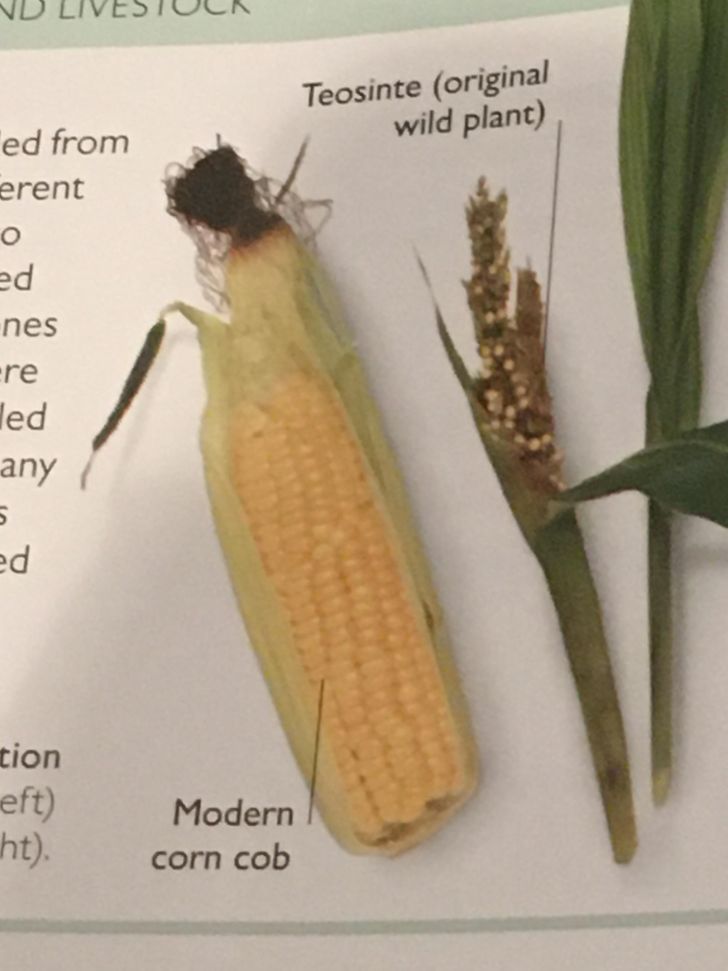 The food staple, corn, came from teosinte, a type of Mexican grass. It had fewer kernels and its hard casing made it difficult to extract them, making it barely edible. Through years of selective breeding and domestication, corn became much larger, easier to grow, and more edible. 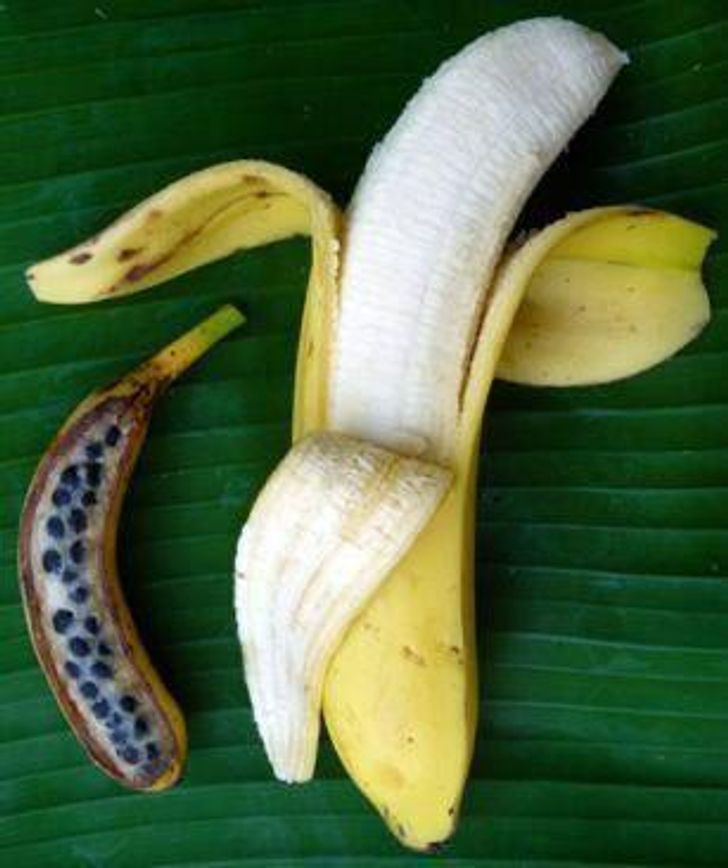 Wild bananas were hard and they contained large seeds inside. The bananas we have today actually came from 2 varieties of wild bananas, which evolved into a more nutritious variety with smaller seeds and better taste. 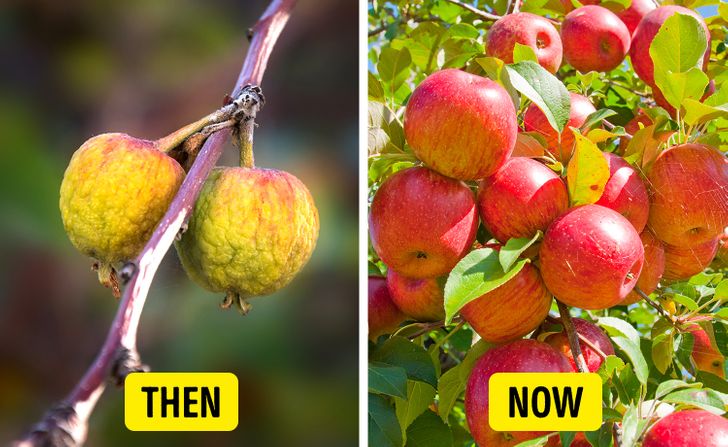 The apple’s ancestor, the wild apple, was tiny. What’s more amazing is that within a single tree, there were different colors, sizes, and flavors of wild apples. Around 4,000 years ago, apples were domesticated and cultivated to improve their size and flavor.

8. Avocados were smaller and had a large pit. 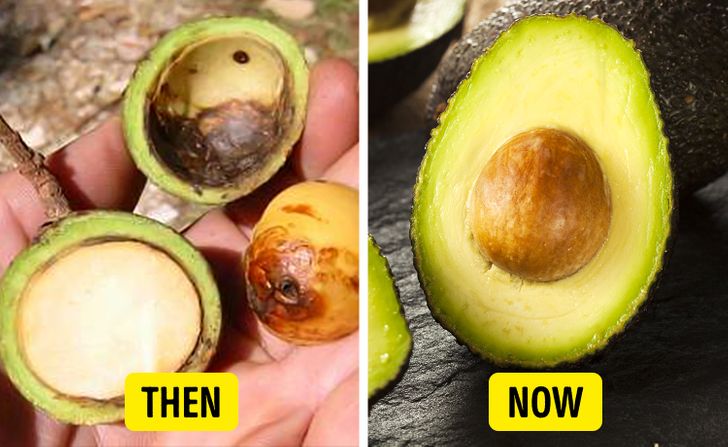 Wild avocados were smaller and had a large pit that covered almost the whole edible part — it also had a hard shell. Because it was so small, you’d need 10 wild avocados to get the same amount of “meat” that a single modern avocado would provide!

9. Peaches and cherries used to be the same size. 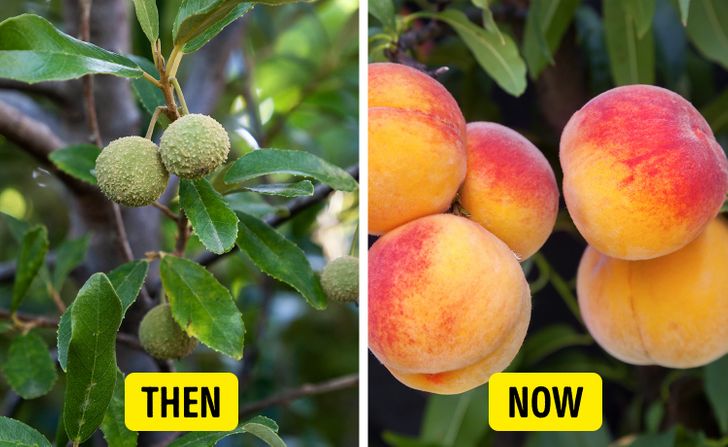 Before, peaches resembled cherries in size and had a smaller portion of edible flesh. The ancient Chinese were the first to domesticate wild peaches. After going through thousands of years’ worth of selective breeding, peaches grew larger and became juicier. 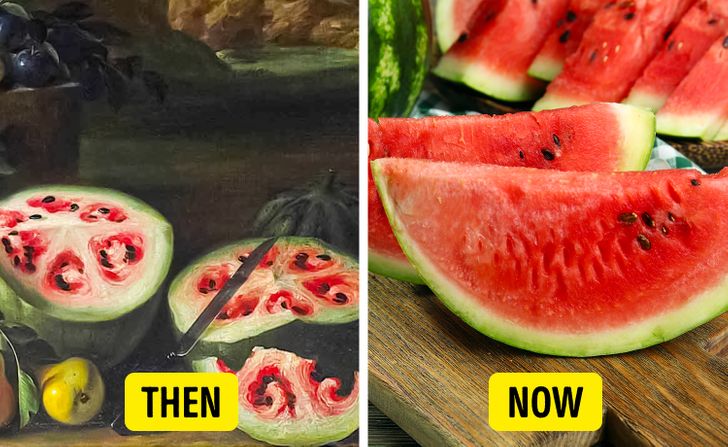 Watermelons came from Egypt 5,000 years ago and back then, they were very small and tasted extremely bitter. They also had a paler appearance, contained less red flesh, and carried more seeds. Through cultivation using a selective breeding process, watermelons now have more of the sweet, juicy red flesh and their rinds shrunk in size.

11. Marshmallows started as a plant. 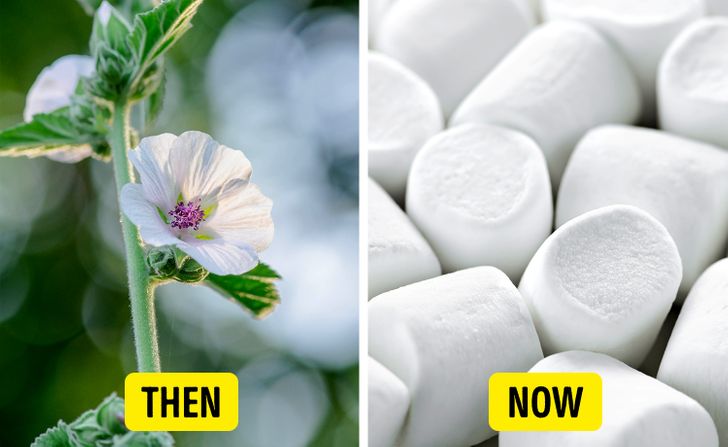 Long before it became the sweet treat it is today, marshmallows were once a plant. They belong to the mallow family and grow in the marsh — hence the name “marshmallow.” It wasn’t until the 1950s that marshmallow was turned into candy and over time, it has become the fluffy white treat we love today.

12. Food canning was invented for the military. 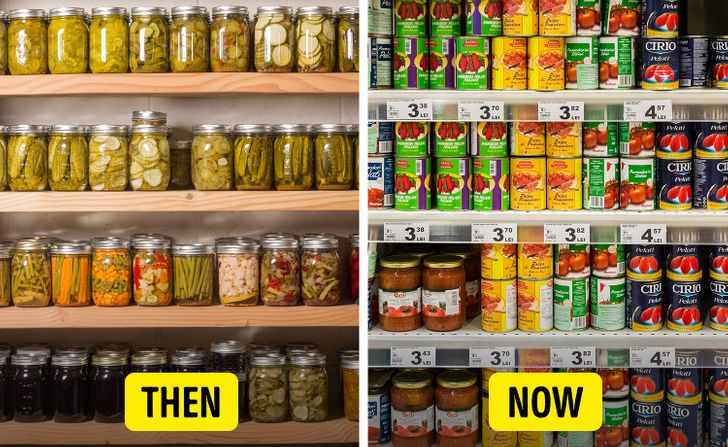 The food canning method was invented when Nicolas Appert heeded the call of the French government to find a means to preserve food for their army and navy troops. Appert sealed food tightly in a jar or bottle. He then heated these containers up to a certain temperature and maintained that heat level for a certain period of time. The containers were kept sealed until it was time to consume the food inside.

13. The wedding cake was broken over a bride for good luck. 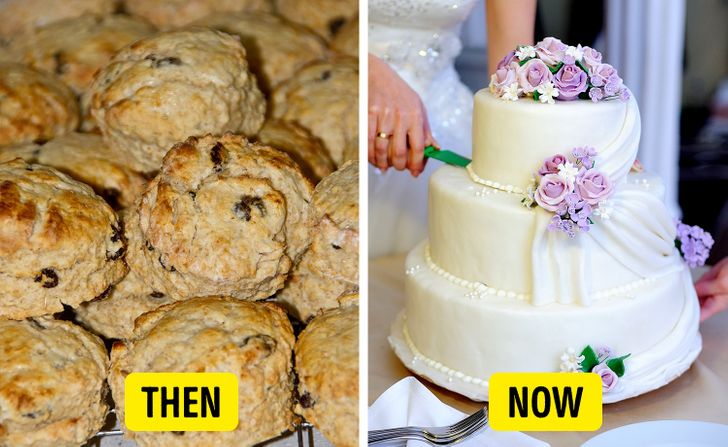 Wedding cakes originally looked like scones which were made from barley or wheat. They were an important part of the wedding ceremony, as the marriage was considered finalized after the cake was broken over the bride. This act was believed to bring the newlyweds good fortune. Later on, guests gathered up the crumbs of the cake for good luck.

Which of these food facts and transformations surprised you the most? Do you know other foods with remarkable histories? We’d love to learn more!