The clothes of movie characters are important parts of movies that many viewers overlook and they shouldn’t. Costume designers add a lot of secrets into their work that help us understand the plot better and learn more about the characters.

We at Bright Side want to talk about some of the hints that costume designers left for viewers in very popular films. 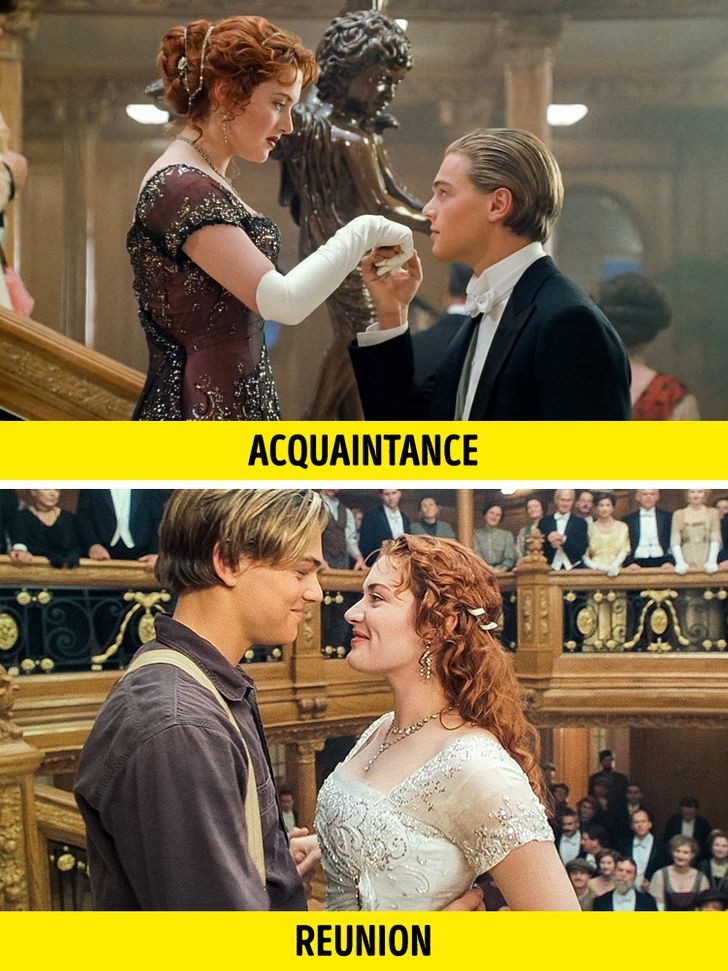 According to the idea of costume designer Deborah Lynn Scott, the colors of the dresses of the main character were supposed to tell the audience more about Rose’s character: deep down, she was a fierce woman. The bright red dress with a black lace discovers her strong character confined in social rules. Rose is wearing the same dress at the start and at the end of the film but it’s different in colors.

So, in the final scene of the film, Rose is wearing the same dress but in white. The design of the dress is exactly the same as the one she was wearing when she met Jack but the color says that there are no more obstacles for the love between Jack and Rose. 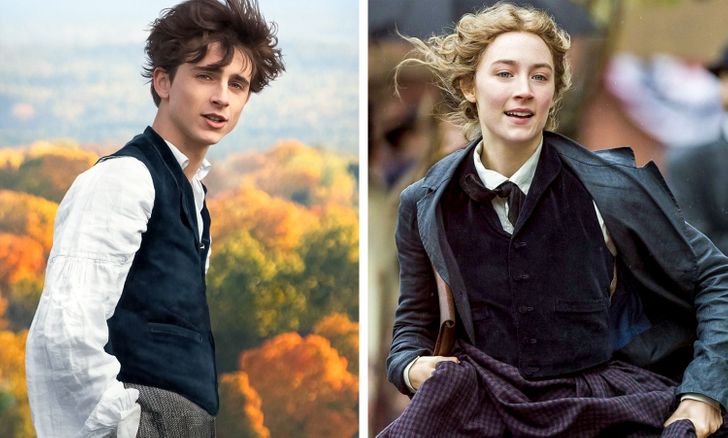 Throughout the entire film, Laurie and Jo wear the same vests. The idea is to show that they have a special connection. 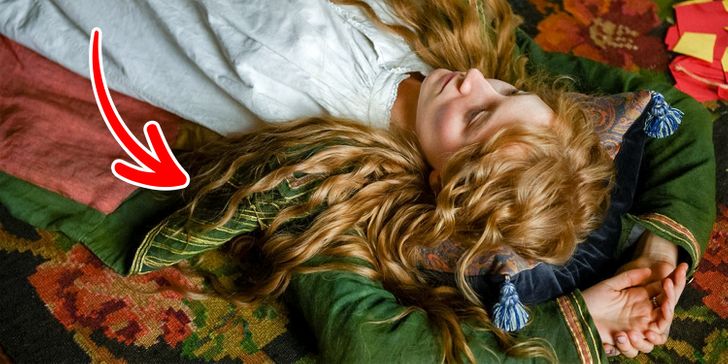 Also, Jacqueline Durran, the costume designer of the film and actress Saoirse Ronan made a special outfit for Jo. When the girl is writing a novel, she always wears the green jacket that highlights her decisiveness and the strength of her spirit.

3. The Shape of Water 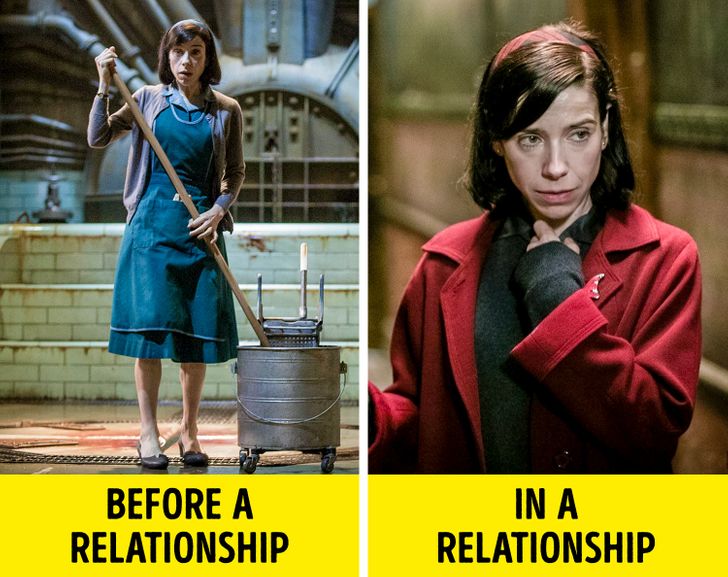 © The Shape of Water / TSG Entertainment

At the beginning of the film, Elisa is an invisible woman who doesn’t talk to anyone and wears pale clothes. And it seems that she can’t even communicate with anyone. But everything changes when she meets her love. She falls in love with the creature and we see love transform the silent janitor. Elisa starts wearing red clothes that highlight her passionate nature. 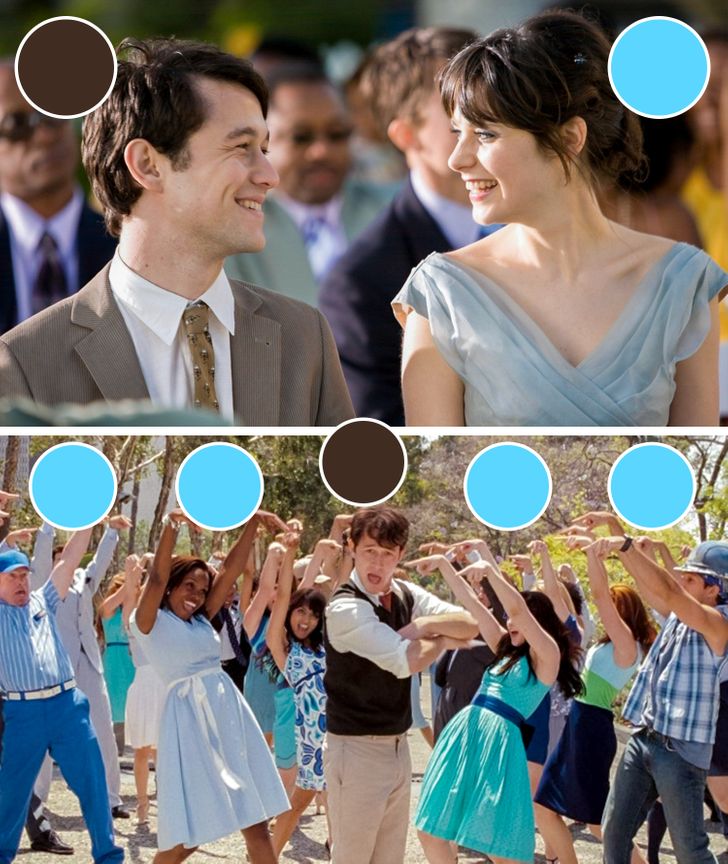 Right at the very beginning, we see the clips from Tom’s and Summer’s childhoods and a strong connection is established — Tom is brown and Summer is blue. When Summer becomes part of Tom’s life, a lot of blue appears around him. For example, the episode where he is dancing happily surrounded by people wearing blue clothes. This is when we realize that Tom is thinking about his love at that moment. 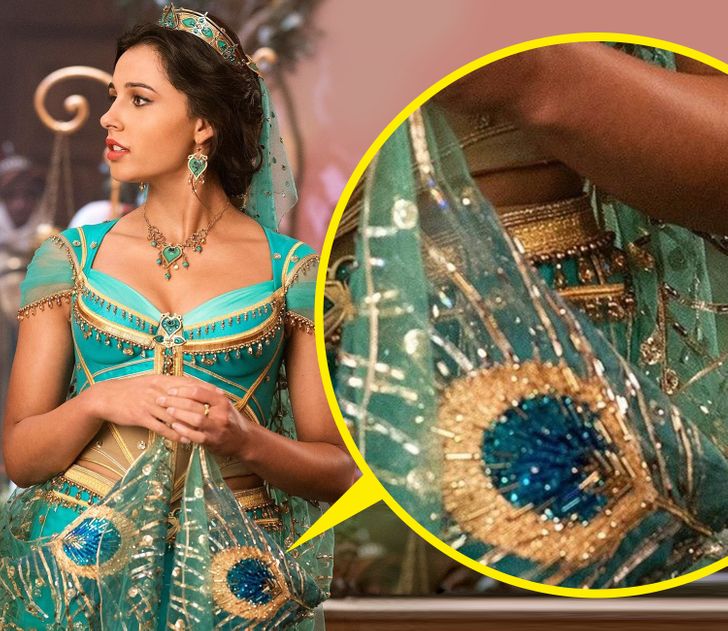 In this new movie, princess Jasmine has a lot of bright clothes that tell us a lot about her as a character. So, the classic bright turquoise suit of the princess is now decorated with beads. The veil has a peacock on it and there is a reason why. This is a metaphor: a peacock caught in a trap in the royal garden wants to be free just like the princess. 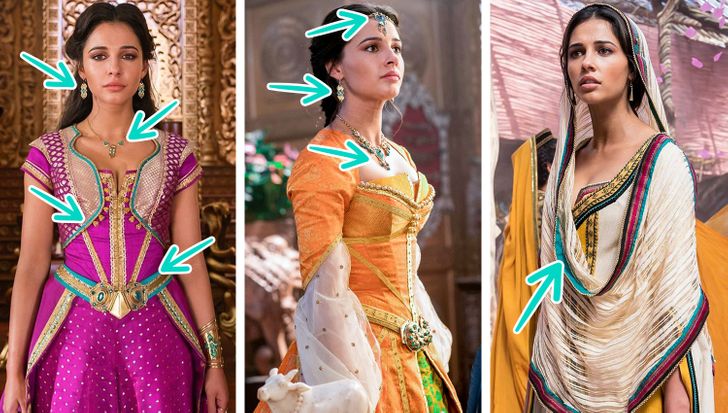 Also, the viewers learn more about the mother of the princess. Jasmine wears clothes that make her look very different from all the other people. For example, the bright pink outfit is a reference to the countries of Southern Asia, where she’s from.

Despite the huge number of new outfits, costume designer Michael Wilkinson made sure that Jasmine always wore the classic turquoise that the audience associates with Jasmine. 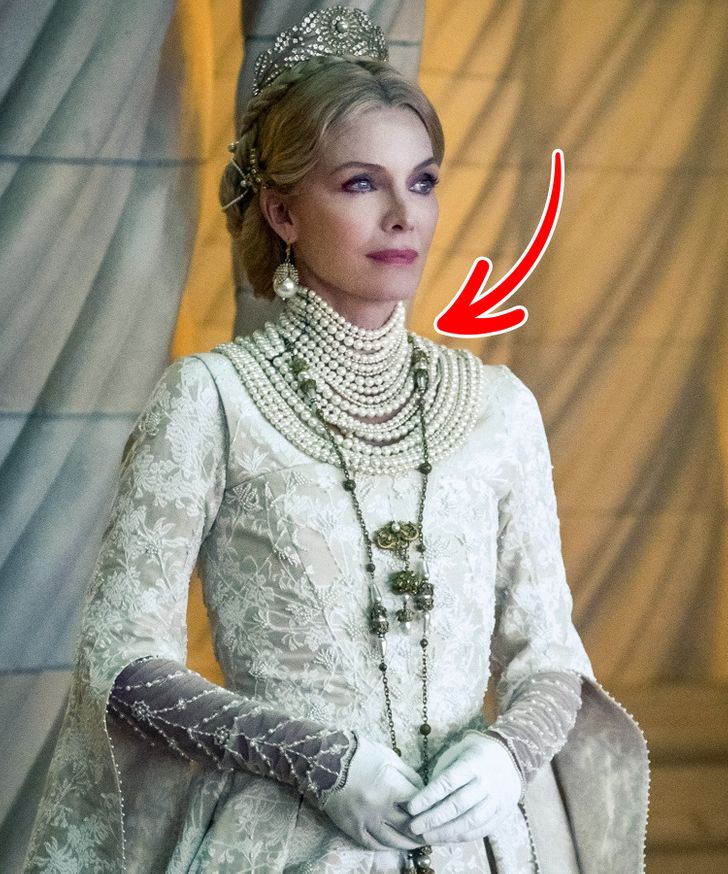 Queen Ingrith is pure evil. But costume designer Ellen Mirojnick doesn’t use color to highlight this, because the character is always wearing light clothing. The details of her personality are communicated with the jewelry the Queen adds to her looks. For example, the first time she appears, she wears a white dress and she has a lot of pearl necklaces. These details of Michelle Pfeiffer’s wardrobe show her character’s love for money and power. 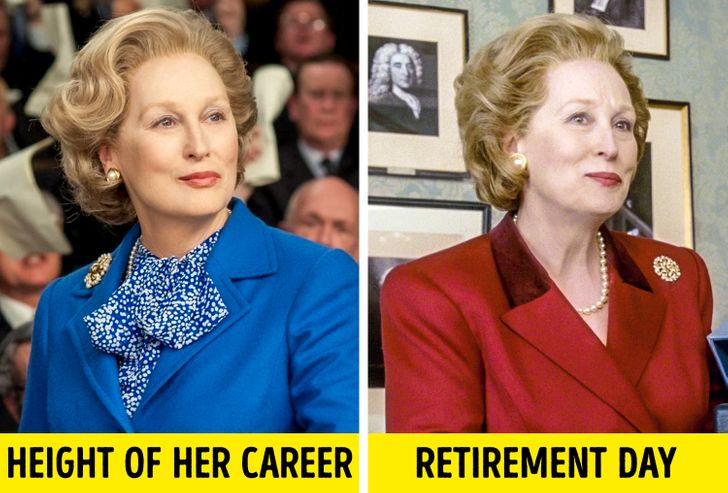 Meryl Streep, portraying Margaret Thatcher, wears an elegant 2-piece suit, pearls, and a blouse with a bow when she needs to demonstrate her power and her stable position in society. In the most powerful episodes, this effect is made stronger with the color blue — the character’s favorite color.

When Thatcher has to leave her post as Prime Minister, she wears a red suit for the first time. On one hand, this is her way of showing her strong nature and that she is ready to continue the fight. On the other hand, it means that she can’t keep the situation under control anymore.

8. The Phantom of the Opera 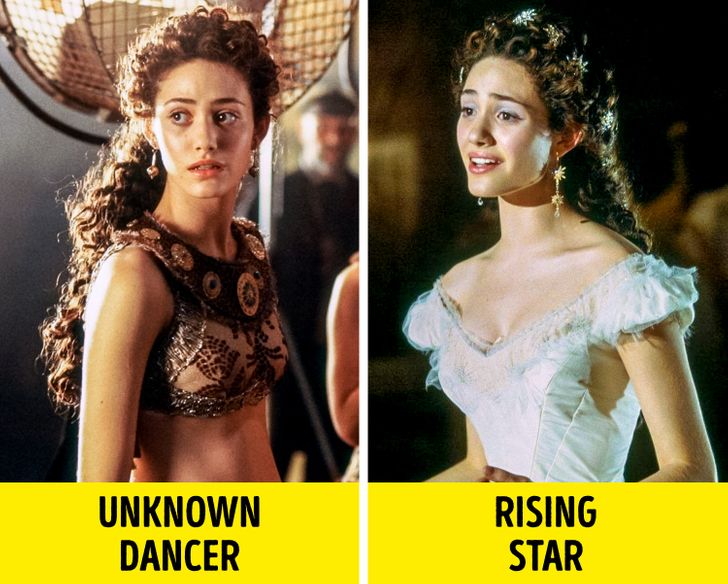 © The Phantom of the Opera / Warner Bros. Pictures

At the beginning of the film, Christine is dressed like all the other dancers. She is wearing a cream color top with gold details. The partial nudity doesn’t make the character any more special than the other girls.

But soon, Christine goes through a transformation. Her new clothes show less of her body, but now attract the attention of all the people in the audience. This is how changing clothes shows that Christine’s status in the acting group changes. Now, she is not just another dancer, but a star. 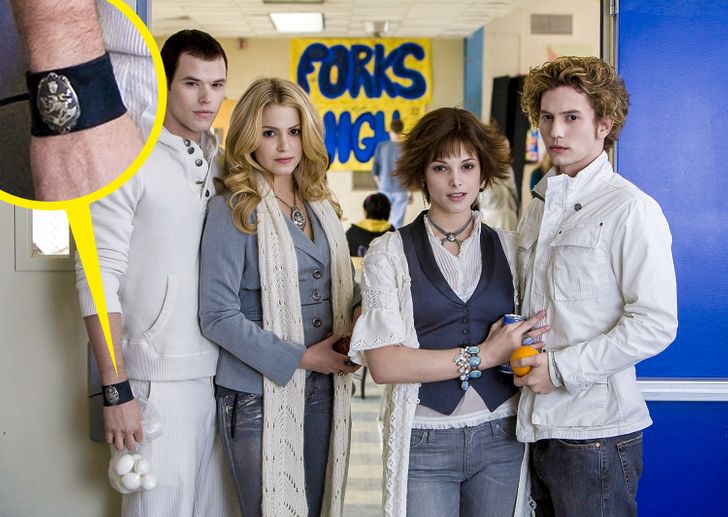 Stephenie Meyer, the author of Twilight doesn’t say anything about the Cullen family crest. But the creators of the movie decided to add a few accessories to the looks of the vampires using a crest, to show that family is very important to these characters. Emmett, Jasper, and Edward wear leather bracelets on their right hands. Rosalie prefers a big pendant, Alice wears a necklace. Carlisle wears a silver ring with an engraving on his left hand, and Esme wears a silver bracelet. 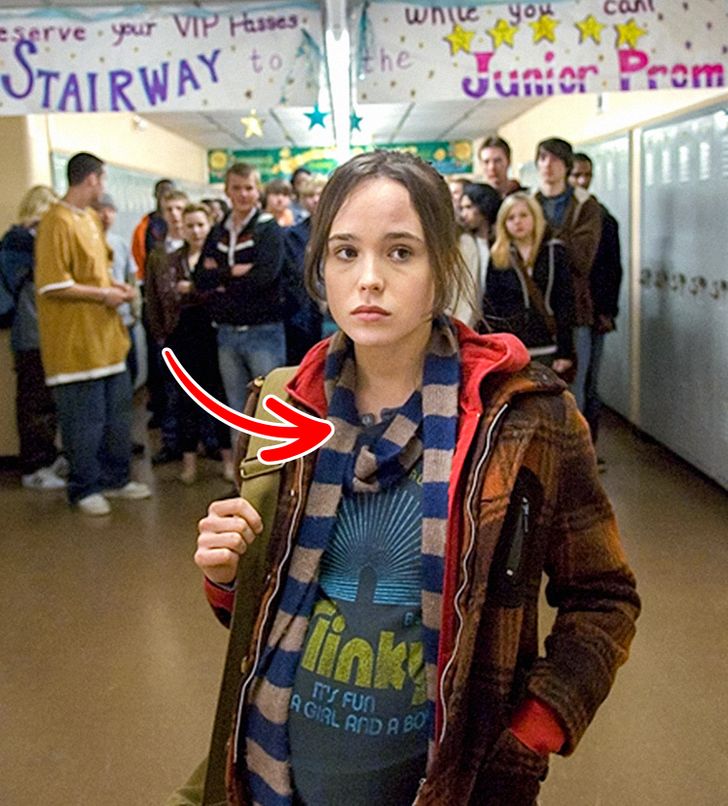 Striped clothes in films say a lot about the characters’ personalities. Very often, they are used to show how different the character is from others or how childish they are. For example, Juno always wears striped clothes. They highlight the playful personality of the girl and her unusual style and taste in music. 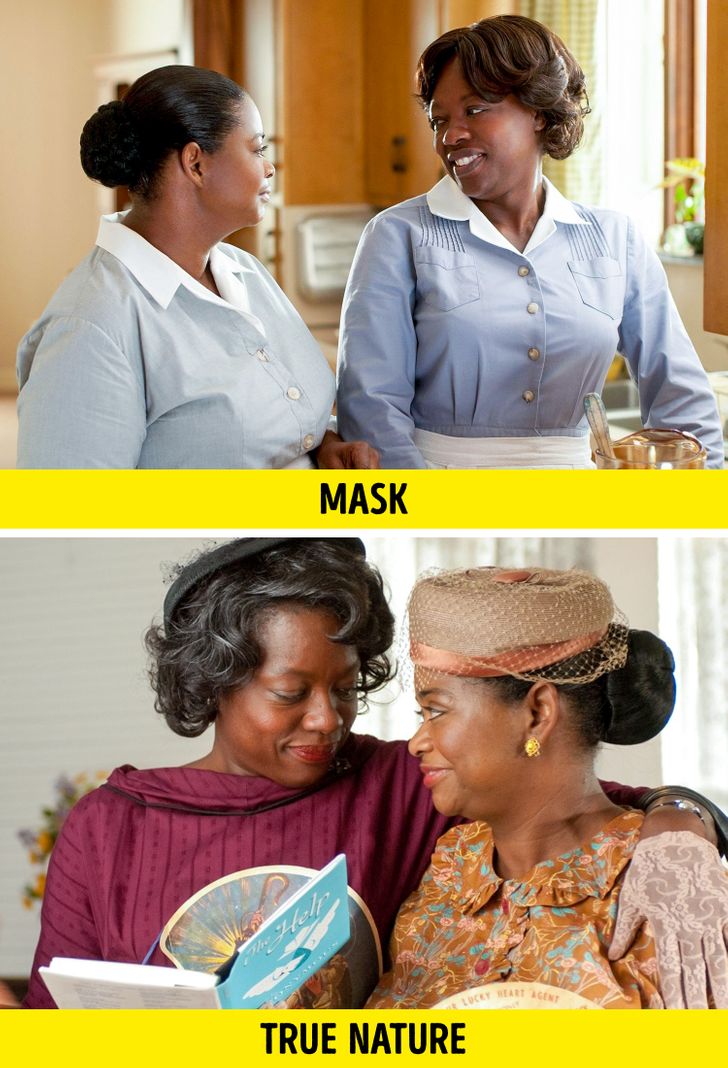 In The Help, the servants wear boring uniforms 5 days a week and they aren’t even allowed to wear earrings. For their masters, they are all the same. But when they attend church or go somewhere else on the weekends, we see them for who they really are. 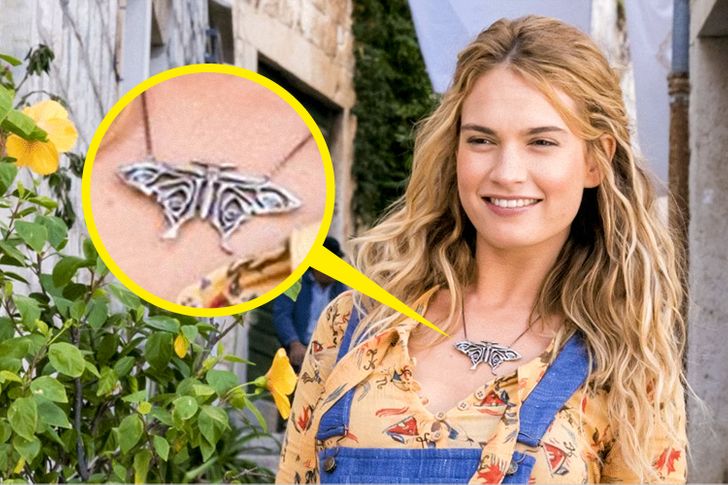 In order to show the special connection between Sophie and Donna, costume designer Michele Clapton uses the butterfly symbol. In her childhood, Donna used to wear a butterfly-shaped pendant and Sophie comes to the church wearing a dress with butterflies on it. This is how we realize that the daughter is wearing a dress in memory of her mother. 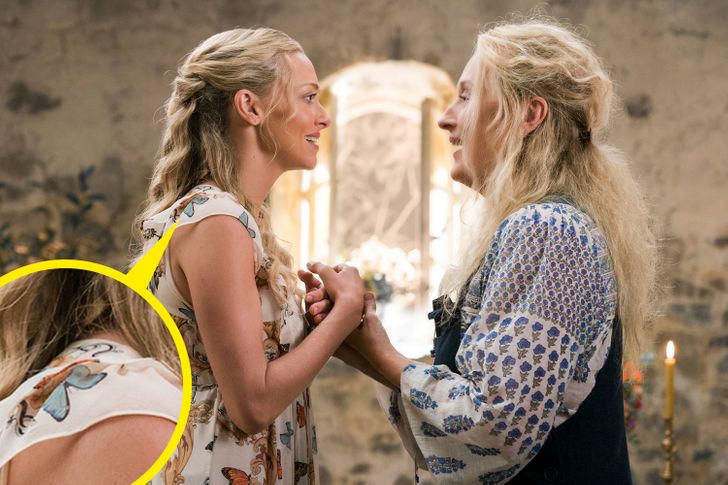 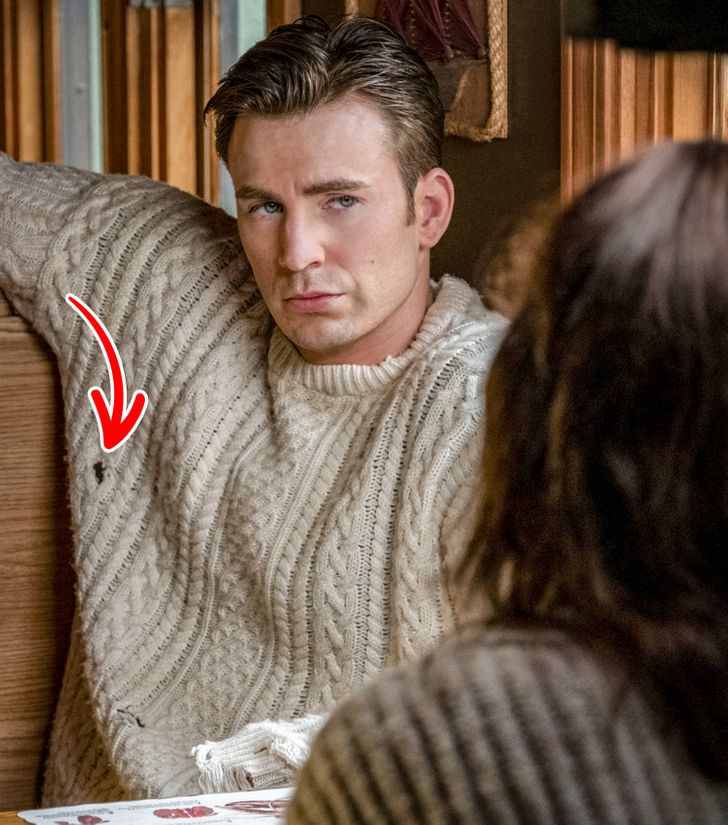 Ransom is a rich and spoiled man that doesn’t even care about his own clothes. They are in very bad shape: the beige sweater he’s wearing has holes in it, and the collar and cuffs don’t look good either. This is one way of telling us that Ransom doesn’t respect money or the people who give him this money, his family. 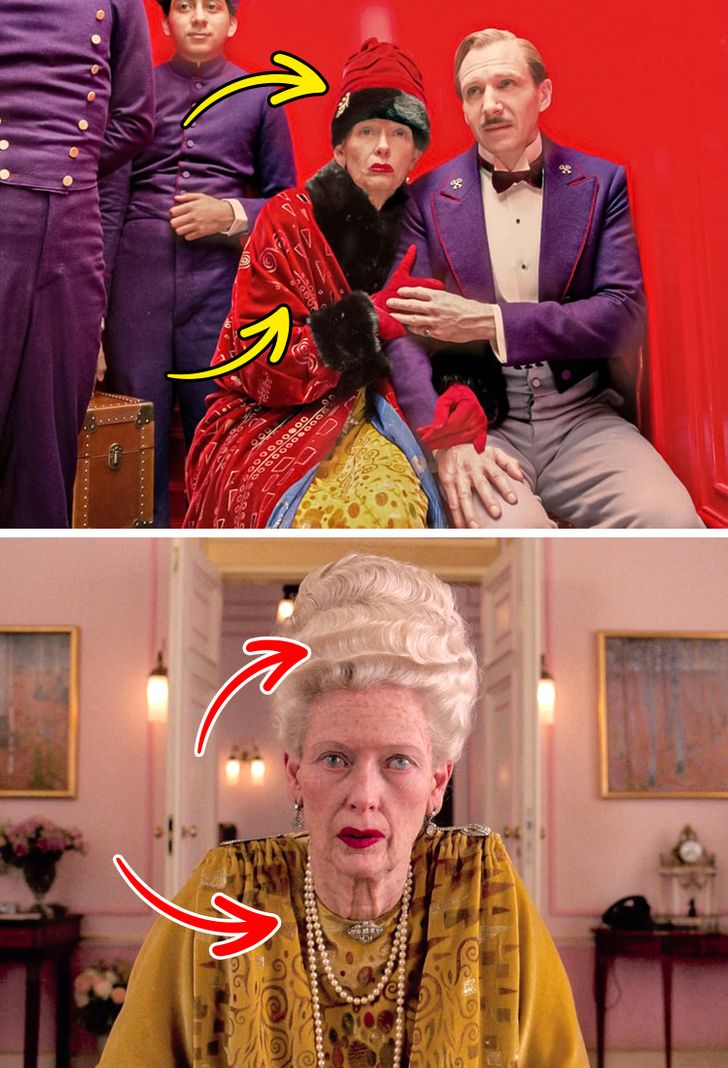 The wardrobe of Madame Céline Villeneuve Desgoffe und Taxis is a deliberate mix of different historical periods. Her red coat and hat are from the ’20s, her dress is from the ’30s, and her hairstyle is from La Belle Époque. This mix of styles indicates that Madame D. can’t put her past behind her and also that she is a little bit insane.

What interesting details have you noticed about characters’ costumes? Tell us about your discoveries!