We dream of a world in which women can walk alone in public and not look over their shoulder, but today’s reality proves to be anything but. According to statistics, approximately 65% of women in the US have experienced street harassment, 20% of which have reported being followed. Thankfully, many brave women are sharing their safety strategies to make sure whatever danger they’ve encountered never happens to someone else.

One woman was able to rely on someone else’s experience when she realized she was being followed, and we at Bright Side are passing along her story in hopes to prepare as many women as possible for the same situation if it arises.

A Reddit user was able to escape a potential stalker thanks to several comments on this very subject. At the time, she was finishing shopping at a mall with her husband but needed to use the restroom before leaving. Her husband went to wait in their car.

Upon entering the bathroom, she noticed a man inside, and he turned toward her as she walked by. Suddenly, she remembered a post about a woman being followed that she had read recently: A top comment said to never go into a public bathroom if followed. She promptly exited the bathroom and entered the main shopping area, but the man stayed close. 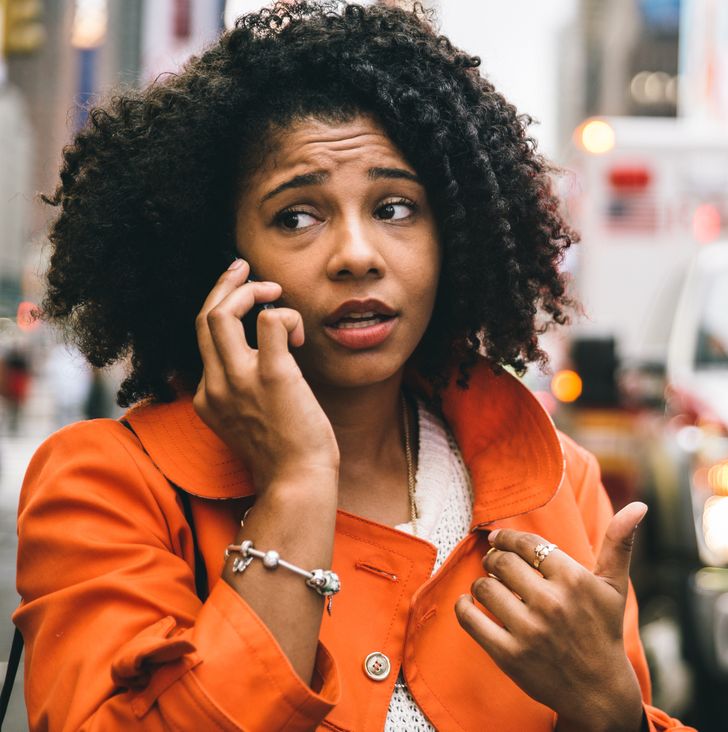 Then, the woman remembered another comment that said: “If you think you’re being followed, calmly turn and go into a store that the suspected person would not typically have interest in.” Instinct kicked in as she noticed a dollhouse store and made her way inside. The man followed her in again and kept looking in her direction.

At this point, fear became real. She rushed outside with the man matching her pace and keeping a close distance. The woman grabbed her phone, called her husband, and loudly said, “I’m being followed by the man behind me.” The husband rushed to her aid and the man who was following her made sure to leave immediately. The danger had passed.

Other women shared their own experiences.

The post gained a lot of attention and many women rushed to tell their stories and let everyone else know what they should do in a dangerous situation. 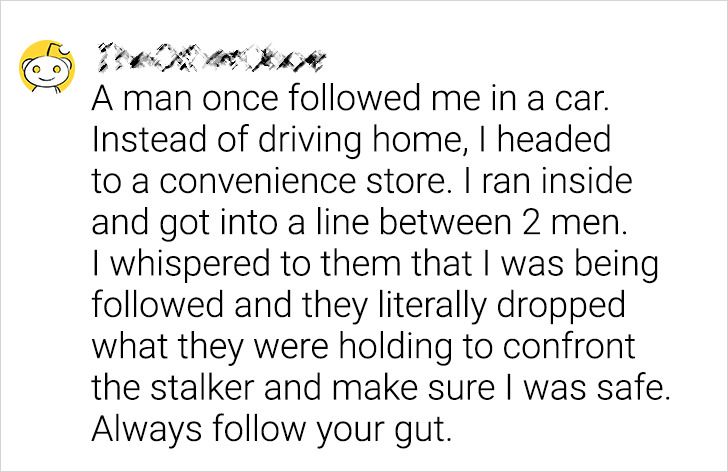 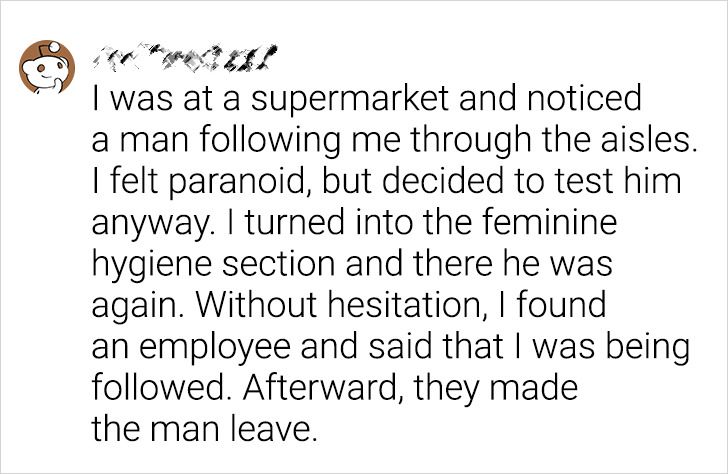 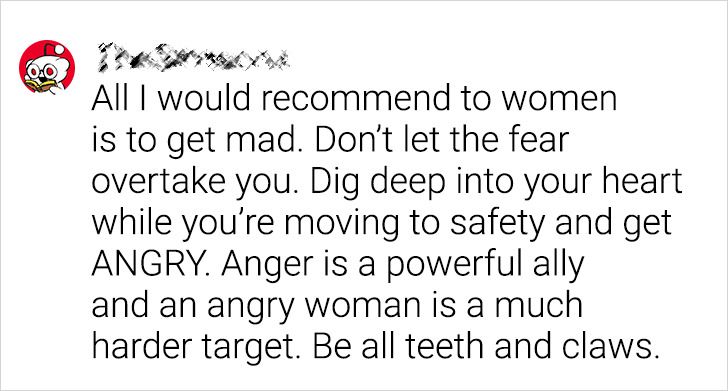 How do you stay safe out there? Do you have a similar story of your own?