It’s east to make assumption based on appearance, but those assumptions are rarely accurate.

Often, people mimic and make fun of other’s disabilities, but to put oneself in their shoes and see the world through others lens is whole different experience! It is high time people should be more considerate and compassionate towards other fellow beings and stop judging!This story is chilling to the core..

It a pleasant day until Justine Van Den Borne was returning from shopping with her daughter at the Mitcham Shopping Center, Melbourne and found a mortified note that left her jolted. 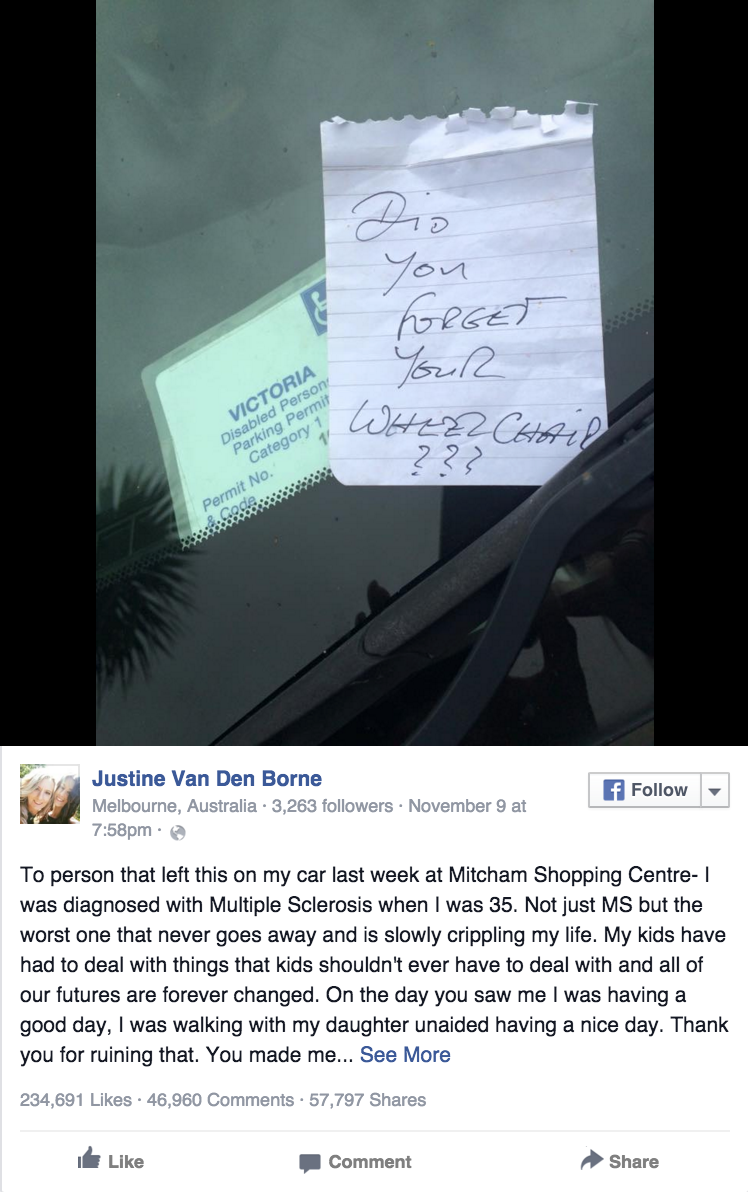 The moment she went to the hadicaped parking lot where her car was parked, there was a note on her windshield stating “Did you forget your wheelchair ?”.

Justine wrote a chilling response to the note, read it ahead!

#1 And she takes a stand for herself. 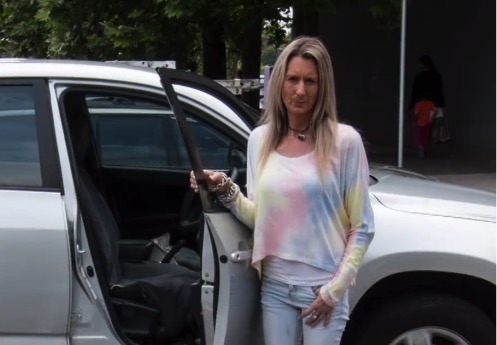 Justine went back home and dropped a note on facebook against the note. She told that she has been diagnosed with Multiple Sclerosis at 35! She wrote ” Not just MS but the worst one that never goes away and is slowly crippling my life. My kids have had to deal with things that kids shouldn’t ever have to deal with and all of our futures are forever changed. On the day you saw me I was having a good day, I was walking with my daughter unaided having a nice day. Thank you for ruining that. You made me feel like people were looking at me, the exact way I feel when I can’t walk properly. I am sick of people like yourself abusing me on my good days for using a facility I am entitled to.”

Suggesting disgust over similar instances, she wrote,” A disability doesn’t always mean a person has to be wheelchair bound but lucky for you I one day will be. Right now my focus is to walk into my best friends wedding next September and not have to be pushed. I will be 42. Before you ruin another persons day remember you don’t know everything and just because you can’t see it it doesn’t mean a person isn’t struggling to put one foot in front of the other.”

Her message was praised and supported by many folks.