Brad Paisley is a country gentleman through and through. His wife, Kimberly Williams-Paisley constantly attests to Brad’s good nature and humor. The story of how the couple met is incredibly interesting and perhaps surprising!

Brad Paisley and Kimberly Williams-Paisley have now been married for almost 20 years. And the couple is not shy about how they ensure to keep the spark between them alive. 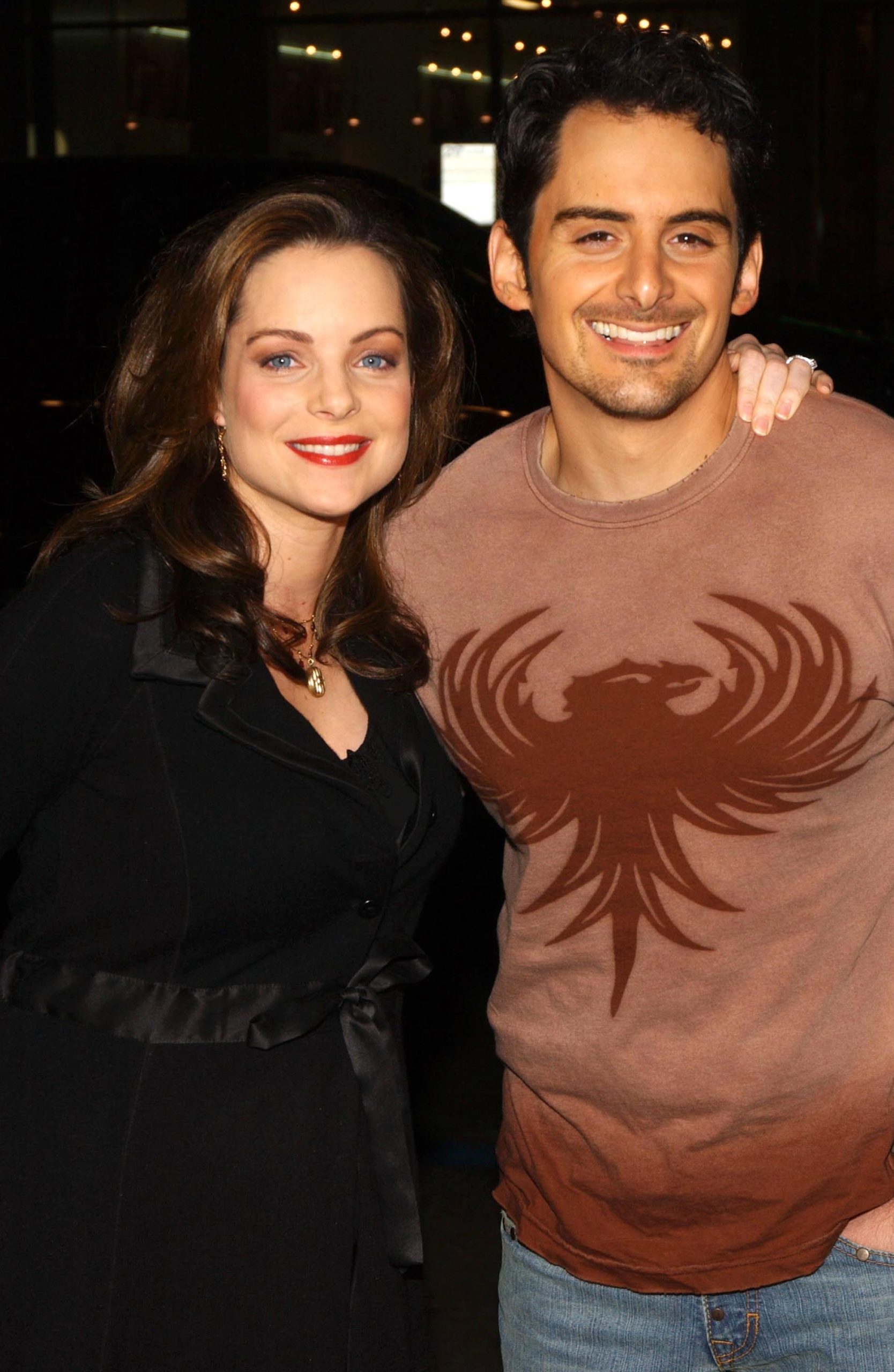 According to the couple, on every wedding anniversary, Kimberly takes out a journal in which both of them write down the highlights and meaningful moments they shared between them during the year. The two shared that they focused on moments filled with laughter because it ignited a “sense of play” in their relationship.

While the couple now has their rhythm and seems incomplete without one another, they didn’t start out like that. In fact, the couple did not even meet for a decade before Brad started to like Kimberly.

Brad has perhaps the greatest story of how he met his wife. It was at a cinema, but here’s the twist; Kimberly was the actress in the film he was watching. At the time, Brad was a 19-year-old aspiring country singer and on top of that, he was on a date with someone else! 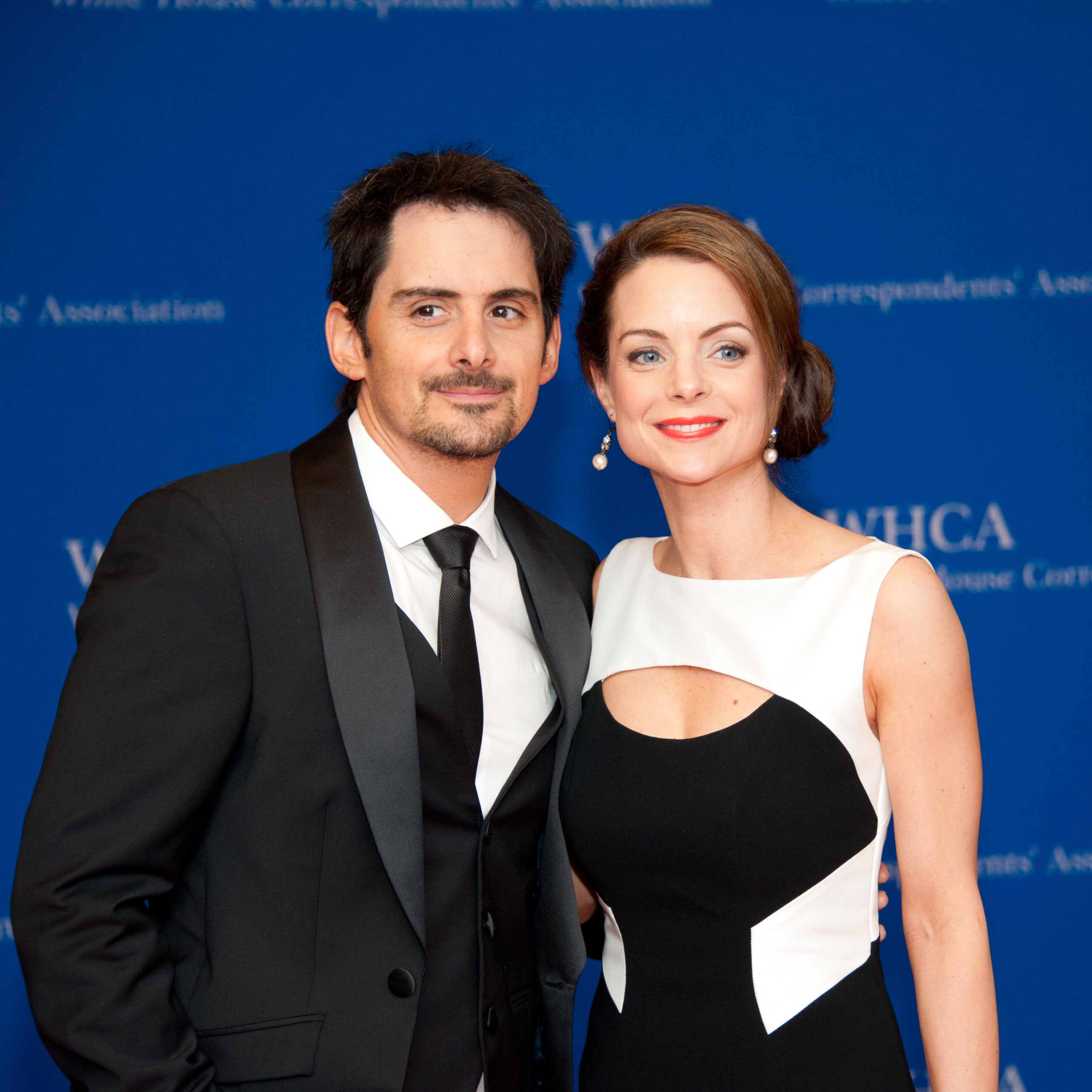 When the sequel released, Brad’s personal life was in disarray. The girl Brad had been on a date with when he watched the original “Father of the Bride” had left him for his best friend. Brad was in a sour mood and decided to go watch the movie’s sequel on his own. When he was watching the film, he saw Kimberly again and recalls thinking, “she seems like a great girl — smart and funny and all those things that are so hard to find.”

Fast-forward five years after watching the sequel and Brad still found himself single. But now, Brad was a successful musician who was steadily gaining more acclaim. That year, Brad had been named Academy of Country Music’s top male vocalist. 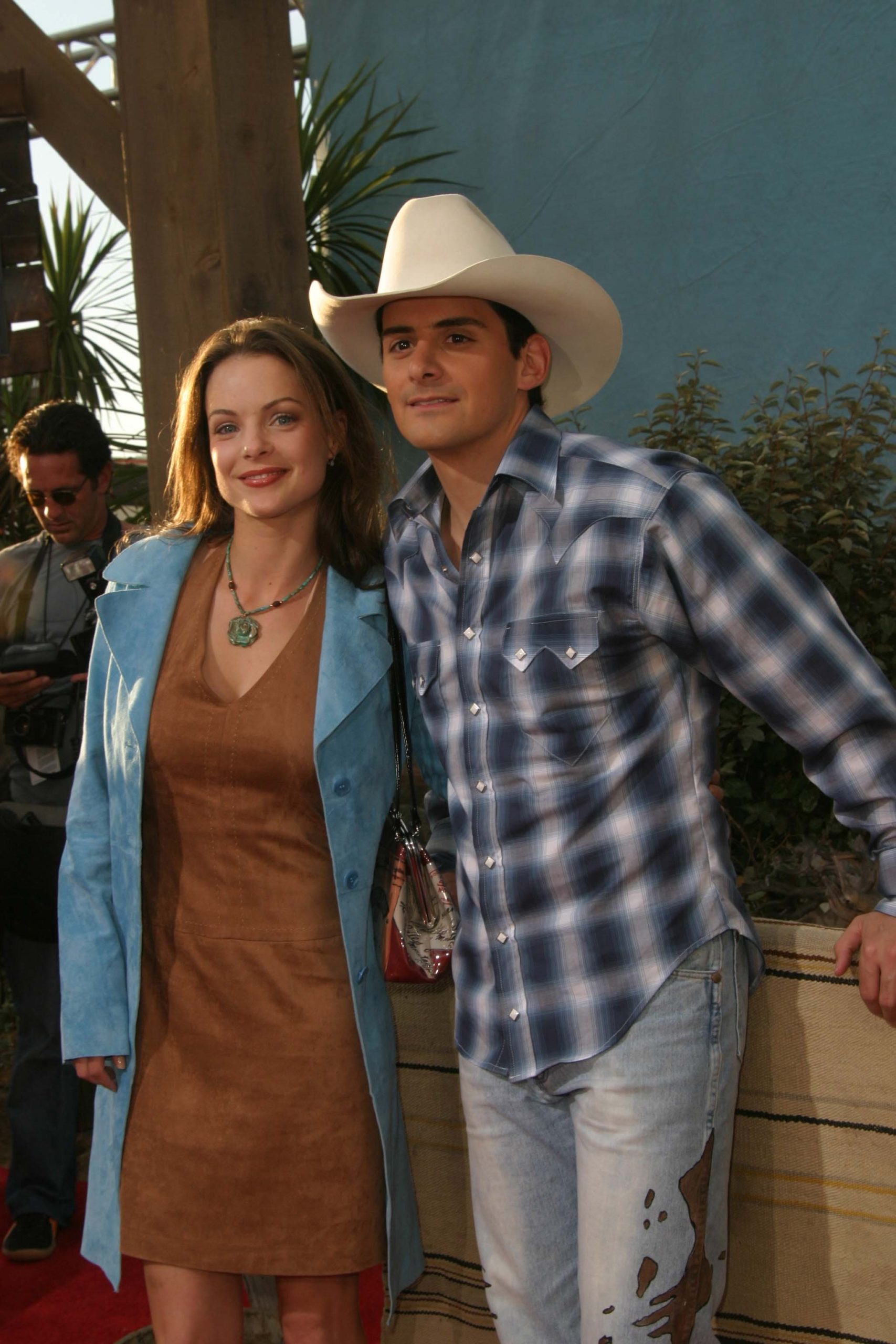 Brad’s album “Part II”, featured songs about an ex-girlfriend and even one about going to watch “Father of the Bride”. When time came to cast someone in the song’s music video, he instantly thought of Kimberly Paisley-Williams for the role.

Brad called the actress himself and they found that the conversation between them flowed naturally. Soon enough, the duo was talking on the phone every day.

When Brad told Kimberly he was going to be in Los Angeles soon, she immediately seized the opportunity and asked him out for dinner. She recalls the inc!dent, “He was such a polite Southern gentleman. I was getting impatient.”

Soon after their first date, Brad had decided to express in no uncertain terms to Kimberly that he liked her. He said in an interview about this once, “I really said to myself, This time I’m not going to play games. I’m not going to pretend I’m somebody else or do things I won’t be proud of later. I didn’t use my evil powers!” 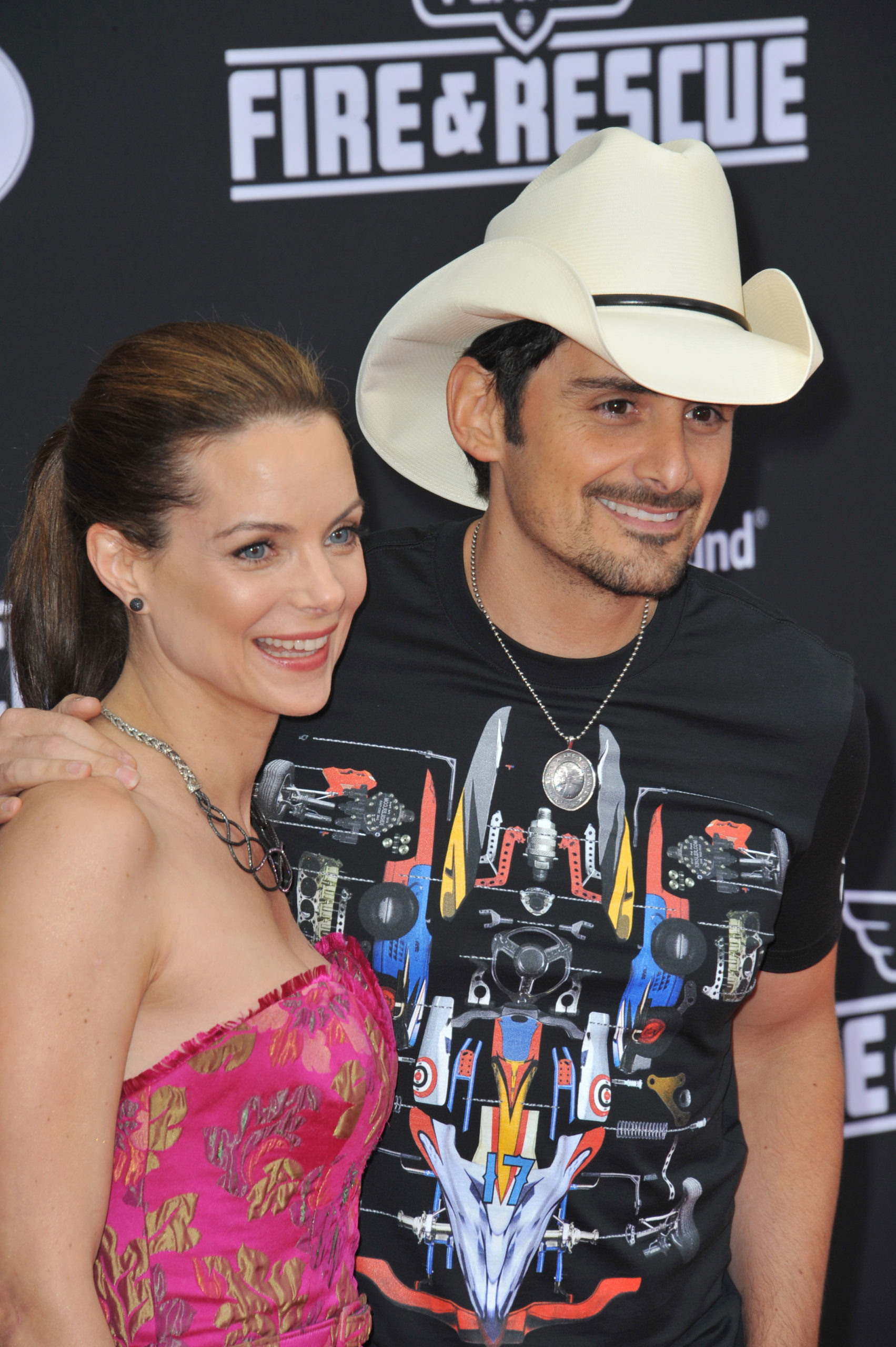 However, things were not always peachy for the couple. The duo struggled to fit into one another’s lives. Brad was a singer from a small town just getting famous while Kimberly was a born and raised New Yorker who had just relocated to another big city; Los Angeles.

Kimberly did not know the first thing when it came to country music and Brad was questioning her Hollywood morals. The singer has since then confessed that at the time, he had been a little judgmental.

But they also believed in their love. After their first dinner, they were convinced there was something between them. Kimberly said of their meeting, “We just felt like all the events of our lives had come together for us to meet right when we did.” 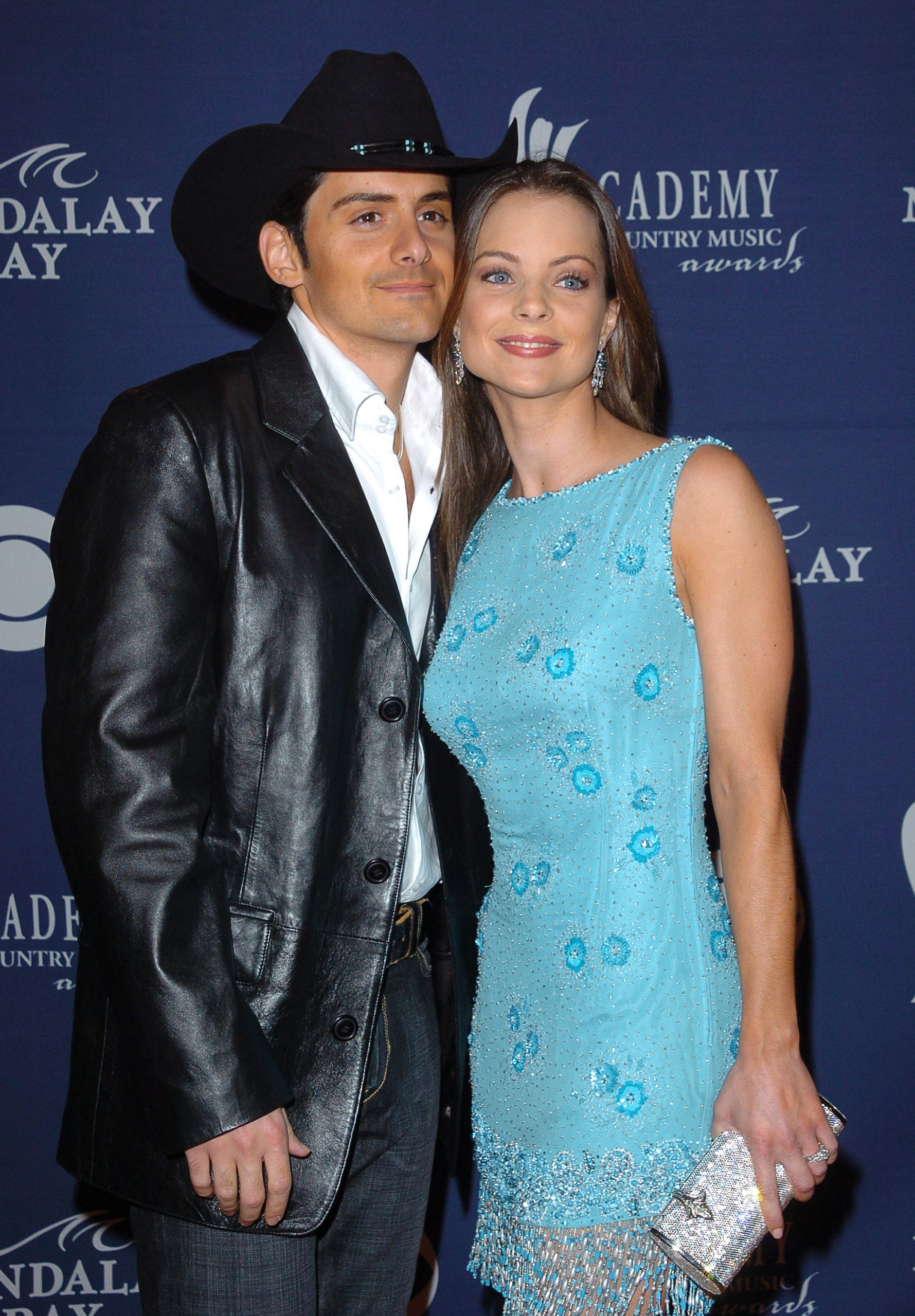 The couple even talks about making spontaneous vows to one another at the end of Venice Beach pier with Brad promising to always be by Kimberly’s side.

And just 6-months after they made vows to one another on the pier, Brad proposed at the same location. Kimberly has been known to joke about the exact location he popped the question in as being right in front of the public toilets!

And about 9-months after the proposal, the couple tied the knot. Because the two attended different churches, they had two pastors officiate at the ceremony! 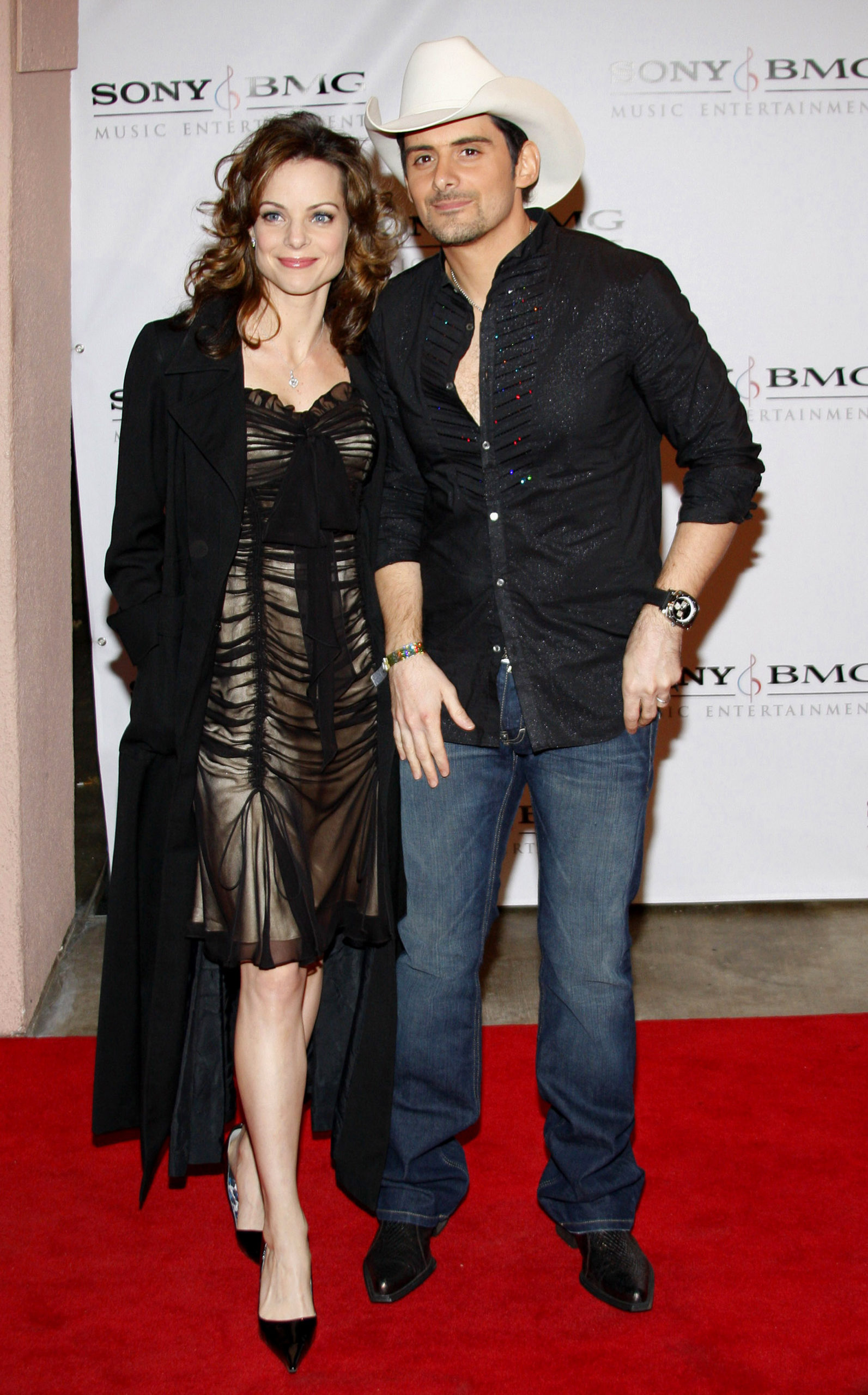 Now, years later Kimberly is quick to joke about her and her husband’s romance. She jokes about how Brad essentially stalked her, saying, “He stalked me and… Isn’t that romantic and he could have ended in ja!l or marriage, and I was like ‘Alright, I’ll marry you.’”

Kimberly is truly her husband’s muse as he regularly features her in music videos and has written a few songs about her as well. And the actress feels the same way about him, claiming she is his biggest fan and often finds herself thinking at his concerts that she hopes he will look at her!

The couple even renewed their vows 12 years into their marriage. According to them, Kimberly’s father told them that when a marriage hits its 12 year milestone, you know it is successful.

The renewal ceremony was a surprise for Kimberly. Brad arranged it with the help of a friend. The actress’ commented about the ceremony saying, “We did a really, really campy wedding vow renewal ceremony.”

While the couple seems perfect on paper, they do have issues like any other couple. While Kimberly prioritizes cleanliness, Brad believes a mess can be left till the housekeeper arrives.

And when it comes to conflict in the relationship, Brad shared that he is quick to apologize and Kimberly isn’t one to keep grudges. According to him, his wife keeps him grounded as well. Brad says anytime he starts taking himself too seriously, she brings him back to reality. He said, “You’ve got to have similar outlooks and really healthy senses of humor. Pretension should be completely gone in a marriage.”

The couple has a beautiful family together. Their older son was named William Huckleberry Paisley after the fictional character Huckleberry Finn and was born on February 22, 2007. And their younger son, Jasper Warren Paisley named after Brad’s grandfather and was born on April 17, 2009.

Brad shared that the fulfilment he found in his personal life really paid off professionally because now he has much more to write and sing about than he did earlier. “Before, I had nothing to write about but failed relationships and life on the road,” Brad said. He believes he feels emotions much more deeply now which he can channel into his music.

The family is incredibly tight-knit and Brad has revealed that his wife and kids get the first and exclusive previews of his music. And if they don’t like something Brad knows it won’t work and he trusts their instincts quite a lot!

Brad Paisley and Kimberly Williams-Paisley have made quite a beautiful life together even with all their differences. The couple really does prove that true love can conquer it all!

Share Brad and Kimberly’s love story with others to remind them that true love does overcome all differences!