Italian transgender woman Fulvia Pellegrino says she’s struggling financially as she embarks on a quest to change every part of her body.

With the full support of her devoted wife Marisa, Fulvia has spent almost $80,000 on surgery including more than 150 lip and cheekbone fillers, four bre*st implants, and two rounds of liposuction.

We all want to be the best version of ourselves we can be, and for some, that also means looking good. Or at least what we perceive to be “looking good.” This can entail everything from dressing up to testing new skin lotions and different beauty regimes to dieting or working out in a bid to feel good.

For some, though, this isn’t enough. However, if there’s anything plastic surgery has taught us over the years, it’s that it’s not – as was once assumed – all about drastically changing one’s appearance.

For some people, plastic surgery is more about feeling more comfortable with their looks.

Ultimately, we should all be able to do what we want where our appearance is concerned, so long as what we’re doing doesn’t impose any risks upon our life. Put simply, our bodies are ours.

Of course, a few people take it a bit further, namely those who want to change how they look entirely.

One such individual is Fulvia Pellegrino, 62.

Fulvia, who was born Fulvio, lives in Alba, Italy. She started to recognize she was transgender when she was 15 years old but was forced to keep it a secret because of her strict religious family.

Fulvia said: “I am not happy with my ‘perfect’ body, because it is not perfect. Perfection is something else.”

She even kept her true identity hidden from her wife Marisa who she married 32 years ago.

By day she was a happily married devoted husband but by night she visited g*y clubs and dressed in women’s clothing in their garage.

She said: “I was feeling trapped in my body. I hid in the garage and put make-up on and dressed like a woman,” she said, according to the Mirror newspaper.

“I never showed that side of me because I was ash*med of it.”

Fulvia tried to become the ultimate exaggeration of masculinity in public by buying g-uns and expensive cars.

She said: “It is difficult to grow up with a body which is not yours. You try to mask it in every way playing football, drinking beers, buying American 4x4s and go sho0ting to feel like a man,” she said.

“Instead you understand it is a mask and so you need to throw it away and become what you are.”

It was 20 years ago that Fulvia couldn’t hide her true identity any longer and told Marisa that she wanted to transition.

“Obviously Marisa lost if for a moment, it is not something that is easy to accept,” she said.

“Today Marisa and I are nothing more than two sisters. We live together, we argue like two normal people but not like husband and wife.” 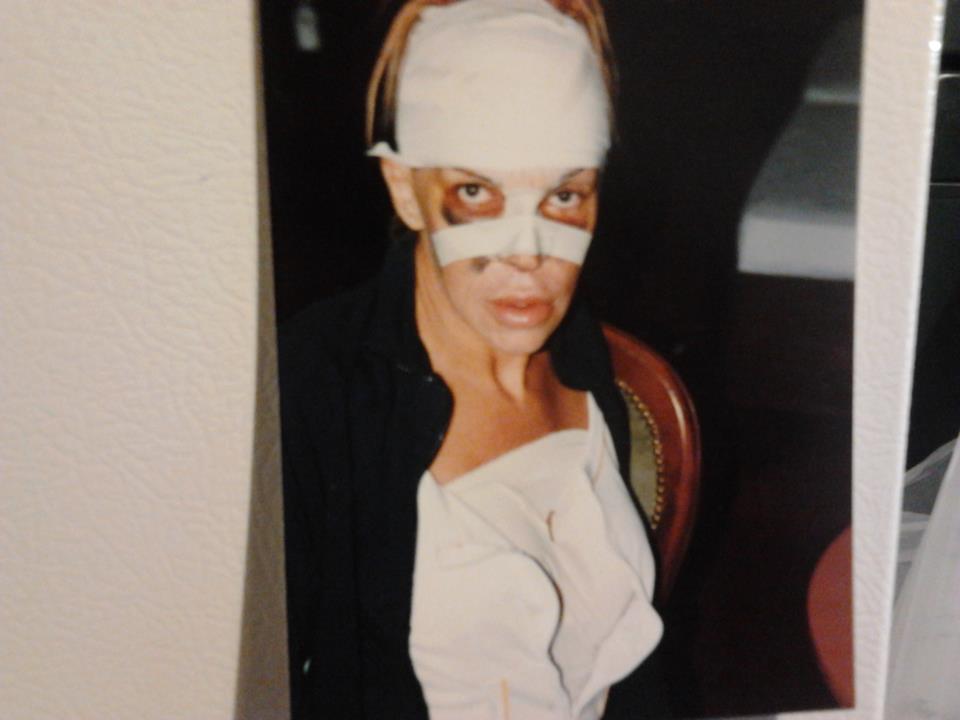 Fulvia began her transition and even sought counseling to help her come to terms with her new look.

She was accepted by her wife and even her two brothers, but her parents could not accept her as she was meant to be.

“I couldn’t be without Marisa and do what I do without her,” Fulvia said.

“My dad asked my wife to sign a paper to send me into a psychiatric institution to make me change my mind,” Fulvia said.

“It was very hard, when my father passed away, they didn’t let us go to the funeral because they were ash*med of us.” 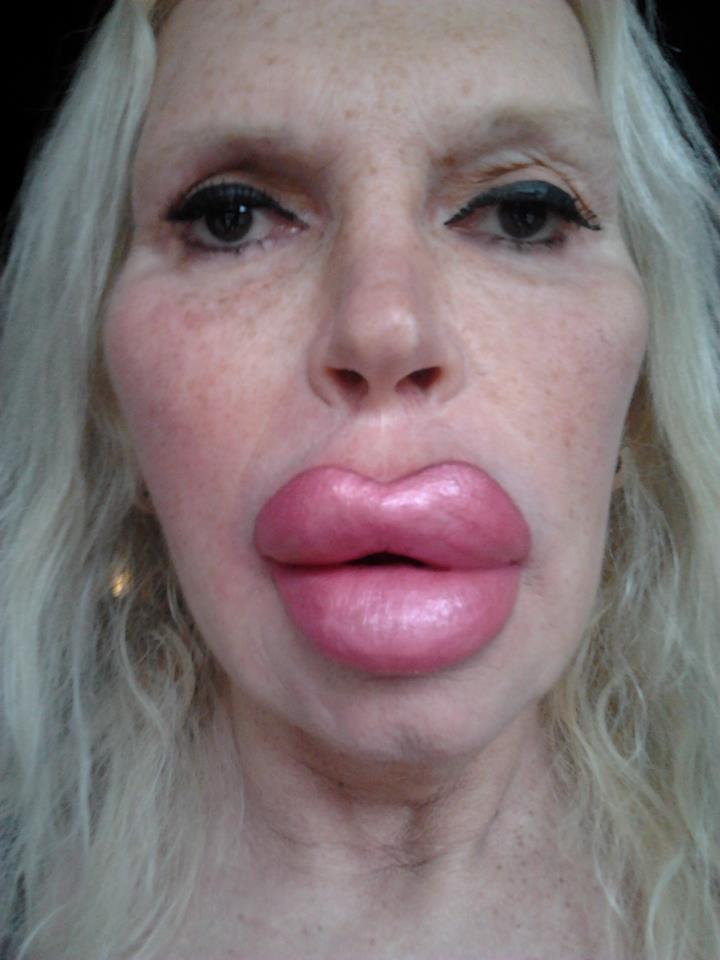 Fulvia continued with her transition and spent vast sums of money on surgery, including a £22,000 butt lift.

But Fulvia, who no longer works, struggles financially to pay for it all and has been forced to sell her g-uns, cars, and house in France. When she lived in the town of Peveragno, in northern Italy, people laughed at her.

“I am now the clown of Peveragno. They point at me, they talk about me, they start inventing stories about me that I am a prostitute,” Pellegrino told Barcroft in 2016. “My friends have all vanished — they didn’t accept me.”

Everyone has the right to decide how they look. Personally, I don’t cast judgment on others or their bodies. It’s the differences between humans that make the world the vibrant, colorful, and beautiful place it is – all of us have to respect a person’s free will.

But at the same time, Cosmetic surgery is not without risks and some people who are dissatisfied with their surgery may request repeat procedures and which can turn into a downward spiral that can be quite harmful.

“Plastic surgery is not a dr*g but it’s something that people like me need. I am not happy with my face and other parts of my body,” she says and adds:

“I won’t stop here; I want to go ahead because it’s not perfect. If I reach perfection maybe I will stop.”

If you watch the video, you can see how Fulvia looked before her transformation, and it’s pretty crazy to see her before all the surgeries and injections. It’s hard to believe it’s the same person!