‘Craniopagus Twins’ that is the term used to describe children born with this condition. These twins from Braidwood, Illinois are just 13 months old. The surgery was carried out at Children’s Hospital at Montefiore Medical Center in Bronx, New York.#16 The hardest type of twins to seperate 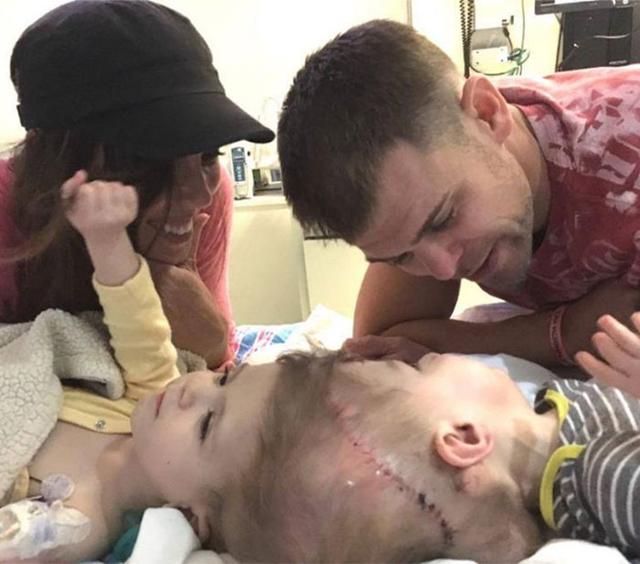 The Craniopagus twins are one of the hardest types of conjoined twins to operate. While 40 percent are ‘still born’ and 80 percent of those who survive birth d!e before the age of two. 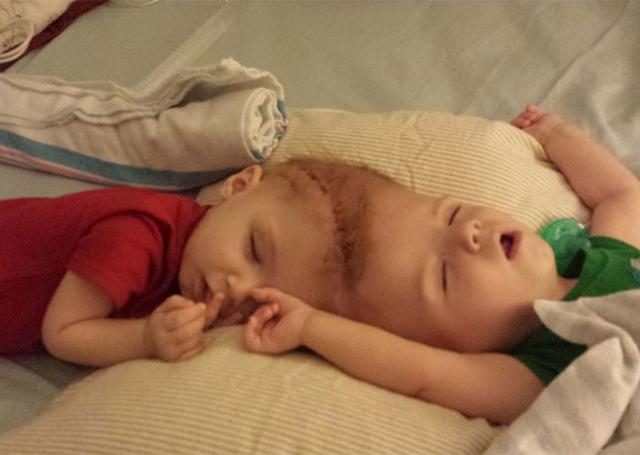 The doctor who operated on the twins was Dr. James Goodrich, who is said to be the national expert in this niche field of medicine. 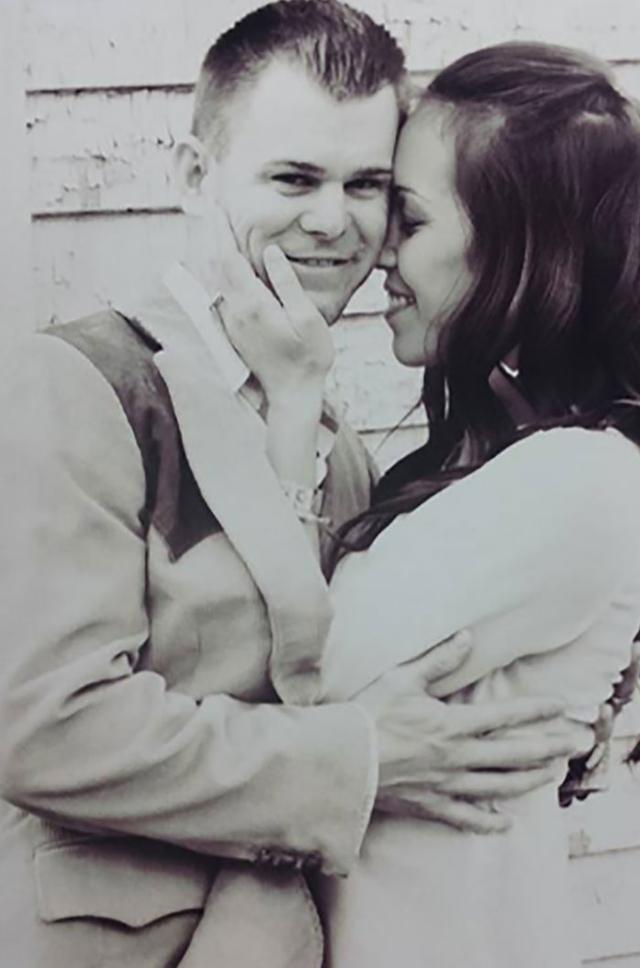 The parents Nicole and Christian McDonald found out that the twins they were expecting were conjoined during a routine ultrasound in May of 2015. 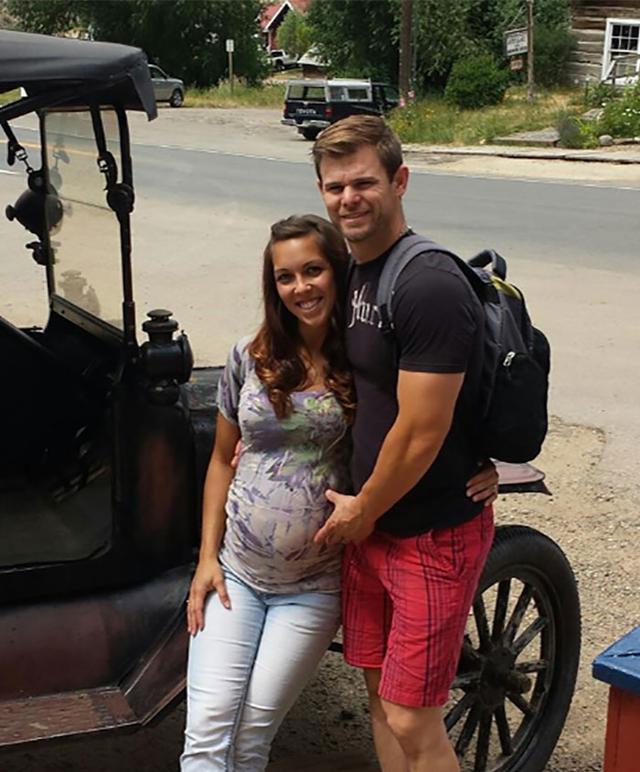 When faced with the risks if they didn’t opt for surgery and that of if they did opt for the surgery was quite scary to the parents. Both the choices had a lot of complications which would have resulted in the de*th of the twins. 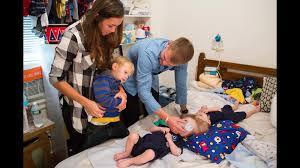 But they decided to go with the surgery. The risk factors that could result in the de*th of both the twins were great. To which the twin’s father, Christian, told CNN ‘We know that is definitely a real possibility, but we’re still going to love our boys.’ 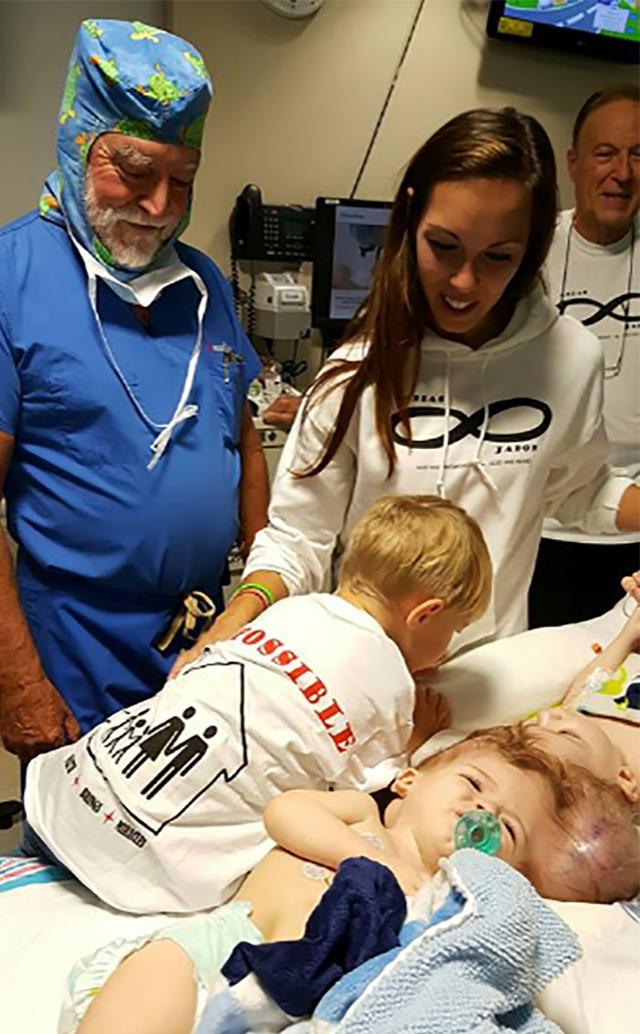 The doctor heading the surgery, Dr. James Goodrich has already separated seven sets of twins. He opened up to CNN about separation surgery which he says is ‘actually pretty awesome.’ 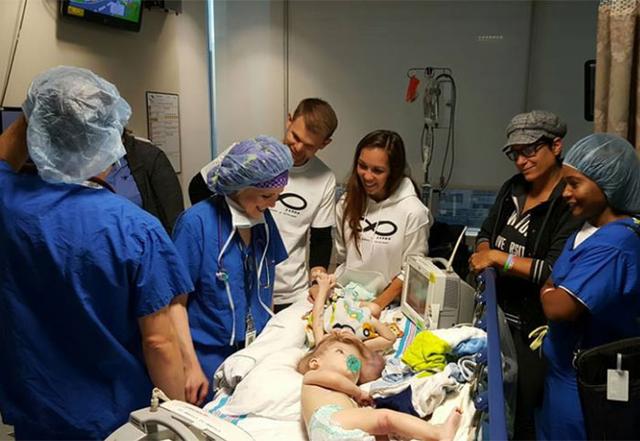 ‘It’s chaotic. You’re trying to get two kids on two tables…The problem is when you have nothing holding the brain in because the brain can actually slip and fall out. So, it’s quite a treat to get them repositioned.’ 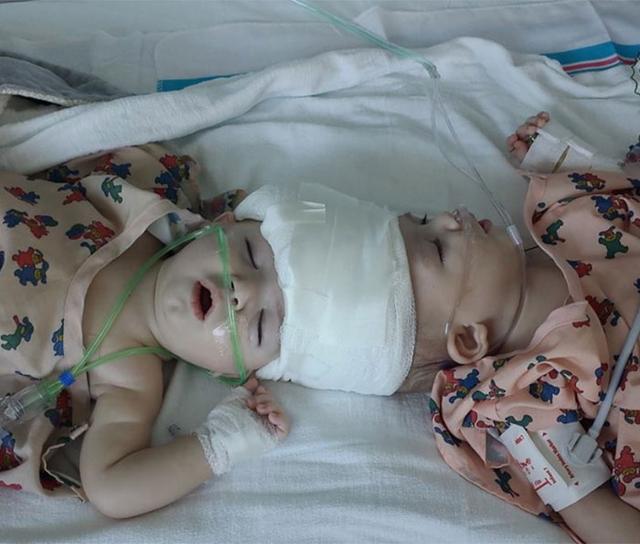 The main focus of this surgery, which cost 2.3 million, was to make sure that both the twins had enough skin to cover their scalps for which they had to undergo 3 surgeries. 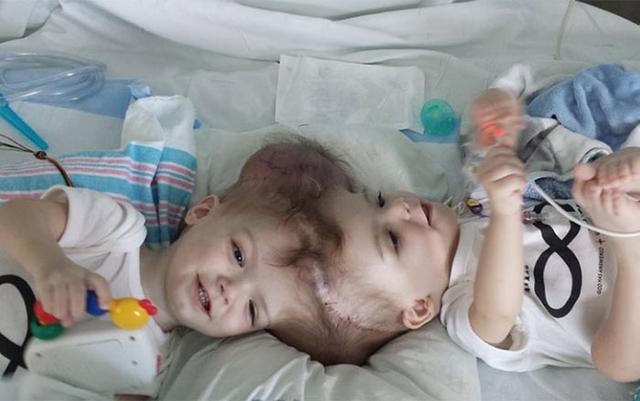 To cover the scalp, the doctors inserting tissue expanders into the heads. Dr. Goodrich said, ‘This is about as complicated as it gets.’ 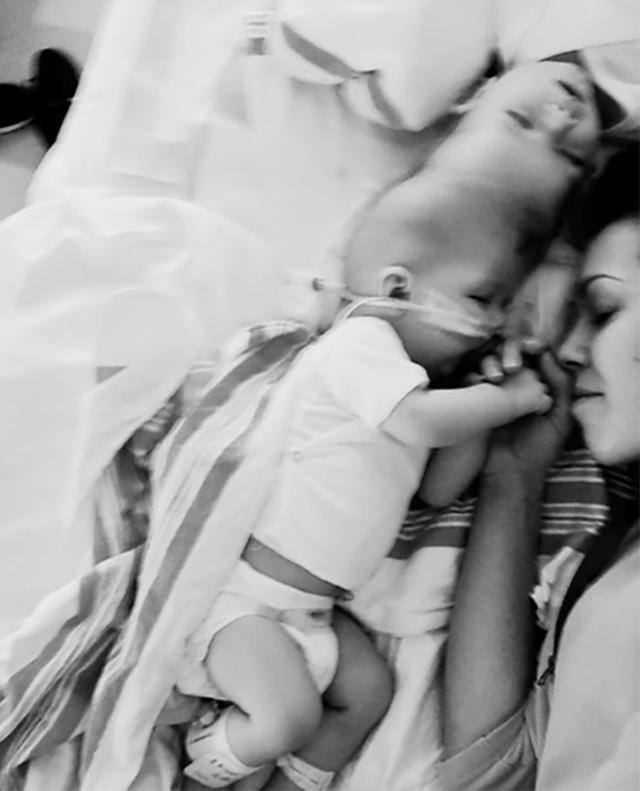 The twins were born on September 9, 2015. Their father told CNN,’They were normal little boys, like any other two little babies you would expect to see – except for being conjoined.’

On the morning of Oct 14, 2016 the boys were wheeled into surgery to give them a second chance at life. Their mother, Nicole, gave updates throughout the 16-hour surgery on Facebook. 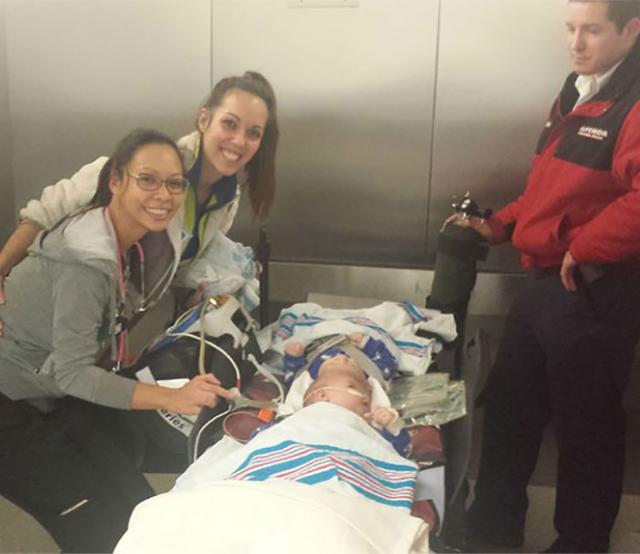 ‘No news is good news, I suppose. They have made their way around to the side of the boys’ skull and will be reaching the dreaded area of shared brain tissue around 5 o’clock NY time. Everything is going well overall and the boys are tolerating anesthesia just fine. So far everything they are doing surgically has been done before.’ 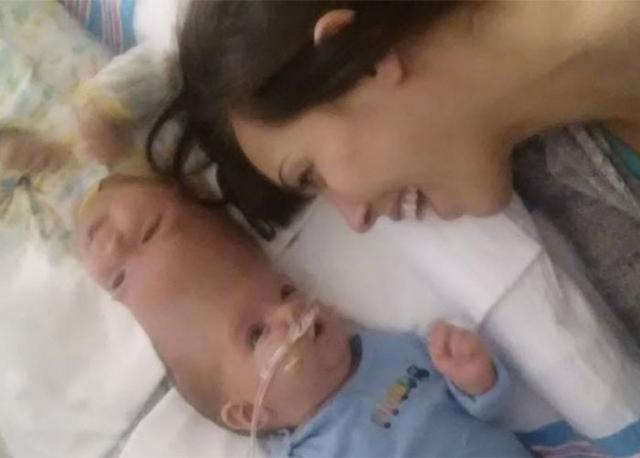 ‘The fourth and final stage of the procedure is beginning. They are repositioning the boys and preparing to open the final area of their skull. Anias is beginning to sound very congested. With the last surgery, prolonged anesthesia and prone positioning causing fluid to accumulate in his lungs and was eventually what caused him to go into heart failure. I pray this is not the case this go-round.’

#4 Anias suffered the most because of his condition 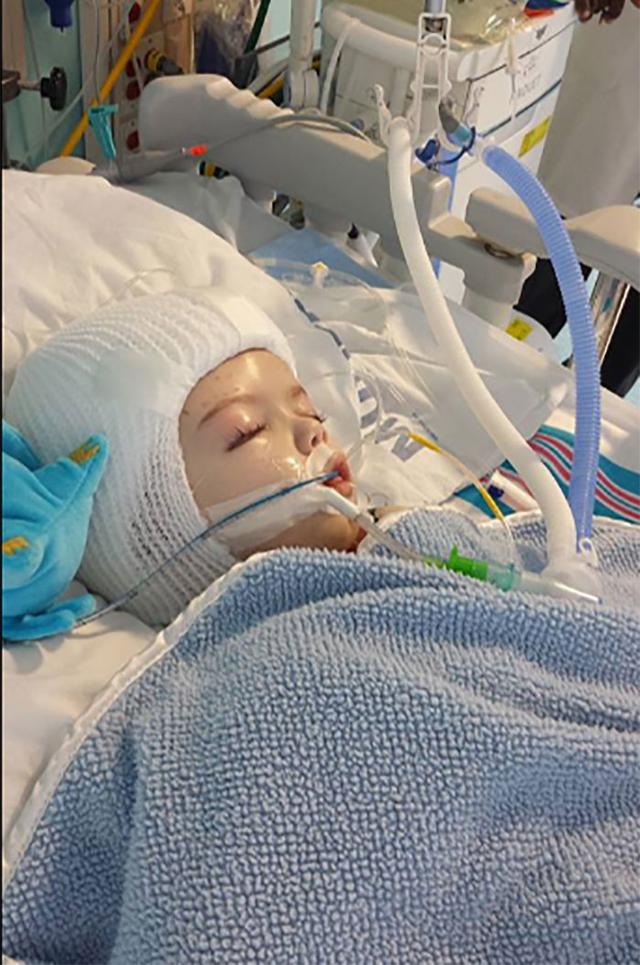 Anias had a hard time being conjoined than his brother. ‘He’s got breathing issues and feeding issues,’ said his mother.

#3 Anias was in surgery the longest 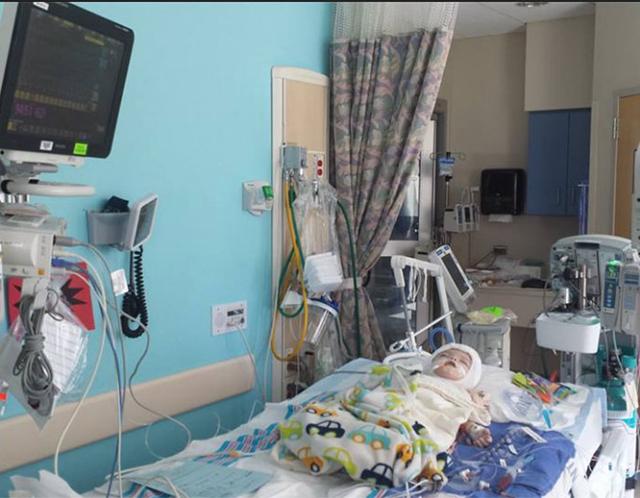 After the separation, even after Jadon was taken out, Anias stayed in surgery. His mother updates,’They had to reopen Anias’ incision. He’s still in surgery. No idea how much longer it will be. My heart aches for him all alone down there without his brother. Such a scary time to be alone.’

#2 5 hours later, Anias was out of surgery 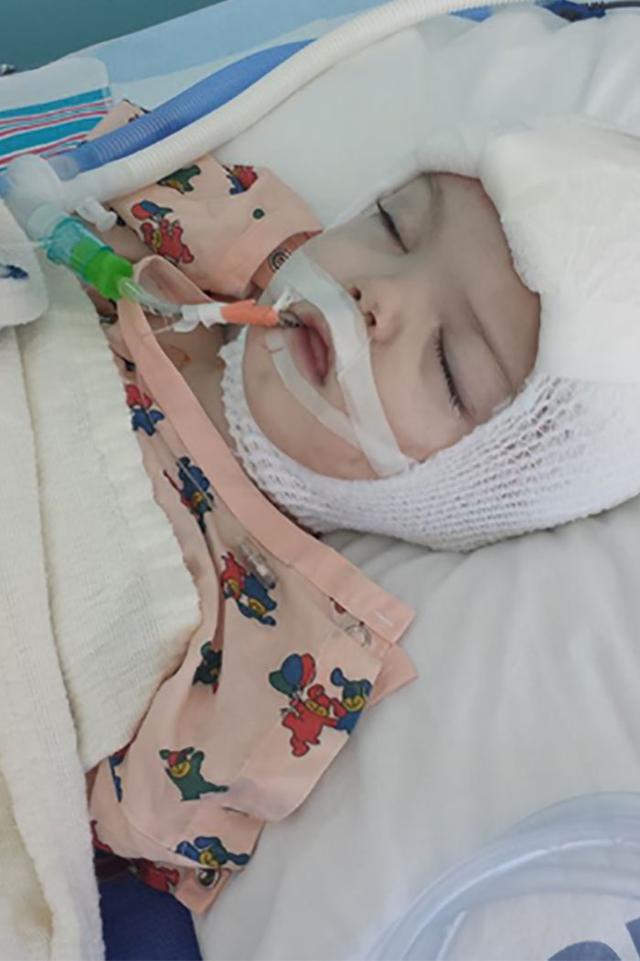 After the exhausting surgery Dr. Goodrich simply said,’Well, we did it. It ended up being much more complicated than originally anticipated because despite all the high-res imaging done, they did not really show how intertwined their vasculature really was.’ 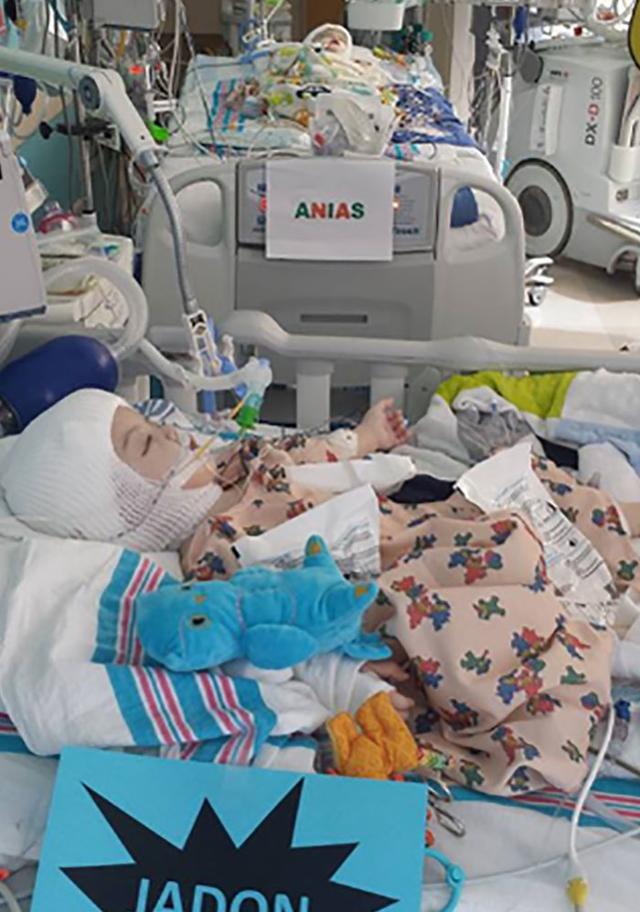 Their mother poignantly wrote at the end of their surgery: ‘Finally reunited. How surreal. I now realize that I always saw you as separate because seeing you like this is really nothing different to me. When I stand at your bedside, Jadon, it’s almost as if Anias is still there. Anias, when I leaned over you I protected my hair from Jadon. But the view is still the same. This is how I always saw you. I love you so much. Now it’s time to step forward into the new chapter of our life. I’m ready to f!ght and I know you are too. Thank you, Dr Goodrich, Dr Tepper, Kamilah, Martine, Dr Kahana, Dr Mann and everyone else at Montefiore. Your hands performed a miracle today. We love you.’