There’s very little wondering what your baby will look like and the sex any more thanks to these amazing scans.

But what doctors can’t show is your baby’s coloring, how much hair they’ll have and the color of their eyes.

When baby Bence was born at a hospital in Székesfehérvár, Hungary, he left his parents shocked and doctors scratching their heads.

This sweet bundle of joy was not only born with a full head of hair, but his hair was gray.

As the third child born to his parents, they wondered what the reason could be for this real-life Benjamin Button as doctors ran a series of tests to determine the cause.

But Baby Bence was born a healthy 12 pound-baby and as a chilled little bundle there was no sign that he was in any discomfort. 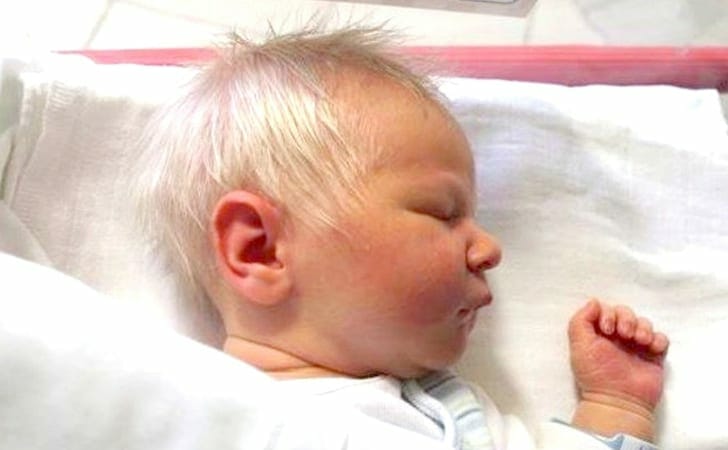 While his parents were overjoyed at the arrival of their happy, healthy baby, doctors were ruling out a number of possible causes, including albinism, the genetic disorder that causes the skin, hair, or eyes to have little or no color.

Other possible explanations were stress or anxiety triggered by the mother during pregnancy, but this was also ruled out. “According to doctors, white hair in babies is in fact usually associated with genetics. Often, it can be caused by vitamin B12 deficiency or even mutant hair cells,”

But whatever the reason for this rare coloring Baby Bence is winning the hearts of not just the internet but also hospital staff who have nicknamed this beautiful baby “Prince Charming”.